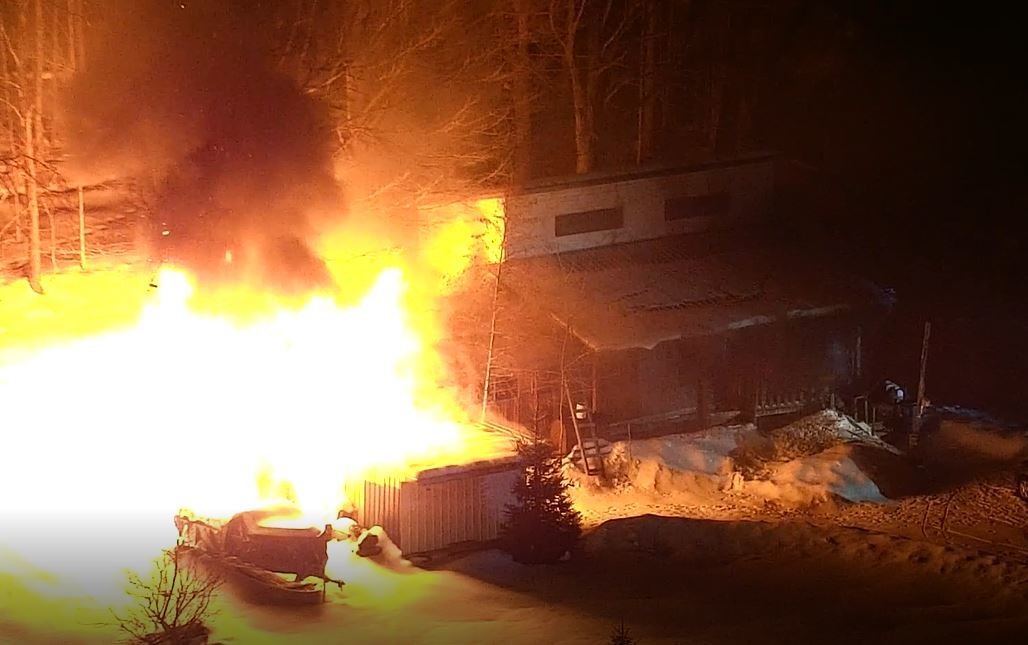 ON FIRE — Flames shoot from the home at 1266 Route 12B in Lebanon, where law enforcers say they found that Joshua A. Wilcox, age 41, was armed and had barricaded himself inside the home along with members of his family.
(Photo courtesy Madison County Sheriff’s Department)
Posted Thursday, February 18, 2021 10:40 pm

TOWN OF LEBANON — No one was injured after an armed man is accused of setting fire to his own home during an 8-hour stand off with law enforcement overnight between Wednesday and Thursday, according to the Madison County Sheriff’s Office.

Sheriff Todd Hood said deputies were dispatched to 1266 Route 12B at about 7 p.m. Wednesday for reports that 41-year-old Joshua A. Wilcox had a gun and was threatening to shoot himself and members of his family.

Hood said Wilcox had barricaded himself inside the home by the time deputies arrived.

Deputies were able to evacuate the family without incident, authorities said. Wilcox continued to threaten to harm himself, and negotiators worked to talk him down.

Wilcox surrendered after setting fire to the home, officials said. He was taken into custody.

Wilcox is charged with one count each of second-degree menacing and third-degree arson, authorities said.

He was taken to a local
hospital for a mental health
evaluation.