The Griffin Charitable Foundation (GCF) of Rome has gifted the Project Fibonacci Foundation, Inc. $250,000 in support of its MOSART Center … 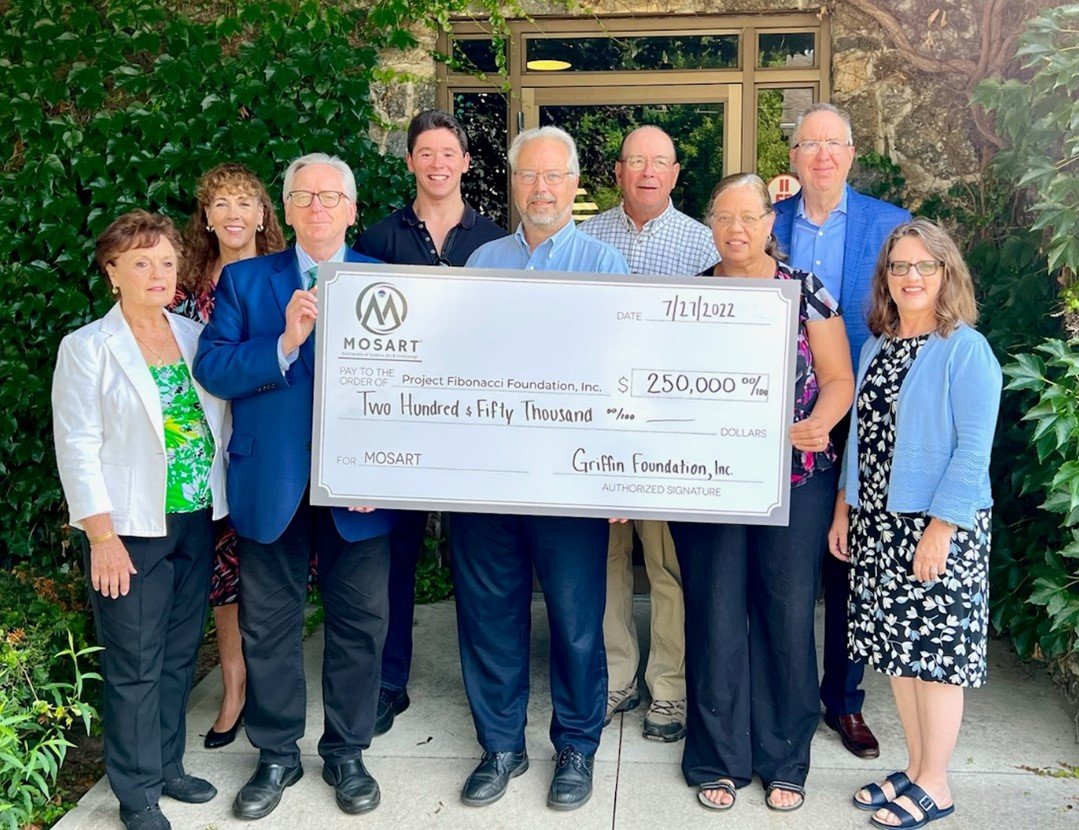 ROME — The Griffin Charitable Foundation (GCF) of Rome has gifted the Project Fibonacci Foundation, Inc. $250,000 in support of its MOSART (Multiversity of Science, Art, and Technology) Center scheduled to open in downtown Rome in 2023.

PFF is a local non-profit charitable organization dedicated to Science, Technology, Engineering, Arts and Mathematics (STEAM) leadership education with an entrepreneurial focus. GCF is a private foundation founded in 1998 aimed at assisting the educational, health and wellness needs of those in the Rome community.

The GCF has become the newest member of PFF’s First Founders Club by committing a multi-year $250,000 gift to help establish the highly anticipated MOSART Center offering a modern museum concept along with hosting a variety of STEAM learning activities and guest speaker events.

According to PFF chair Dr. Andrew Drozd, negotiations are underway to purchase a building and he is hopeful for an announcement soon.

“We are super excited to launch the project next year and are humbly grateful for the Griffin Foundation’s support of our MOSART vision, which carries on their family’s efforts of community building and enrichment,” said Drozd. “We thank them for their generosity and count ourselves fortunate to be a part of a caring, thoughtful and forward-thinking community of givers.”

Dorothy and Bill Griffin, siblings and former owners of Varflex Corporation, 512 W. Court St., left a lasting legacy on Rome and the region through their acts of philanthropy. Dorothy lived to be 100, Bill to 94, and many members of the Varflex family knew them well, including the types of causes they felt strongly about and the projects they championed. Since the passing of Dorothy in 2015 and Bill in 2019, their work has been carried out through their individual charitable foundations and now the merged Griffin Charitable Foundation.

“The Griffin family has taken a significant lead in advancing our community in so many ways, especially supporting efforts that benefit health and well-being, education and the future of our local youth,” said Dyann Nashton, GCF community liaison.

Drozd said the Griffin family’s contribution to the MOSART project is helping build a legacy for families throughout our area for generations to come.

“The community will soon learn more about the exhibits and programs that will be part of a modern museum concept ― an entirely new experience for families aimed at promoting STEM plus arts educational success for their children by providing an environment that sparks curiosity,” he said.

According to Chuck Schoff, GCF board member and Varflex CFO who worked closely with Dorothy for close to 40 years, educational endeavors meant a great deal to her because she was a teacher after college and before joining the family business, and she was also very concerned about health care and the needy. According to both Schoff and Dan Burgdorf ― GCF chair and Varflex CEO — Dorothy’s biggest priority was always the Rome community.

In light of that priority, MOSART’s location in downtown Rome accents the arts and entertainment district and complements its many cultural and historical offerings, Drozd said.

“Transformational to Rome, and to draw people from within and outside the area, we want to give MOSART high visibility, public accessibility, and proximity to nearby family-friendly venues such as Fort Stanwix, Rome Capitol Theatre, Rome Historical Society, local restaurants and the many businesses in our area,” said Barb Welch, PFF special projects coordinator and president of AndroMetaX, Inc. of Rome, a New York State Minority Woman Owned Business Enterprise (MWBE) that often supports PFF’s drone education programs.

GCF’s $250,000 gift helps sponsor the purchase of the MOSART facility, museum exhibit floor design, acquisition of both traditional and techno-art pieces, and structural renovations to facilitate PFF’s STEAM programs, plus expanding multi-use space for outside tenants and projects aligned with PFF’s mission.

Regional and national experts are assisting with the project from architecture and conceptualization to the creation of museum exhibits. More details on the contents of each of the exhibit galleries and maker spaces is also forthcoming.

“We hope to raise grant funding and generate revenues to create several administrative and staff support positions in the future to deliver on our mission for the long term,” said Drozd.

Tamalin Martin, PFF board member and executive steering committee co-chair added that the MOSART concept is a “gateway, a stepping stone for local youth and community members of any age to explore skills or interests outside of the traditional classroom environment, leading them to educational and workforce opportunities right here in the Mohawk Valley.”

PFF continues its efforts to raise $1 million for the MOSART project by the end of 2022 and seeks major donors. It has also issued a corporate match challenge. The First Founders Club will recognize the financial contributions of individuals and organizations in support of the MOSART mission by listing them on a founding donor’s wall and by dedicating building wings and activity rooms in their name to establish a lasting community legacy.

The GCF board continuously monitors developments in the community and keeps an eye on the future as it considers submitted requests on a rolling basis. For more information, contact Community Liaison Dyann Nashton at 315-795-2904 or email: nashton@griffincf.org.