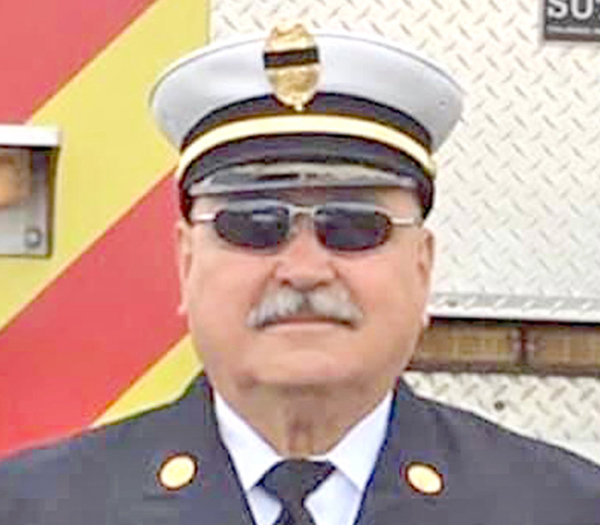 Former Lee Center Fire Chief Kenneth Baker Jr. was recognized on the floor of the U.S. House of Representatives on Thursday by Congresswoman Claudia Tenney.

Baker died at age 78 on Oct. 13 following a brief battle with a brain tumor, according to family members. He was a volunteer firefighter with the Lee Center Fire Department for 48 years, including 28 years as fire chief. He was laid to rest on Monday with an outpouring of support from local fire departments.

Tenney, R-22, New Hartford, spoke about Baker on the floor of the House of Representatives in Washington D.C.

“Ken was known by all as a noble, caring, and loving man...Ken had a lifelong passion for public service. He also served in the US Navy and was the former president of the Oneida County Fire Chiefs Association,” Tenney stated.

“But most importantly, Ken was known for tremendous love of family. His son Joseph Baker succeeded him as Fire Chief, and Ken’s granddaughter Ashley and grandson Tyler followed their grandfather into fire service with the Lee Center Fire Department. Ken was the kind of man who would give the shirt off his back to help people. He was a hometown hero and role model for many. Ken’s impact will be felt on the Lee Center community for years to come.”

Baker is survived by his wife of many years, Patricia, his two sons and his many grandchildren, nieces, nephews and other family members.