Rome Salvation Army is ringing in the holidays with its traditional Red Kettle Campaign, raising money for special community programming and to help those in need through the annual Red Kettle … 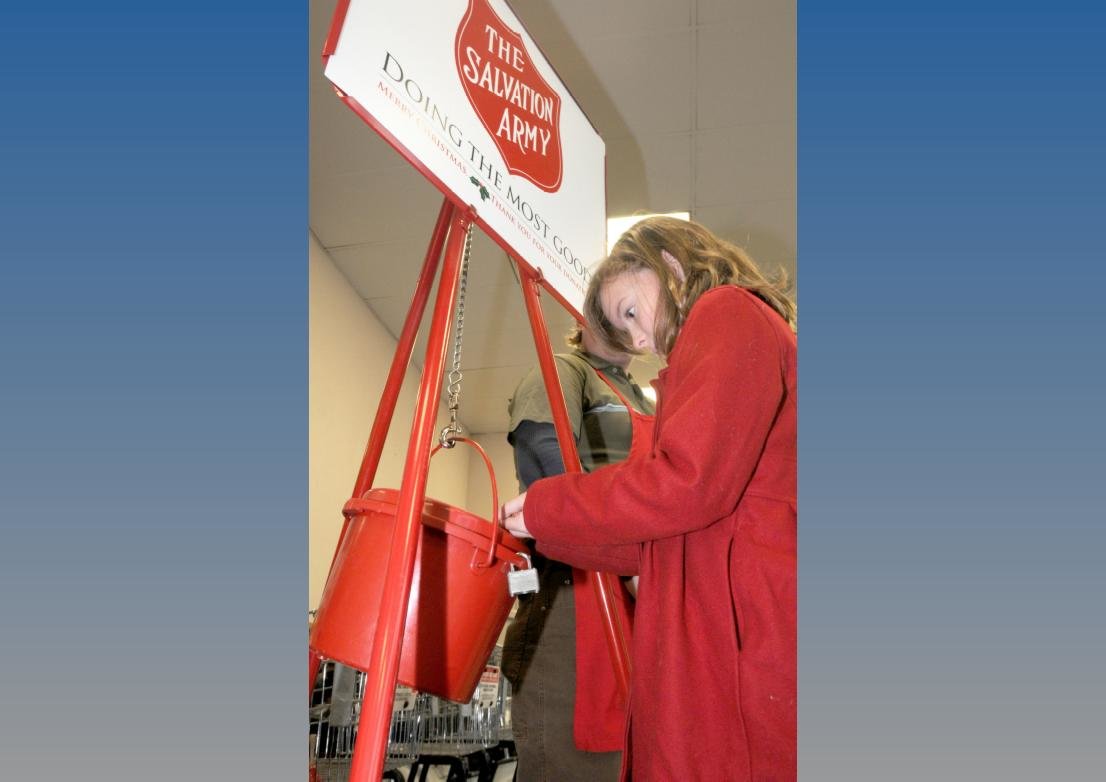 Casey Hunzkier, of Lee, makes a donation into a Salvation Army Red Kettle in the entry way at the Price Chopper/Market 32 store on Black River Boulevard. The donation, Salvation Army officials said, and others like it, fund much needed programs and services for thousands across the city.
(Sentinel photo by John Clifford)
Posted Wednesday, November 30, 2022 11:00 am
Nicole A. Hawley
Staff writer
email / twitter

This year’s campaign is called, “Love Beyond.”

“We’re hoping to help the community see the connection between the Red Kettle and the services we’re able to provide all year,” said Lt. Scott B. Swires, co-commanding officer of Rome Salvation Army, 410 W. Dominick St. “This campaign alone will provide 20% of our budget from now until next October.”

People can become volunteer bell ringers by visiting savolunteer.org. There are indoor locations available. Most shifts are four hours — 10 a.m. to 2 p.m. and 2-6 p.m.

“We encourage volunteers to sign up for back-to-back shifts if they would like to spend more time at the kettle,” Swires added.

“We also have counter-top kettle stands at a variety of retailers in the area,” Lt. Swires said. “We encourage people to support our local businesses and donate all at the same time.”

“We are attempting something new with our countertop kettles this year,” Swires said. “Whichever countertop kettle location raises the most in a given week will be awarded a golden kettle to use for the following week.”

The winner will be announced on Rome Salvation Army’s social media sites.

In 1891, Salvation Army Capt. Joseph McFee was distraught because so many poor individuals in San Francisco were going hungry, according to the Salvation Army USA. During the holiday season, he decided to provide a free Christmas dinner for the destitute and poverty-stricken. He only had one major hurdle to overcome — funding the project.

McFee remembered how at Stage Landing, where the boats came in, there was a large, iron kettle called “Simpson’s Pot” where passers-by tossed a coin or two to help the poor.

The next day Captain McFee placed a similar pot at the Oakland Ferry Landing at the foot of Market Street. Beside the pot, he placed a sign that read, “Keep the Pot Boiling.” He soon had the money to see that the needy people were properly fed at Christmas.

Captain McFee’s kettle idea launched a tradition that has spread not only throughout the United States, but all across the world.