Local calls for Cuomo to resign 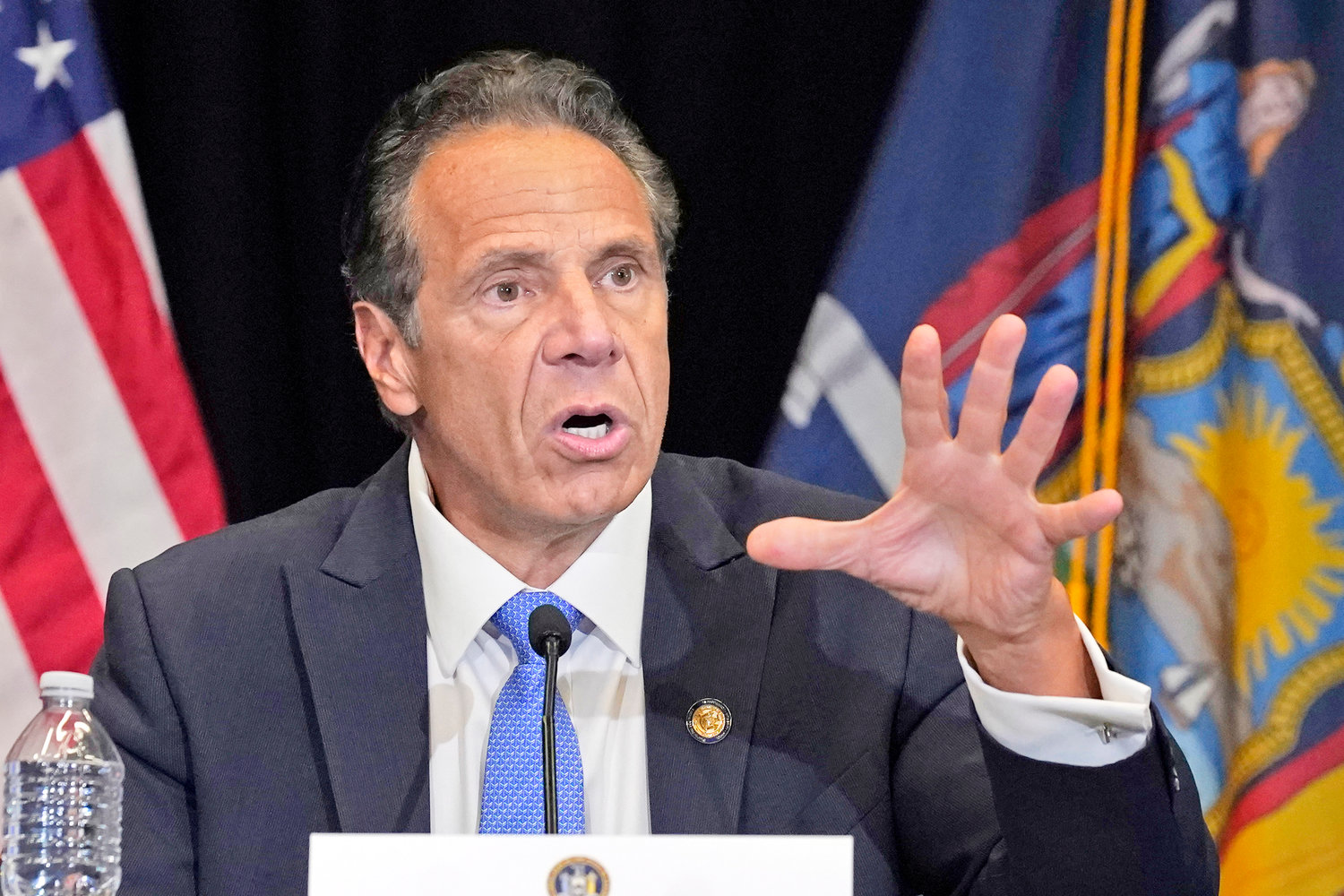 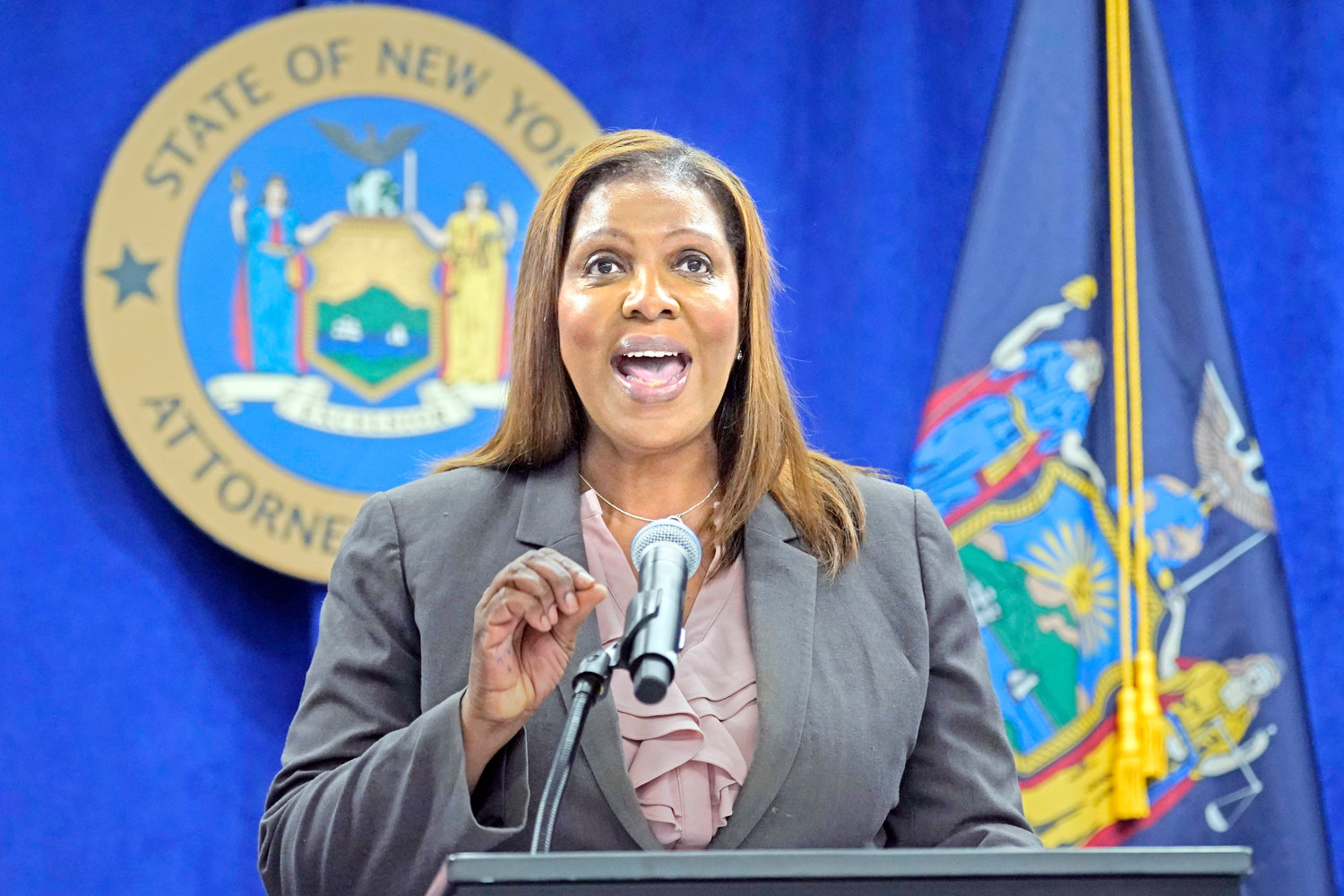 An investigation found that Gov. Andrew Cuomo sexually harassed nearly a dozen women in and out of state government and worked to retaliate against one of his accusers, New York’s attorney general announced Tuesday, hastening calls for the Democrat’s resignation or impeachment.

The governor remained defiant, saying in a taped response to the findings that “the facts are much different than what has been portrayed” and that he “never touched anyone inappropriately or made inappropriate sexual advances.”

The nearly five-month investigation found that Cuomo’s administration was a hostile work environment “rife with fear and intimidation.” The probe, led by two outside lawyers, involved interviews with 179 people including accusers, current and former administration employees and the governor himself.

State Assembly Speaker Carl Heastie, also a Democrat, said it was clear Cuomo could no longer remain in office and that he would move to complete the assembly’s impeachment inquiry “as quickly as possible.”

Among the reactions to Cuomo’s announcement, area elected officials weighed in on Tuesday:

“As we have said before, the reported actions of the governor were profoundly disturbing, inappropriate and completely unacceptable. Today’s report from the New York State attorney general substantiated and corroborated the allegations of the brave women who came forward to share their stories — and we commend the women for doing so....The New York State attorney general has conducted an independent, thorough and professional investigation that found the governor violated state and federal law, had a pattern of sexually harassing current and former employees, retaliated against at least one of the accusers and created a hostile work environment.

“No elected official is above the law. The people of New York deserve better leadership in the governor’s office. We continue to believe that the governor should resign.”

• “The attorney general made it clear to New Yorkers and the world that Gov. Cuomo is a serial sexual predator. He must resign immediately,” said Assemblyman Ken Blankenbush, R-117, Black River;

• “I am calling for Gov. Cuomo’s immediate resignation given the now proven allegation in the attorney general’s report. If he refuses to resign, the Assembly must take immediate action to impeach. The brave women who have come forward deserve nothing less,” said Assemblyman Brian Miller, R-101, New Hartford.

• Rep. Claudia L. Tenney, R-22, New Hartford, said, “Attorney General Letitia James’ report is damning and deeply disturbing. Governor Andrew Cuomo sexually harassed young women and then created a culture of fear and intimidation to cover it up. He abused his position, broke the law, and betrayed the trust of New Yorkers. He must resign and be prosecuted immediately. We cannot have a two-tiered justice system in America, which is why his reign of criminal corruption must come to end.

“I’ve been fighting to hold Cuomo accountable since 2014, when I first called for him to resign after he abused the Moreland Commission. He used it to attack his political opponents, then disbanded it when his own corrupt actions come under the microscope. Cuomo has ruled New York like a petty dictator for more than a decade. He’s killed our state’s economy and crushed opportunity across upstate New York for families and small businesses. His negligent policies and criminal coverup also led to the deaths of thousands of seniors. Enough is enough. New Yorkers also deserve to know who in his inner circle of thugs knew about his behavior, aided his predatory actions, and helped him cover it up. Cuomo’s co-conspirators are just as complicit. They must also be held accountable.”

• Assemblywoman Marianne Buttenschon, D-Marcy, said: “I have received the attorney general’s 168 page report containing findings of sexual harassment and misconduct committed by Governor Cuomo. The findings, and reports of the victims, contained in the document are disturbing.  Everyone has the right to a safe work environment with zero-tolerance for gender-based hostile actions. With that being said, the report is being reviewed by my colleagues in the Assembly, and more specifically the member of the Judiciary Committee. Investigation of the nursing home allegation and use of State resources to create his book must also remain a priority. The conduct by the Governor outlined in this report would indicate he is not fit for office. I had asked him to resign in March and stand by my decision.”

• A statement from Assemblyman John Salka, R-121, Brookfield, noted, “The attorney general’s findings today are horrifying. Gov. Cuomo must resign immediately … His actions are inexcusable; he sexually harassed multiple women, violated many state and federal laws and created a toxic work environment. I am pleased to see this was an unbiased, transparent and professional investigation. We must stand with these victims and hold the governor accountable. I am reiterating my call for the governor to resign today.”

• Lt. Gov. Kathy Hochul, who was in Rome last week to tour several economic development projects in the city, released the following statement: “Sexual harassment is unacceptable in any workplace, and certainly not in public service. The Attorney General’s investigation has documented repulsive and unlawful behavior by the Governor towards multiple women. I believe these brave women and admire their courage coming forward. No one is above the law. Under the New York Constitution, the Assembly will now determine the next steps.”

“Because lieutenant governors stand next in the line of succession, it would not be appropriate to comment further on the process at this moment,” the statement added.

• New York State United Teachers President Andy Pallotta issued the following statement: “The attorney general has detailed conduct that is repugnant and indefensible in any workplace and especially in the state’s highest elected office. Equally troubling was the governor’s response to the report. Sadly, both show he is unfit to serve in office.”

Anne Clark, who led the probe with former U.S. Attorney Joon Kim, said they found 11 accusers to be credible, noting their allegations were corroborated to varying degrees, including by other witnesses and contemporaneous text messages.

The investigation’s findings, detailed in a 165-page public report, turn up the pressure on the 63-year-old governor, who just a year ago was widely hailed for his steady leadership during the darkest days of the COVID-19 crisis, even writing a book about it.

Since then, he’s seen his standing crumble with a drumbeat of harassment allegations, questions in a separate, ongoing inquiry into whether state resources went into writing the book, and the discovery that his administration concealed the true number of nursing home deaths during the outbreak.

While James concluded the investigation without referring the case to prosecutors for possible criminal charges, local authorities could use its evidence and findings to mount their own cases. Albany District Attorney David Soares said he will be requesting material from James’ office and welcomed victims to contact his office with information.

The investigation’s findings are also expected to play an important role in an ongoing state Assembly inquiry into whether there are grounds to impeach Cuomo. The Assembly has hired its own legal team to investigate myriad allegations regarding harassment, his book, nursing homes and special access to COVID-19 testing.

Several Cuomo accusers demanded swifter action, calling on the governor to leave office immediately. Some Democratic and Republican state lawmakers joined them, along with one-time Cuomo allies including county executives and leaders of left-leaning political groups.

The report detailed, for the first time, allegations that Cuomo sexually harassed a female state trooper on his security detail. It said that the governor ran his hand or fingers across her stomach and her back, kissed her on the cheek, asked for her help in finding a girlfriend and asked why she didn’t wear a dress.

The report also included an allegation from a woman who worked for an energy company who said Cuomo touched her inappropriately at an event. The woman said Cuomo ran his fingers across the lettering on her shirt, reading the name of her company aloud. Then he leaned in and said: “I’m going to say I see a spider on your shoulder,” and brushed his hand in between her shoulder and breasts, the report said.

“These brave women stepped forward to speak truth to power and, in doing so, they expressed faith in the belief that although the governor may be powerful, the truth is even more so,” Kim said at the press conference.

Cuomo’s lawyer issued a written rebuttal to the investigation’s findings. Cuomo said he was hiring an expert to reform sexual harassment training for state employees, including the governor.

In his taped response, Cuomo apologized to two accusers: Bennett, who said the governor asked if she was open to sex with an older man after she confided in him that she had been a victim of sexual assault, and a woman he kissed at a wedding — an incident reported in a front-page story in The New York Times.

Still, Cuomo equivocated and lashed out at the investigative process, saying it was rife with “politics and bias.” He explained that he’s been physically embracing people his whole life, that his mother and father, former Gov. Mario Cuomo, had done the same and that the gesture was meant to “convey warmth.”

“For those who are using this moment to score political points or seek publicity or personal gain. I say they actually discredit the legitimate sexual harassment victims that the law was designed to protect,” Cuomo said.

Cuomo faced multiple allegations last winter that he inappropriately touched and sexually harassed women who worked with him or who he met at public events. One aide in his office said he groped her breast. Other aides have said that the governor asked them unwelcome personal questions about sex and dating.

Former aide Lindsey Boylan, said Cuomo kissed her on the lips after a meeting in his office and “would go out of his way to touch me on my lower back, arms and legs.”

After Boylan first made her allegations public in December, the Cuomo administration undercut her story by releasing personnel memos to media outlets revealing that Boylan resigned after she was confronted about complaints she belittled and yelled at her staff.

Boylan has said those records “were leaked to the media in an effort to smear me.”

In an 11-hour interview with investigators last month, Cuomo admitted to certain behavior while denying other allegations, investigators said. For example, Clark said, he conceded asking Bennett whether she had been involved with older men and said he may have kissed the state trooper at an event but denied touching her.

Asked about an allegation that he grabbed a woman’s breast at the executive mansion, according to the report, Cuomo responded: “I would have to lose my mind to do such a thing” to a woman he hardly knew with multiple staff members around.

But Cuomo refused to quit and has been raising money for a fourth term in office. His position on the allegations has also hardened. Cuomo always denied inappropriate touching, but he initially said he was sorry if his behavior with women was “misinterpreted as unwanted flirtation.” He got more combative in recent months, saying he did nothing wrong and questioning the motives of accusers and critics.

He has also questioned the neutrality of the lawyers leading the probe. Kim, was involved in previous investigations of corruption by people in Cuomo’s administration.

Cuomo championed a landmark 2019 state law that made it easier for sexual harassment victims to prove their case in court. Alleged victims no longer have to meet the high bar of proving sexual harassment is “severe and pervasive.”