Local baker thankful as he keeps rising in online competition

John E. Joy Elementary School Principal James Daino is one step closer to the title of the 2022 Greatest Baker in Bake From Scratch magazine’s competition.

Local baker thankful as he keeps rising in online competition 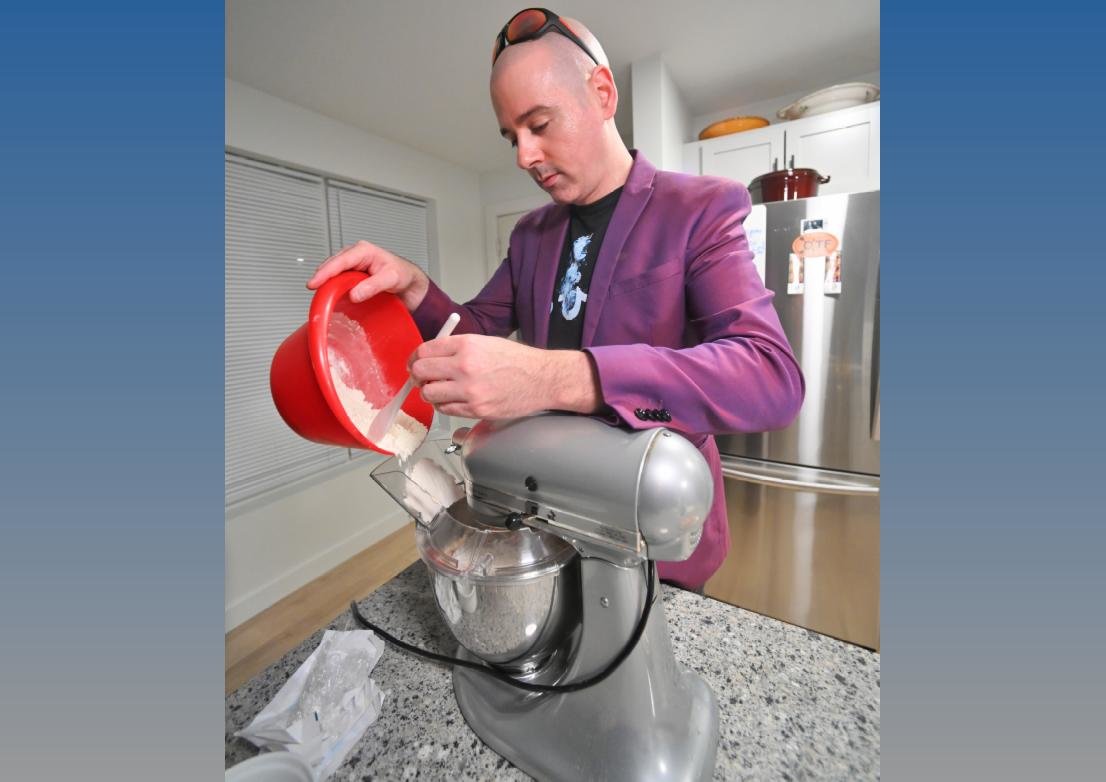 ROME — John E. Joy Elementary School Principal James Daino is one step closer to the title of the 2022 Greatest Baker in Bake From Scratch magazine’s competition. Thursday evening, he placed No. 1 in the Top 5 for his group in ongoing voting.

He said he is thankful for the support of all the people who have placed their online votes for him and his talents at the oven.

“I am excited to not only have made the Top 5 but to be first in my group,” Daino said of his latest win. “Thank you so much! Please keep voting daily. Your support means the world to me.”

The contest is virtual with all voting conducted online rather than in an actual baking competition where his goodies would be rated by a judge. Supporters have cast their votes for him online to keep him moving up in the competition.

The 2022 Greatest Baker will win a $10,000 prize and a feature article in Bake From Scratch magazine. Daino said he plans to use that money to finance a cookbook in honor of his main inspiration, his mother Rose, if he wins.

The group finals now run through Dec. 1. The preliminary winner in each group will then advance to the overall quarterfinals, running from Dec. 5-15. The semifinals are from Dec. 6-22 and the finals run from Dec. 23-29.

In the meantime, guests dining with Daino for Thanksgiving this year had to be pretty thankful indeed.

He made gravy and a cranberry sauce that “unmolded perfectly,” he said. It was a very busy but good Thanksgiving, he added, and he even experimented with a new approach with the turkey and “it came out so moist.”

Daino, like his own students, enjoyed the first snow day of the year Nov. 17. He spent much of it in his kitchen.

“I made fresh Pappardelle with an all-vodka sauce that I put peppers and onions in,” Daino said of the constructive day off.

He has now embraced the local upstate cuisine as well.

“Since moving here I have been into chicken riggies, so I have been adding different flavors of central New York into recipes that normally did not include them,” he said.

To cast a vote, visit: www.bit.ly/3tgVG3x

What to Watch: New political vibes this State of the Union

Look for new faces and fresh political dynamics as President Joseph Biden delivers this year's State of the Union address, coupled with attention to some old problems brought back into painful focus by recent events.