The Levitt AMP Utica Music Series is back for its sixth live season with family-friendly, free outdoor concerts at Kopernik Park in Oneida Square. This year’s lineup will feature a variety of … 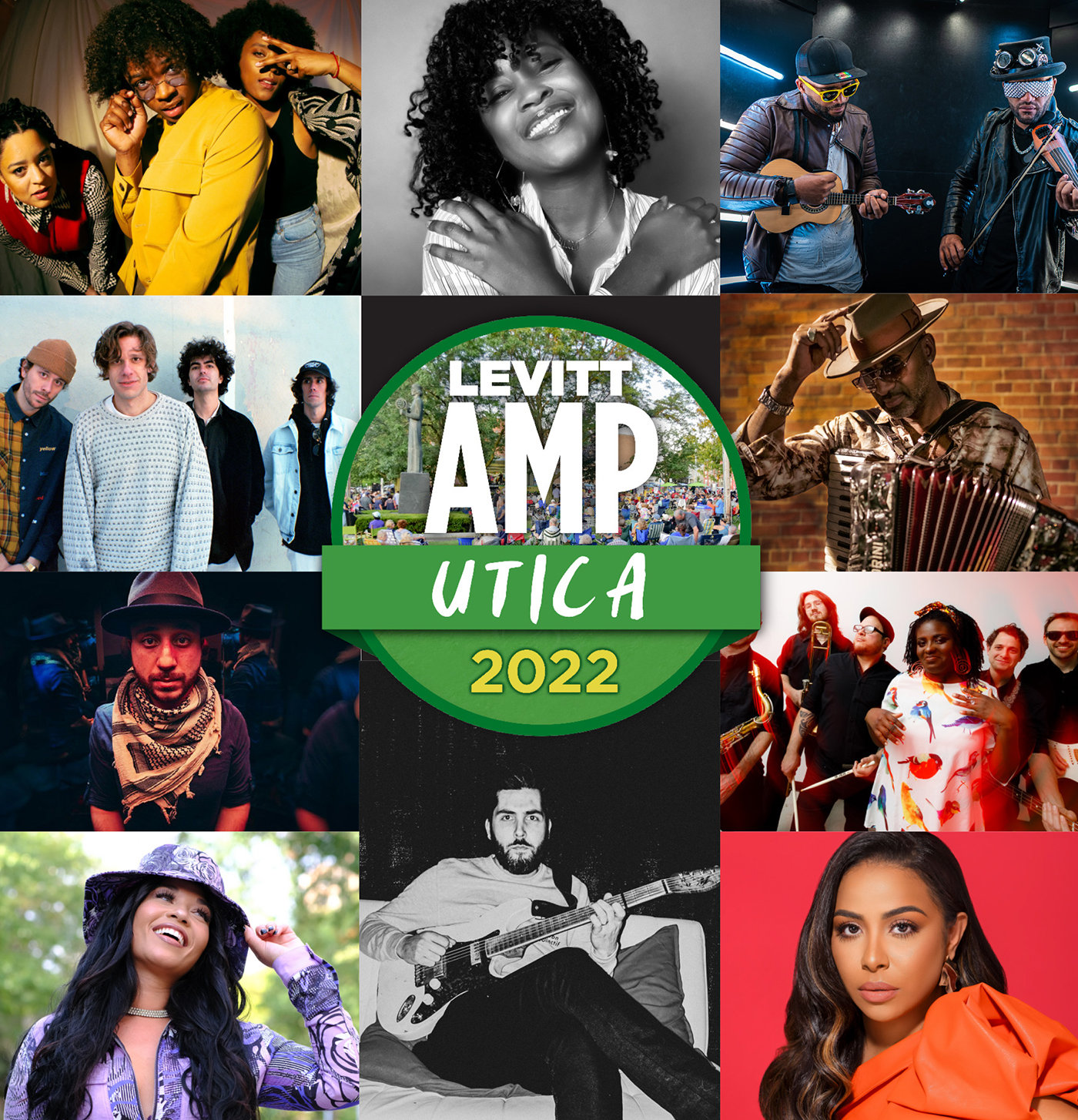 A marketing collage of upcoming acts to perform as part of the Levitt AMP Utica Music Series in Utica has been released by program organizers. The Levitt AMP Utica Music Series returns this year for its sixth season with family-friendly, free outdoor concerts at Kopernik Park in Oneida Square.
(Illustration submitted)
Posted Tuesday, May 24, 2022 11:59 am
Thomas Caputo
Staff writer
email

UTICA — The Levitt AMP Utica Music Series is back for its sixth live season with family-friendly, free outdoor concerts at Kopernik Park in Oneida Square. This year’s lineup will feature a variety of music genres from local and regional opening bands and national headlining performers.

The music series will begin every Monday night from 6 p.m to 9 p.m. starting June 20 and ending Aug 29, with the exception of the Fourth of July holiday.

In addition to live music, the music series will offer art activities for the youth and there will also be food trucks on site. Attendees are encouraged to bring their own blankets and lawn chairs to the park.

“This is a space that is accessible to so many different populations of our community,” said Levitt AMP Utica Coordinator Michelle Truett. “There’s no ticket prices, there’s no travel, there’s no hotels. You just roll up to Kopernik Park and have a blast every single Monday night. It’s a de-stresser, it’s a way for us to give to our community wellbeing, which is so needed right now.”

The concerts are sponsored in part by the Mortimer & Mimi Levitt Foundation, a national funder of creative placemaking that empowers communities to inject new life into underused public spaces through free, outdoor concerts. The Community Foundation of Herkimer and Oneida Counties is a presenting sponsor for the sixth season of live concerts. Partners in the series include Rust 2 Green Utica, DeSales Center, the City of Utica and Munson-Williams-Proctor Arts Institute. UMN For The Arts (formerly Utica Monday Nite) is the fiscal sponsor for the series. Premier season sponsors include Empire Recycling, the M&T Bank/Partners Trust Bank Charitable Fund, Bank of Utica and The Fountainhead Group.

Opener: Ladies of Soul and their Gentlemen

Opener: Filled to the Brim

Opener: Uncle Charlie and the Meatballs