Lee looks at 40th year with no general town tax 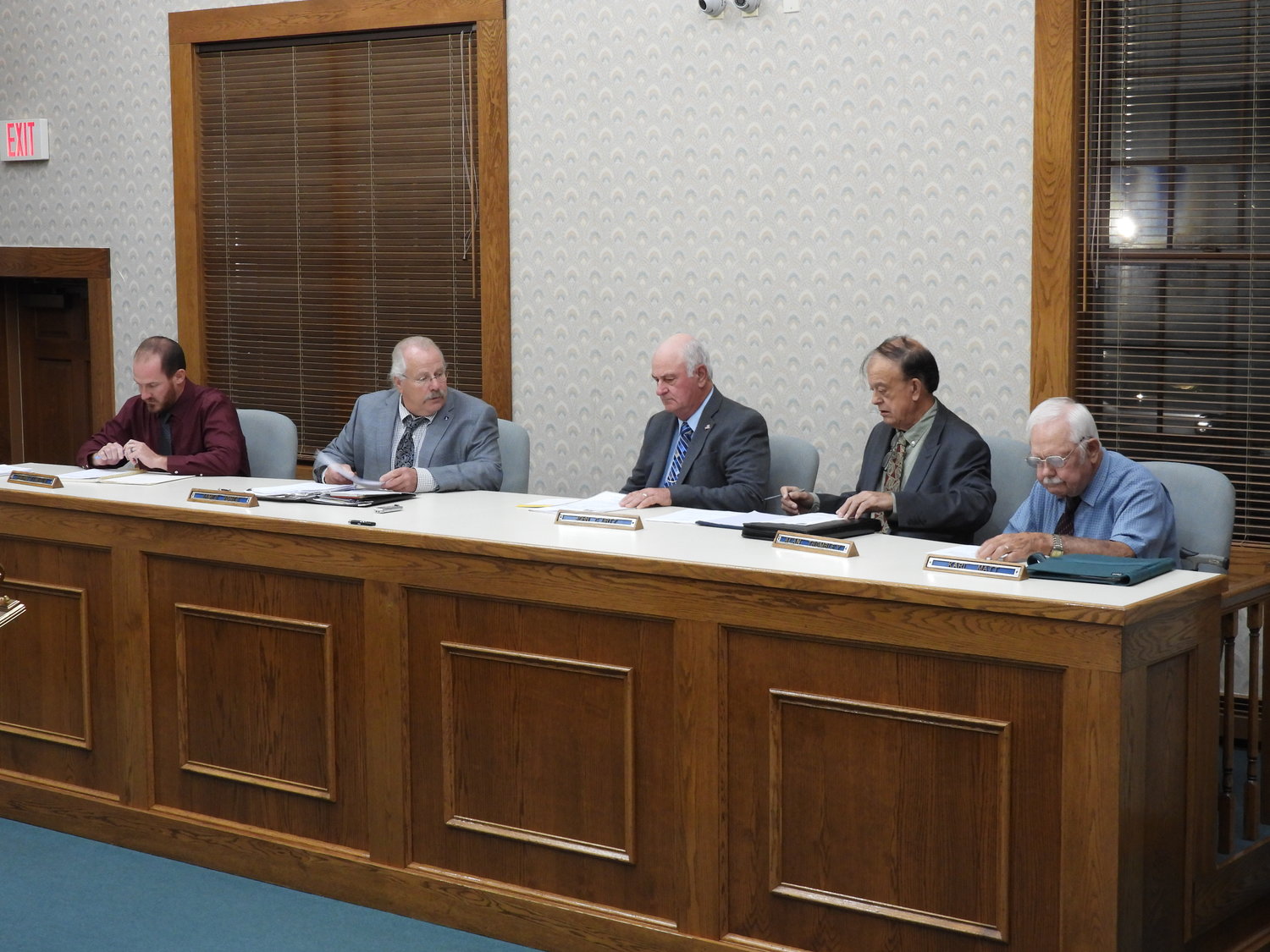 40 YEARS, NO TOWN TAXES — The Town of Lee Board met Tuesday, where Supervisor John Urtz, middle, presented the proposed 2022 budget, which contained no town taxes for the 40th year in a row. A public hearing for the proposed budget was scheduled for Tuesday, Oct. 26, at 7 p.m. at Lee Town Hall.
(Sentinel photo by Charles Pritchard) 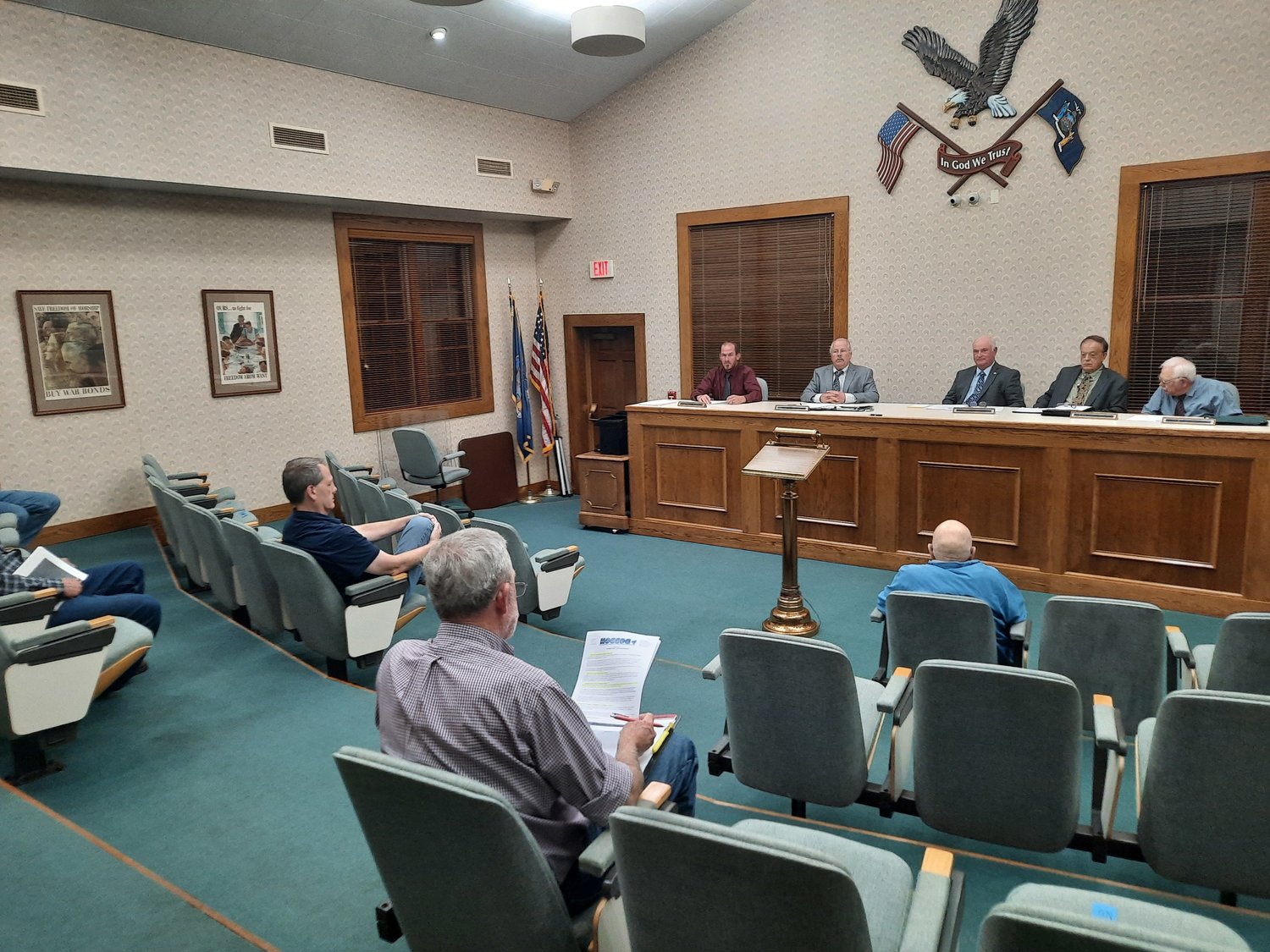 LEE MEETING — The Town of Lee Board holds its meeting Tuesday, Oct. 12 to discuss a number of matters and present the proposed budget. A public hearing for the proposed budget was scheduled for Tuesday, Oct. 26, at 7 p.m. at Lee Town Hall.
(Sentinel Photo by Charles Pritchard)
Previous Next
Posted Thursday, October 14, 2021 12:00 pm
Charles Pritchard
Staff writer
email

LEE — For the 40th year in a row, the town of Lee is looking at a budget with no general town taxes.

“It’s with great honor that I present the budget to the town board and residents of our community,” Supervisor John Urtz said at Tuesday’s meeting. “40 years without town taxes — except the light district and the fire district, but we have no control over that.”

“It’s a no-frills budget,” Urtz said after the meeting. “We had a tight budget last year [due to COVID-19].”

A public hearing for the proposed budget was scheduled for Tuesday, Oct. 26, at 7 p.m. at Lee Town Hall.

Highway Superintendent William Baker went over a recent inspection of the bridge on Houser Road. It’s had some minor issues for years, but nothing severe enough to close it down.

“We just got documents from the State Department of Transportation,” Baker said. “This is the 16th year in a row the bridge has been yellow-flagged. The bridge can still be used as a three-ton bridge. It’s just a matter of when they’ll red-flag it.”

The New York State Department of Transportation lists a yellow flag as follows: A structural flag that is used to report a potentially hazardous structural condition
which, if left unattended, could become a clear and present danger within two years from the current inspection.

Baker said there are many bridge grants with the state that could cover the cost of repairs, and he’ll be applying for them soon. However, Baker added that he had concerns for the bridge and wanted to get repairs sooner than later.

“Right now, GPSs send school busses, oil trucks, and tractor-trailers across that bridge, and that’s wrong,” Baker said. “Two school busses went across last year. It was a sports bus, they were going to the Adirondacks, and their GPS sent them across it. Same thing with a fuel truck last year.”

Baker called the owner of that fuel company and warned them not to cross the bridge in the future. Baker was fearful that if a fuel truck caused the bridge to collapse, it could spill 3,000 gallons of fuel into the river.

Another topic Baker brought to the attention of the town board was Meyers Road and its residents. Baker received a letter from the property owners requesting repairs of the road. Residents cited potholes, a lack of access to emergency services, and a need for the road to be brought up to current specs and maintained regularly.

“I told [the residents] that we don’t maintain [Meyers Road]. It’s a private road,” Baker said. “We’ve never maintained it. And in order for us to do that, [the residents] need to build it to town specs. And they said if we don’t, they’re going to sue the town.”

Baker said he was going to provide residents with the specifications needed for the road required by the town so they could get an estimate.

The town of Lee board observed a moment of silence for Sharon Mortis, the town’s clerk of 20 years, who passed away on Oct. 4, before the regular meeting. During new business, Baker spoke highly of Mortis and her work as the town clerk.

“Have you thought about getting a plaque in her honor?” Baker asked.

“I had spoken with the board outside meetings about that,” Councilor Shawn Finster said. “My opinion is that something should be done for Sharon.”

The town board agreed to discuss the matter in greater detail.

Water Supervisor Josh Szyper said there would be hydrant flushing taking place from Oct. 18 to Oct. 22.

Hydrant flushing is needed to ensure water quality. During the flushing process, some people may notice reduced water pressure and flow. In some cases, water may appear rust or tea-colored from the flushing. Residents should avoid washing clothes until the water clears.