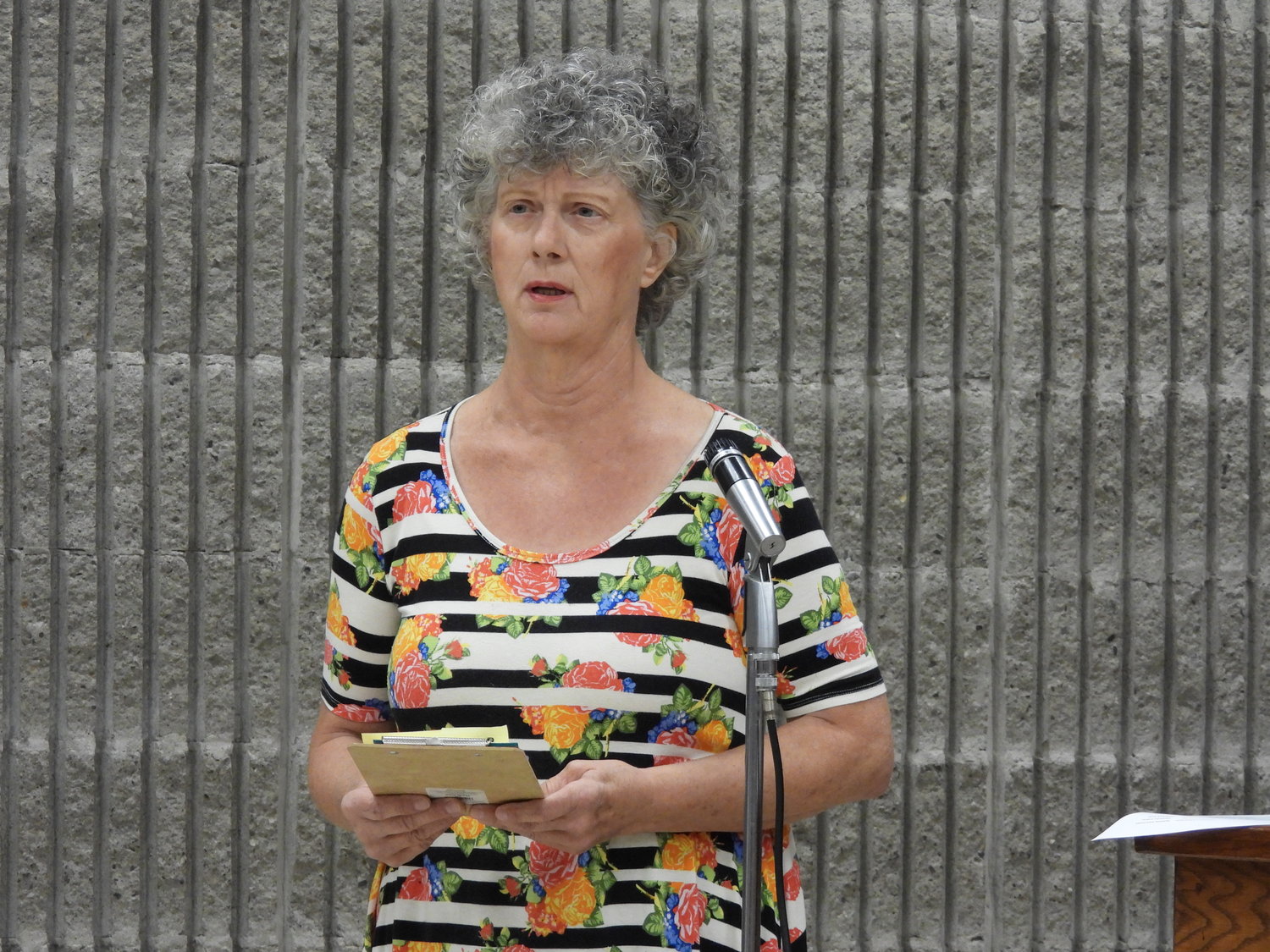 LANDLORDS OF ONEIDA — Charlotte James has taken over rental properties that belonged to her late husband Milt. She pleaded with the council to reconsider the fees while explaining her struggles as a new landlord. 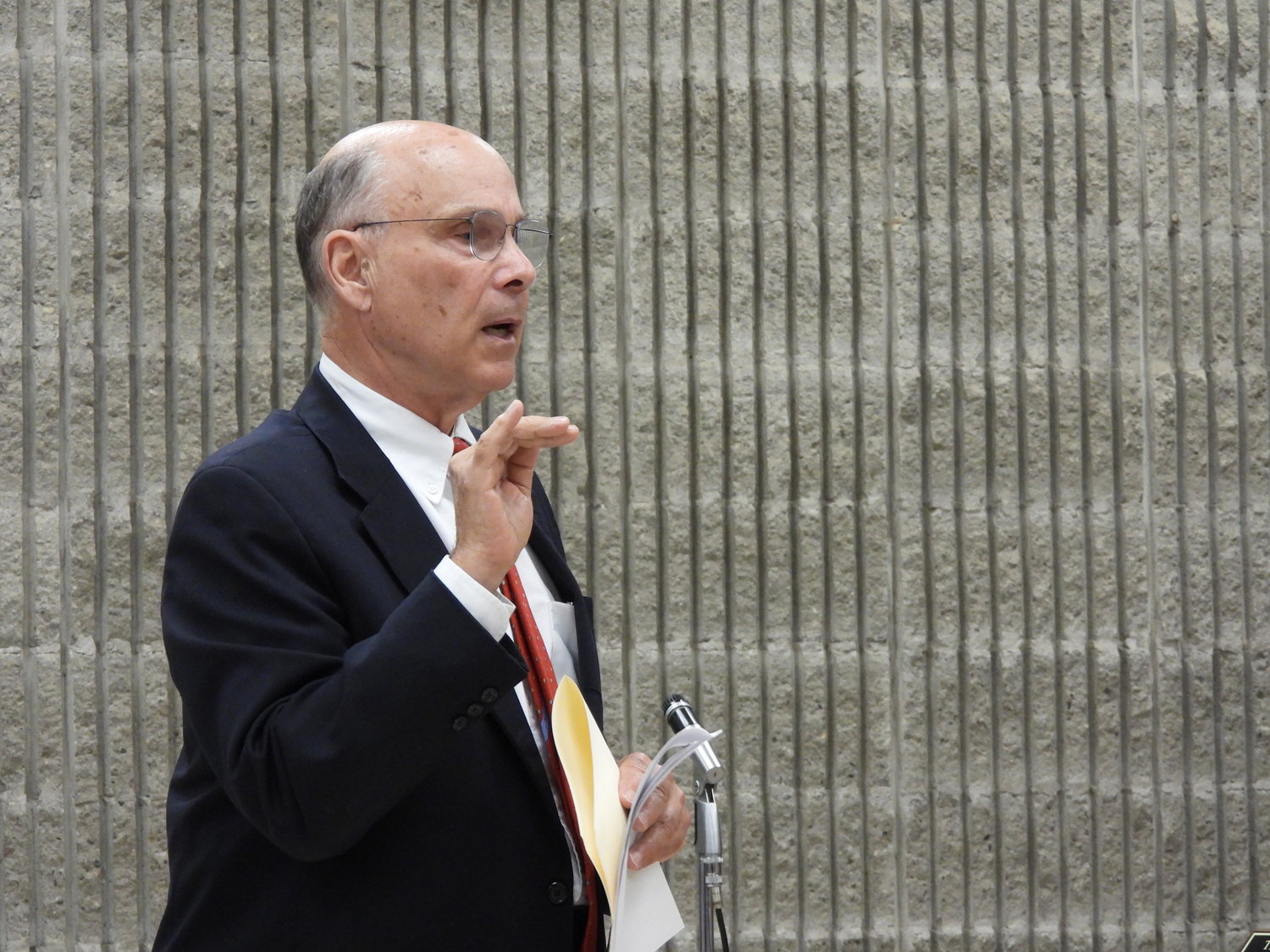 HOUSING AUTHORITY — Vincent Rossi, representing the Oneida Housing Authority, spoke to the Common Council, saying that the inspection fees would mean the Housing Authority would be paying around $36,000 in fees for its 200 units.
(Sentinel Photo by Charles Pritchard) 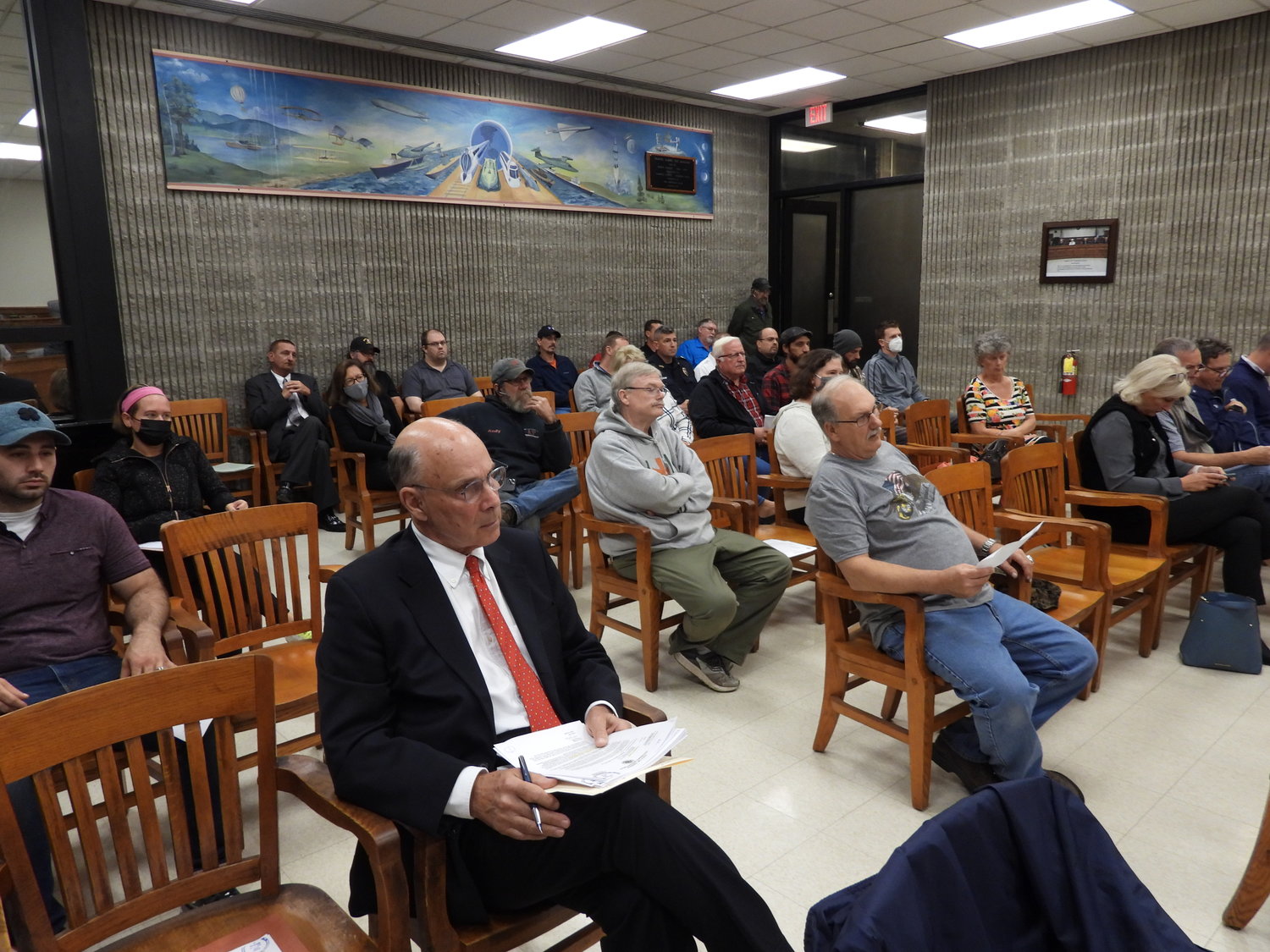 COUNCIL MEETING — Local landlords came out to voice opposition to the increase in inspection fees while explaining their position and how hard these fees will hit them at Tuesday's Common Council meeting.
(Sentinel Photo by Charles Pritchard)
Previous Next
Posted Thursday, October 7, 2021 9:00 am
Charles Pritchard
Staff writer
email

ONEIDA — Local landlords came out in force at Tuesday’s Common Council meeting, condemning the increased inspection fee for rental properties. The Common Council improved the increase of rental fees from $30 to $150 per rental unit in early June.

Bob Burnett, director of Code Enforcement for the city of Oneida, told the Rome Sentinel that the increase was needed not only due to expenses but also as a way to get compliance on deficiencies.

Landlord Charlotte James took over the properties after her husband Milt passed on Sept. 9. “I’m getting a taste of what it’s like to be a landlord,” James said. “Collecting half of the rent when it’s due on the first of the month, and you get it on the sixth.”

James said she’d received several reasons from tenants why they can’t make rent but said she has bills that she needs to pay. But those tenants aren’t the real problem.

“We had one tenant who was in an apartment for 17 months that refused to pay the rent,” she said. “We finally got him out, but he took the key. And when we got him out, we had to clean out over 1,300 pounds of garbage. Out of one-bedroom apartment.”

“[The council] has no idea what landlords are going through,” James added.

Due to an order by then-Gov. Andrew Cuomo, that’s now been extended by Gov. Kathy Hochul, tenants who are suffering financial hardships due to the pandemic can’t be evicted until Jan. 15, 2022.

Landlords pleaded with city councilors to rescind the fee increase and understand what this kind of fee increase would mean.

“The Oneida Housing Authority has two towers — one 11 stories high and another six stories high,” Rossi said. “They both have around 100 units and have one-bedroom apartments. So applying this $150 per unit fee across the board regardless of what kind of apartment doesn’t seem quite sensible.”

On top of this, Rossi cited an excerpt from the New York State Court of Appeals decision that fees should reflect the cost of the inspection. “Our property manager tells me that he’s accompanied the Codes Department when they do these inspections,” Rossi said. “And they take 10 minutes to inspect a one-bedroom apartment. We ask you to look into more detail how much time it takes and if the $150 fee is justified.”

Rossi said if inspections are informed with the new fees, the Housing Authority would be looking at a cost of around $36,000. “And that’s $36,000 in fees we can’t pass on to our tenants because of federal rules.”

Another landlord said that while he appreciates the city council and what they do, he isn’t bound by the Oneida Housing Authority’s federal rules and will instead have to raise the rent to make ends meet — something he didn’t relish in doing.

“It’s not fair to them at this point of time,” he said.

It quickly turned into a public forum as members of the council and local landlords attempted to find common ground.

Ward 2 Councilor Steve Laureti said the fee increase was a proposed way to deal with problem landlords and punish those not keeping up.

“We’re trying to make this situation better, and maybe we made a mistake,” Laureti said. “And that’s why we’re here. We’re trying to take in all the information. But how do we target them?”

Laureti didn’t ask this question rhetorically and instead invited a discourse with landlords to better understand the situation, what landlords are going through, and what could be done.

Through discussions, many landlords present favored a cumulative fee increase for repeat offenders — a $30 or $40 fee for the first inspection and then increasing fees for lack of compliance.

One proponent for landlords spoke during public comment against Republicans holding office who did not follow
fiscal conservatism and voted to pass the law, asking them to reconsider the inspection fee increase and the proposed local law to override the property tax cap.

“Councilors thought a 500% increase in inspection fees was a responsible decision, especially during the pandemic,” the resident said. “For you republicans running for reelection, I hope you vote no to raise taxes above the allowable cap.”

During the regular meeting, the city council voted down to override the property tax cap, four-to-one, with Ward 3 Councilor James Coulthart being the only one for the measure. Ward 6 Councilor Tom Simchik was not present at the meeting.

The next Common Council meeting will be Tuesday, Oct. 19 at 6:30 p.m. in the council chambers.