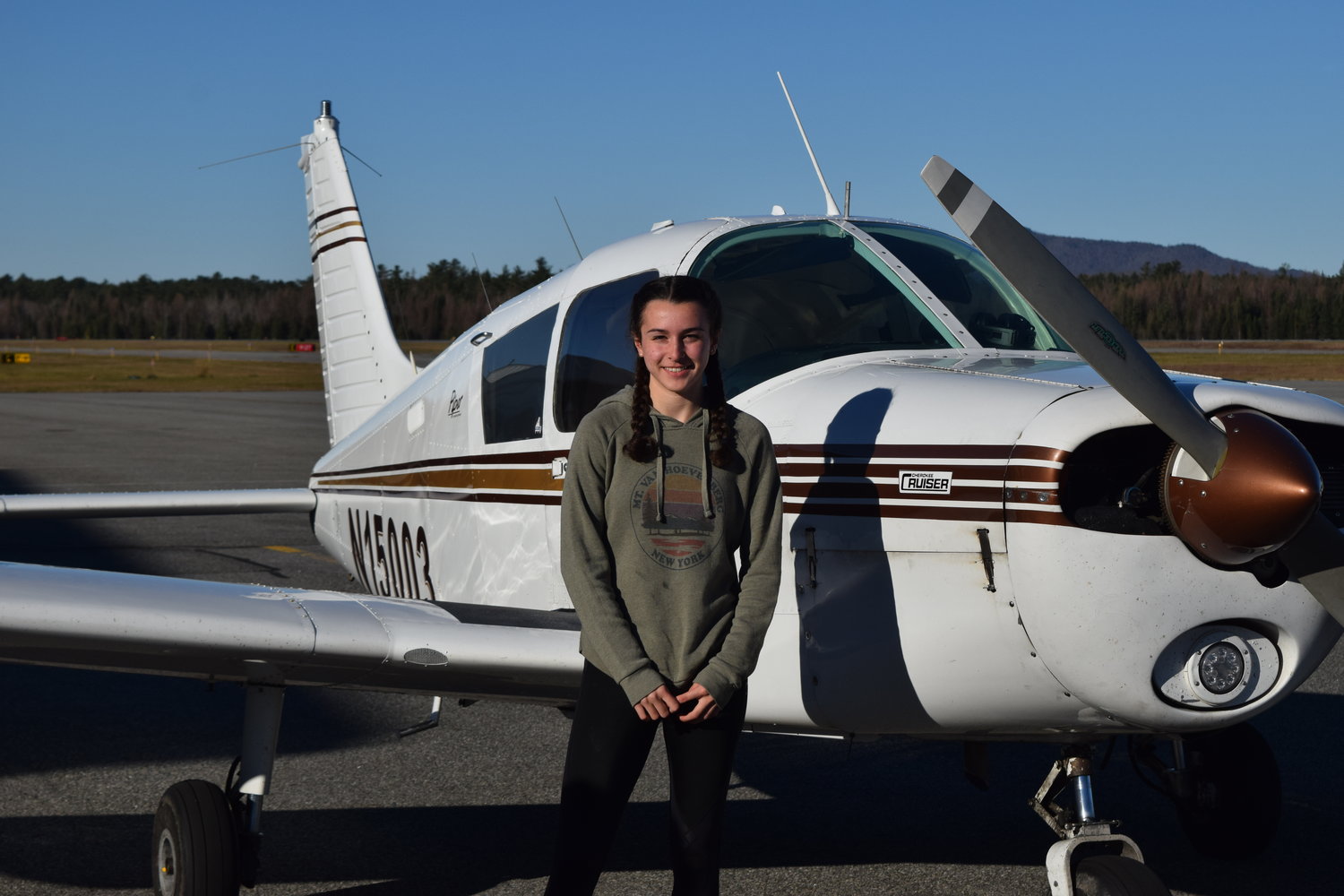 The hum of spinning airplane propellers filled the morning mountain air above the Adirondack Regional Airport in Lake Clear on Wednesday, Nov. 9, though there was no plane in sight. VanDorn’s family of three stood silently on the tarmac, searching the sky. Then, a nearby radio came to life with VanDorn’s voice.

A white airplane came into view, with VanDorn steering at the helm. VanDorn’s brother, mother and father raised their binoculars and cameras to watch and capture the moment. Her flight instructors, Michelle Smith and Michael Wolford of Adirondack Aviation Academy, voiced their approval of VanDorn’s technique.

VanDorn had turned 16 less than a week before — on Nov. 4, to be exact — and while that morning wasn’t her first time flying, it was her first time flying solo. Wolford said that pilots often don’t get to “that next level of good” until they’re alone in the plane, not being watched by an instructor, for the first time.

VanDorn did five “touch and go” landings before she made her final landing and taxied to the tarmac, where her family and flight instructors greeted her with pride and smiles. A matching grin took over VanDorn’s face as she crawled out of the airplane and closed the door shut behind her. Although her landings were memorable, VanDorn said, the first time she took off alone was a moment she won’t forget.

“I just took a deep breath and just went for it,” she said.

VanDorn worked for two years to get to that “surreal” moment, taking flight lessons and logging around 28 hours of flight time all while attending Northwood School in Lake Placid and training for biathlon most days a week.

“I personally really like the feeling of being free and up in the air,” VanDorn said. “It’s kind of a challenging — but fun and rewarding — experience, and I really like being able to see the mountains and the area I live in from a whole different perspective.”

VanDorn said her friends think her flying journey is “really cool.” They all want an airplane ride, she said, but it’ll be another year before she can take her private pilot exam and fly with passengers — once she’s turned 17 and logged another 10 hours or so.

VanDorn said she can see herself settling into an aviation career in the future. Probably in transport or commercial flying, she said. “I think it would be a cool job and provide lots of opportunities for me,” she said.

If she does seek a career in aviation, VanDorn would add to the historically low number of women in aviation. Only about 8% of pilots are women, according to 2020 data from the Federal Aviation Administration. But VanDorn hasn’t seen her gender as a barrier to flying, and she hopes no one else will.

“I am definitely interested in it and I think that other people should be too,” she said.

VanDorn was first inspired to fly by a friend, and now, her 13-year-old brother is making flying a family tradition — he’s also working up to his first solo flight with Adirondack Aviation Academy. The academy is no stranger to flying families, or to young pilots — Colton Cushman, a Saranac Laker and Northwood School student, did his first solo flight with the academy in August. He’s the third generation in his family to seek a pilot’s license.

What to Watch: New political vibes this State of the Union

Look for new faces and fresh political dynamics as President Joseph Biden delivers this year's State of the Union address, coupled with attention to some old problems brought back into painful focus by recent events.