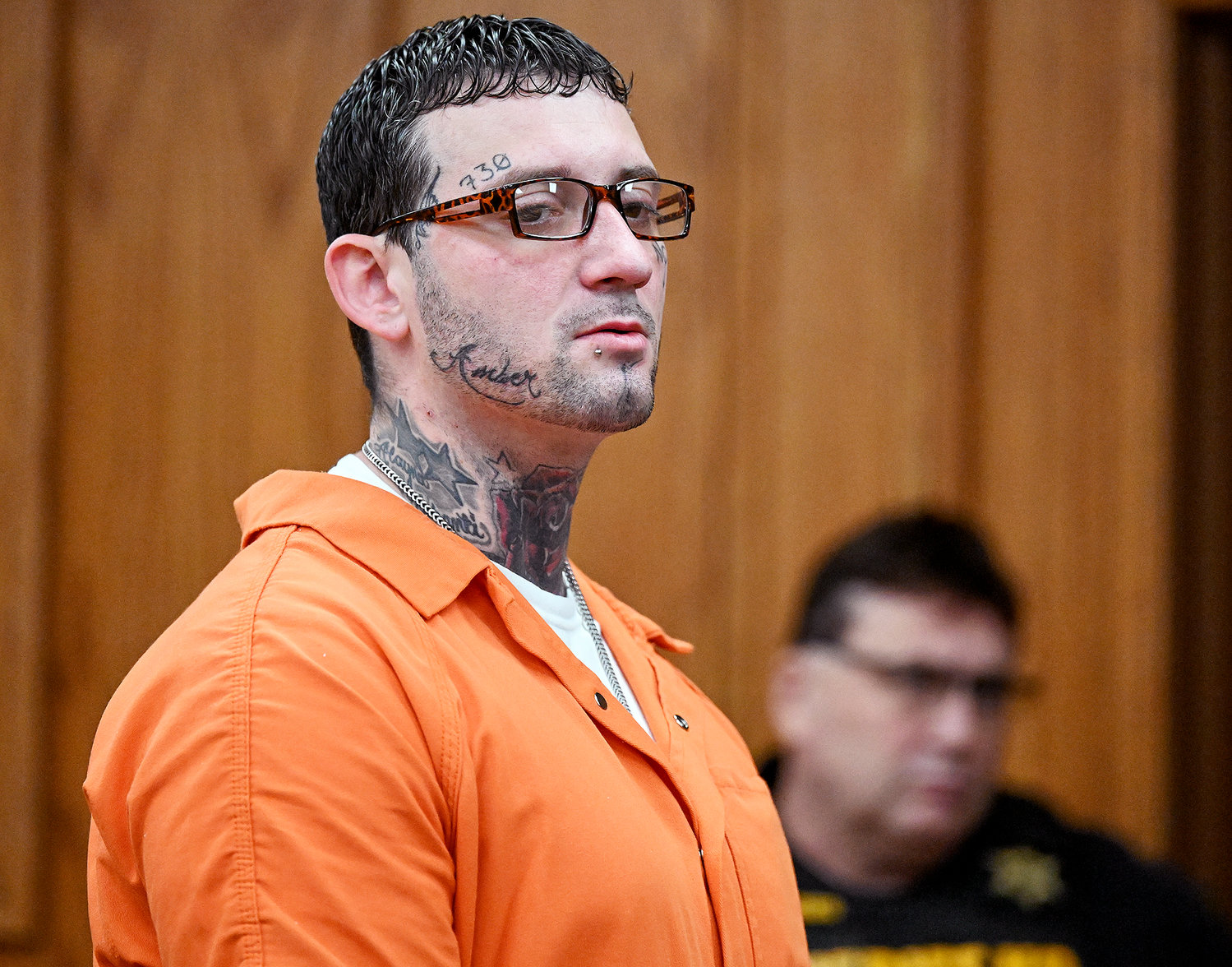 FONDA  — A Gloversville man was sentenced to 23 years in state prison on attempted murder and aggravated sexual abuse counts in Montgomery County Court last week. Justin Wilson, 31, will serve concurrent prison sentences of 23 years each on the pair of charges he pleaded guilty to in July. “By my review of the case and my conferences with the attorneys, it is a very appropriate sentence in light of the serious nature of this offense,” Judge Chad Brown said in court Friday.

The judge sentenced Wilson according to the terms of a plea agreement negotiated by Montgomery County District Attorney Lorraine Diamond and Wilson’s attorney, Stephen Rockmacher.

In addition to the prison sentence, Wilson will be subject to 10 years post release supervision and will be required to register as a sex offender following his release. He will also pay $1,425 in court fees and surcharges. An order of protection for the victim will be in effect until 2053.

By accepting the plea agreement, Wilson waived his right to appeal his sentence and conviction. Wilson did not make any statements in the courtroom during sentencing except when answering yes or no to direct questions from Brown.

Under the negotiated sentence, Diamond said Wilson will serve a significant amount of jail time and the victim will be spared from having to testify against him. He could have faced up to 25 years in prison under the charges he pleaded guilty to.

“We didn’t want to put the victim through any further testimony in this matter,” Diamond said. “It’s customary in any plea negotiation for the people to give an offer of something less than the maximum sentence, in this case we came down two years. That is a small margin in my opinion.”

“We were prepared and willing to go to trial on the case if we had to, but in terms of balancing those other issues, it in our opinion is a solid offer and we’ve effectuated the substantial justice that we seek in every case,” she continued.

The reduced sentence was conditioned on Wilson’s agreement that he will testify against his co-defendant Nicole Elmore, 35, of Gloversville, if charges against her are brought to trial.

Wilson and Elmore were accused of kidnapping his estranged wife on Dec. 31, 2021 and torturing her over six days inside a trailer on Fulton County Highway 107 and at a motel in Montgomery County. The two are accused of cutting off the victim’s finger and sexually abusing her with a baseball bat, along with a list of other abuses, according to court documents.

On the sixth day of the alleged abuse the victim escaped after Wilson stopped his car at a house on Eagle Street in Gloversville.

Diamond said her office so far has been unable to reach a plea agreement with Elmore’s attorney and trials are tentatively scheduled on charges she faces in Fulton County on Jan. 9 and in Montgomery County on Jan. 16.

Rockmacher deferred most comments regarding his client’s conviction until after Wilson faces sentencing on charges related to the kidnapping in Fulton County Court on Nov. 17. Wilson admitted to first-degree assault in that county and will again receive 23 years in prison.

“It took a lot of hard work to come to this agreement working with two counties simultaneously. It is fair,” Rockmacher said.