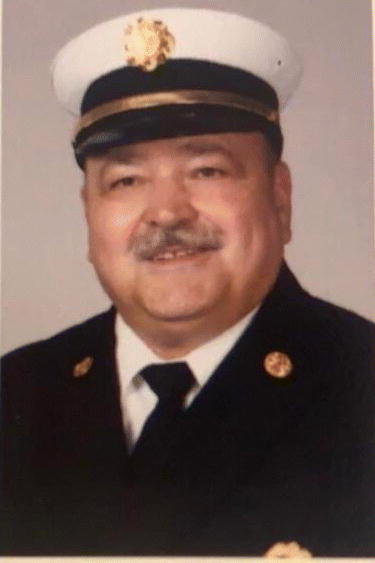 Ken was born in Moriah, NY, on April 28, 1943, to the late Kenneth Sr. and Mary Szalkowski Baker. On October 1, 1963, he was united in marriage to the former Patricia Lucas. He worked at Rome Cable and retired from Vernon Downs as the director of security. Ken proudly served his country as a member of the U.S. Navy. His service did not stop there as he was also a volunteer firefighter for the Lee Center Fire Department for 48 years, where he served as fire chief for 28 consecutive years, the longest in the department’s history. He was also the President of the Oneida County Fire Chiefs Association in 2001.

Ken enjoyed going to the casino, gardening, fishing, hunting, taking care of his buddy “Spike” and going to his grandchildren’s sporting events whenever he could. He loved nature and would feed the birds and took pride in having a well-maintained lawn. He was a member of St. Joseph’s Church and the Constableville Rod and Gun Club.

Ken is survived by his loving wife, Patricia; two sons, Michael (Julia) Baker of Lee Center, and Joseph (Sharon) Baker of Lee Center; grandchildren, who gave him so much joy Ashley, Hilary, Courtney, Kyle, and Tyler; a sister, Theresa (Nicholas) Doria of TN; two brothers, Raymond (Sandra) Baker, and William (Cindy) Baker both of Lee Center; a brother-in-law, Joseph (Diane) Lucas of OR; his little buddies Nico and Gus; and several nieces, nephews, and cousins. He was predeceased by a sister, Christine Paine; and mother-in-law, Anne Lucas (Grandma #2).

A Mass of Christian Burial will be held on Monday, at 11 a.m. at St. Joseph’s Church. Burial with military honors will be in Evergreen Cemetery.

Relatives and friends may call at the Barry Funeral Home, 807 W. Chestnut Street, on Sunday from 1 to 4 p.m.

In lieu of flowers, donations may be made to the Lee Center Fire Department, Believe 271 Foundation Inc., or St. Jude Children’s Research Hospital.

The family would also like to thank Dr. Glady Jacob and SUNY Upstate Medical Center.