The result of the 22nd Congressional District election remains unclear as a state Supreme Court judge began reviewing absentee and affidavit ballots and attempting to wade through problems with which ballots have already been counted and which have not.

Supreme Court Justice Scott DelConte presided over a day-long hearing in Oswego County, part of the sprawling district, on Monday but made no major rulings. He is continuing review of absentee ballots today and is scheduled to review affidavit ballots, cast by voters who were not allowed to vote on Election Day but believe they were entitled to.

Republican challenger and former Congresswoman Claudia Tenney led Brindisi by some 28,000 votes out of more than 250,000 cast early and on Election Day, but Brindisi closed that gap as absentee, affidavit, military and overseas ballots were counted afterward. Both campaigns put the margin at around 100 votes in Tenney’s favor after the eight involved county election boards reported post-Election Day ballots late last week.

Now DelConte is weighing arguments from both campaigns and reviewing how each board of elections agreed to or rejected the respective campaigns’ challenges to printed ballots.

Lawyers for Tenney contended in papers filed with the court that ballots without a postmark received after election day should not be counted. The Tenney lawyers told DelConte that some election boards lost or disposed of absentee ballots’ outer envelopes before Tenney representatives reviewed many of them, thus all received after Nov. 3 without a postmark should not be counted. State law requires absentee ballots be postmarked by election day or delivered in person before the polls close.

In addition, Tenney’s legal team contended that ballots received as early as Nov. 4, the day after Election Day, cannot be presumed to have been mailed by Nov. 3 as those could have been handed in after, and they cited rulings from appeals courts in 2001 to that effect.

The Tenney team also cited previous cases in arguing against counting absentee ballots with identifying or distinguishing marks, including where someone wrote in the name of a candidate who is already on the ballot

Brindisi’s legal team responded that more leeway should be given on behalf of voters who did not handle their ballots properly but tried to fix, or cure, the error or were not given notice from election boards that they could fix them.

The attorneys also argued in their motion for counting ballots left in drop boxes at polling places in the wrong county, noting election law does not specify that a voter has to return a ballot to his or her home county, and that election boards forwarded ballots to the proper county. Higher courts have held that presumption should be given to voters who substantially comply, they maintained.

“Legislative enactments that unnecessarily prevent constitutionally eligible voters from exercising their fundamental right to vote — for example, by imposing arbitrary deadlines regarding the time to cure — violate the New York State Constitution and are invalid,” the lawyers said.

Complicating matters Monday was whether some absentee ballots from Oneida County have been counted. Elections commissioners Rose Marie Grimaldi and Carolanne Cardone told DelConte they placed sticky notes on contested ballots, but some ballots arrived at the court Monday with no notes attached. The precise number is not clear but it appeared to be fewer than 100.

State Election Law states commissioners are to note the outcome of challenges by writing on the back of the ballot.

DelConte asked both sides to state their cases on how to proceed. In papers filed with the court today, lawyers representing Tenney argued against the court ruling on ballots not properly marked, while Brindisi’s team contended the law allows more to be reviewed by the court.

Tenney team said a judge should not count ballots that are not known to have been challenged, including those not identified in Oneida County. “Without a notation as to whether the ballot had been canvassed, this Court faces the very real possibility that a ballot will be counted twice,” the lawyers said in their memorandum to the court.

Brindisi’s response is that boards’ failure to record an objection to counting or rejection of a ballot does not mean the court can’t rule on the validity of the ballots at issue. They contend they will offer evidence the Brindisi campaign did object to election officials’ refusal to count certain absentee and affidavit ballots. “The failure of a board to record that objection does not deprive this court of jurisdiction,” they wrote.

“Candidates, campaigns and voters should not be punished for the failure of election officials to follow statutory instructions.”

The legal team also contends that the Legislature allows ballots received ballots without a postmark by Nov. not be deemed untimely, and argued that state election law was amended and took effect in August giving more leeway to count affidavit ballots from voters who had moved from county to county without their registration records necessarily reflecting their move.

DelConte continued to hear from the respective counties’ elections officials in court today. 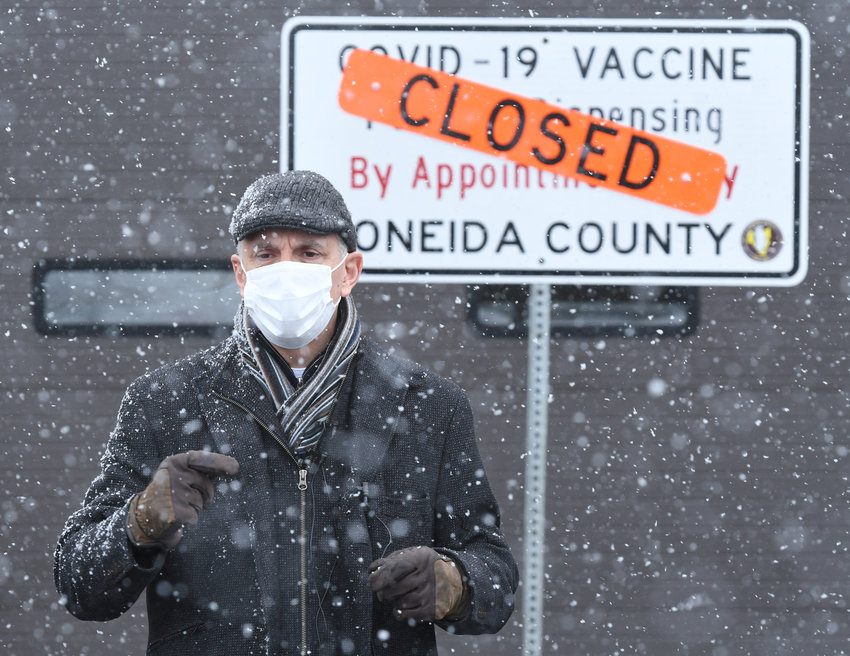