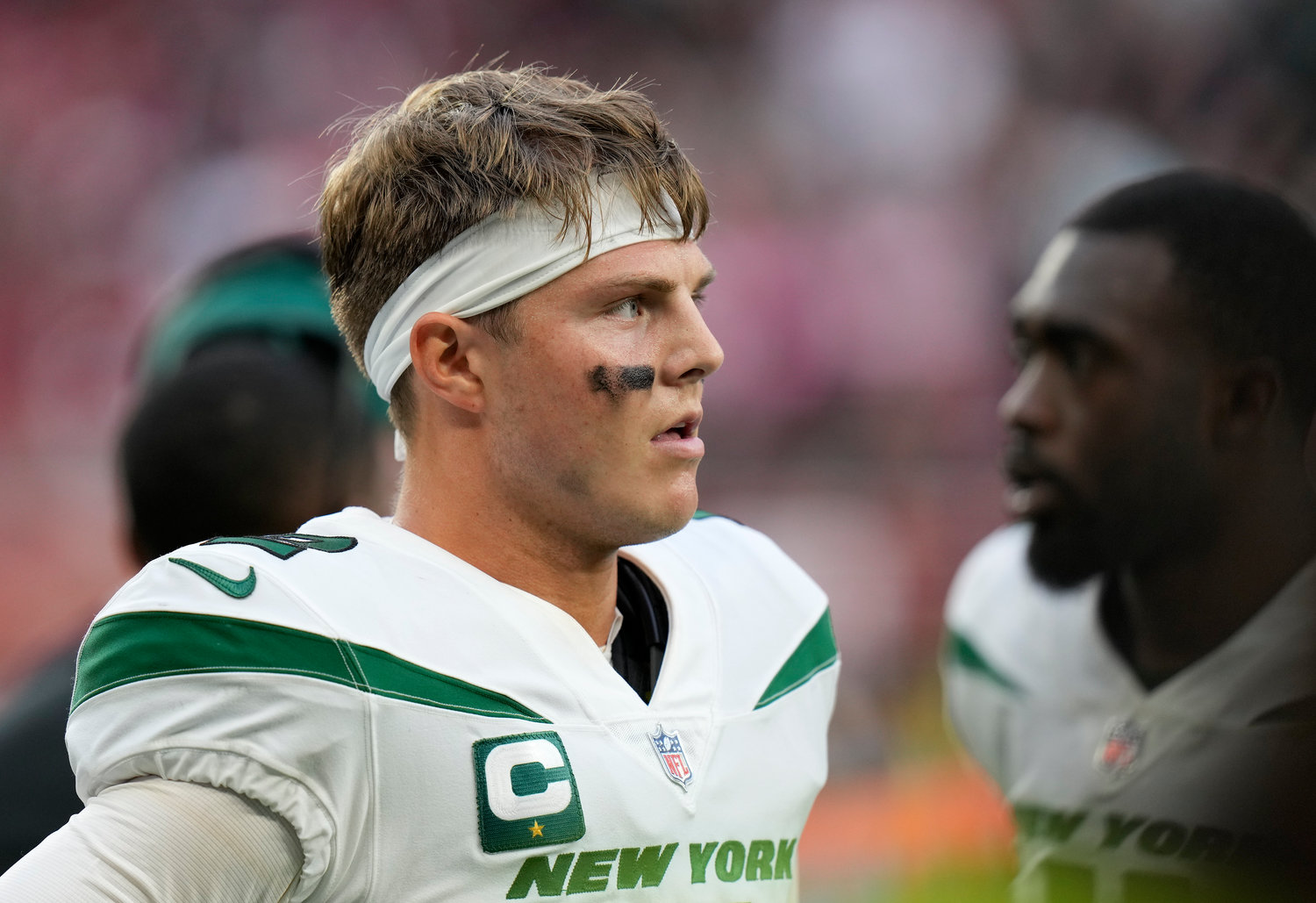 Five weeks later, Wilson is ready for the rematch.

“I can’t wait to get back out there and play these guys,” Wilson said. “I think it’s going to be a blast.”

That's an interesting choice of words, especially considering Belichick is 22-6 against rookie QBs with New England and a game against the Jets' AFC East rivals hardly seems something to look forward to.

“They’re an aggressive team that tries to just throw off the timing of me and the receivers, and so that’s something we’ve been working on and looking to get better at,” Wilson said. “So, I'm excited to play these guys again.”

Call it youthful ignorance. Or better yet, competitive fire.

The Jets have stumbled to a 1-4 start in which there's been inconsistent play by Wilson, slow starts by the offense and some glaring moments when both sides of the ball have failed to execute.

Coach Robert Saleh’s young squad is having some growing pains, starting with the quarterback, who has four touchdowns and an NFL-leading nine interceptions through five games. He has shown some moments of the playmaking ability that made him the No. 2 overall pick in April. He has also had some clear struggles, particularly against New England.

Still, Wilson found himself back home in Utah last weekend during the bye week thinking about football and getting back in the huddle.

“Still at the point in my career where I wish we didn't have a bye week,” Wilson wrote on Twitter. “Ready to get after it next Sunday.”

And it didn't necessarily have to do with his next opponent being the first team he'll face twice in his young NFL career.

“I think it’s exciting every single week,” Wilson said Thursday. “I wouldn’t just say this because it’s the Patriots, but I’m super excited for this week. Just the chance for us to get better, for me to get better, to apply the things that I’ve been working on. I think that’s what makes football so fun.”

Wilson isn't thinking about how his performance Sunday at Gillette Stadium can be used as a measuring stick of his progress.

“Just like it was the first time we played, everything is a stepping stone,” the quarterback said. “We’re building something here that’s going to be special for a long time. When it’s going to be super special, we don’t know. All we have to focus on is one step at a time.”

A good first step would be getting off to faster starts on offense. In the first quarter this season, the Jets have been outscored 30-0 and have just 79 total yards so far. They also have averaged seven offensive plays in the opening quarter in the last four games.

The second quarter hasn't been much better: 13 points total versus opponents' 75 in the opening half.

“The main part has been those little subtle execution deals and it’s been across the board,” offensive coordinator Mike LaFleur said. “It’s been me not putting these guys in a great position with some of the play calls and then across the board just guys not executing at the level that they’re capable of, that they show once we kind of get in the rhythm of the game.”

But he has been a different player after halftime, going 64 of 101 for 768 yards and his four TDs and three picks. Obviously, part of that increased production is the fact the Jets are in catch-up mode. But Wilson has also played and looked better, particularly while in up-tempo situations.

Saleh, LaFleur and the staff did a deep dive into solving what is causing the Jets' woes on offense early in games.

“We feel good about it,” Saleh said. “Obviously, we’ll see Sunday. We've got to put up or shut up, right?”

No matter what, Wilson and Co. are eager to see if they can change their first-half fortunes.

“I don’t think the focus of the very first drive needs to be different than the rest of the game,” Wilson said. “Every game should be how can I execute the best I ever can on this play?

"And that’s what this game has to be as well just getting in a flow, getting in that rhythm, being able to execute and go down the field.”

ALBANY (AP) — An officer was justified in fatally shooting an Oneonta man who was threatening his toddler son with a knife last April, New York's attorney general's office wrote in a report. Tyler …