The Capitol is presenting its latest iteration of Summerstage under the direction of Peter Loftus, the first in three long years ... 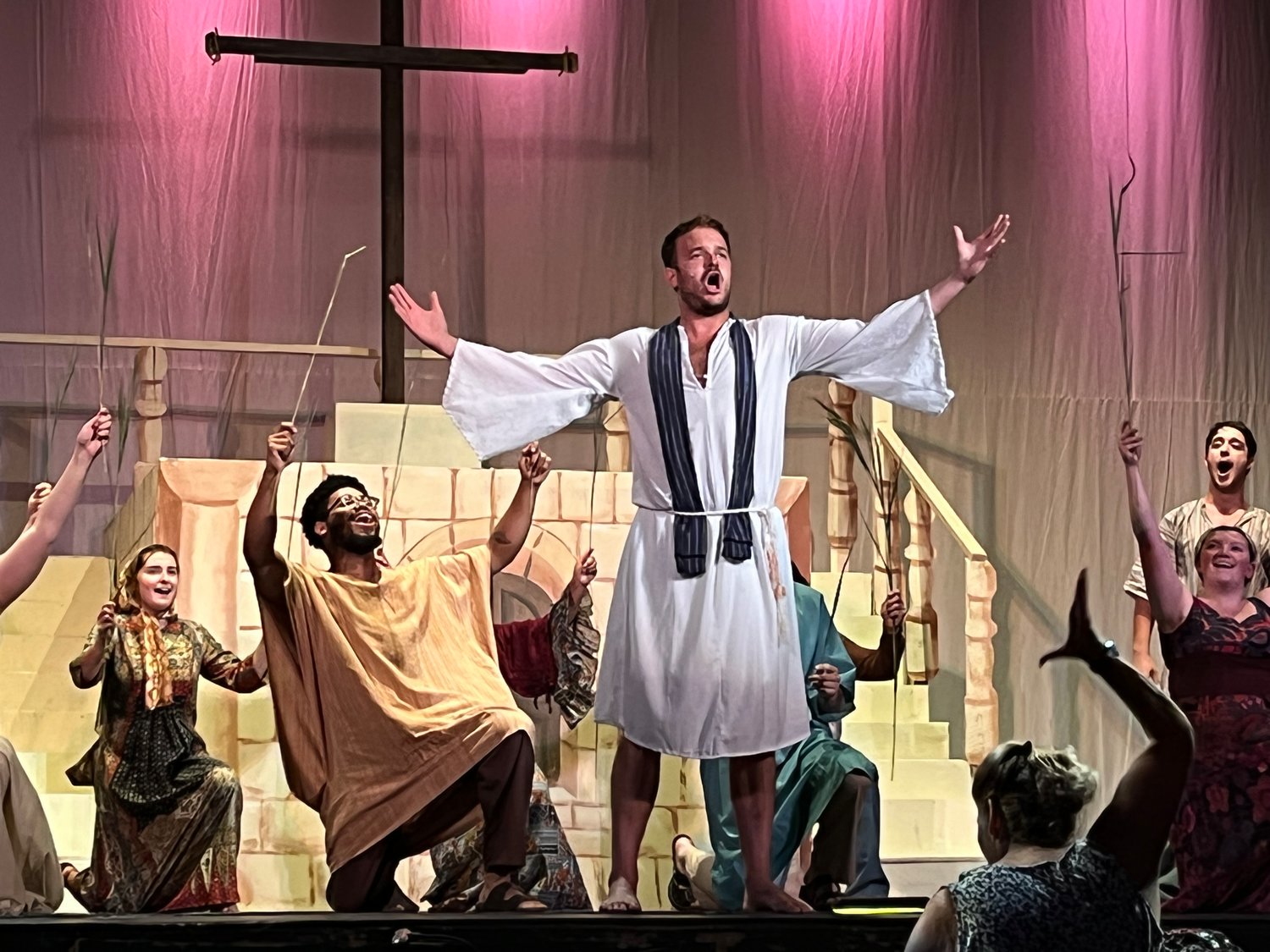 ROME — With live theater continuing to find its way back to what it once was before the COVID-19 pandemic, it was about time for Rome’s historic Capitol Theatre, 220 W. Dominick St., to join the fold, especially on the heels of the theater’s own significant restoration.

The Capitol is presenting its latest iteration of Summerstage under the direction of Peter Loftus, the first in three long years, and the show that was chosen itself promises a sort of awakening for the audience, the classic rock opera “Jesus Christ Superstar” by Andrew Lloyd Webber and Tim Rice.

Jesus Christ Superstar has endured in musical theater for half a century, resonating with generations of audiences who intuitively feel with the show.

At the Capitol, the curtain rises on an empty set, as the cast gradually enters in silhouette, easing us back into the sensation of live musical theater before enveloping us in light and sound. The set is effectively made up in three pieces that prove to be versatile throughout the show.

Also commendable is the way the ensemble fills the stage. There’s always something going on, but never to the extent that it distracts from the leading characters that still stand out in the moments they’re supposed to. The way the ensemble moves together, especially in the songs that are heavier on choreography, really add an immediate spark that energizes the first act

Add to that vibrant lighting effects and you’re really immersed and enveloped into a familiar world.

Within that familiar world, we’re reintroduced to characters like Jesus Christ, Judas, Mary Magdalene, who are given their own renewed individual interpretations.

Christopher Spilka’s portrayal of Jesus Christ comes across as the type of charismatic leader that would attract a crowd rather than a reluctant, conflicted savior — and he fully delivers on performative emotion and passion.

The same is true of the Judas Iscariot played by David Paul.

The performance that particularly moved me in an inexplicable way was the Mary Magdalene played by Claire Haile, and not where you’d expect to be moved with the role’s signature song. What really moved me was the Second Act rejoinder to everything that follows the First Act, asking could we start again please in a way that I’ve never heard, felt, or really understood before.

And speaking of that feeling, for as much spectacle and entertainment the show has, for all of this to work you really have to nail the emotional impact of the passion, the final hours of Jesus Christ. It’s a significant and weighty requirement of the show itself, and is treated with an appropriate emotional heaviness that is fully committed to by its cast and in its presentation all around. But as necessarily grim and saddening as the death of Christ is in the show, there is a great hope whispered in the final notes of the show. Even perhaps by its own existence as the return of what was once an annual live theater event, Jesus Christ Superstar offers that same whisper of hope.

The Capitol Summerstage production rises to the occasion to deliver an experience unique to this time and place that people should experience for themselves.

The Capitol Theatre will present Jesus Christ Superstar tonight and Saturday Aug. 6, at 7:30 p.m. each night.

Information on tickets is available on the Capitol Theatre’s website: https://www.romecapitol.com/movie/summerstage-jesus-christ-superstar/

NOTE: AJ Parker is a member of the Capitol Theatre.