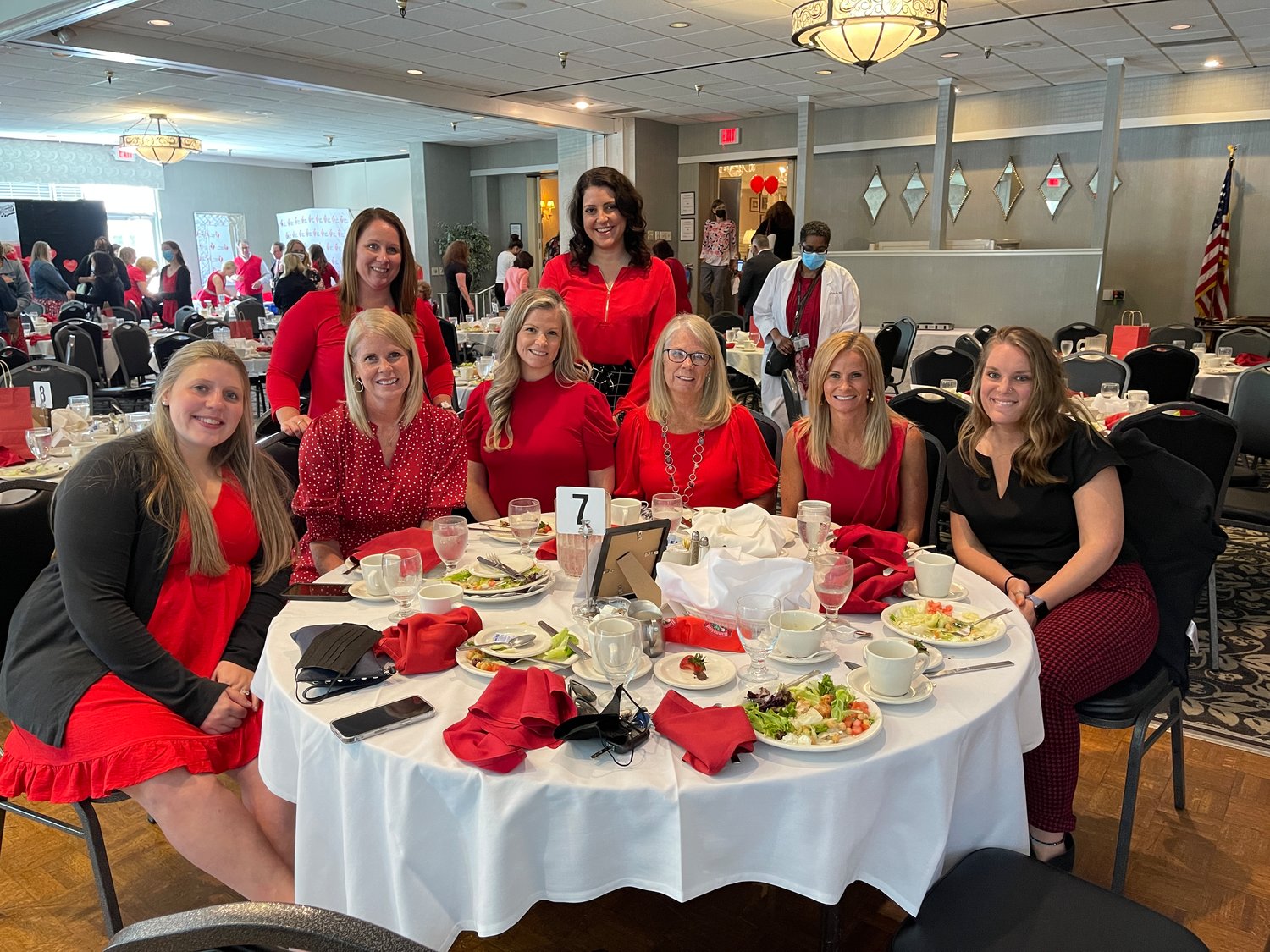 Women from Standard Insulating Co. at the Go Red For Women Luncheon on Wednesday at Hart’s Hill Inn in Whitesboro.
(Sentinel photo by Pam Sperbeck) 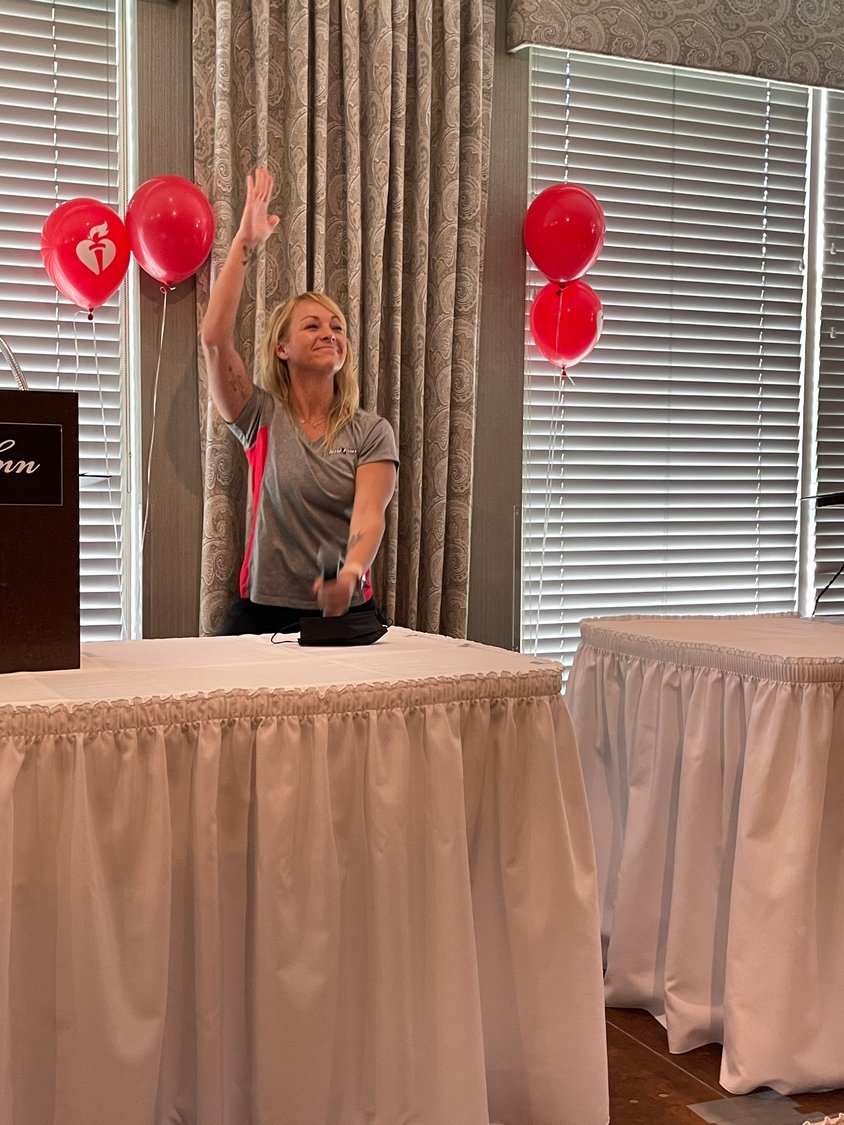 Hollie Raux of Retro Fitness gets the crowd up and moving at this year’s Go Red for Women Luncheon on Wednesday at Hart’s Hill Inn in Whitesboro.
(Sentinel photo by Pam Sperbeck)
Previous Next
Posted Thursday, May 19, 2022 9:30 am

WHITESBORO — It was a sea of red as more than 200 guests gathered for lunch Wednesday at Hart’s Hill Inn, 135 Clinton St., Whitesboro, to join the American Heart Association (AHA) in the fight against heart disease at the first in-person Go Red for Women Luncheon since 2020.

Attendees heard about the AHA’s work in the Mohawk Valley, and learned risk factors for heart disease, and ways to prevent it.

Jackie Bennati Snizek shared her story of surviving a heart attack known as a “widowmaker” in 2020. A little more than a year after having her heart attack, her sister passed away from what the family only recently learned was also a cardiac event.

“I truly believe that those of us that are survivors have an obligation to educate others and help raise awareness for heart disease,” Bennati Snizek said. “If I can help save one life by sharing my story, then I know I did my small part to help a much bigger cause. I hope that after hearing my story, more women take action to seek medical care if they are symptomatic rather than ignore their medical signs. Women need to make themselves a priority despite all the multitasking they do on a daily basis.  We have to take care of ourselves so we can keep on living our best lives.”

The AHA has been investing research money into maternal health, since cardiovascular disease is the leading cause of maternal death in the U.S.

Dr. Dumisa Adams, an obstetrician/gynecologist who is the medical director of The Women’s Health Center at Mohawk Valley Health System, gave the keynote address about heart health during the stages of a woman’s life, with a connection to the childbearing years.

“Cardiovascular disease harms and kills more women than any gynecology cancer,” Adams said. “It is often silent until catastrophic. I want to participate in any event that sheds a spotlight on this. This is a great women’s event supported by all.”

Two community members, who were part of the inaugural Women of Impact campaign in the Mohawk Valley, Jessica Aponte, digital performance consultant for Ford Direct, and Morgan Roller, billing coordinator of Indium Corporation, were honored for raising awareness about women’s heart health.

“I was surprised to learn that heart disease claims the lives of one in three women,” said Steve Gassner, chair of the board of directors of the American Heart Association in the Mohawk Valley and chief administrative officer at the Mohawk Valley Water Authority.

“That’s too many. I have a mother, sisters, a wife, a daughter. I want them all to live long and healthy lives. Go Red for Women will help them – and all the women in the Mohawk Valley – do exactly that.”

The lodging site is expected to provide an economic boost to Sylvan Beach area, as well as create a place visitors want to return to...