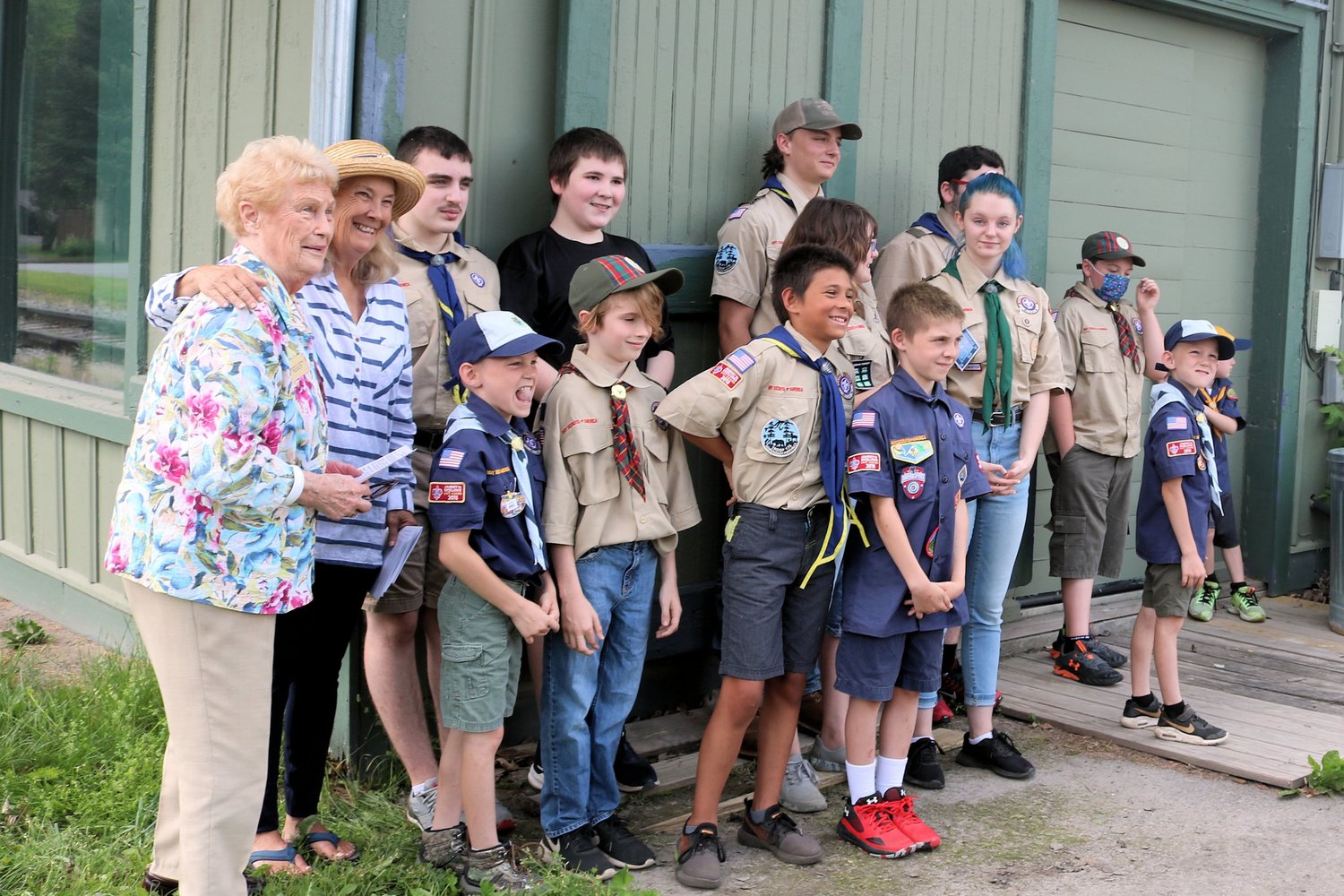 HOLLAND PATENT — Earlier this summer, members of the Holland Patent chapter of the Daughters of the American Revolution and members of Scout Troops 175, 316 and 37 as well as troop leaders and parents descended upon the Holland Patent Depot to assist in an annual effort to properly dispose of worn flags with a Flag Retirement Ritual.

Vice Regent Kitty Squire and the older Scouts did an educational flag folding demonstration, reviewing the etiquette and meaning of its care. They learned that when the “union” (blue) of the flag is removed, it is no longer a flag.

For more than two hours, they worked to properly retire 2,477 American flags. “The Holland Patent chapter gratefully thanks everyone who participated in this much needed assistance,” the group said in an announcement. “Thank you to Bass Pro Shops for their huge American flags that each Scout group had the opportunity to experience the flag folding ceremony on large scale flags before they were retired,” the NSDAR chapter added.

For those who may have missed the flag retirement but have a worn flag that needs proper disposal, the Roberts Post 161 American Legion collects flags all year round.