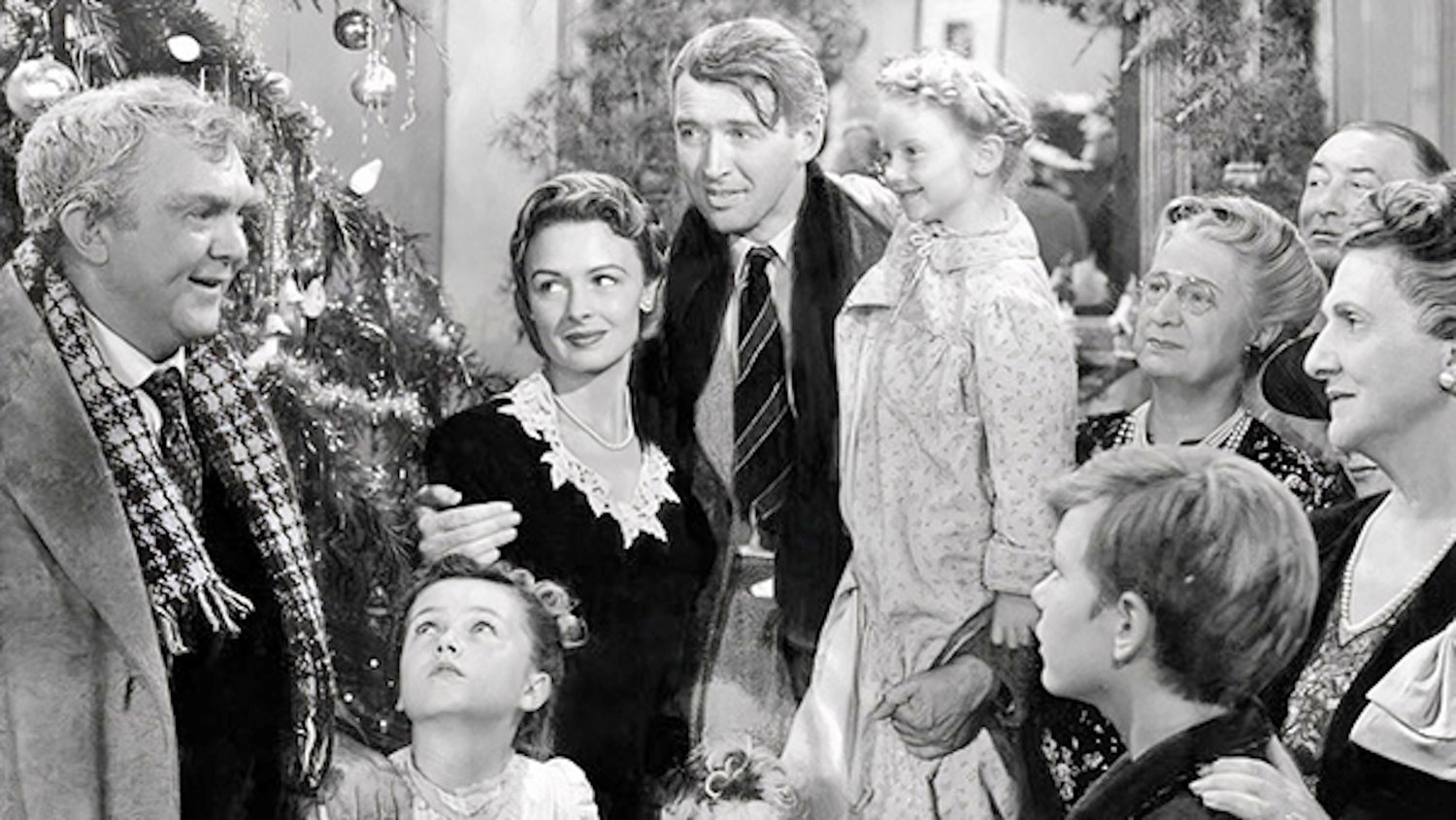 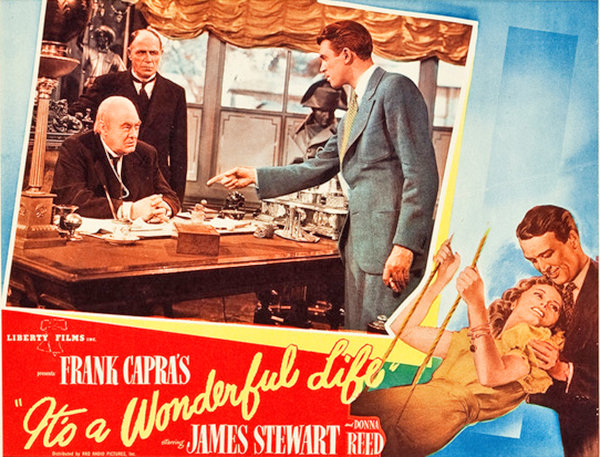 “When the Capitol first showed this movie in 1947, the theater looked very much as it does now,” said Capitol Executive Director Art Pierce. “This is the first time we’ve been able to say that since our annual screenings of It’s a Wonderful Life started 16 years ago.”

He said, “Since last year we’ve replaced the seats in the orchestra section with those that we had 1939-52, replicated our 1939 carpet, and completely restored the foyer to its 1939 appearance. Also, the film was screened using 35mm carbon arc film projection, the same method we’ll be presenting in this 35mm print from the Library of Congress in Washington.”

The movie concerns a small-town man (James Stewart) who considers himself a failure when he finds his life collapsing around him. He is visited by his guardian angel (Henry Travers) who shows him what the world would have been like if he had never been born.

Others in the cast include Donna Reed, Lionel Barrymore, Thomas Mitchell, Beulah Bondi, and Ward Bond. The black and white movie runs 129 minutes and will be shown in a restored 35mm film print from the Library of Congress in Washington, D.C.

Initially a box-office failure, It’s a Wonderful Life has since come to be regarded by several film critics and historians as one of a handful of true holiday-season classics.

Director Frank Capra visited his aunt in Auburn on numerous occasions and on at least one occasion in 1945, while It’s a Wonderful Life was in its pre-production stages, stopped in Seneca Falls to get a haircut. It is generally believed that he based the fictional “Bedford Falls” of the movie on the real-life Seneca Falls. There are several Upstate New York references in the movie that lend credence to this claim.

Due to COVID restrictions, the auditorium will be filled to a maximum of 25% capacity, or 432 patrons, per show. Unvaccinated people will be required to wear masks at all times while in the building.

The screenings are presented by Broadway Utica and sponsored by Northwestern DBJ Wealth Management.

“We couldn’t be more pleased about our partnership with Broadway Utica and the generous sponsorship by Northwestern DBJ Wealth Management,” Pierce said. “We have every reason to believe that this is the beginning of great things as we continue to work with Broadway Utica.”

Admission is $7 for adults, $6 for seniors, students, and military, $5 for Capitol members, and $3 for children age 12 and under.

There will be no Stoney Shire Mercantile in the Hulbert House. Instead, the team behind the Stoney Shire enterprise will redirect focus to the website, where local artisans can list and sell …