The Christmas tree will be officially lit on Nov. 30. 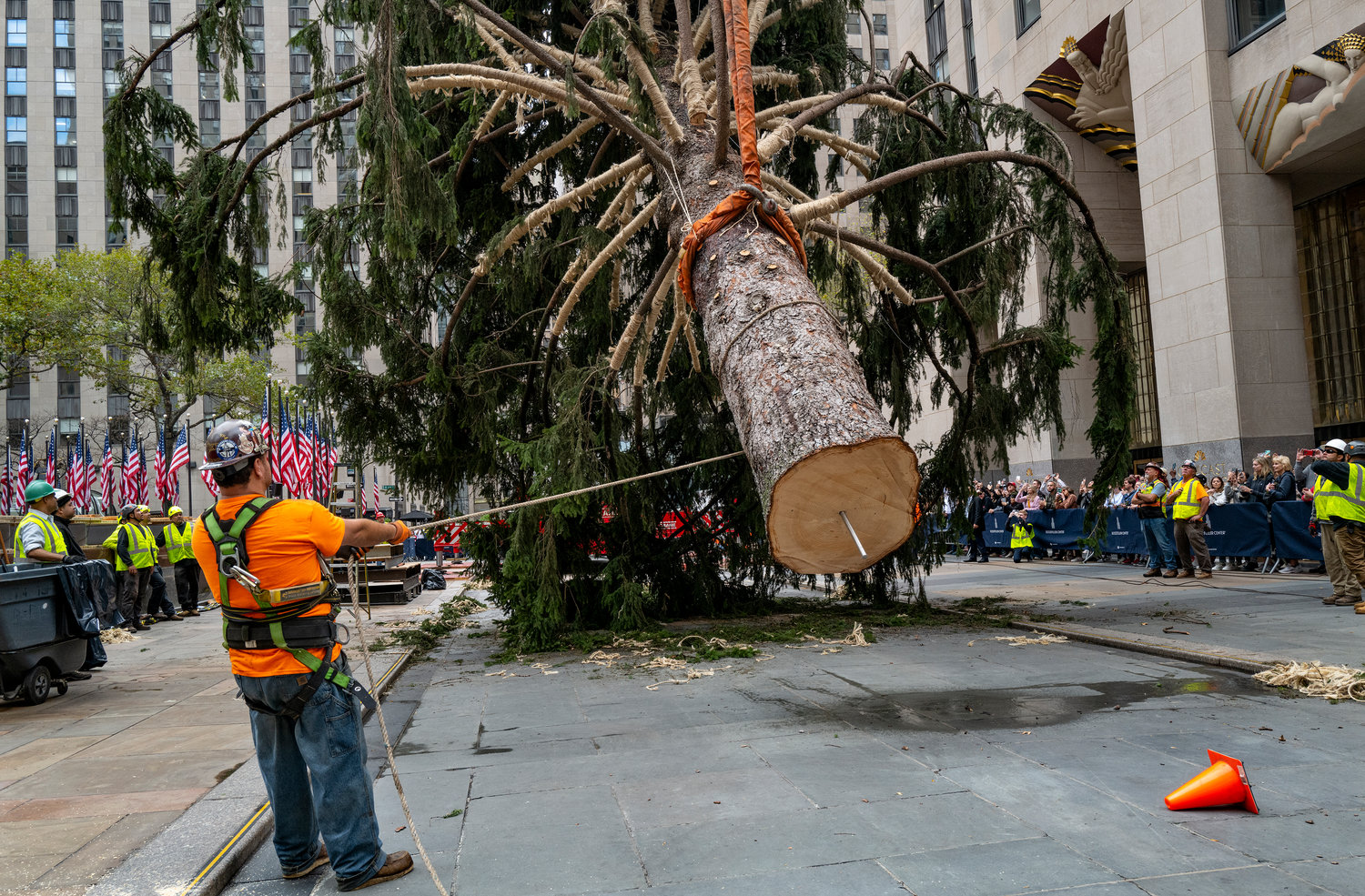 NEW YORK — An iconic sign of Christmas arrived in New York City on Saturday as a crane hoisted an 82-foot  Norway spruce into place at Rockefeller Plaza, where the 14-ton tree will be festooned with thousands of lights and topped with a star encrusted with millions of crystals.

The Christmas tree will be officially lit on Nov. 30.

The approximately 90-year-old tree was cut Thursday then lifted onto a flatbed truck for its 200-mile  trip from Queensbury, New York, to New York City.

“We gave it with the expectation that everybody would enjoy it," said Neil Lebowitz, whose family donated the tree.

“For me, it was just a nice tree,” Lebowitz was quoted as saying by the New York Post. “Now it’s a special tree. Everybody around the world can enjoy it.”

The tree, whose lower branches extend 50 feet  in diameter, will be aglow with 50,000 multicolored lights and topped with a 900-pound star covered in 3 million crystals.

After the holidays, the tree will be milled into lumber for donation to Habitat for Humanity, officials said.