A new historic landmark was erected in the village to identify the nearby site of a Liberty Party national convention held in 1852. 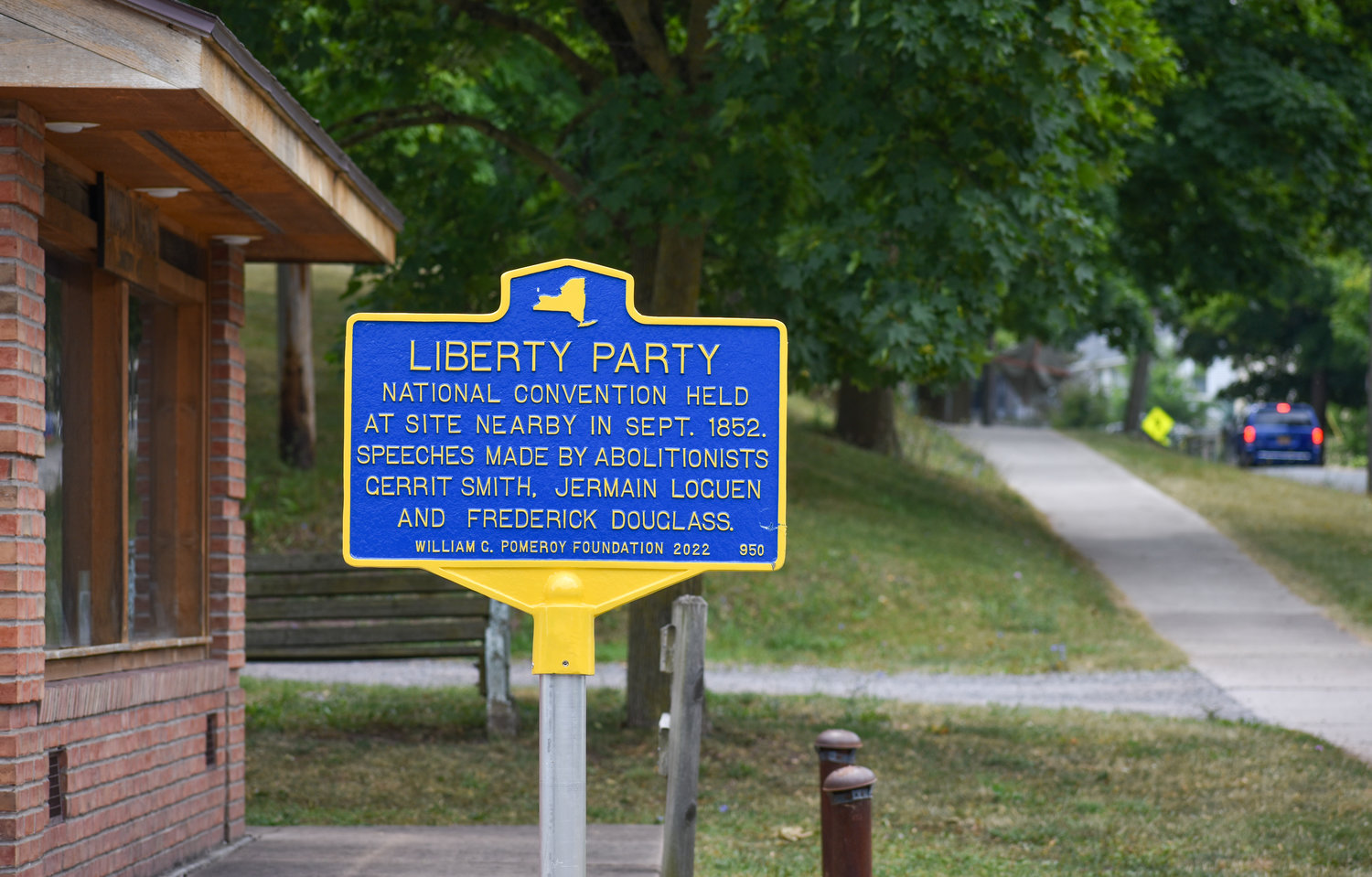 A historical marker was recently mounted in Canastota to designate a Liberty Party national convention held in the area in 1852. According to Canastota Village Historian David Sadler, this has been the only presidential convention ever held in Madison County.
(Sentinel photo by Carly Stone)
Posted Wednesday, August 10, 2022 6:40 pm
Carly Stone
Staff writer
email / twitter

CANASTOTA — A new historic landmark was erected in the village to identify the nearby site of a Liberty Party national convention held in 1852.

To commemorate this point in history, a dedication will be held at the landmark located in front of the skate park, 230 S. Peterboro St., at noon, on Friday, Sept. 2. This will be the 170th anniversary of the Liberty Party convention, the only presidential convention ever held in Madison County, explained Canastota Village Historian David Sadler.

William Goodell, a native of Coventry, Chenango County, was the Liberty Party presidential candidate in 1852, according to Sadler. One of the political group’s guiding principles was abolition. The dedication will expand on members’ call to end slavery and highlight the party’s attempt to win the presidency. According to the marker, speakers at the convention included abolitionists Gerrit Smith, Jermain Loguen, and Frederick Douglass.

After the party failed to gain enough support in the presidential campaign, “[it] just kind of fizzled out after that,” Sadler said. According to Wikipedia, the Liberty Party was founded in 1840.

Sadler collected 12 pages of documents from various libraries and museum archives over a six month period to get enough information to apply for the historic marker provided by a $1,440 grant through the William G. Pomeroy Foundation. The marker was created by Sewah Studios in Marietta, Ohio.

Another marker is on its way to the village thanks to Sadler’s research, some 21 pages in all, about “Old Phoebe” which resulted in a $1,550 grant to commemorate the local “wanderer” via a marker to be placed on South Peterboro Street on the municipal grounds of the Canastota-Lenox office building.

“Old Phoebe” Bradley was “kind of an eccentric” character known for wandering the roads of Madison County, primarily in the Canastota and Oneida areas. “She’d be back and forth all the time, this was during the summer months. Then when she got older, in the winter months she’d go up to the county home in Eaton, which used to be like a poor house type place,” Sadler explained. She spoke “pigeon english,” making her difficult to understand, perhaps due to germanic heritage, Sadler found in his research. “She lived in an area on the east end of Canastota called the goose pasture, just east of the village line, kind of between the canal and the railroad.”

An 1899 painting of her used to be in the mayor’s office until around 1930. Now, it’s hung in the Canastota Canal Town Museum. She passed away in 1905 at the age of 89 years old, Sadler reported.