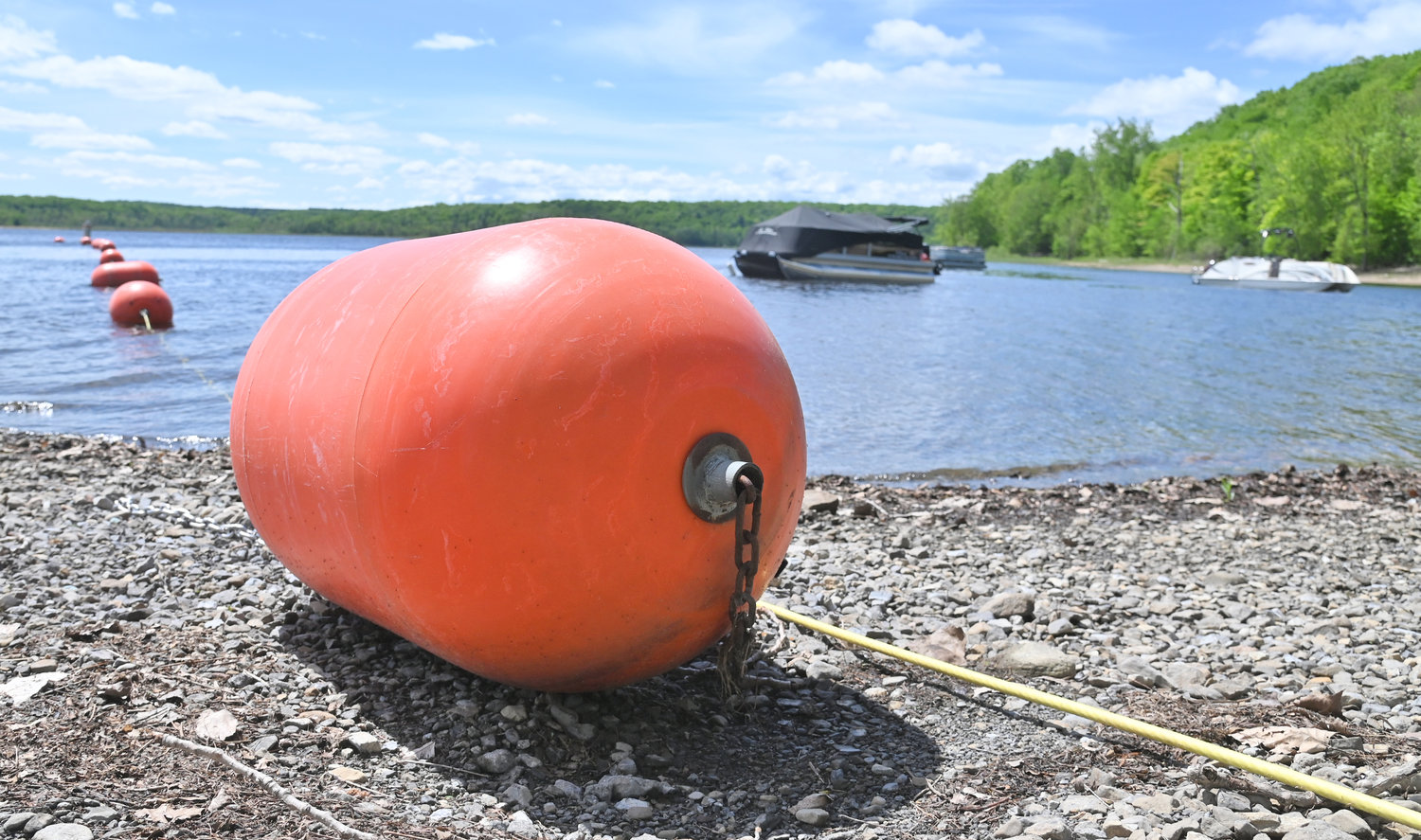 The Hinckley Reservoir is ready for the 2022 recreational season as the New York Power Authority has announced the opening of the popular boat launch. Above a bouy rests on the shore as boats float along the placid surface of the reservoir in the back ground.
(Sentinel photo by John Clifford) 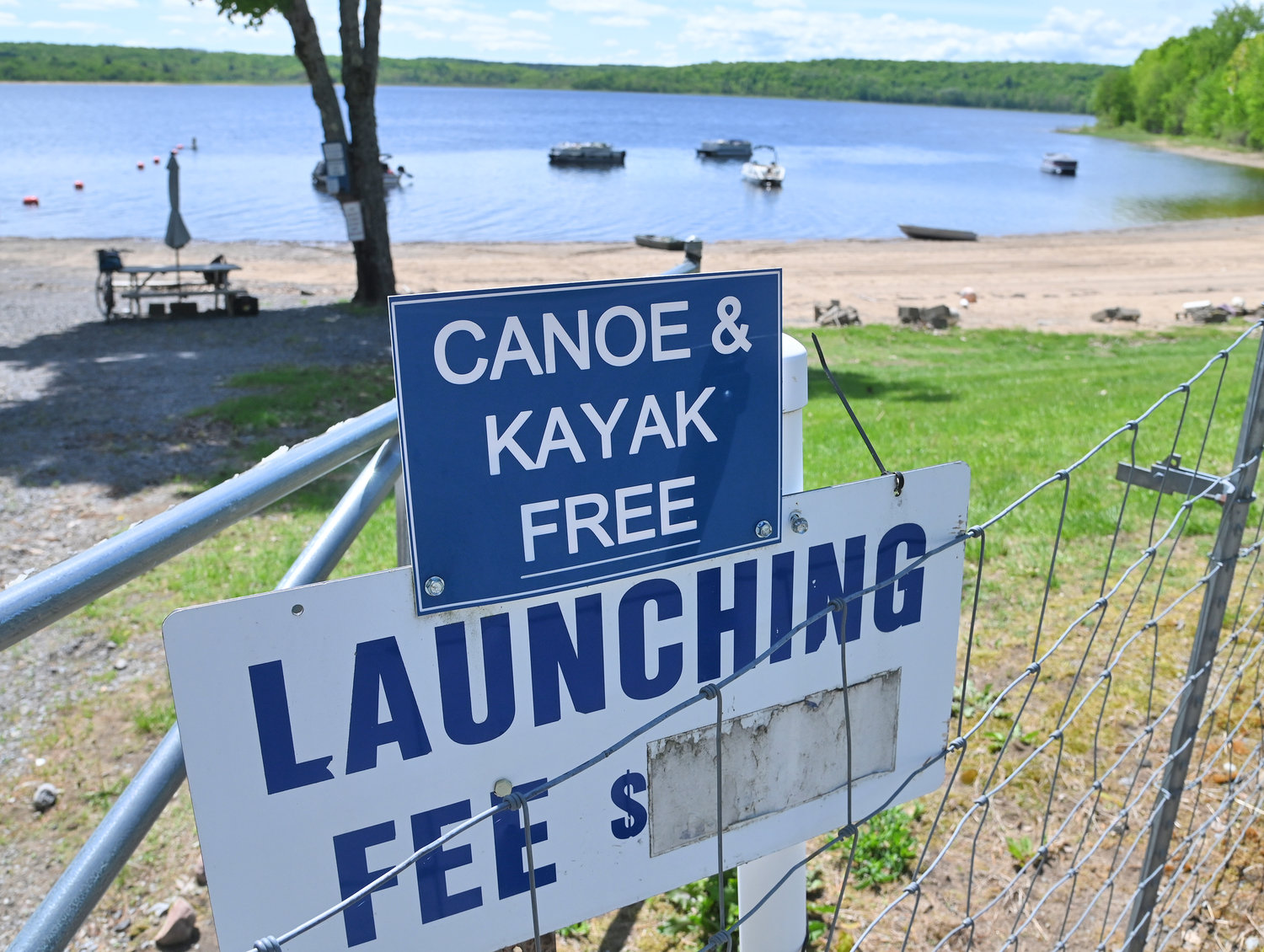 Hinkley Reservoir boat launch fee with boats in the water in the background.
(Sentinel photo by John Clifford) 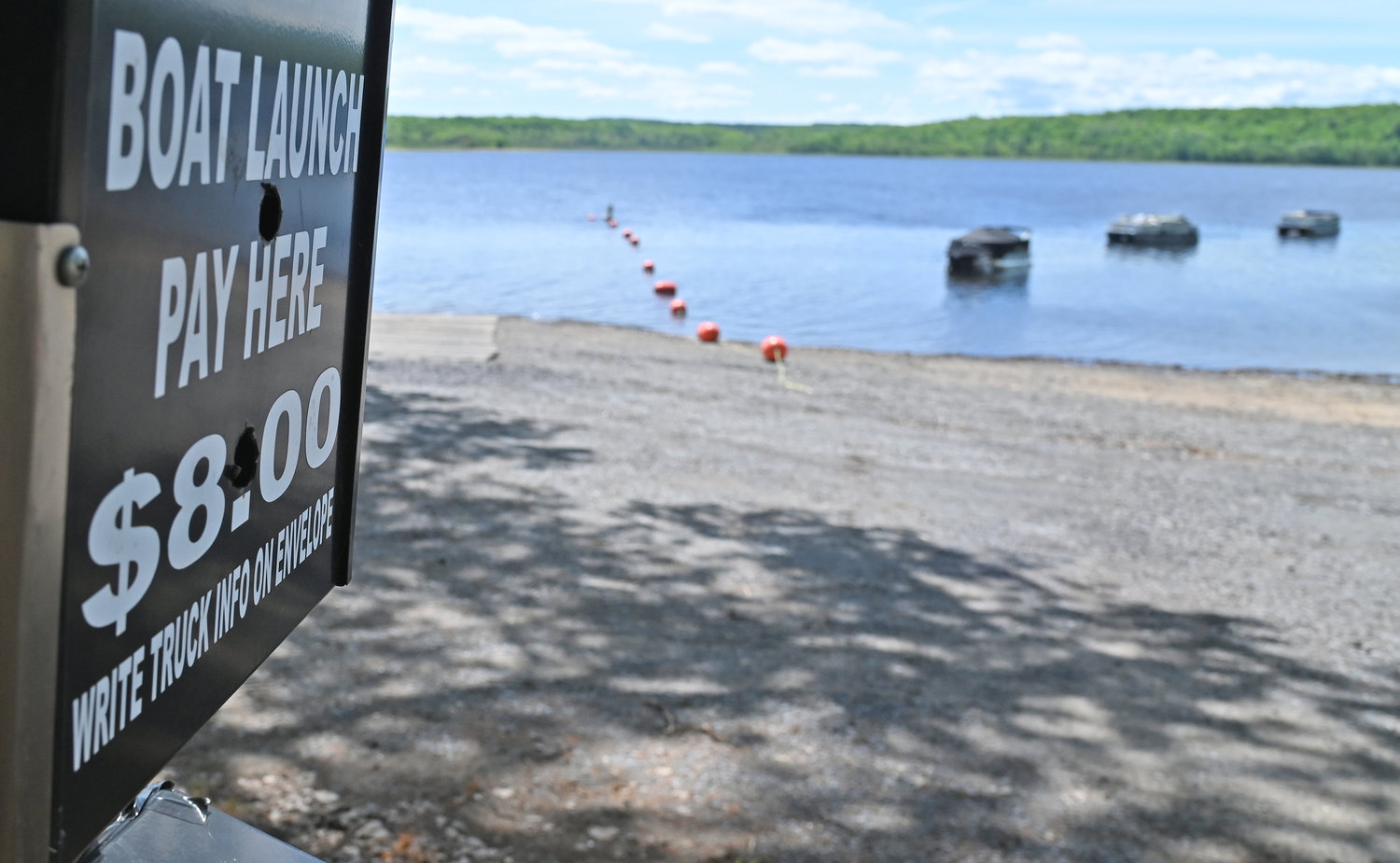 Hinkley Reservoir boat launch fee with boats in the water in the background.
(Sentinel photo by John Clifford)
Previous Next
Posted Tuesday, May 24, 2022 8:30 am

HINCKLEY — The New York Power Authority has opened the recreational boat launch at the Hinckley dam and reservoir, along with the site’s fishing access area, for the 2022 season on Monday, according to an announcement by agency officials.

Directional and warning buoys by the power dam spillway are in place, helping to guide boaters, the anouncement
added.

Located along the north side of the reservoir on Route 365, the New York Power Authority built the boat launch in 1985 as a recreational measure in connection with the construction of its Gregory B. Jarvis small-hydro power plant.

Open daily during daylight hours for the boating season, the launch consists of concrete planks extending 250 feet into the reservoir to permit easy access for boaters.

The launch will remain open as long as reservoir conditions remain safe for boating.