Heat wave to linger in region

A high heat wave will linger throughout the weekend for much of the Northeast, including Central New York ...

Heat wave to linger in region 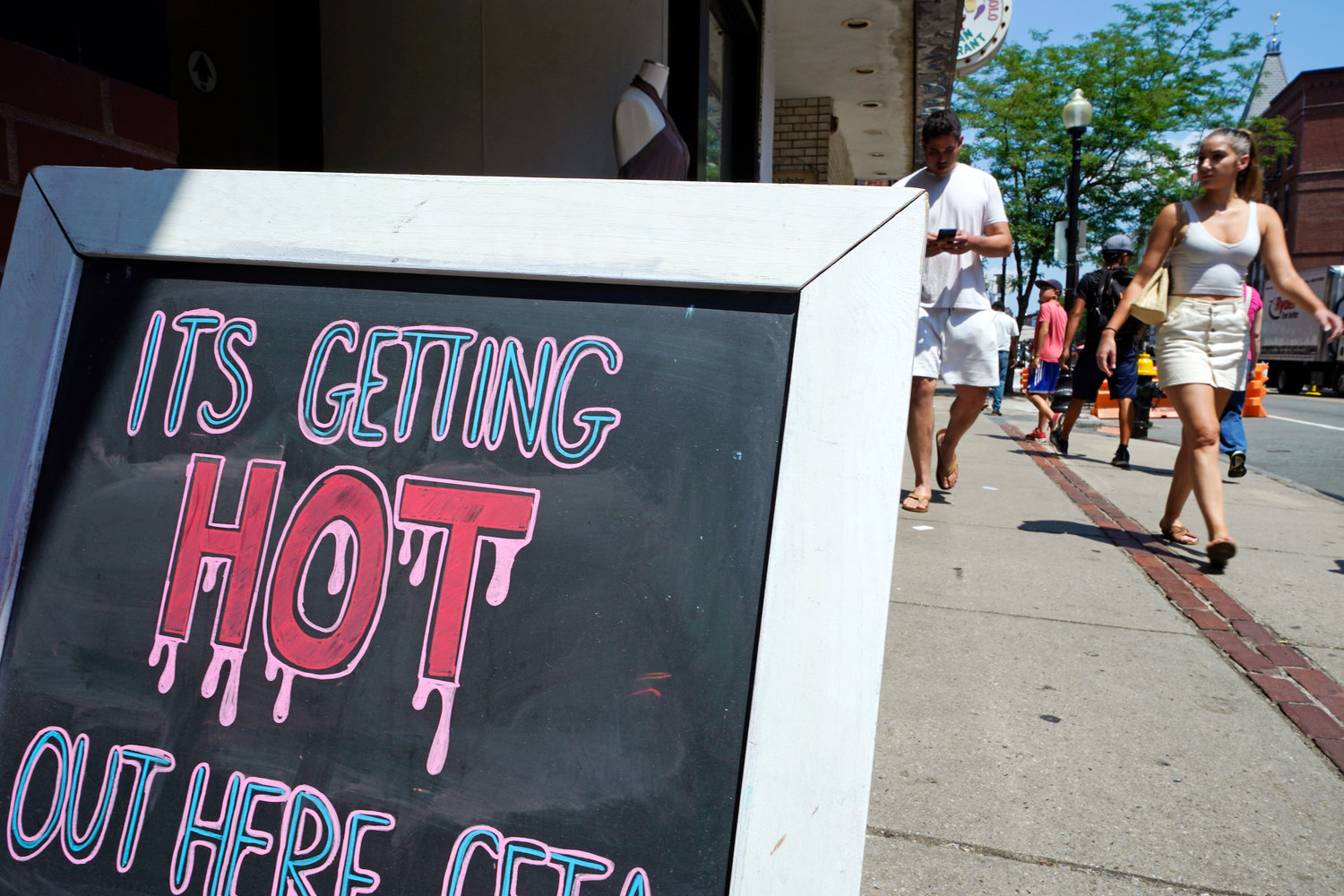 With temperatures hovering in the mid-90's, people walk near a sign down Hanover Street in the North End, during a summer heat wave, Thursday, July 21, 2022, in Boston. Dangerously high temperatures Thursday threatened much of the Northeast and Deep South as millions of Americans sought comfort from air-conditioners, fire hydrants, fountains and cooling centers. (AP Photo/Charles Krupa)
AP 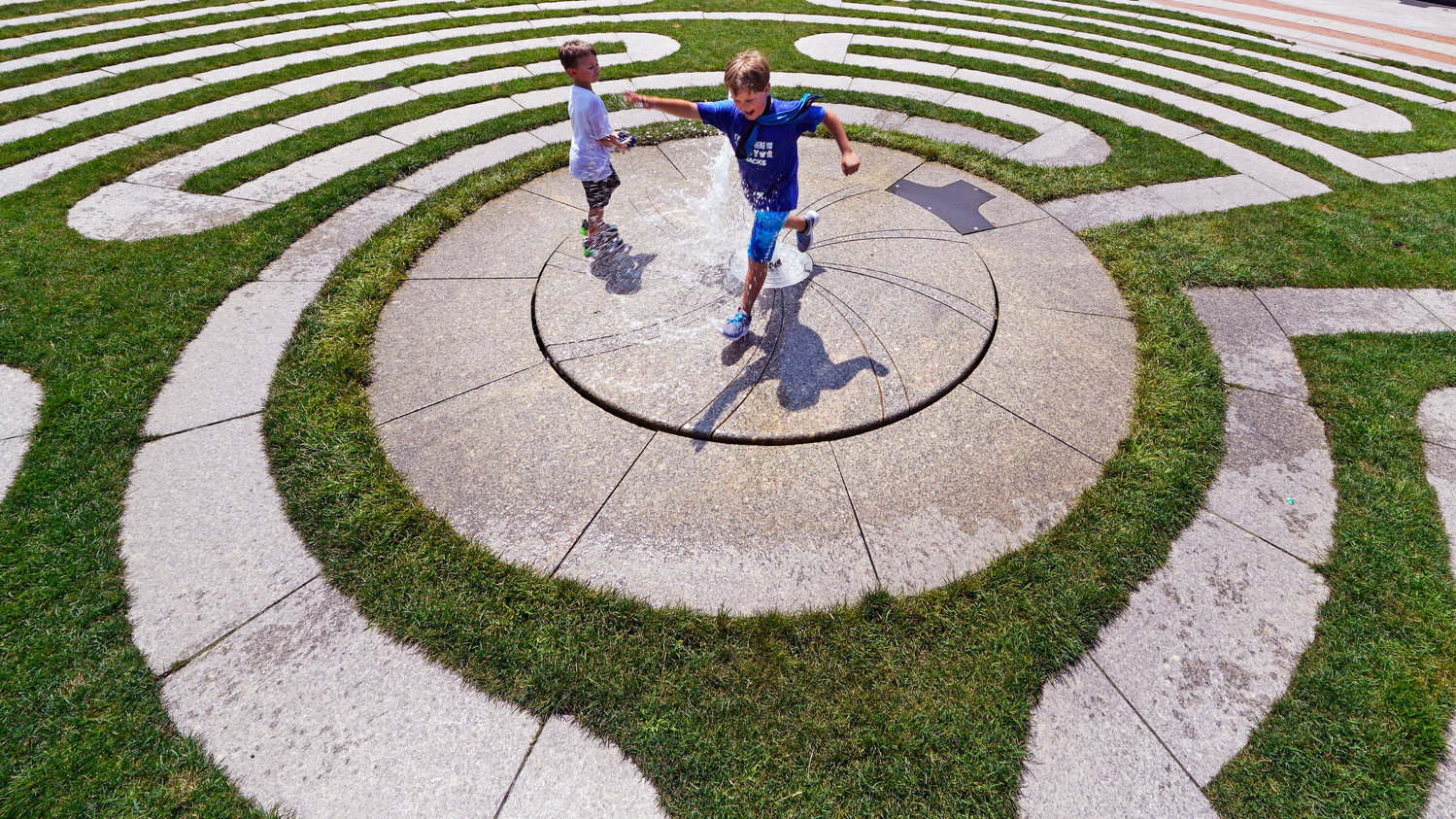 Dylan Schoenfeld, 9, of California, leaps over a fountain while cooling off with his brother Charlie, 5, while on vacation during a summer heat wave, Thursday, July 21, 2022, in Boston. Dangerously high temperatures Thursday threatened much of the Northeast and Deep South as millions of Americans sought comfort from air-conditioners, fire hydrants, fountains and cooling centers. (AP Photo/Charles Krupa)
AP 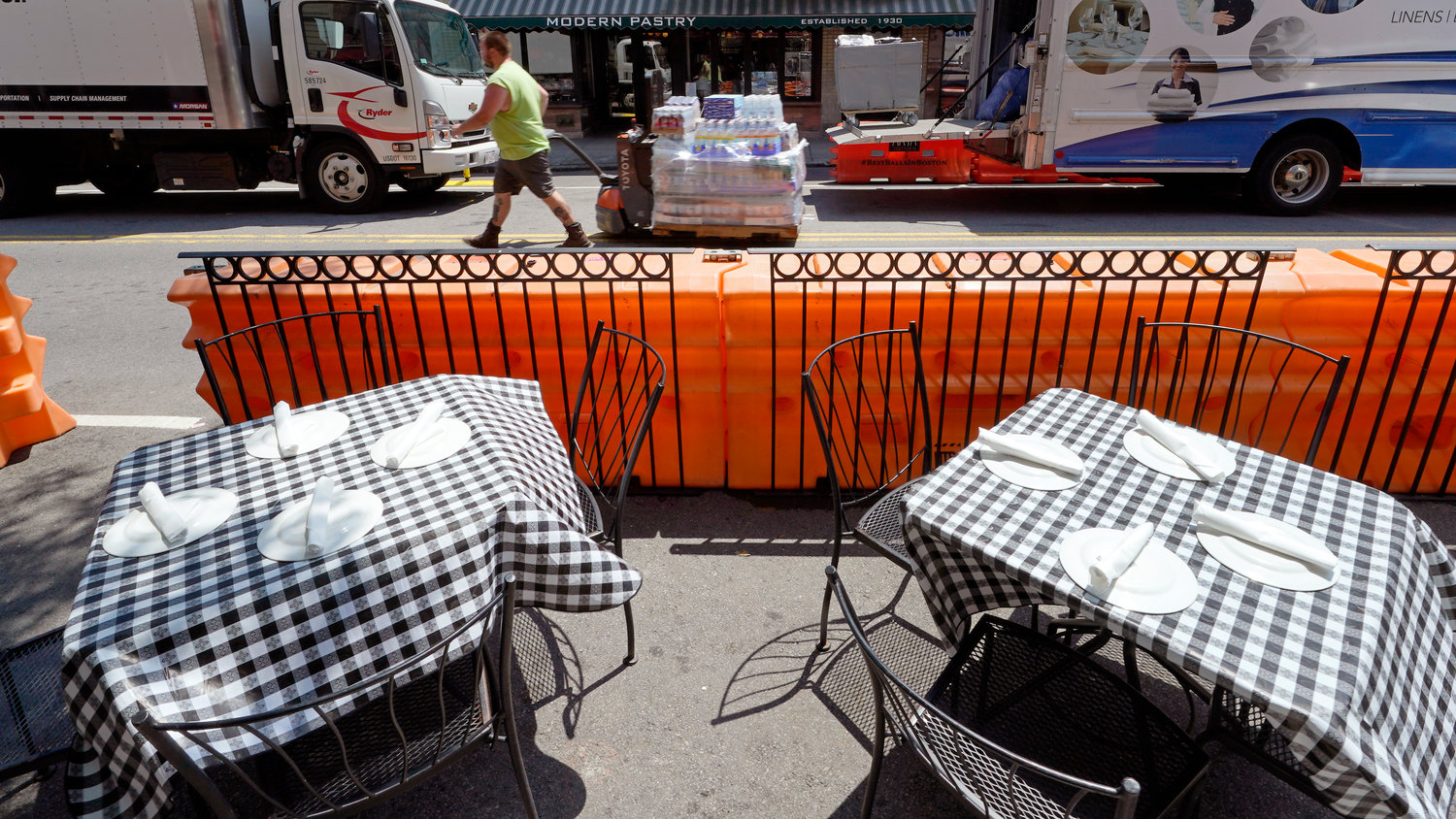 With temperatures hovering in the mid-90's, a deliveryman rolls a pallet of bottled water and soft drinks down Hanover Street in the North End, past empty tables in the sun during a summer heat wave, Thursday, July 21, 2022, in Boston. Dangerously high temperatures Thursday threatened much of the Northeast and Deep South as millions of Americans sought comfort from air-conditioners, fire hydrants, fountains and cooling centers. (AP Photo/Charles Krupa)
AP
Previous Next
Posted Saturday, July 23, 2022 6:14 am
Staff and wire reports

A high heat wave will linger throughout the weekend for much of the Northeast, including Central New York, as well as the South Central and Deep South regions of the nation, forecasters say, adding that the heat wave sent temperatures soaring from St. Louis to Boston.

As some temperatures neared or topped 100 degrees in places, tens of millions of Americans sought comfort by staying in the shade of homes or in air-conditioned offices, and cooled themselves in fountains, at beaches or in cooling centers.

The heat was expected to extend into the weekend, prompting officials to urge people to seek shelter, as well as to drink lots of water and be good Samaritans by checking on elderly neighbors for signs of distress.

“It’s kind of a stagnant pattern,” said Brian Tentinger, a meteorologist with the National Weather Service in Binghamton.

“We’re just seeing some of that warm air creep north.”

Tentinger said the high heat and humidity will last through the weekend in the Central New York area, with temperatures in the high 80s and low 90s.

He said the heat from the south and Midwest is working its way across the Northeast, which is typical for summer in Central New York.

The Oneida County area will be spared the “super oppressive” humidity, Tentinger said, with some slight relief at the start of next week. A front is expected to move through the area starting Sunday night, with some cloud cover expected on Monday. He said there should be less heat and humidity on Tuesday — though it is expected to return by the end of next week.

“There’s nothing extreme on the horizon at this point,” for Central New York, Tentinger said.

In the New York City area, temperatures will again soar into the 90s — below triple-digit records — but the high moisture in the air will make it feel well over a 100 degrees, he said.

Excessive heat warnings — issued when the heat index surpasses 105 degrees Fahrenheit  continuously for at least two hours — were in effect in parts of the Deep South and pockets of the mid-Atlantic.

Heat advisories extended along the East Coast, from South Carolina to southern Maine.

In Boston, residents and visitors were doing their best to cool down during the third of what could be a six-day stretch of 90-plus temperatures. Mayor Michelle Wu extended a previously announced heat emergency in the city through Sunday and urged resident to take advantage of cooling centers and splash pads.

Josh Austin and his wife Michelle traveled down from New Hampshire with their two young daughters to visit the New England Aquarium and enjoy one such splash pad.

“I’m sure there’s some aspect of this heat wave that is a result of global warming — higher temperatures for longer periods of time,” said Josh, 40, a sustainability manager. “But I think it’s also just typical of New England summers to get these warm stretches.”

Massachusetts House and Senate lawmakers approved a compromise bill on Thursday that mandates some of the steps the state needs to take to meet a goal of net-zero greenhouse gas emissions by 2050.

Nancy Cahill also took her young grandsons to the aquarium, stopping by a splash pad on the Rose Kennedy Greenway afterward.

“We are very fortunate that we have access to pools,” said Cahill, 63, who lives in Wakefield, about 15 miles north of the city. “We’re also fortunate because we have air conditioning. I feel bad for those people who don’t have that right now.”

In the Tidewater area of southeast Virginia, temperatures were expected to reach nearly the century mark, but humidity will push the heat index beyond 105 degrees, said meteorologist Tim Gingrich.

“People could suffer heat exhaustion and heat stroke if they’re outdoors for a significant amount of time,” Gingrich said. “You don’t want to be outdoors in the hottest part of the day.”

Cooling centers sprung up across swaths of the country to provide relief from the stifling heat and high humidities.

At a community center run by the Salvation Army in Brooklyn — one of eight of the organization’s facilities opened up across New York City — it was so hot that not a soul was milling about outside, said Capt. Jack Tripari, the chaplain at the facility in a working class neighborhood.

“We are trying to supply them with water and a nice cool place,” he said.

People seeking relief from the heat have trickled in sporadically, staying for about a half hour or so before heading back into the heat.

“We’ve had some families that come on with their children. Some have gone out to do run some errands and find themselves a little too hot. And so they step in and try to cool down for a little bit. We’ve had older people, elderly people who might have been waiting for the bus for a little bit,” Tripari said.

This summer is shaping up to be one of the hottest on record — not just in the United States but across Europe and other parts of the globe.

In Arkansas, a combination of searing temperatures and moist air across much of the state prompted warnings about excessive heat — which could cause some people to succumb to heat stroke and other weather-related ailments.