Hamilton College Associate Professor of Mathematics Courtney Gibbons was selected as one of only two Science and Technology Policy Legislative Branch Fellows funded by the AAAS this year. 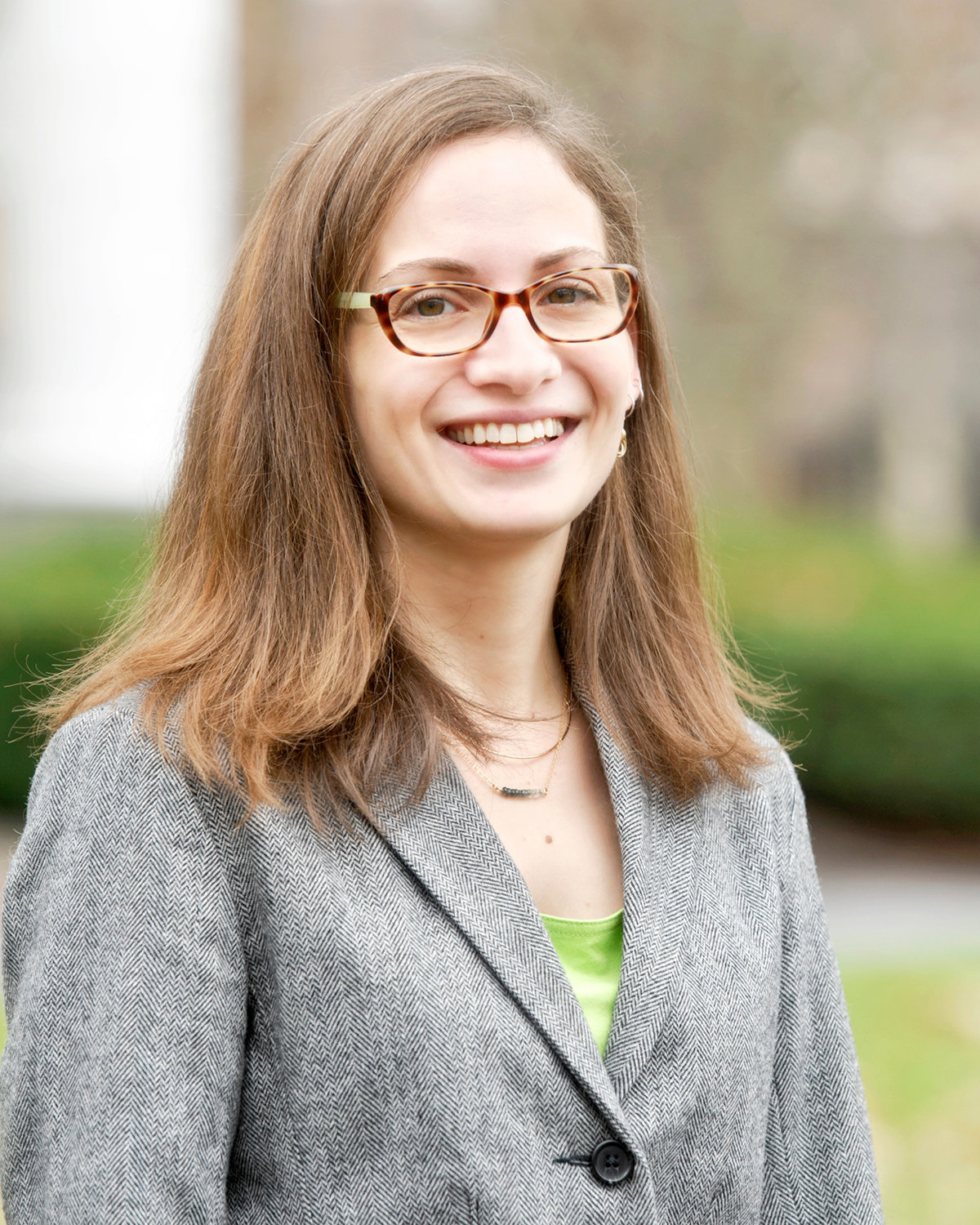 CLINTON — Hamilton College Associate Professor of Mathematics Courtney Gibbons was selected as one of only two Science and Technology Policy Legislative Branch Fellows funded by the AAAS this year. She began her new role working with the Senate Homeland Security and Governmental Affairs Committee in September. Twenty-nine additional Congressional fellows are funded through other societies.

Each year, the American Association for the Advancement of Science (AAAS) places fellows in the executive, judicial, and legislative branches of the federal government where they can use their STEM training to work on policy development and implementation. This year 300 fellows – scientists, mathematicians, and engineers with a wide array of expertise, from rare genetic diseases to energy resiliency – have been assigned to the three branches.

Fellows learn about policy-making while directly applying their technical skills in service of the greater good. A legislative branch fellow might meet with constituents, write policy briefs, or draft and negotiate legislation. Gibbons said she hopes to use her mathematical training to assist in tackling problems of interest to her host office.

“I’ve been contributing to the office by being another set of eyes on quantitative analyses,” Gibbons said. “One of my responsibilities is bringing ideas to the table, so I’m primarily learning what the committee’s jurisdiction is, how everything functions, and where my expertise and interests will be most valuable.”

In applying for the position, Gibbons wrote that she had been planning on pursuing the Science and Technology Policy Fellowship (STPF) since her time as a grad student. But her interest in policy started much earlier, when as a child she wrote to the senior President Bush to express disapproval for his public shaming of broccoli. She even offered the president a tasty broccoli recipe along with an explanation of its nutritional value.

In a more serious vein, she wrote, “In all aspects of my career — research, service, and especially teaching — I enjoy the challenge of communicating technical information to others, even when it requires making (metaphorical) broccoli more palatable to those who need it. The AAAS STPF program is an extension of my career development: using my skills as an educator and technical researcher together to reach audiences beyond my students and academic peers,” Gibbons said.

AAAS policy fellows have been demonstrating excellence in science policy for the past half-century — defining what it means to be a scientist and engineer in the policy-making realm, said Dr. Rashada Alexander, STPF director and alumna fellow.

“In our 50th year of partnership with the U.S. government and many esteemed scientific societies and supporters, we are excited to usher in the newest class and follow their important contributions to policy, science and society,” Alexander said.

The STPF have provided opportunities to outstanding scientists and engineers from a broad range of disciplines and career stages to learn first-hand about policymaking while contributing their knowledge and analytical skills to the federal realm. The experience has a profound effect on fellows’ lives. Today more than 3,000 strong, STPF produces a growing corps of policy-savvy leaders working across academia, government, nonprofits, and industry to serve the nation and citizens around the world.