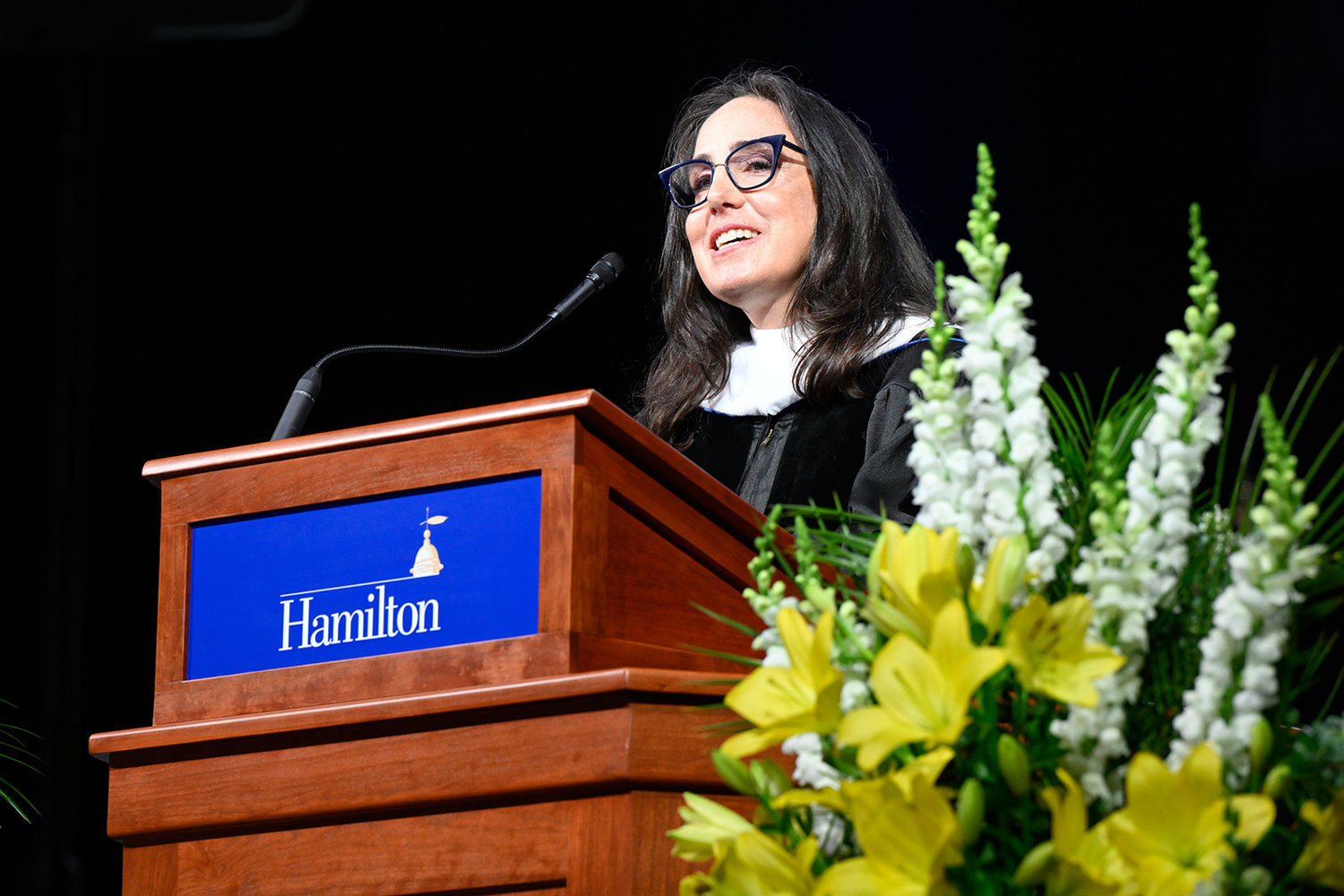 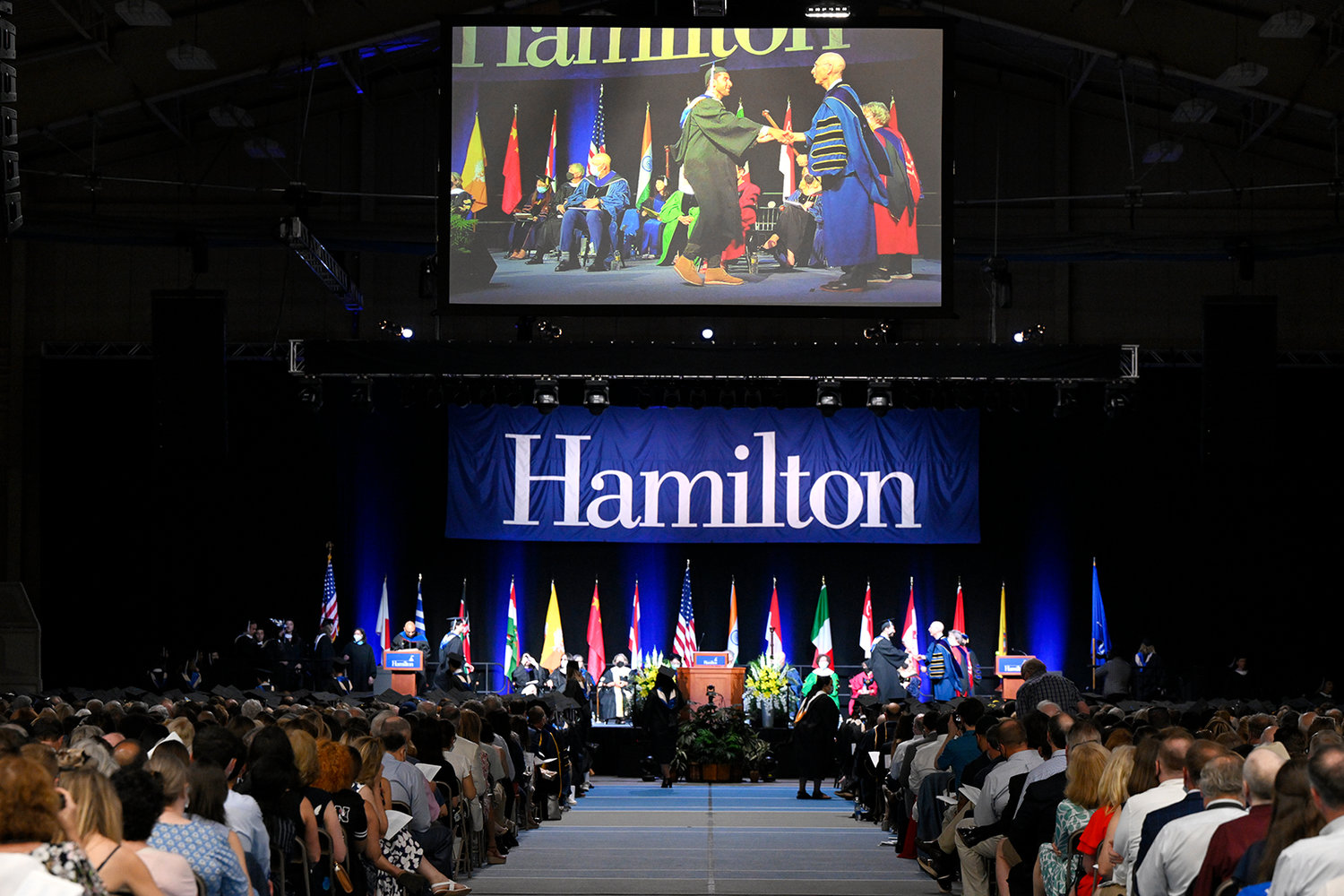 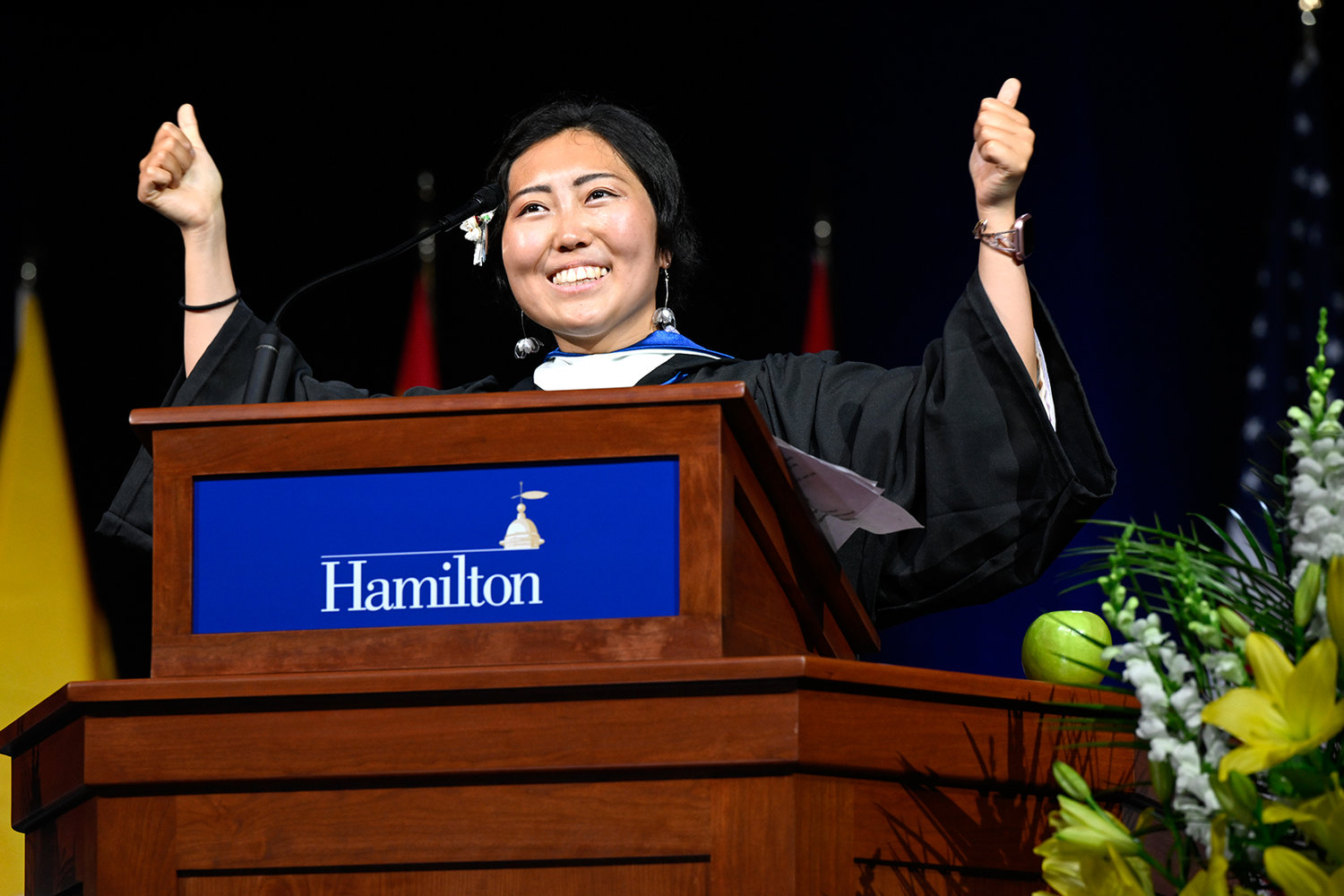 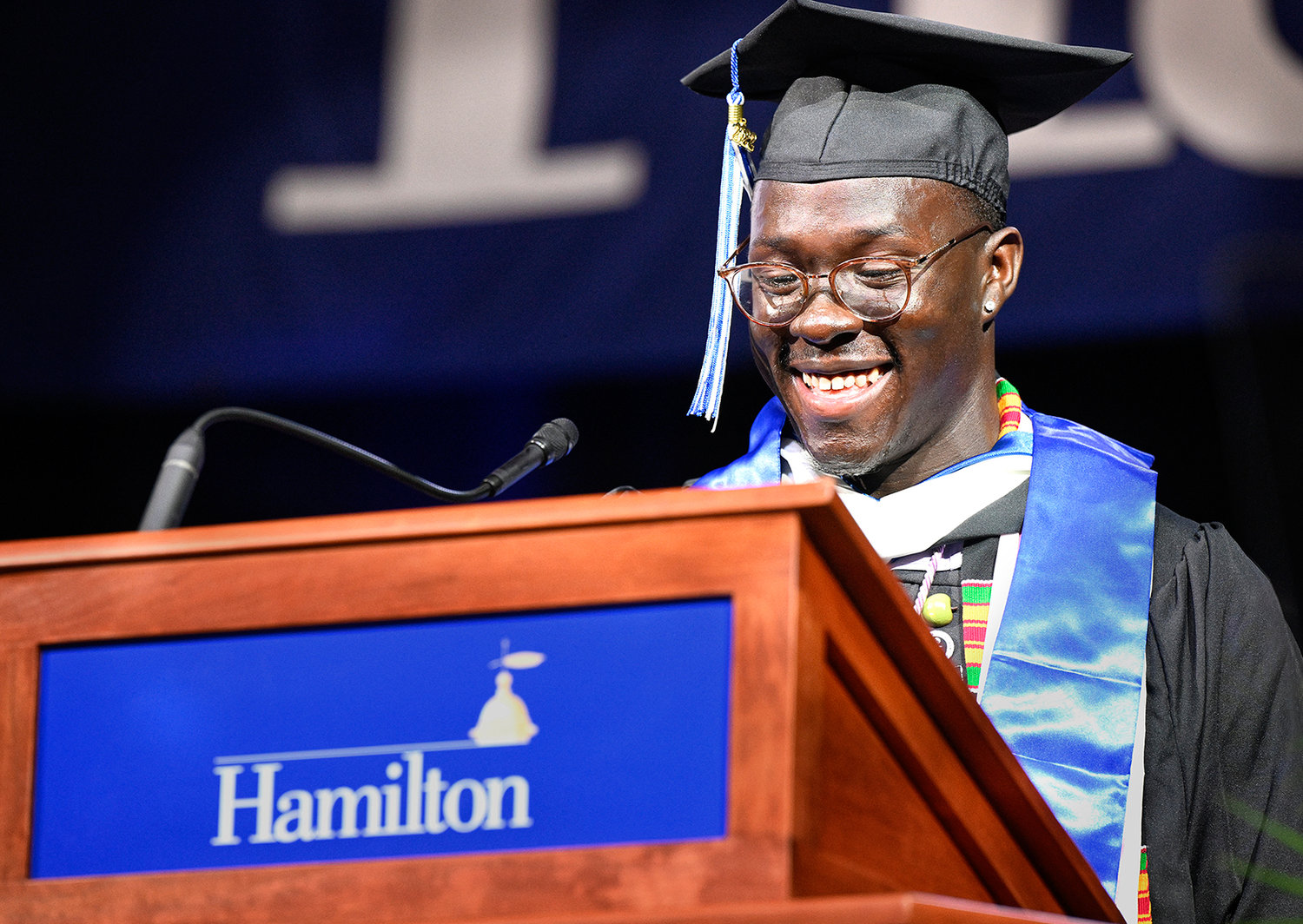 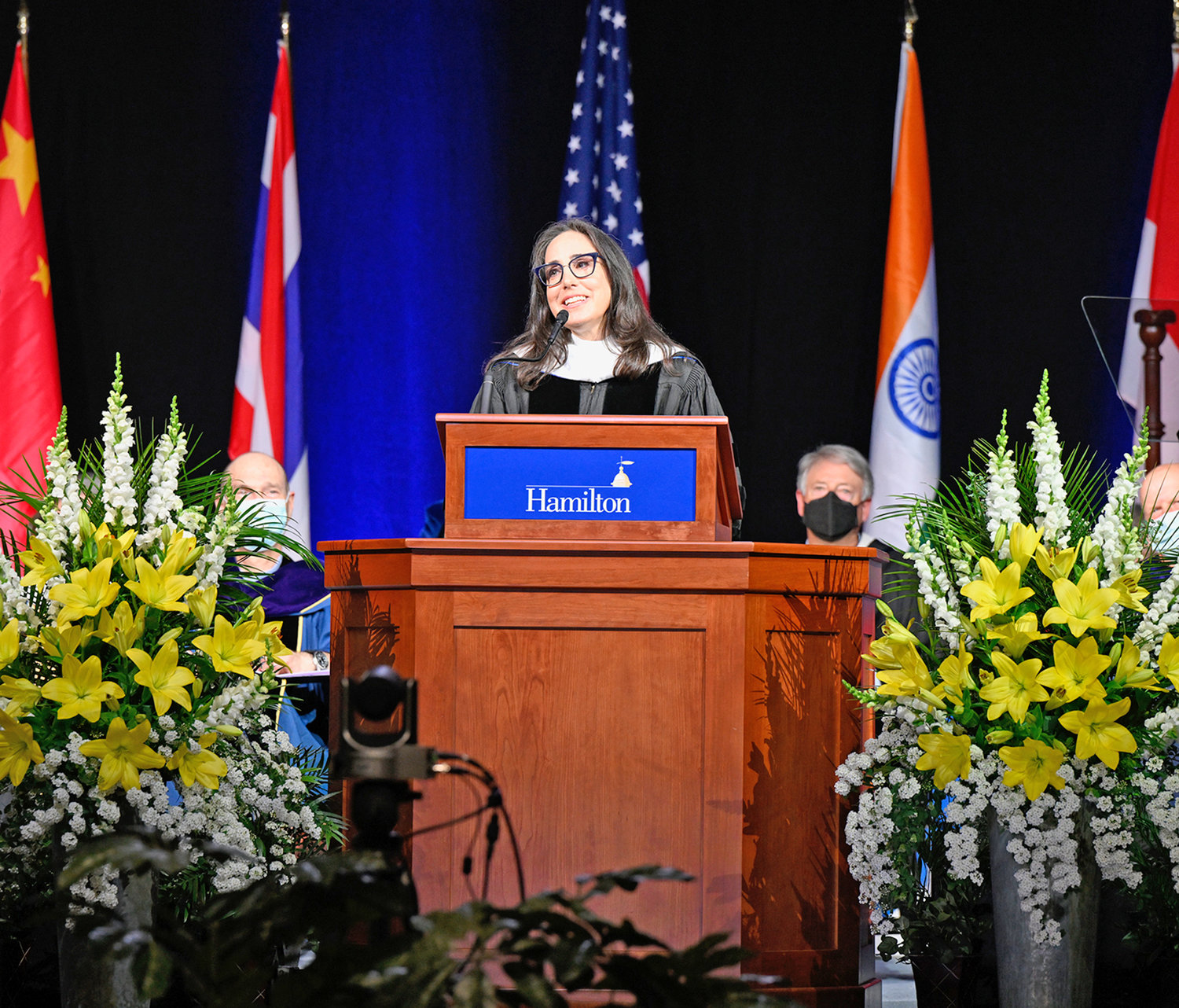 CLINTON — Hamilton College held its spring commencement exercise for the Class of 2022 during a ceremony on Sunday at the Margaret Bundy Scott Field House on campus.

The college awarded 494 bachelor of arts degrees to the members of the graduating class. The commencement speaker was Gillian Zucker, a 1990 graduate of Hamilton College and the president of business operations for the Los Angeles Clippers of the National Basketball League.

Honorary degrees were conferred upon Zucker as well as Elaine Weiss, a 1973 graduate of Kirkland College and author of The Woman’s Hour: The Great Fight to Win the Vote, and Gail Mellow, former LaGuardia Community College president.

Graduates in the Class of 2022 came from across the United States as well as from the nations of Bhutan, Canada, China, Ecuador, Greece, Hungary, India, Indonesia, Italy, Kenya, Singapore, Thailand, and Vietnam.