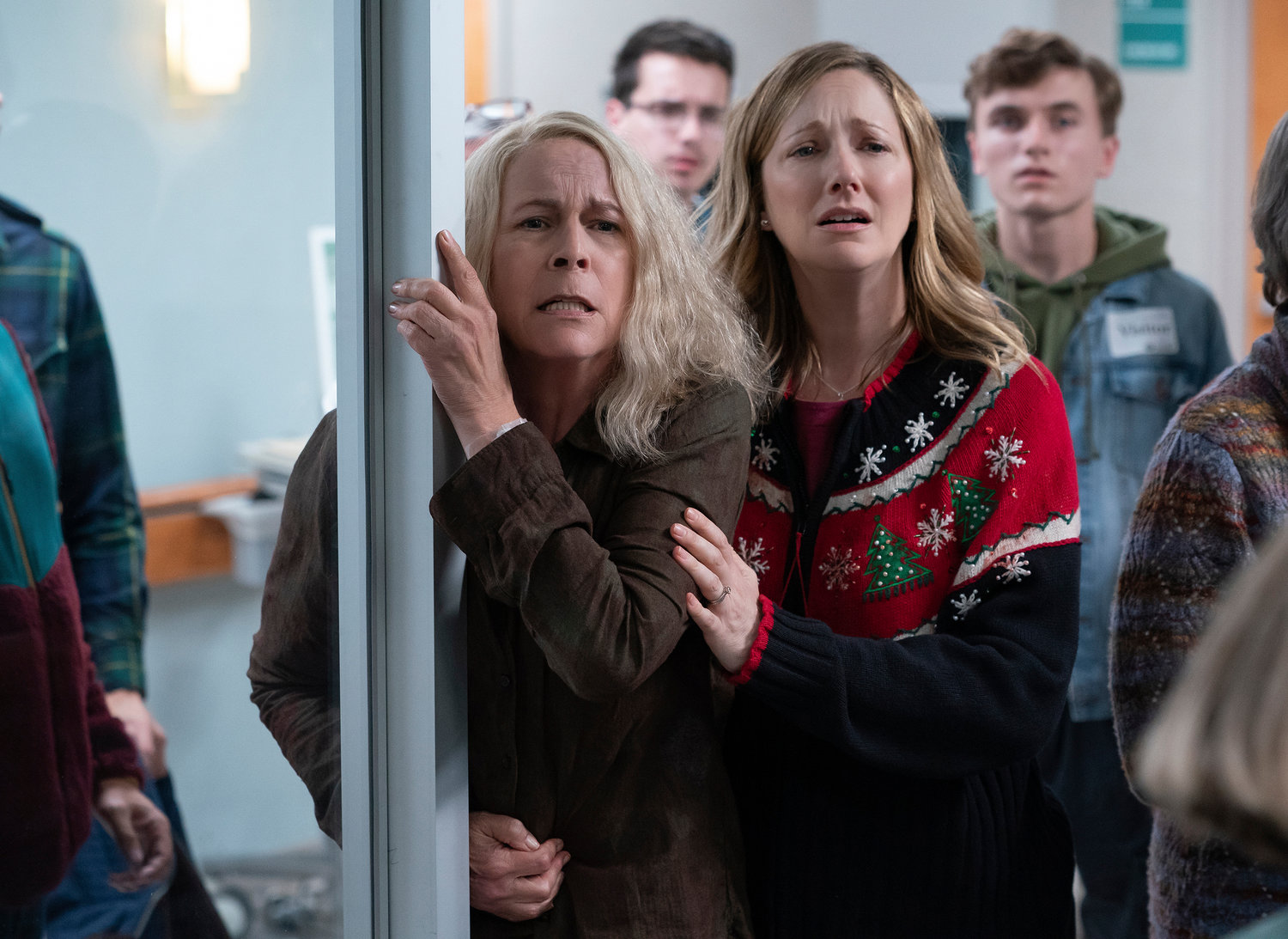 The only thing more relentless than horror villain Michael Meyers is Hollywood’s unceasing ability to keep churning out franchise revivals over and over again. The “Halloween” reboot was successful in 2018, so why not a sequel?

Said sequel — the new “Halloween Kills” — provides a pretty good answer for why Hollywood shouldn’t have bothered. Stuck with being a middle child in what is now a whole trilogy of new “Halloween” films, “Kills” is an exercise in unnecessary excess. This is what happens when you need to pad out your franchise with filler material because the studio big wigs want more movies and more money.

All that being said, if you’re already a fan of slasher movies, gory onscreen deaths and the “Halloween” franchise in general, “Halloween Kills” will probably suffice as a worthwhile time at the theater.

“Halloween Kills” picks up immediately after the events of the 2018 reboot. Infamous movie boogeyman Michael Meyers is still alive and he just goes right back to killing again. Some of the townspeople, including returning characters and actors from the original 1978 movie, try to form a posse to take down Michael Meyers, and that goes about as well as you can imagine.

A whole lot of nothing, at least in terms of narrative or character development. “Halloween Kills” is a movie where Michael Meyers just keeps killing people, one after another, with little rhyme or reason. “Kills” tries to throw in some themes about bewaring the dangers of a mob mentality, but those themes go nowhere and accomplish nothing.

Even the franchise’s other main character, played by Jamie Lee Curtis, spends this entire movie in the hospital recovering from the injuries she suffered in the last movie. She barely leaves her hospital bed.

But maybe gruesome movie deaths are your thing. Maybe you don’t care about the story or the characters. Maybe you just want to bask in the brutality of some really gory murders. If that’s the case, “Halloween Kills” has you covered. The body count is in the double digits this time, and the movie definitely comes up with some unique ways to kill people.

Just don’t go to the theater expecting a full, original story that adds depth and new layers to the “Halloween” franchise or the Michael Meyers character. “Halloween Kills” is just spinning its wheels until it gets to the next movie down the line.