Group of parents rails at school board over state mask mandate 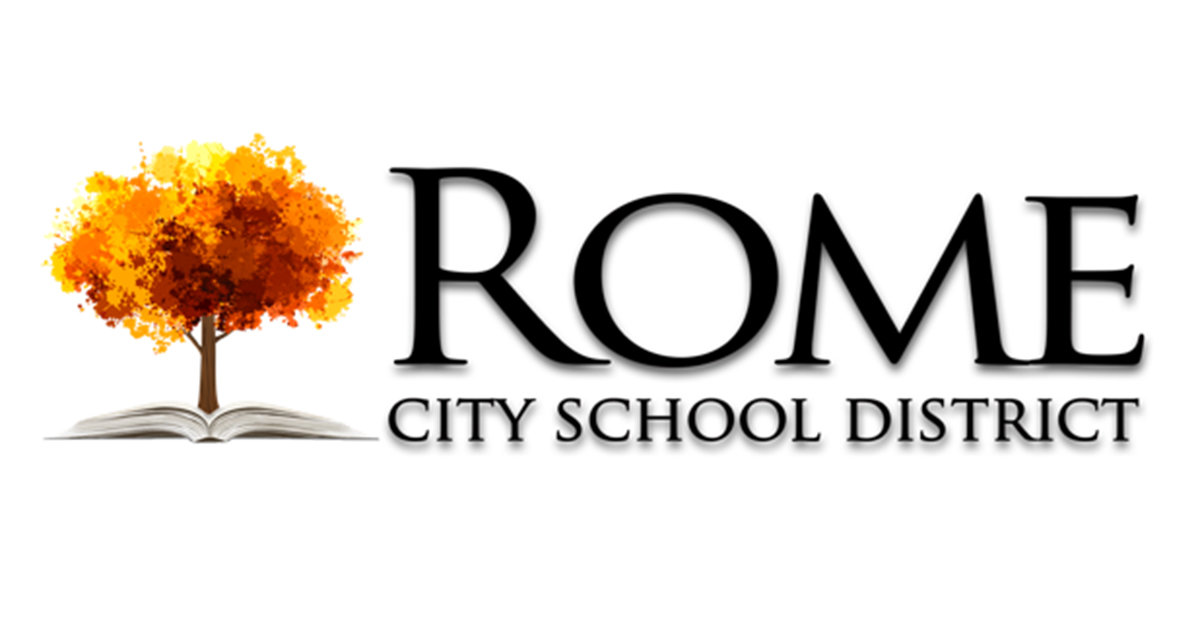 During Thursday’s Rome City School District’s Board of Education meeting, several parents opposed to the state’s requirement for all students in public and private schools to wear face masks in school and on buses as a result of rising cases of COVID-19 across the state rebuked the requirement and challenged board members and district administrators to defy it.

The new state mask mandate requires all persons entering school buildings in New York to wear masks for the duration of the time they are in that building. This includes students, faculty and staff. The state also is requiring all faculty and staff to be fully vaccinated or to submit to COVID testing once per week.

Schools are being asked to arrange classrooms and other situations to ensure that students observe social distancing of three feet. No distancing is required while eating or drinking.

The Rome City School District recently conducted a survey around school-reopening and COVID mitigation, called My Thought Exchange (my.thoughtexchange.com), in which the thoughts of members of the Rome community on masks requirements in schools were exchanged by over 1500 residents.

The results reflect a deep division that splits the Rome community almost perfectly in half.

Of the top 20 thoughts, 10 of them support “parent choice” or oppose masks in school altogether, including the
No. 1 thought, which narrowed to concerns about the impact of a mask mandate on students with hearing loss, where lip reading is a critical tool for communication and understanding. The other of the top 20 comments support the mask mandate for safety, support it secondarily to their strong belief that Rome students need to be back in school and not learning remotely, and concerns limited to students not being required to wear masks when participating in school activities outside.

This division was clear in the nature of public comments shared with the board, consisting entirely of parents who were not happy with the mandate and who believe it should be their choice.

The Board President John Nash always recites a disclaimer before the public comment portion of the meeting to highlight guidelines put in place by the Board of Education to ensure a respectful and thoughtful sharing of perspectives. It limits each speaker to five minutes, prohibits any comments that could be characterized as personal or disrespectful be made, and confirms that – unless otherwise specified – the public comments were limited to the person’s statement and should not be considered to be in a question and answer format. The president notes that, where a salient question is inherent in a comment, the Board will make their best effort to respond to the speaker at some point after the meeting to provide a response to same.

The first speaker, Renee, introduced herself as a “district mom” of students ranging from kindergarten through 11th-grade. She said she understood the reasons for a mask mandate, but her primary concerns were for her rising kindergartner and third-grader, including her feeling that it was important for them to see facial expressions and that her youngest – in Pre-K last school year – would take off a mask upon getting home that was “soaking wet.” She noted that, in addition to being uncomfortable, she did not believe that could be hygienic. She conceded that, while they, of course, did not like having to wear masks, her older children handled the requirement much better.

She said she did not know if there was any way to make the wearing of masks the parents’ choice, but it there were any way at all, that would be her preference. She concluded to say that, as much as she loves the Rome schools, if a mask mandate was enforced, she did not know if she could keep them there.

The next speaker, Michael, had also filled out his public comment card, was called and introduced, and also made his comments in compliance with the guidelines. He shared that his questions, at that point, had pretty much all been answered and his decision had pretty much been made — with the “forcing” of the masks and parents having no say – to homeschool his children this school year.

From that point, the structure and civility of the public comments portion almost immediately devolved when a man who had not been invited yet to speak shouted out, “I have a question!” He went on to demand to know, “when does this stop?” He stated that this (the COVID virus) is never going to go away and – to the room – asked, “what are we doing here?”

“It is “very frustrating situation we’re in, but our hands are tied,” responded Nash calmly, in an effort to acknowledge concerns, “We will do our best to represent the concerns of our parent population.”

A woman – also not called up by name to take a turn to speak – then proclaimed that there have been 600,000 adverse reactions and deaths from vaccines and demanded to know how the board could tell the district’s teachers that they have to take these vaccinations. She called the requirement insane – despite Blake having clarified that teachers and staff have the option of taking a weekly COVID test in lieu of being vaccinated – and asked who she needed to speak to because “this has to stop.” She went on to profess that she was “here to play” and did not want to “sit on the sidelines anymore.”

Blake responded directly to her to respond to her wish to know who to speak to, “the governor,” said Blake, “the state.”

Residents in the gallery continued to call out, making moot the guidelines that had been requested of them prior to the beginning of inviting public comments.

One man proclaimed that vaccines “do nothing we were told they would do” to stop people from getting or transmitting the virus” and criticized vaccines for issuing a “false sense of security.”

A woman then jumps in to share that she works in healthcare and will be “logging out” of her job because of the mandate now requiring healthcare workers to be vaccinated. She offered only that she does work in the field and is fine and has not been sick, and that vaccines are not FDA approved, despite the fact that the Pfizer vaccine is now well-reported to have full FDA approval.

Tanya Davis, the Board’s vice president, interjected to remind the escalating gathering again that the board does not have the authority to make the wearing of masks optional in Rome’s schools; they must comply with the state’s universal mask mandate or risk losing critical funding.

A man from the gallery then shared confusion about being informed of when the board meets – to which a member promptly confirmed the 2nd and 4th Thursday of each month and referred both to the district website, the recently released district calendar and the district’s Facebook page. He asked what they would plan to do about space when he brought 1000 residents to support his anti-mask stance to the next meeting, together with his attorney.

Blake calmly replied that they would relocate the meeting to a larger district venue.

Dr. Karen Fontana, the board clerk, appealed to the man to confirm that he understood that the board currently has no authority to lift the mask mandate.

Board members could barely hold their composure when the same man demanded, “I wanna hear yes or no (from the members): How many of YOU have kids in this district?”

One Member after another, where several have children who are pre-K to grade-12 students in the Rome district, became emotional in their responses, going into detail about their children, including special needs children, agreeing to wear masks because they understand it is to keep themselves and others safe and the best way to keep the schools open.

Another woman spoke out of turn to say that the wearing of masks doesn’t work for her children, then – while pointing to her cohorts in the gathering – or hers, or hers! “You’re telling us how to raise our children,” she confronted the Board.

When another woman wanted to know why remote learning was not an option this school year, Blake replied to again indicated that it – again – was the State of New York that discontinued optional remote learning, but offered that – if a student had a medical condition, learning disability or other circumstance that called for it, a 504 plan could requested and, if approved, could include a remote learning accommodation.

While there was no further adherence to the process or guidelines around the remaining public comments, members of the crowd demanded to know if the board was representing their concerns and demand that the issue be subject to “parent’s choice.”

Others began to demand the board members confirm that – if the state did not preventing it – if they would make the district mask-optional, Davis replied to remind the speaker that there were 6,000 students in the Rome district and all information available to the board reflected an almost even split among their parents on the issue of masks. She added the point was currently irrelevant as they did not have the authority.

Finally, a father – using an escalated and confrontational tone – demanded that Blake tell him what he was going to do when his kid came to school without a mask.

“It will be an uncomfortable situation,” Blake replied calmly. “He or she would be asked to put a mask on. If the student refuses. Phone calls would be made.”

“So, what’re you going to do,” demanded the father.

“You know what we’re going to do,” replied Blake, “it is a requirement from the state and our school principals have to enforce it.”

“So, you’re gonna suspend a second-grader,” the man pressed?

“If that’s what it comes to, after refusal to comply,” said Blake, “then that is what we would have to do.”

Another Man shouted, “how many more parents have to come here to voice our concerns for kids?”

Blake calmly replied, for at least the third time, “It is not here you have to come. It is Albany.”

It was at this point that a man in the gallery shouted at the Board and Blake, “You don’t want to do anything for our kids!”

Davis replied, “Just because we are not doing the exact thing you want does NOT mean that we do not care about your kids.”

“I see I offended you with that last comment,” the man came back, seeming to take satisfaction in having done so.

Nash, with no further reply or statement, simply moved on with resolutions on the board agenda, and the meeting proceeded.

Full, detailed guidance as issued by the State of New York regarding mitigation of the spread of Covid-19 in connection with the reopening of the state’s schools on September 7 can be found on the Oneida County website at www.oneidacountygov.net.