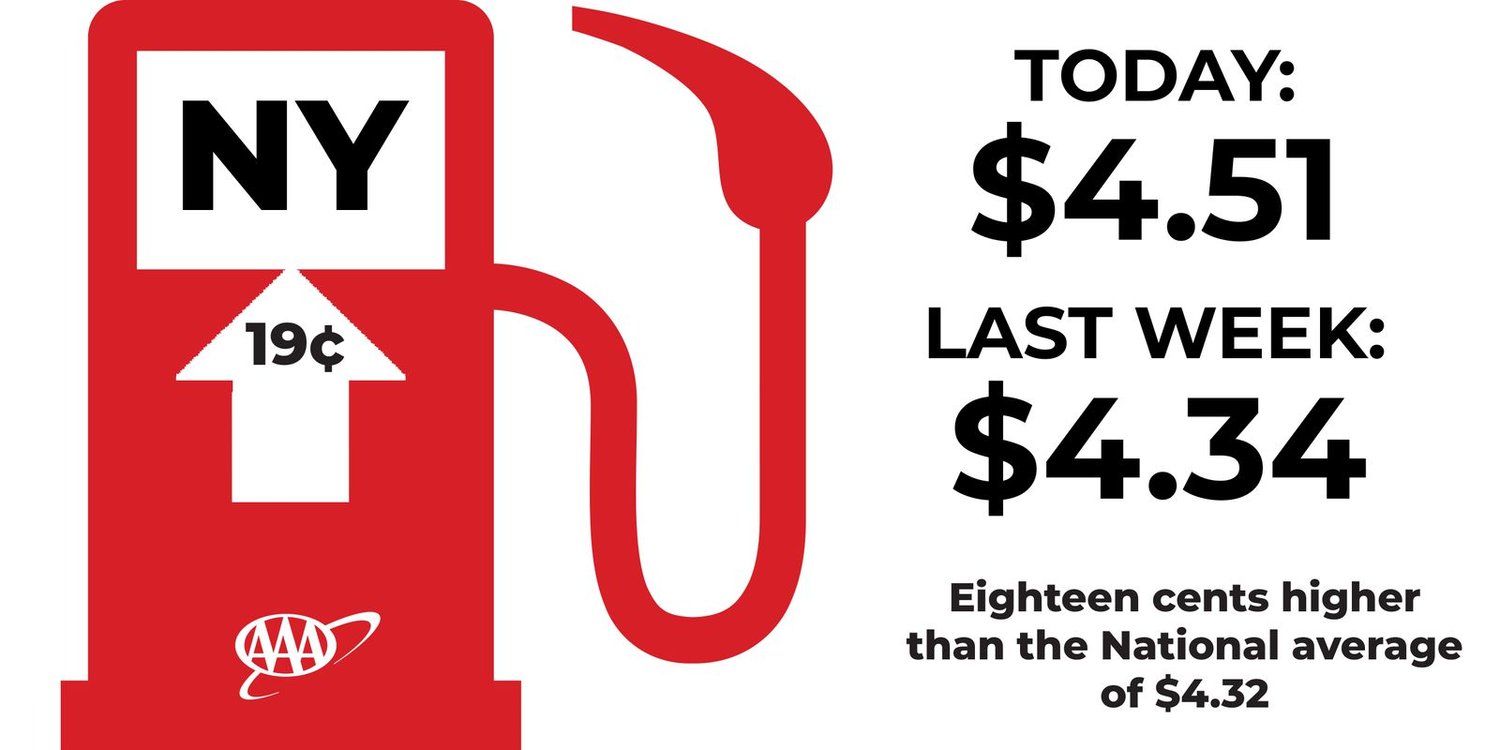 UTICA — New York’s average gas price is up 17 cents from last week — surging to an average price of $4.51 per gallon — according to an announcement by AAA on Monday.

Drivers are paying more at the pump—a lot more—as the cost of gasoline moves steadily higher, according to the AAA announcement.

In the past two weeks, the national average for a gallon of gasoline has risen 20 cents to $4.32, a penny less than the record high set on March 11. The increase is primarily due to the high cost of crude oil, which was hovering near $100 a barrel last week and is now closing in on $110.

“With the cost of oil accounting for more than half of the pump price, more expensive oil means more expensive gasoline,” said Patti Artessa, AAA Northeast regional director of public and government affairs.

AAA Northeast’s May 9 survey of fuel prices found the current national average to be 13 cents higher than last week, averaging $4.32 a gallon.

Monday’s national average price is 20 cents higher a month ago, and $1.36 higher than this day last year, according to the AAA report. Industry experts do not anticipate a quick drop in prices, particularly as the summer travel season arrives.