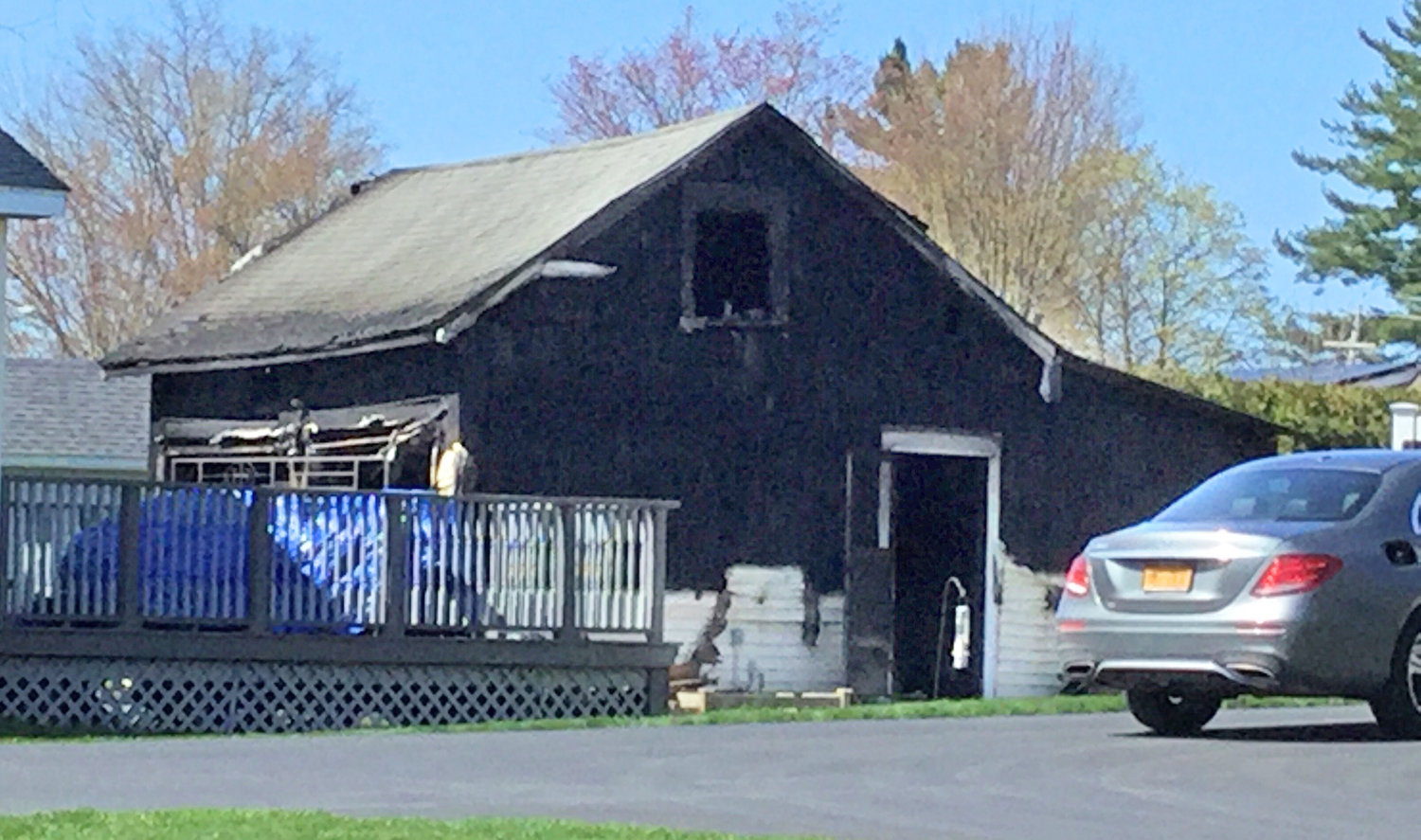 STRUCTURE FIRE — Fire destroyed this storage garage on Walnut Street in Rome Thursday afternoon, according to the Rome Fire Department. No people were injured in the fire. The cause of the fire remains under investigation, officials said.
(Sentinel photo by Sean I. Mills)
Posted Thursday, April 28, 2022 6:19 pm
Sean I. Mills
Staff writer
email / twitter

ROME — A storage garage on Walnut Street in Rome was destroyed by a fire early Thursday afternoon, according to the Rome Fire Department.

Deputy Fire Chief David Gratch said the fire started inside the unattached garage at 602 Walnut St. at about 12:30 p.m. Thursday. Responding fire crews found flames leaping out of the roof and eaves.

“It was going pretty good on arrival,” Gratch stated.

Firefighters used a hydrant right outside the residence, at the corner with Craig Street, to launch an exterior attack at first, the chief said.

“They got a bit from the outside, and then they kicked the door open and knocked down the rest from the doorway,” Gratch said. The flames only took several minutes before they were under control.

Gratch said several firefighters also worked to keep the heat and flames from spreading to other structures. He said two nearby homes, a shed and a fence did sustain some heat damage.

The garage was used for storage, the chief said, and an ATV, a lawnmower, a snowblower and some tools were destroyed in the fire. The garage itself is a total loss, the chief noted.

Gratch said the cause of the fire remains under investigation. No people were hurt.