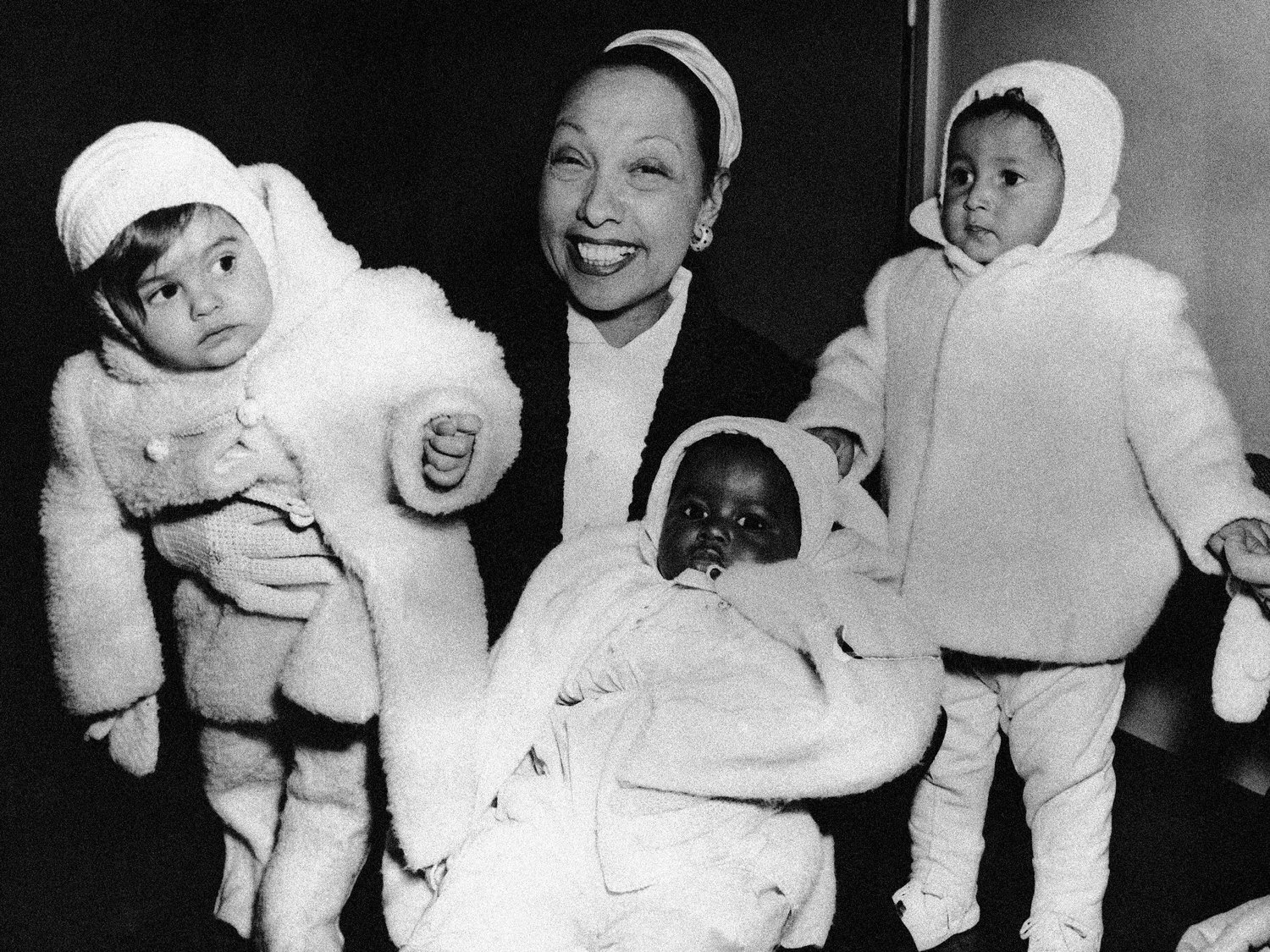 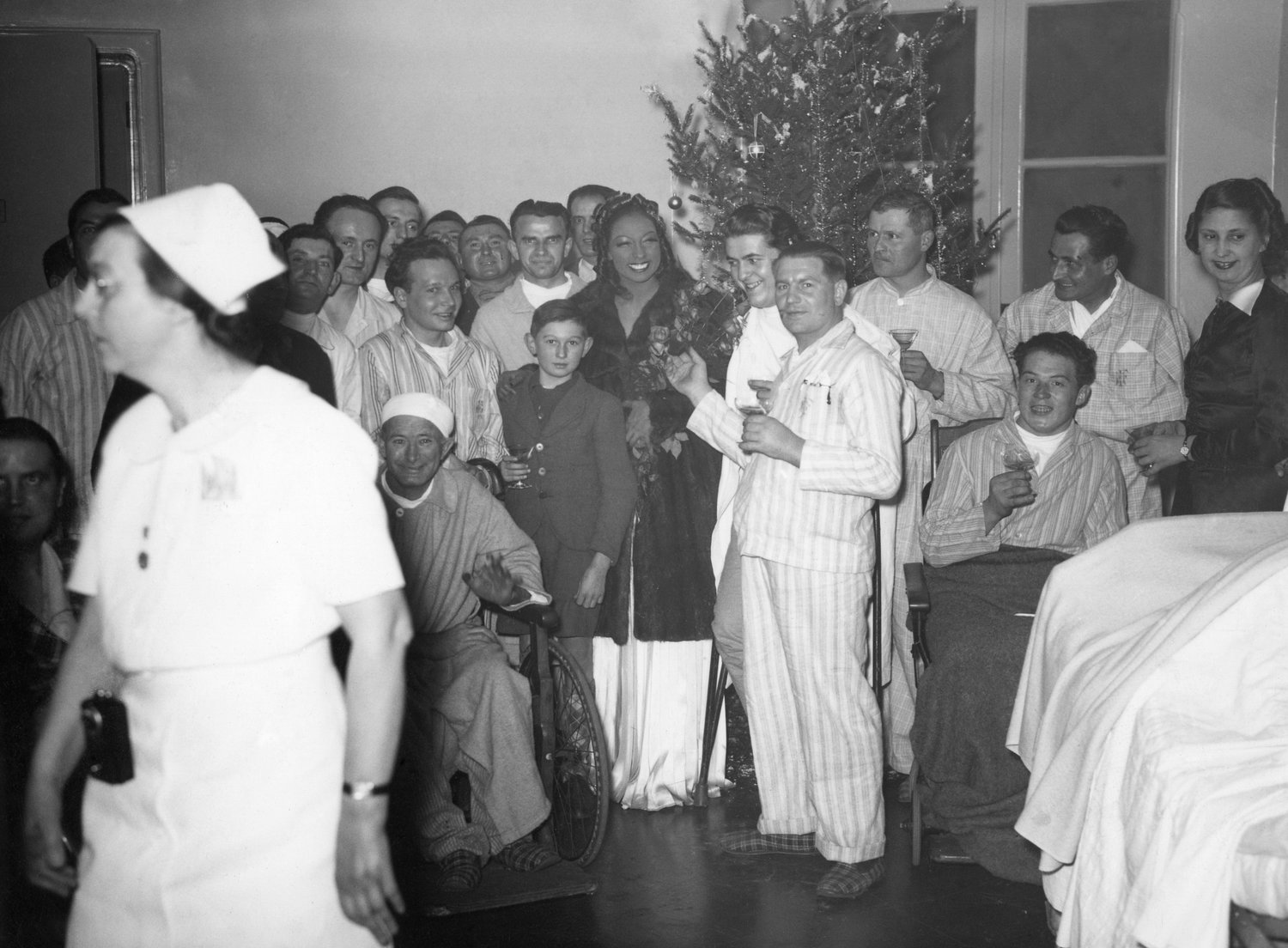 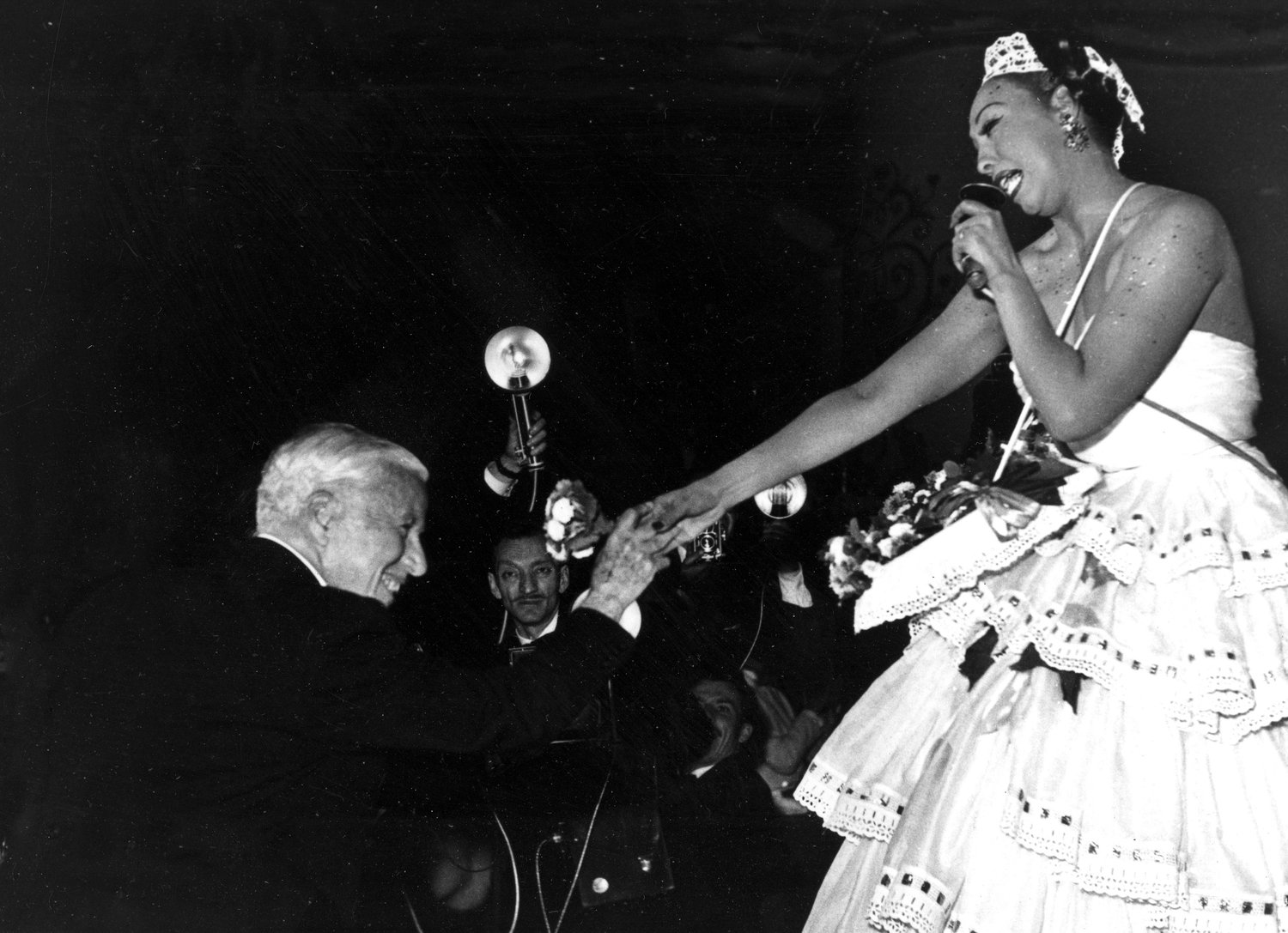 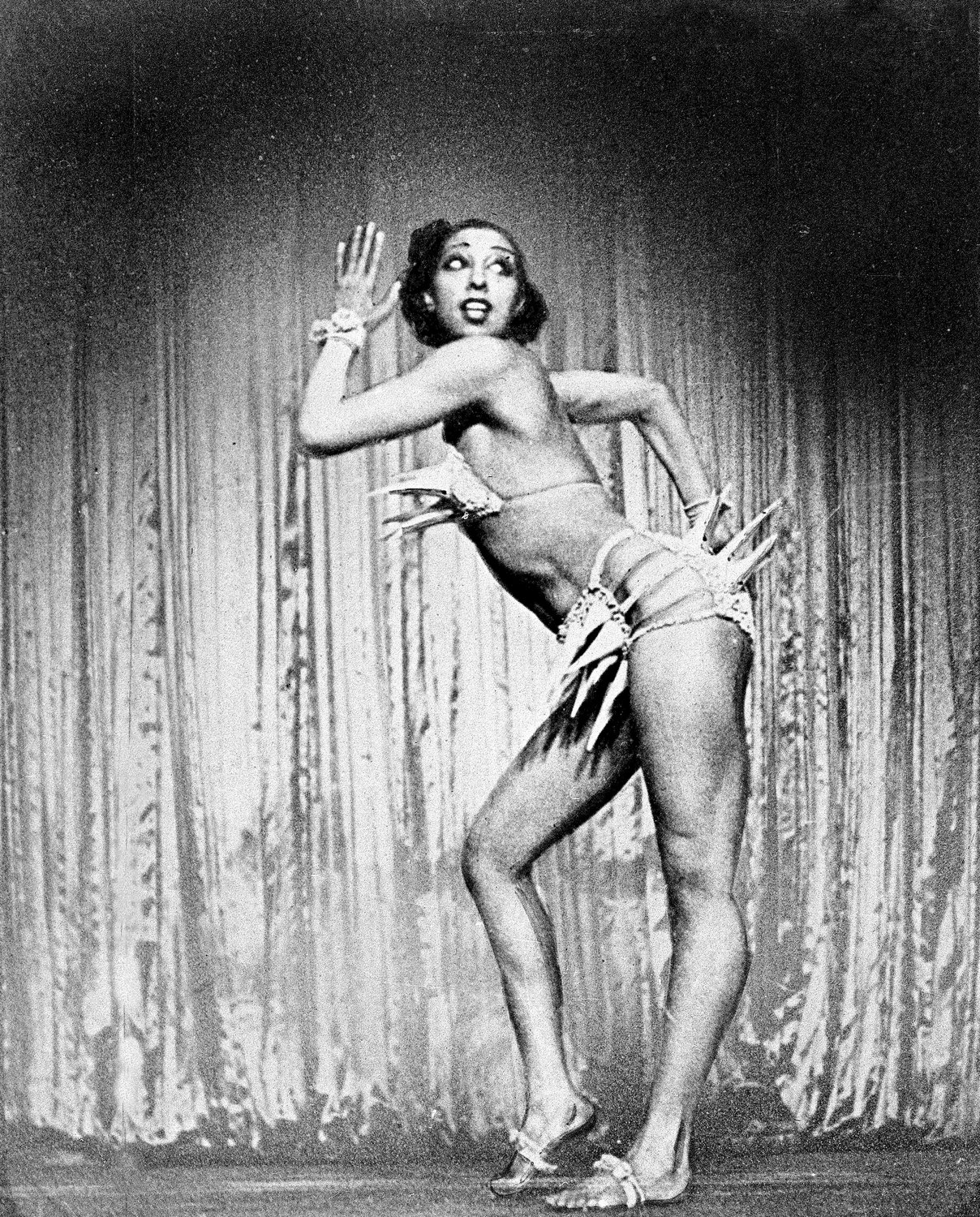 Baker’s military medals lay atop a cenotaph, which was draped in the French tricolor flag and contained soils from her birthplace in Missouri, from France, and from her final resting place in Monaco.

French President Emmanuel Macron paid tribute in a speech to “a war hero, fighter, dancer, singer, a Black woman defending Black people but first of all, a woman defending humankind. American and French. Josephine Baker fought so many battles with lightness, freedom, joy.”

She is not only praised for her artistic career but also for her role in the French Resistance during World War II, her actions as a civil rights activist and her humanist values, which she displayed through the adoption of her 12 children from all over the world. In 1944, Baker became second-lieutenant in a female group in the Air Force of the French Liberation Army of Gen. Charles De Gaulle.

Her signature song “J’ai deux amours” (“Two Loves”) was then played by an orchestra accompanying Baker’s voice on the Pantheon plaza.

During a light show displayed on the monument, Baker could be heard saying “I think I am a person who has been adopted by France. It especially developed my humanist values, and that’s the most important thing in my life.”

The homage included Martin Luther King’s famed “I have a dream” speech. Baker was the only woman to speak before him at the 1963 March on Washington.

Born in St. Louis, Missouri, Baker became a megastar in the 1930s, especially in France, where she moved in 1925 as she was seeking to flee racism and segregation in the United States.

“The simple fact to have a Black woman entering the pantheon is historic,” Black French scholar Pap Ndiaye, an expert on U.S. minority rights movements, told The Associated Press.

“When she arrived, she was first surprised like so many African Americans who settled in Paris at the same time ... at the absence of institutional racism. There was no segregation ... no lynching. (There was) the possibility to sit at a cafe and be served by a white waiter, the possibility to talk to white people, to (have a) romance with white people,” Ndiaye said.

“It does not mean that racism did not exist in France, but French racism has often been more subtle, not as brutal as the American forms of racism,” he added.

Baker was among several prominent Black Americans, especially artists and writers, who found refuge in France after the two World Wars, including famed writer and intellectual James Baldwin.

They were “aware of the French empire and the brutalities of French colonization, for sure. But they were also having a better life overall than the one they had left behind in the United States,” Ndiaye, who also directs France’s state-run immigration museum, told The Associated Press.

Her shows were controversial, Ndiaye stressed, because many anti-colonial activists believed she was “the propaganda for colonization, singing the song that the French wanted her to sing.”

Baker knew well about “the stereotypes that Black women had to face,” he said. “She also distanced herself from these stereotypes with her facial expressions ... a way for her to laugh in some ways at the people watching her.”

“But let’s not forget that when she arrived in France she was only 19, she was almost illiterate ... She had to build her political and racial consciousness,” he said.

Baker became a French citizen after her marriage to industrialist Jean Lion in 1937. The same year, she settled in southwestern France, in the castle of Castelnaud-la-Chapelle.

“Josephine Baker can be considered to be the first Black superstar. She’s like the Rihanna of the 1920s,” said Rosemary Phillips, a Barbados-born performer and co-owner of Baker’s park in southwestern France.

Phillips said one of the ladies who grew up in the castle and met with Baker said: “Can you imagine a Black woman in the 1930s in a chauffeur-driven car — a white chauffeur — who turns up and says, ‘I’d like to buy the 1,000 acres here?’”

In 1938, Baker joined what is today called LICRA, a prominent antiracist league and longtime advocate for her entry in the Pantheon.

The next year, she started to work for France’s counter-intelligence services against Nazis, notably collecting information from German officials who she met at parties. She then joined the French Resistance, using her artistic performances as a cover for spying activities during World War II.

In 1944, Baker became second-lieutenant in a female group in the Air Force of the French Liberation Army of Gen. Charles De Gaulle.

After the war, she got involved in anti-racist politics and civil rights struggle, both in France and in the United States.

Toward the end of her life, she ran into financial trouble, was evicted and lost her properties. She received support from Princess Grace of Monaco, the U.S.-born actress who offered Baker a place for her and her children to live.