It’s time to get on that apron and clean and sharpen those grilling accessories for the first Que on the Canal food and music festival to be held Friday and Saturday, Aug. 19 and 20. 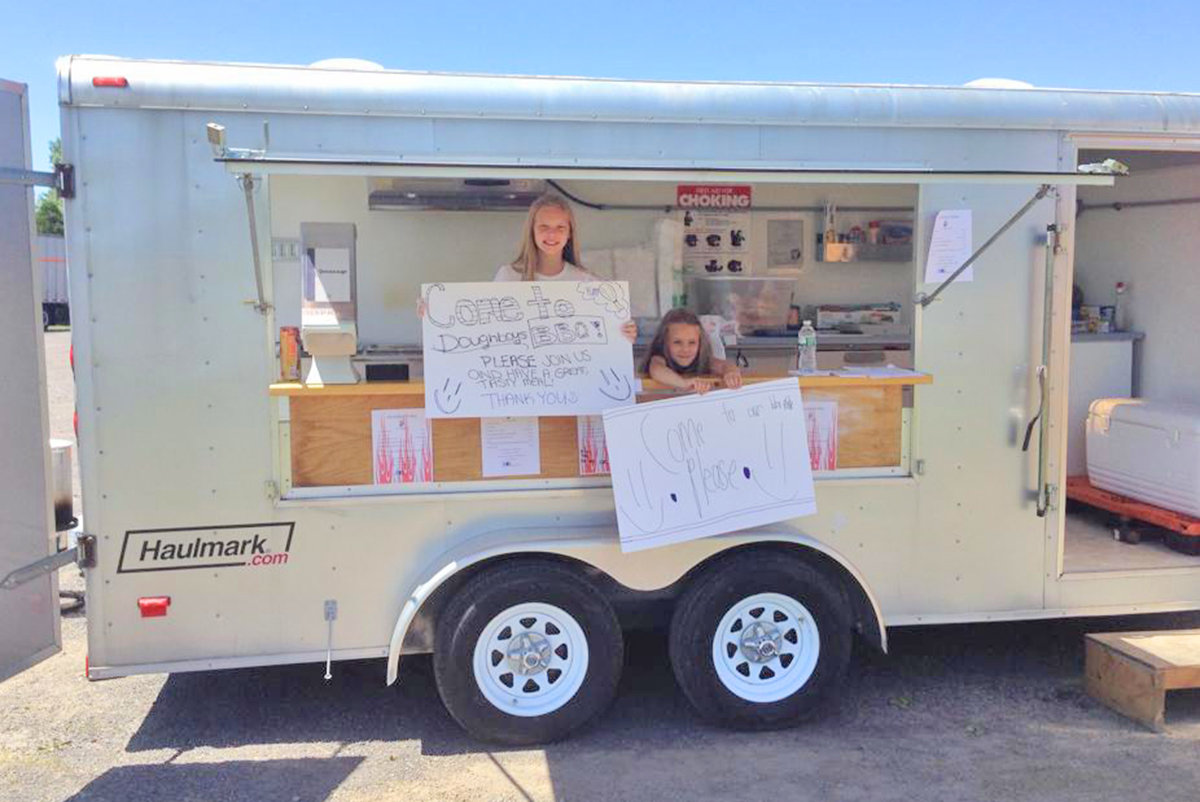 ROME — It’s time to get on that apron and clean and sharpen those grilling accessories for the first Que on the Canal food and music festival to be held Friday and Saturday, Aug. 19 and 20 at Bellamy Harbor Park.

Co-organized by Thomas J. Morreale Jr., co-owner of Doughboys BBQ food truck, the event is the first of its kind in Rome and will bring out some of the best barbecuers and grillers around, he said.

Besides featuring a competition and tastings from some of the region’s best barbecuers, Morreale said the event will also be a premiere competition for the “average” back yard grillers.

“We’ll have a Back Yard Griller section so the average person who wants to, can compete, and put their best apron forward,” he said.

Que on the Canal will feature “celebrity judges” to include Sen. Joseph A. Griffo, R-47, Rome and other local representatives.

At a cost of $10 per ticket, entrance includes the first drink and samples of pulled pork cooked up by all the participating vendors.

“You’ll get a card so you can vote for the best, and we’ll announce the winners on Saturday,” Morreale said. “There’s also a rib competition for the professional barbecuers on Saturday that the Back Yard barbecuers can also enter.”

As for some professional barbecuers, Que on the Canal will feature several restaurants and vendors from Utica and Syracuse, and even as far away as South Carolina — down where real Southern barbecue is made, Morreale said. Barbecue vendors include hometown Doughboys BBQ, Gullah Q Low Country BBQ of South Carolina and Limp Lizard BBQ.

Other food vendors will be featured, including Squeezers Lemonade, the Pizza Shack, as well as microbrew beers by Grow Brewing. There will also be opportunities to satisfy the shopping needs in between pork and rib tastings with a vendor fair featuring jewelry, tie-dye T-shirts and even Kellie, a psychic medium who will share her predictions.

Morreale said Que on the Canal organizers are still accepting vendor applications for those interested in participating in the event.

Back Yard competitors will start cooking Saturday morning to present their best barbecue dish and one side, with one off-set smoker available for contestants if needed. Judging will take place at 4 p.m. The winner of the Best in Show award will receive a new grill courtesy of Rome’s Ace Hardware. There will also be other cash prizes and trophies.

Back Yard Grillers can also still sign up to participate by going to the event website at www.queonthecanal.com. There is a $20 entry fee for Backyard Grillers, and participants must smoke/grill a chicken dish and a side.

Morreale said that his partner and his father had been involved in a similar event for about 20 years and were very interested in bringing something similar to Rome for local residents to experience. And that is how Que on the Canal came to be.

“We approached a couple people at City Hall, and they gave us Bellamy Harbor Park. The city is doing everything to make this a big success,” said Morreale. “Now we want people to put their money where their mouth is.”

Throughout the two-day event, Que on the Canal will feature several regional bands and entertainment. There will also be a Cornhole Tournament with cash prizes being awarded. Those who want to participate in the tournament should contact Wayne Winshell at 315-813-3878.

“We’re going to have some great bands coming to perform,” said Morreale, They include Uncle Charlie and the Meatballs from 5-6:30 p.m. and Les Brers The Best Allman Brothers Tribute Band from 7-9 p.m. Friday. Saturday’s lineup includes Avec Sentiments, and an appearance by The Blues Brothers, with Los Blancos capping off the event 7:15-9 p.m.

For more information and vendor applications, go to: www.queonthecanal.com