Rome Rotary Club, in partnership with Rome Historical Society, will hold its Independence Day Observance at 10 a.m. Monday, July 4, at the Tomb of the Unknown Soldiers of the American Revolution … 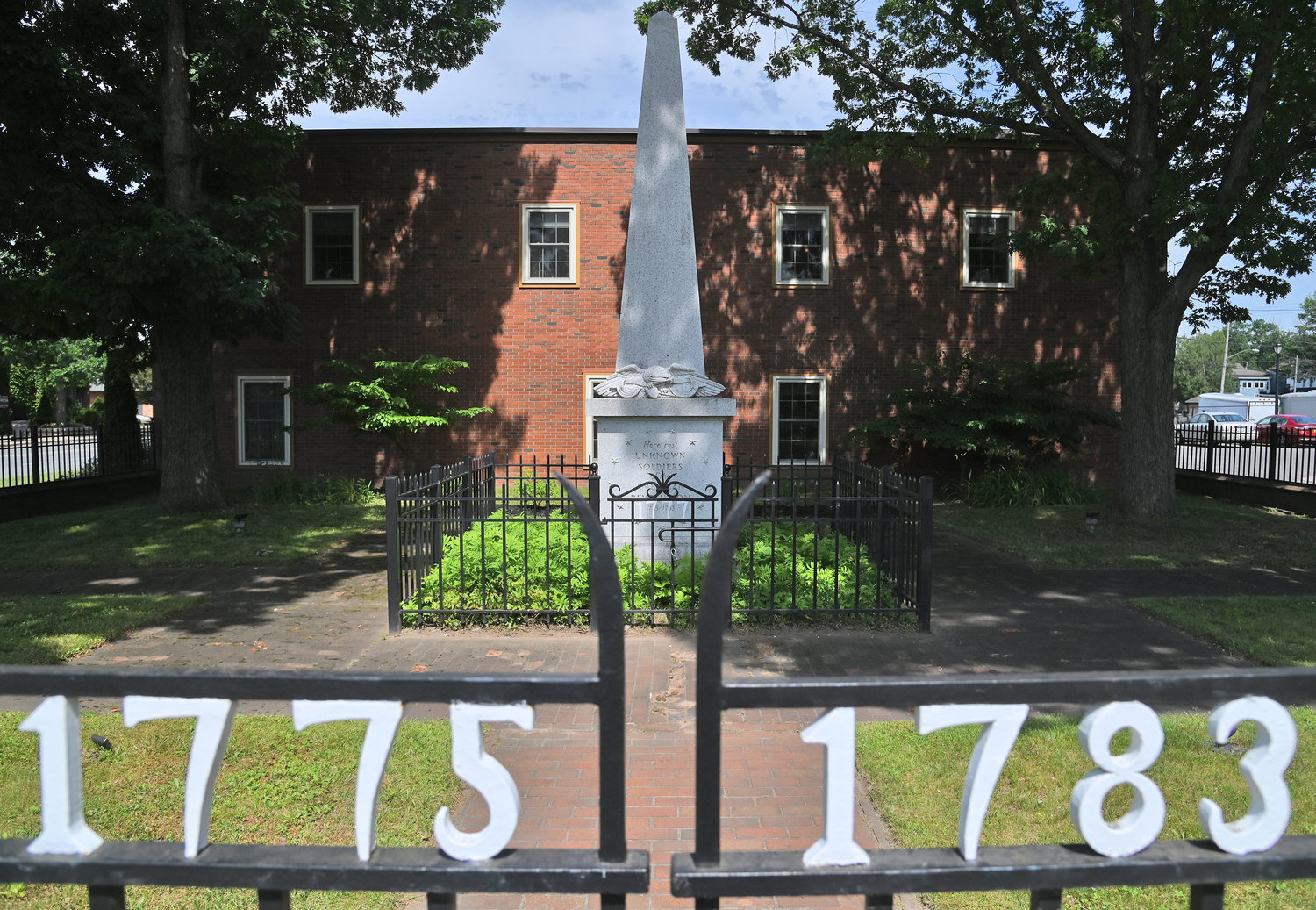 Tomb of the Unknown Soldier
(Sentinel photo by John Clifford) 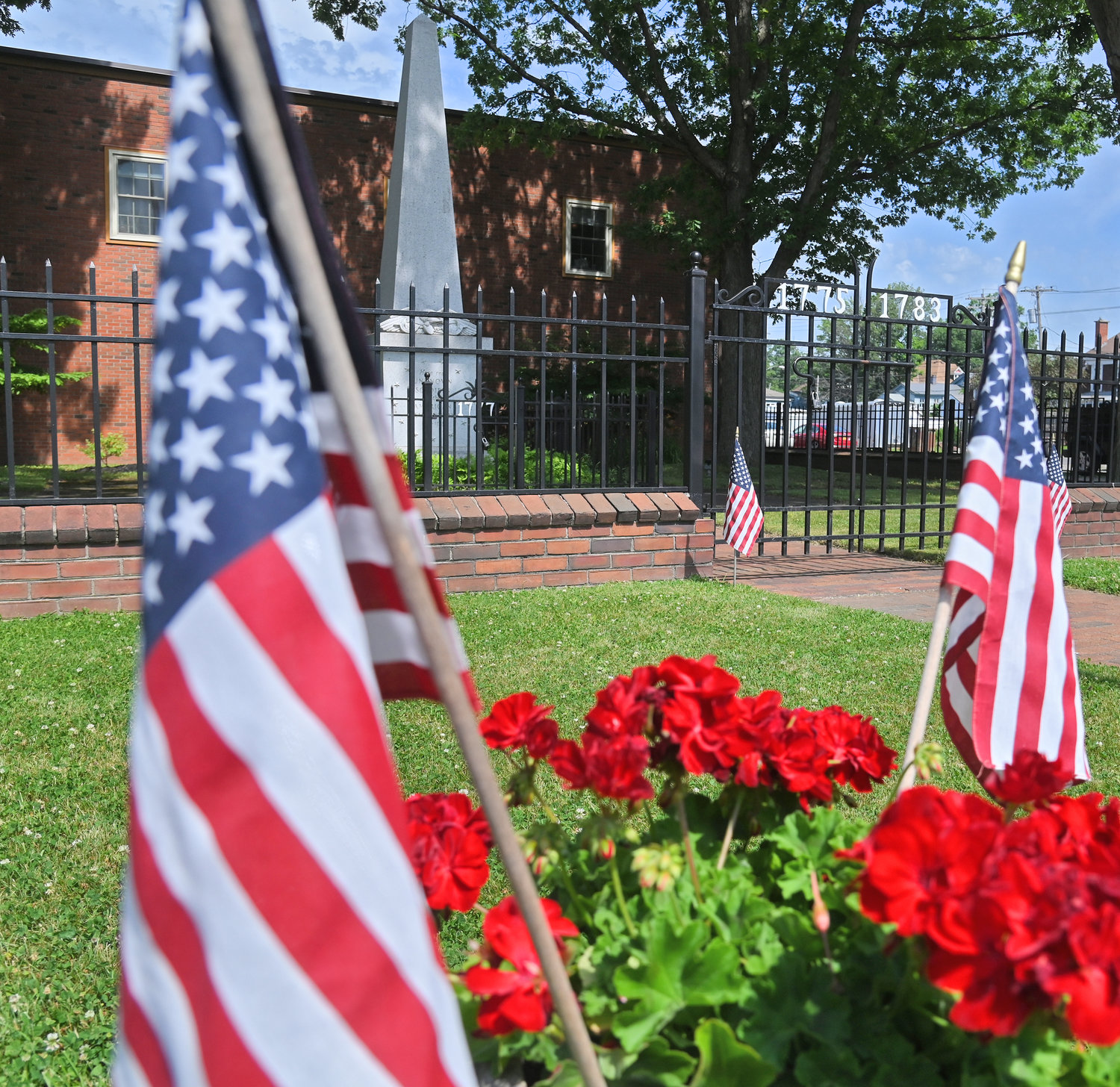 ROME — Rome Rotary Club, in partnership with Rome Historical Society, will hold its Independence Day Observance at 10 a.m. Monday, July 4, at the Tomb of the Unknown Soldiers of the American Revolution located on the corner of James and Liberty streets.

“Every year we partner with Rome Rotary to have this ceremony, as well as the Daughters of the American Revolution and Sons of the American Revolution, and others, and those organizations will lay their wreaths” at the tomb “in memory of the eight soldiers interred there,” said RHS Executive Director Arthur L. Simmons III. “The soldiers are actually buried in a Revere Copper casket, and the monument is made of 22,000 pounds of Vermont granite.”

Also on the tomb, the original 13 colonies are identified along with the nation’s first allies, the Oneida Indian Nation. Simmons explained that the ceremony has become an annual event followed by special events happening at Fort Stanwix National Monument.

“It’s a really special ceremony,” said Simmons. “It takes us back to the roots of our country and this community. The soldiers buried there were our defenders at the birth of this nation, and we recognize them and what they represent.”

Rome Rotary President Steven Mercurio said the service organization has had a long-standing involvement with the annual ceremony.

Rome Rotary members “have a love for the site personally, and what it represents,” Mercurio said, adding that it’s a time to recognize the community’s contributions to the nation’s history.

Also on Monday, Fort Stanwix National Monument will host a free event in honor of the nation’s birthday.

An interactive reading of the Declaration of Independence will take place at 2 p.m., followed by salutes to the new nation. Opportunities this year also include a “bring-your-own picnic” at noon, a “Join the Continental Army” program at  3 p.m., and chances to declare your loyalty to the King or Congress throughout the day.

Independence Day in 1780, for the 1st New York Regiment at Fort Stanwix, was one of great celebration, said Park Ranger Kelly Cardwell. The day was marked with cannon and musket salutes, cheers for America’s allies, and a day free from the monotonous labor of soldiers’ work.

“Independence Day was celebrated every year at the fort by the soldiers we honor today,”Cardwell said. “There’s something for everyone as we all celebrate the country’s 246th birthday.”

Fort Stanwix National Monument is open seven days a week from 9:30 a.m. to 4:30 p.m. Admission to the park is free. For more information about upcoming events, call the park at  315-338-7730. Visit the park’s web page at www.nps.gov/fost, or follow them on Facebook, YouTube, or Instagram, for additional information about the park and up-to-date news about park events.

Rome Rotary Club is a service organization with more than 40 community-minded members who follow their motto of “Service Above Self.” They encourage service in the community and workplace throughout the world. Rotarians provide leadership for community service projects that address many of today’s most critical issues.