A modest reminder of Remsen’s deep Welsh roots sits three miles from the village, near the intersection of Fairchild and Lake Julia Roads. The Enlli Church, a Welsh Calvinistic Methodist … 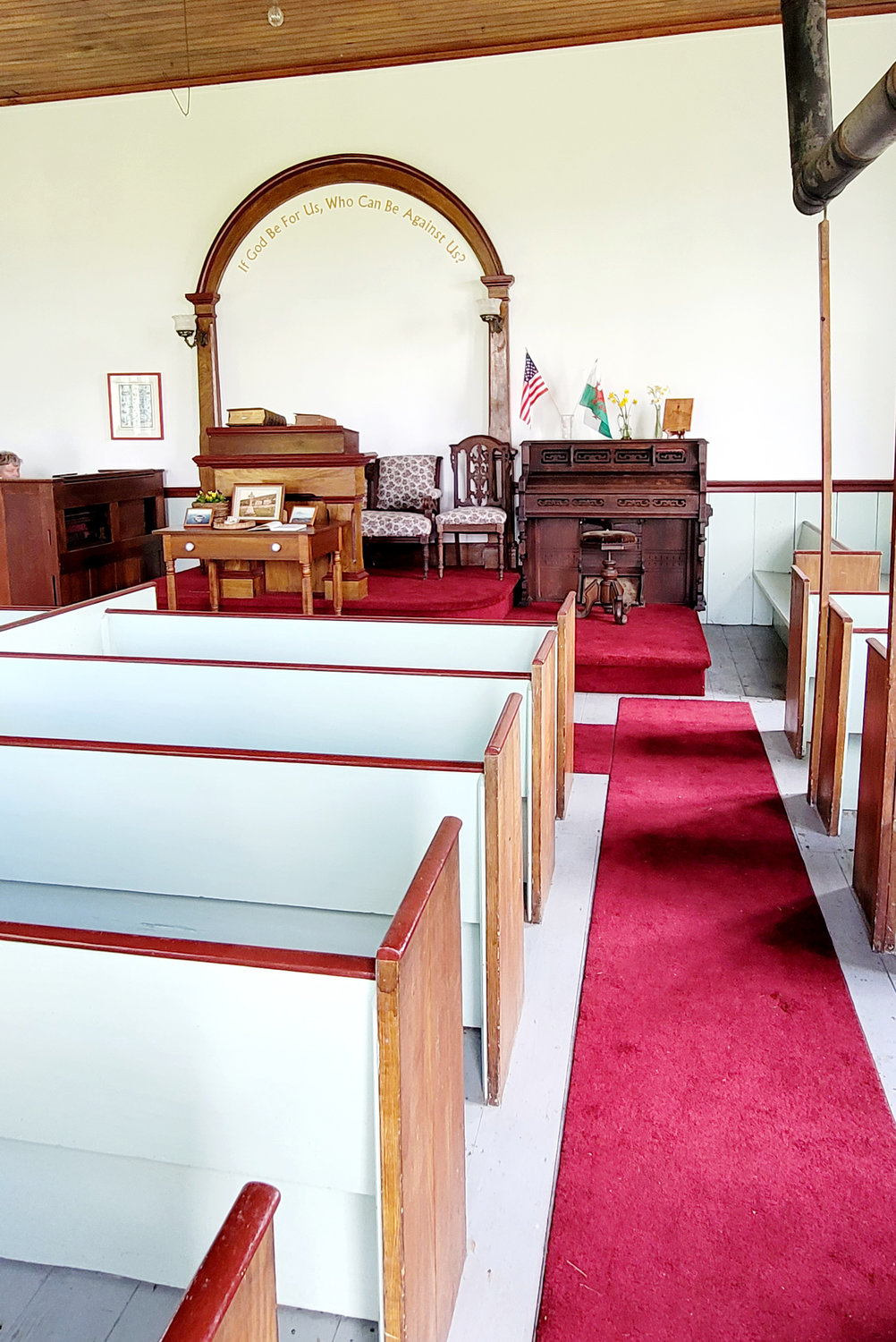 The interior of Enlli Church is shown in this recent photo. 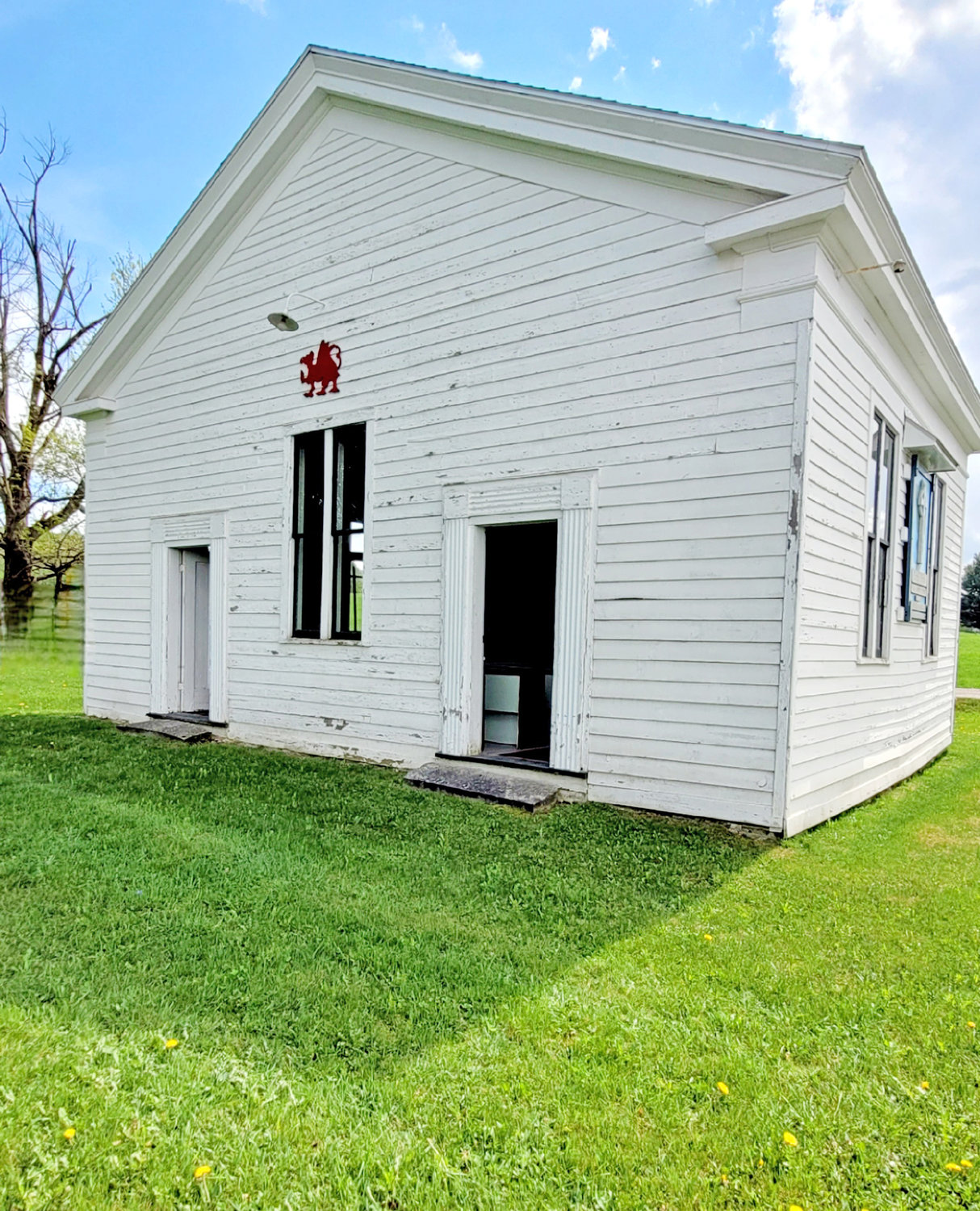 Enlli church as it stands today. 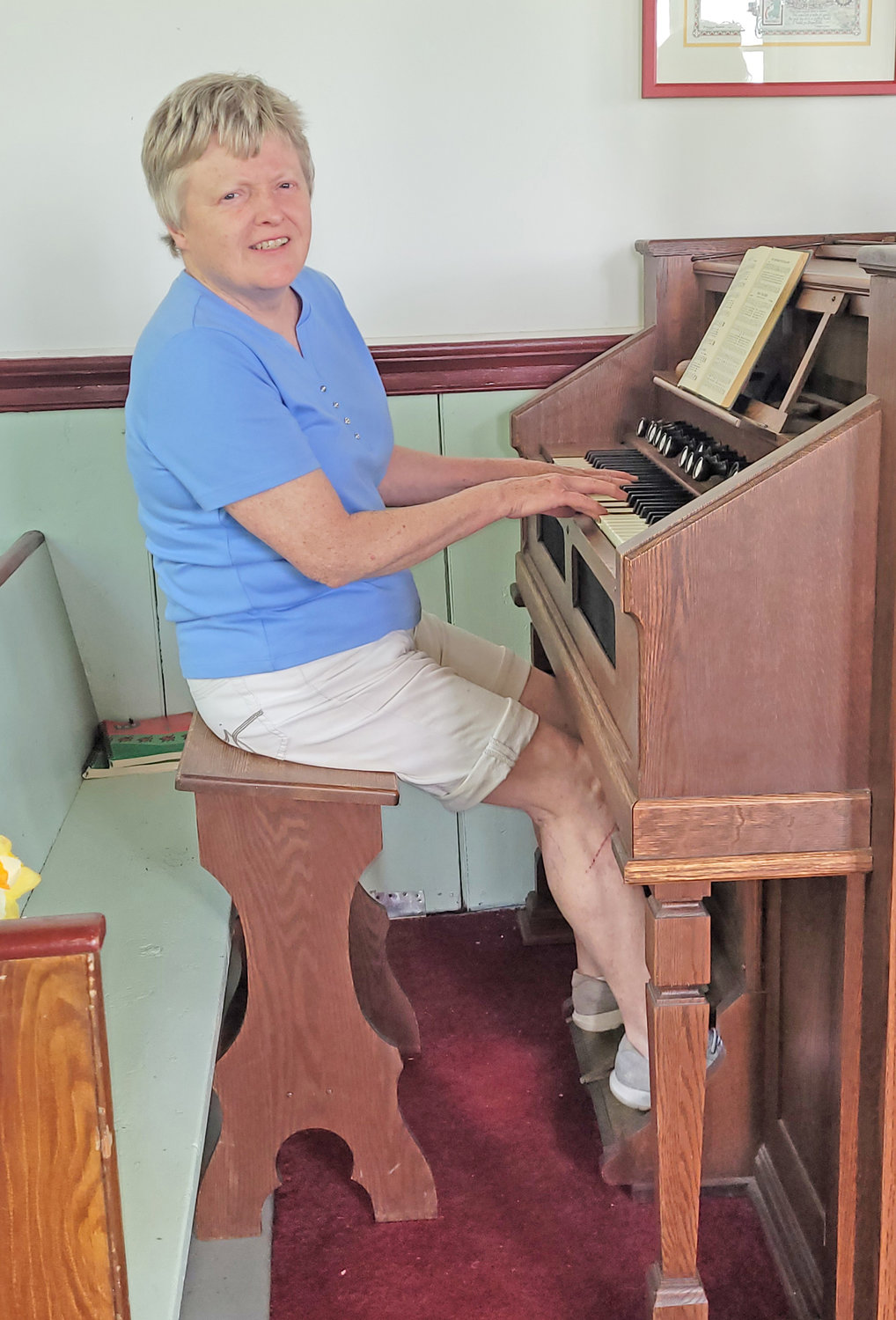 Shirley Jones Tolbert, whose lineage can be traced back to the early Welsh settlers and whose family attended Enlli for many years, played the organ at the open house. 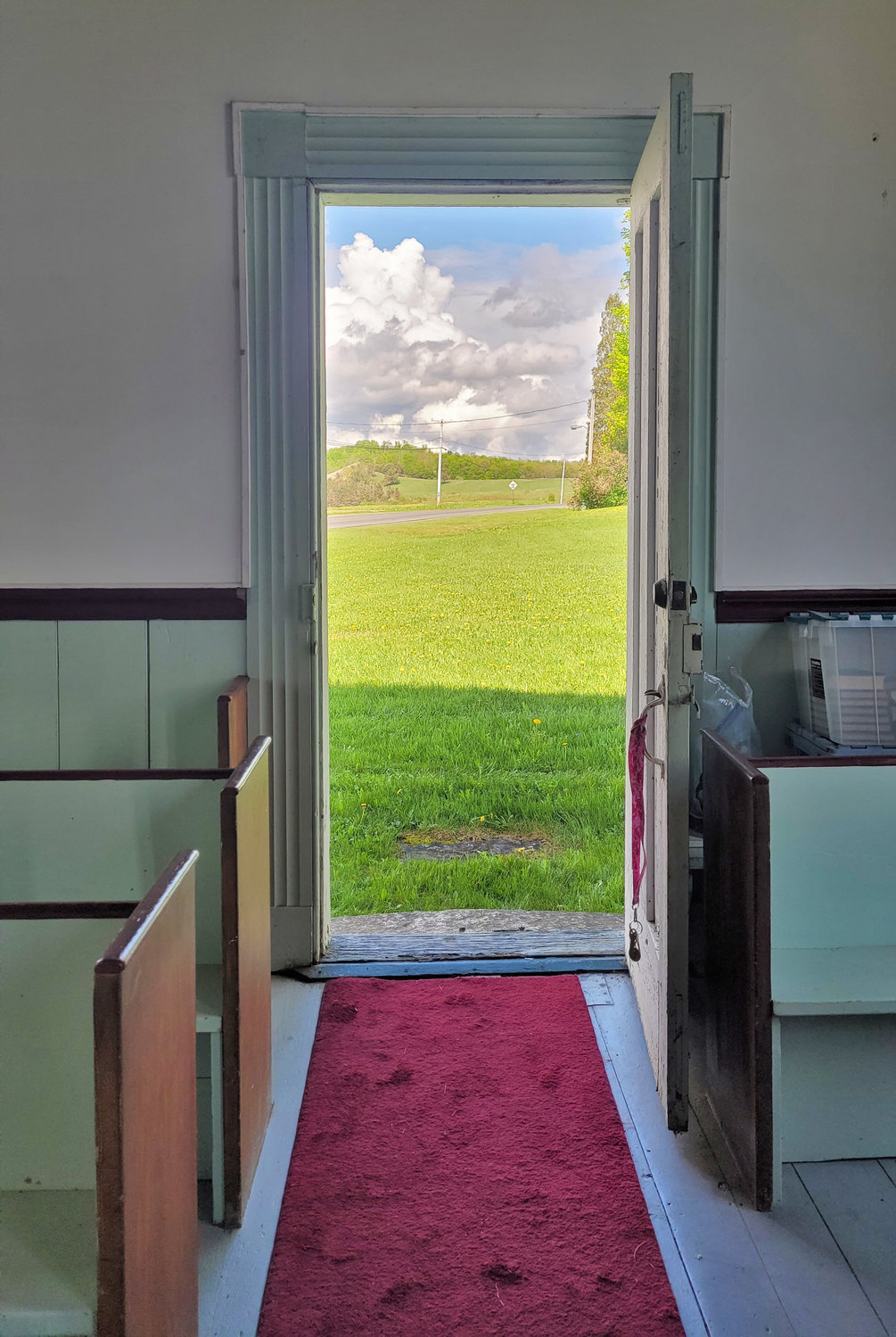 Looking toward 95 Hill from the inside of Enlli Church. 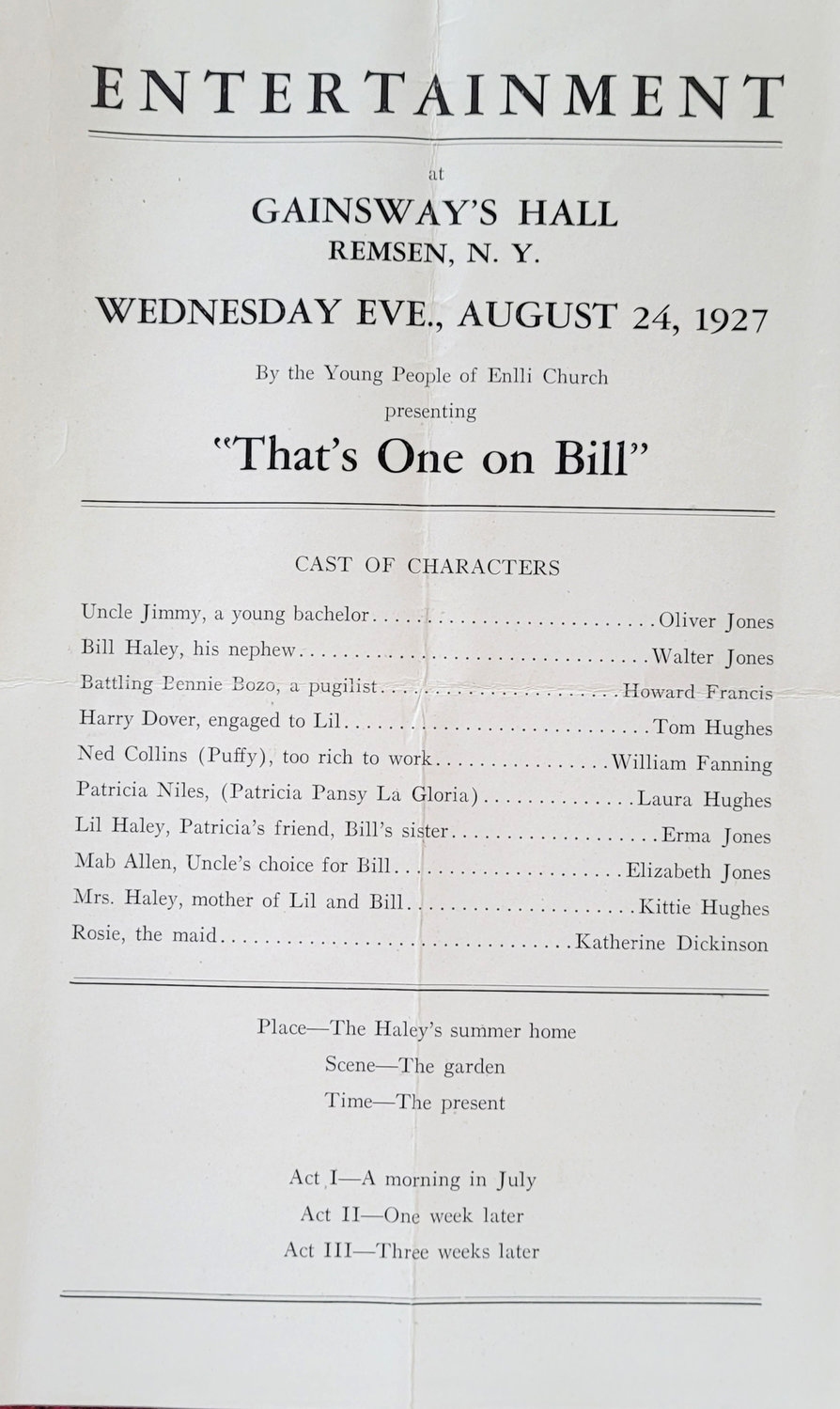 An advertisement for a night of entertainment presented by the church youth from 1927.
Megan Plete Postol
Staff writer
email

REMSEN — A modest reminder of Remsen’s deep Welsh roots sits three miles from the village, near the intersection of Fairchild and Lake Julia Roads.

The Enlli Church, a Welsh Calvinistic Methodist church, was built in 1848 by the sturdy hands of Welsh immigrants that came to live in the Remsen area.

It remained active until the mid-1960s. It is now owned and maintained by the Remsen-Steuben Historical Society and was recently open for visitors.

Enlli is named for Ynys Enlli (Bardsey Island), an island located off the coast of North Wales.

Many of Remsen’s early Welsh settlers, including some in the small cemetery across the road from the church, originated from this region in North Wales, according to the book “Memory Stones” by Jay G. Williams III.

The founder of Remsen’s Enlli Church was also from that region. John R. Jones and his family were that part of the township’s first settlers and that is why the church was named after his homeland.

The small white chapel has two entrance doors. Men entered on one side, and women entered on the other. They sat separately inside during the service until the 1940s.

There are two woodstoves inside the church, and the oldest members of the congregation were given the spots closet to the stoves to keep warm, although services were typically only held in the months the “cows were in the field,” approximately May through November.

The following excerpt from “The Welsh In Oneida County, New York”, sums up the history of this tiny country church that once thrived and now sits quietly:

“The Welsh children have been born and raised in it and they have brought it with them to this country where they have clung to it tenaciously. Around the church has been centered the main interest in the Welshman’s life. Poetry and music have been his recreation, theology his food and religion his life.“

Across the road from the church is the cemetery associated with it. The plot is well-maintained and contains seven tombstones.

The following tombstone inscription information is courtesy of internment.net, an online database of cemetery records:

-Davies, Jane, d. Sep. 23, 1865 age 42 yrs (stone broken and lying on the ground) appears to be duplicate of the following newer stone, although that name reads Davis not Davies), wife of Richard R. Davies;