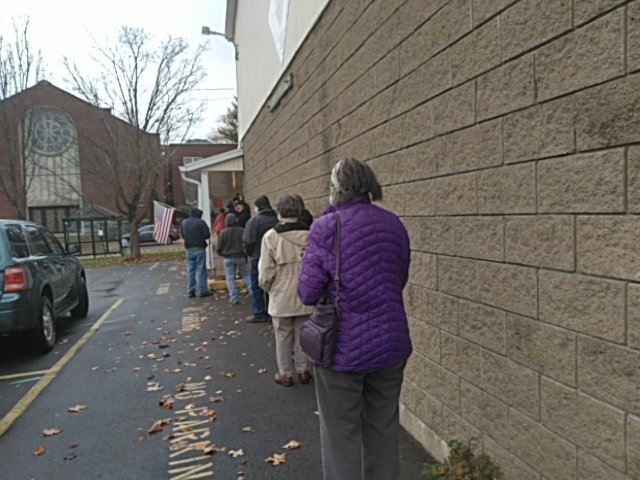 LINING UP TO VOTE — People wait in line outside of the South Rome Senior Center, 112 Ridge St., for early voting to begin on Saturday morning shortly before the poll opened. Early voting is held at three sites in Oneida County.
(Sentinel photo by Jolene Cleaver) 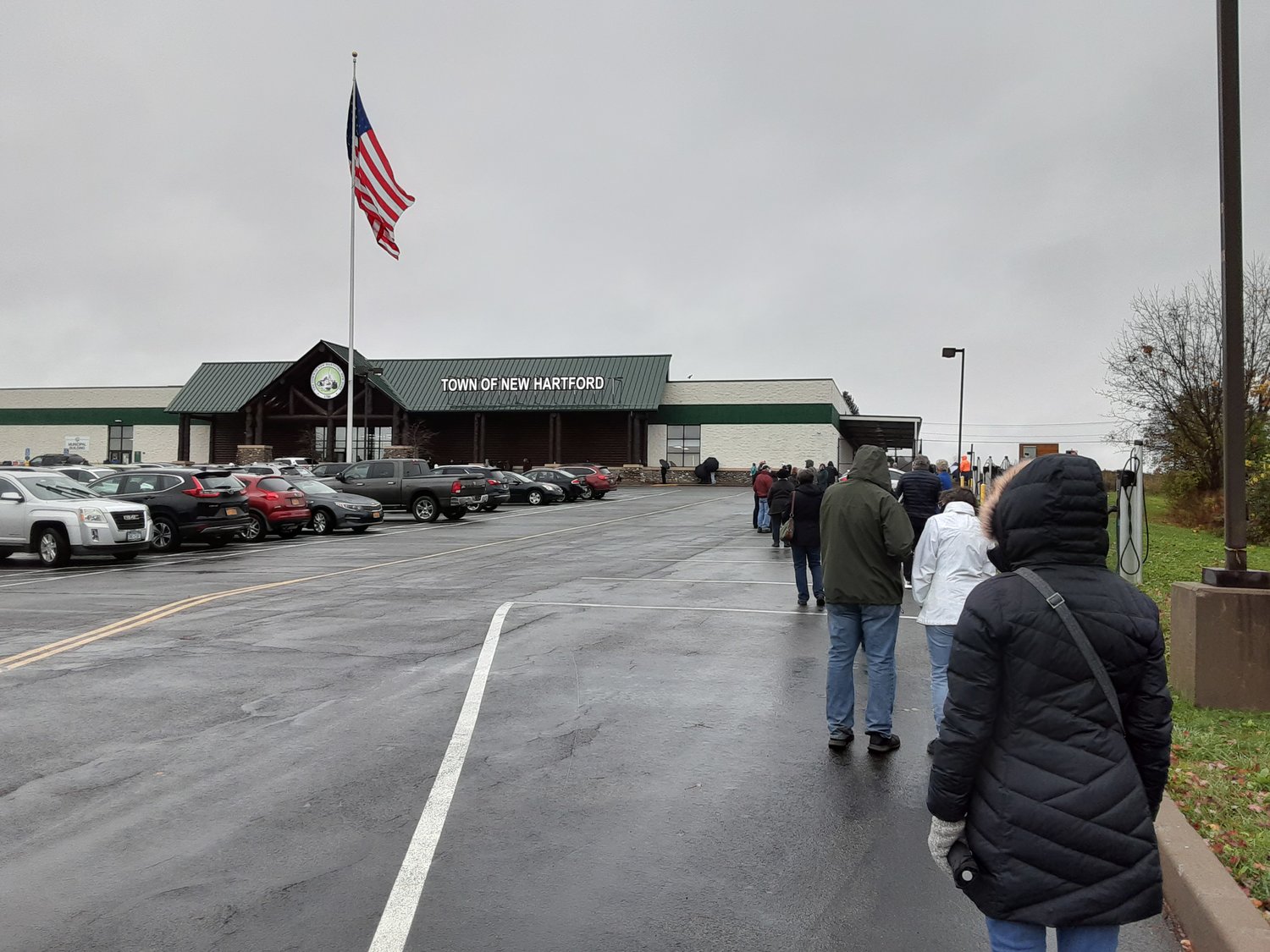 Through the first three days of early voting, more than 3.6% of registered voters in Oneida County have cast ballots.

The state Board of Elections did not break down the numbers by party registration.

The highest turnout on the weekend was about 5.2% of voters in Schenectady County, and the lowest 1.3% percent in St. Lawrence County.

Residents who want to cast their ballot during the early voting period will find a straight-forward process from the time they hop in line. Residents from across the county can use any of the early voting sites available to them in their county. In Oneida County, residents from Annsville to Western can choose any of the three sites (Rome, Utica or New Hartford) while there is one site in Wampsville for Madison County voters; one site in Lowville for Lewis County voters and one site in Herkimer for Herkimer County residents.

Poll workers use technology to help registered voters sign in — verifying addresses and signatures. Once they have signed in, registered voters receive a slip of paper that they hand to another poll worker. This slip contains the information necessary to print out a ballot specifically for the voter’s town, ward and district.

From there, voters fill out a ballot at one of the marking stations before getting back in line to feed the ballot into an electronic machine where it is read and the vote is officially cast.

The process is easy and reports over the weekend said that the lines moved at a steady pace. Lines were into the parking lot at midafternoon Monday in New Hartford, but at MVCC, lines were short and all inside the Jorgensen Center gym.

The early voting locations in Oneida County are:

All locations are accessible to voters with physical disabilities.

Drop boxes for absentee ballots will also be at each early-voting site.

Today, Tuesday, Oct. 27, is the U.S. Postal Service’s recommended deadline for voters to mail-in their absentee ballot in order to ensure it arrives on time.

More than 40 million Americans have already voted by mail this election, and the system is working and votes are being counted, the Postal Service said in an advisory. The USPS is working closely with state and local election officials to ensure the timely, secure delivery of all election mail.

According to the Postal Service, vote-by-mail has been used in some form in all 50 states for years. In fact, five states — Colorado, Hawaii, Oregon, Utah, and Washington — have voted entirely by mail, and more have joined them for the 2020 elections.

There are test processes in place to make sure vote-by-mail ballots are counted once and only for those legally allowed to vote. In fact, in the hundreds of years it has been used, there have been no cases of widespread voter fraud.

FBI Director Christopher Wray testified before the Senate Homeland Security Committee that there’s no evidence of widespread fraud. The Postal Service noted that soldiers have voted by mail as far back as the Civil War, and that President Donald Trump, Vice President Mike Pence, Attorney General Bill Barr, and several top White House and campaign aides all vote by mail.

There’s no evidence that vote-by-mail favors one party or another, according to the Postal Service. As states have expanded their use of mailed ballots over the last decade, both parties have enjoyed a small but equal increase in turnout.

In New York, it’s possible to change your mind if you voted by absentee. If you request or cast and return an absentee ballot, you may still go to the polls and vote in person, according to the state Board of Elections. The Election Law recognizes that plans change. The Board of Elections is required to check the poll book before canvassing any absentee ballot. If the voter comes to the poll site, on Election Day or during early voting and votes in person, the absentee ballot is set aside and not counted.

You cannot vote again if you vote in-person during early voting. That vote is cast on a machine and cannot be changed.

New York State requires your ballot to be both postmarked by Nov. 3, and received by the Board of Elections by Nov. 10. Voters who mail in their ballots on Election Day must be aware of the posted collection times on collection boxes and at the Postal Service’s retail facilities, and that ballots entered after the last posted collection time will not be postmarked until the following business day.