Both drivers were ticketed for speeding and reckless driving on Route 49 following a fiery crash that snarled traffic in the westbound lane Thursday afternoon ... 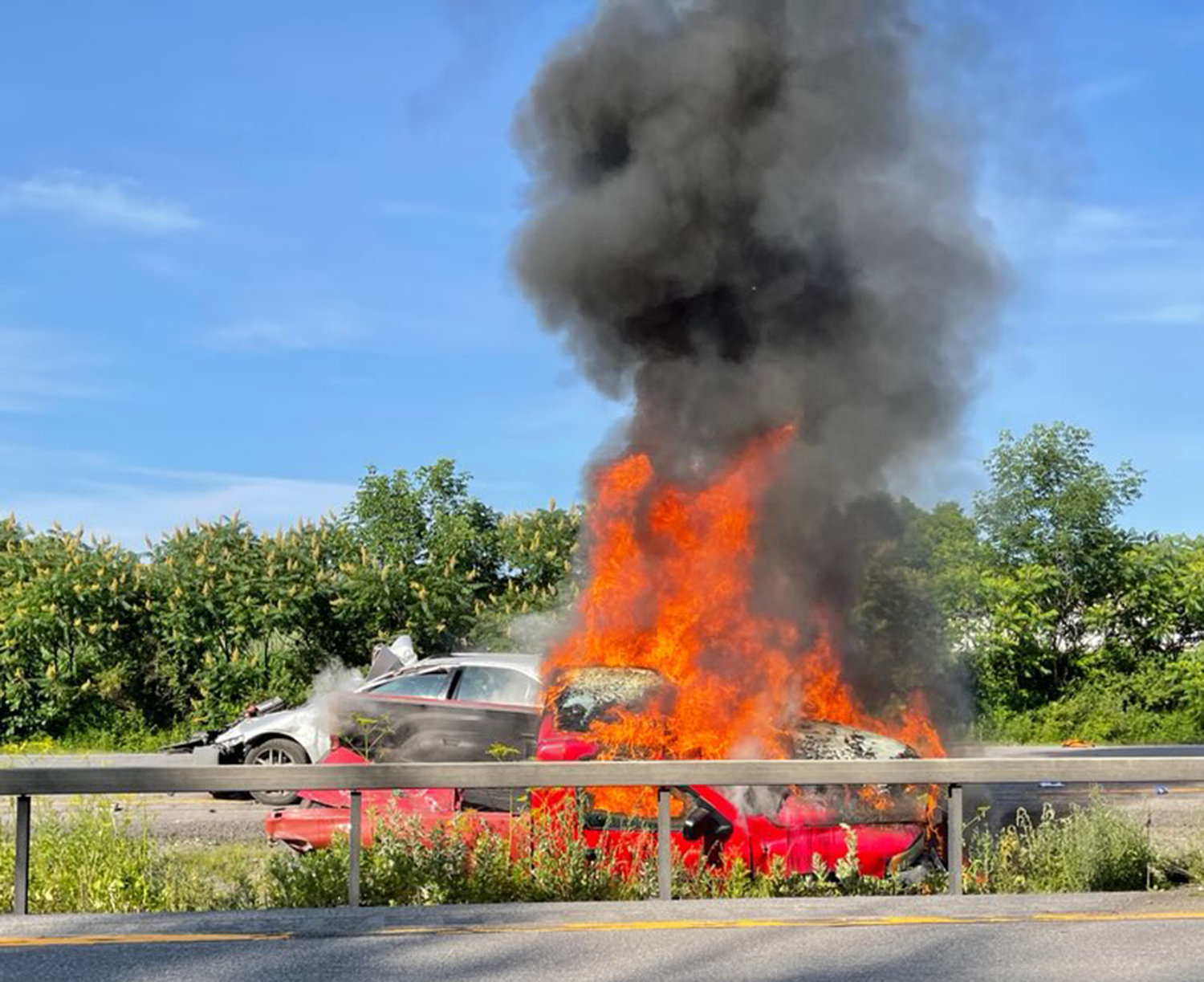 Flames rise following a two-vehicle accident Thursday afternoon in the west bound lane of Route 49 in Floyd. Both drivers were ticketed for speeding and reckless driving.
(Sentinel photo by Pam Sperbeck) 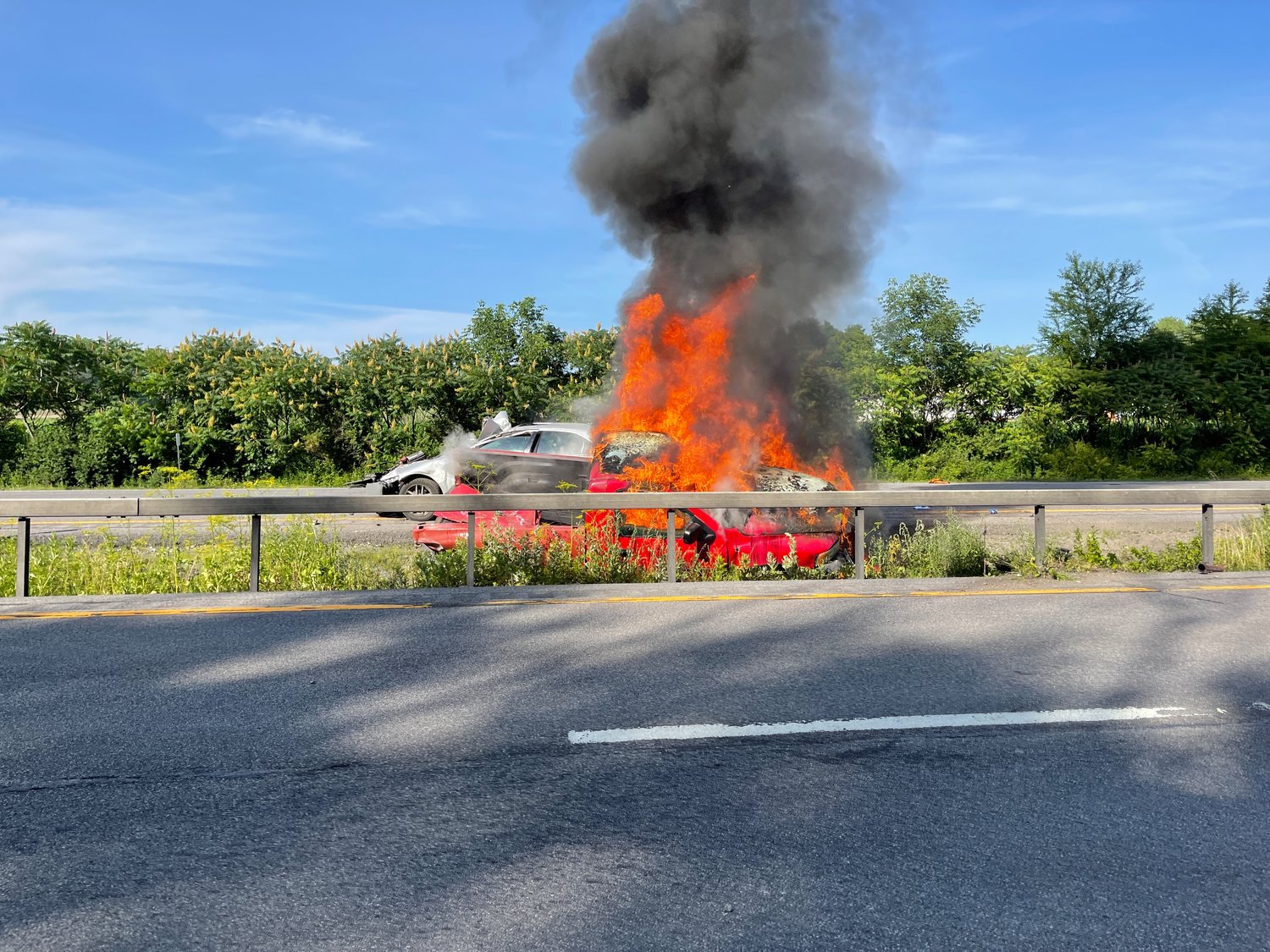 FLOYD — Both drivers were ticketed for speeding and reckless driving on Route 49 following a fiery crash that snarled traffic in the westbound lane Thursday afternoon, according to the Oneida County Sheriff’s Office.

Sheriff’s deputies said Jonathan Jackson Jr., 31, of Utica, was speeding in the passing lane on Route 49 at about 5:17 p.m. Thursday when Erin Archer, 27, of Taberg, passed him on the right. Deputies said Archer pulled his 2002 Dodge pickup truck into the passing lane ahead of Jackson and hit his brakes, causing Jackson’s 2010 Ford sedan to crash into the back of the pickup truck.

The crash caused Archer to lose control of his truck and it spun completely around, going off the south shoulder backwards and hitting the guide rail and several sign posts, deputies said. The pickup flipped end-over-end three times before coming to rest on its tires facing east, having struck Jackson’s car another time.

Both drivers, and Jackson’s passenger, 23-year-old Shannon Baker, of Rome, were able to escape their vehicles with help from a passerby, authorities said. The pickup truck then burst into flames, which spread to the car. The Floyd Fire Department responded to douse the blaze.