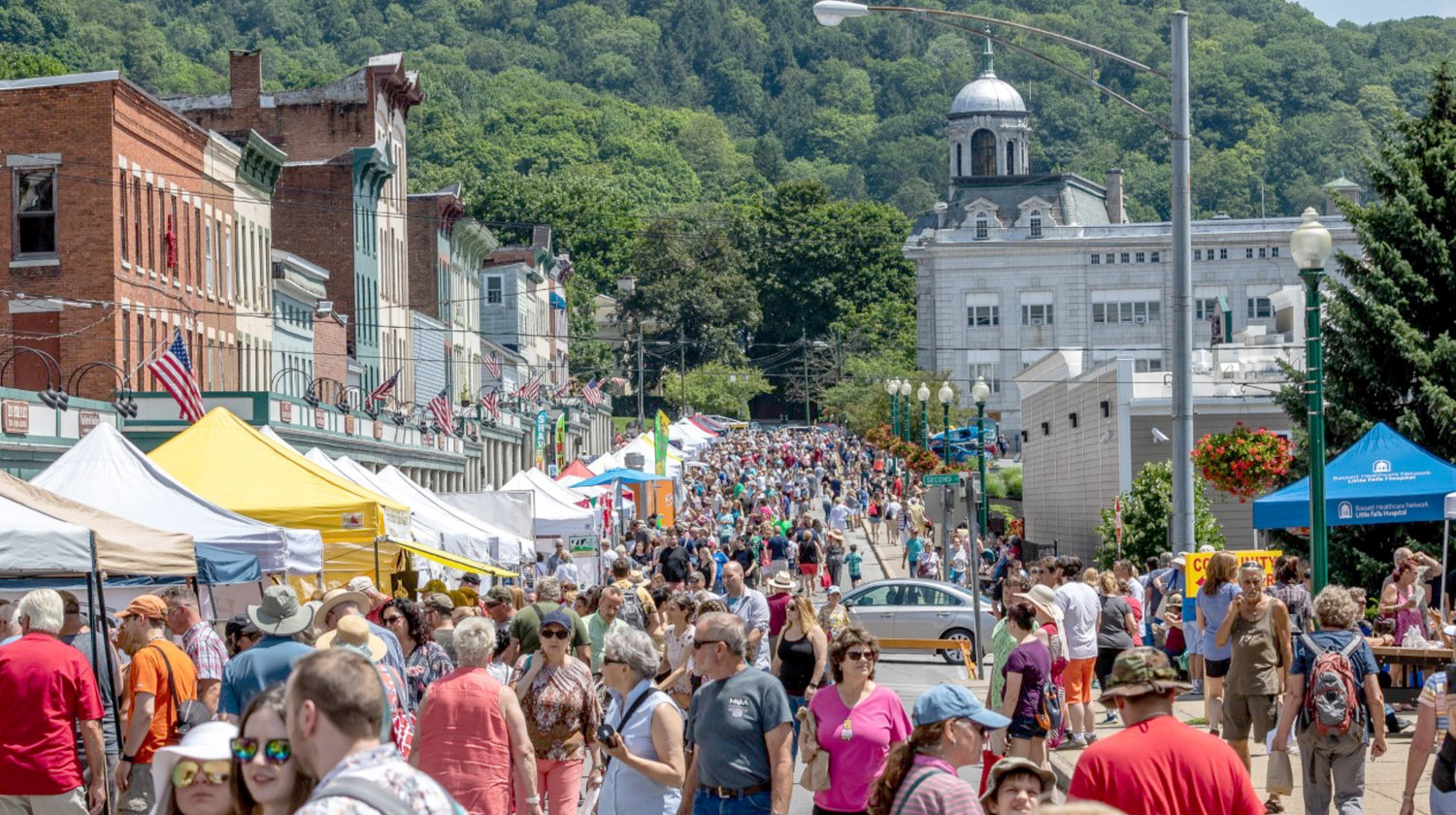 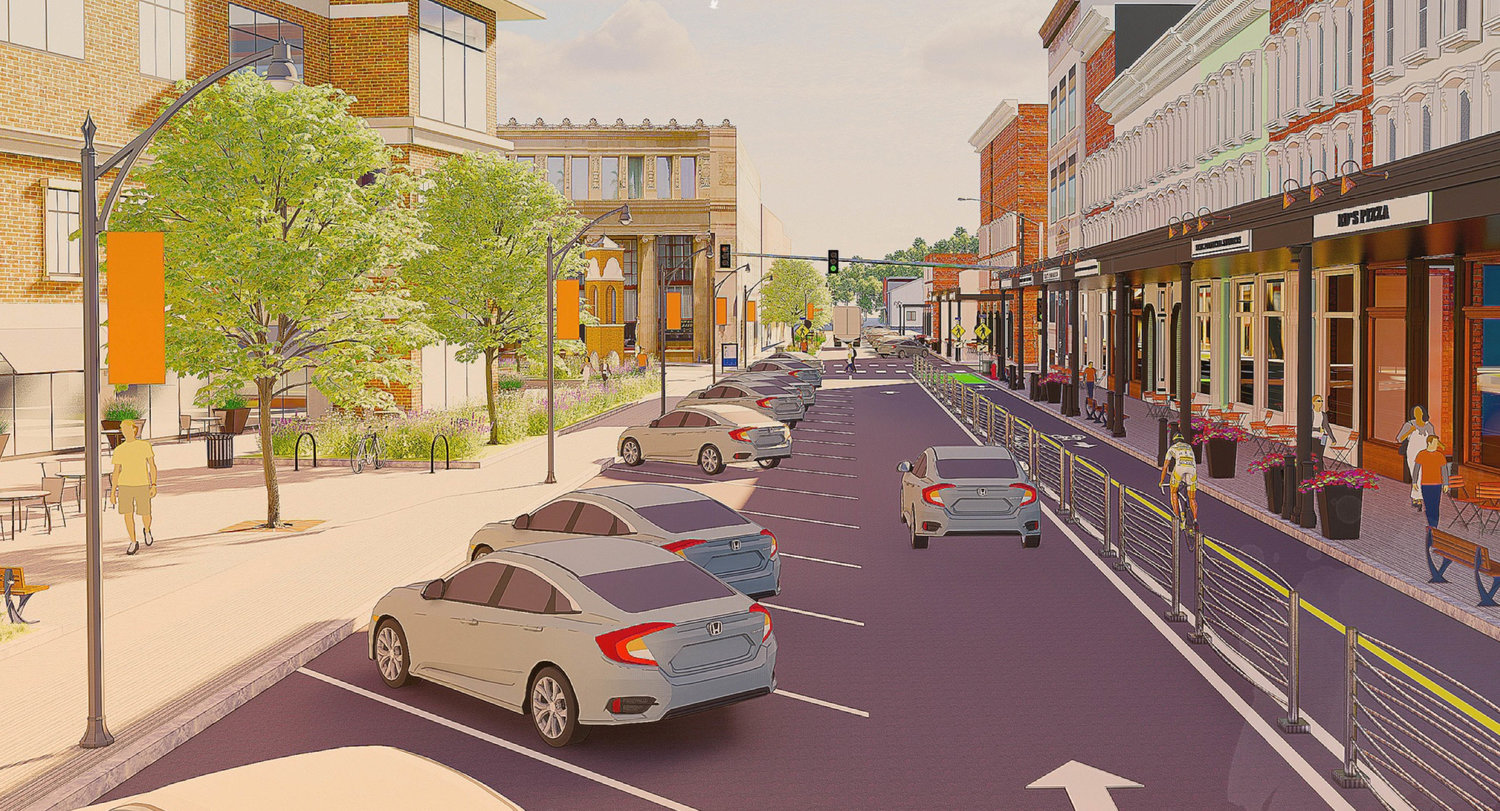 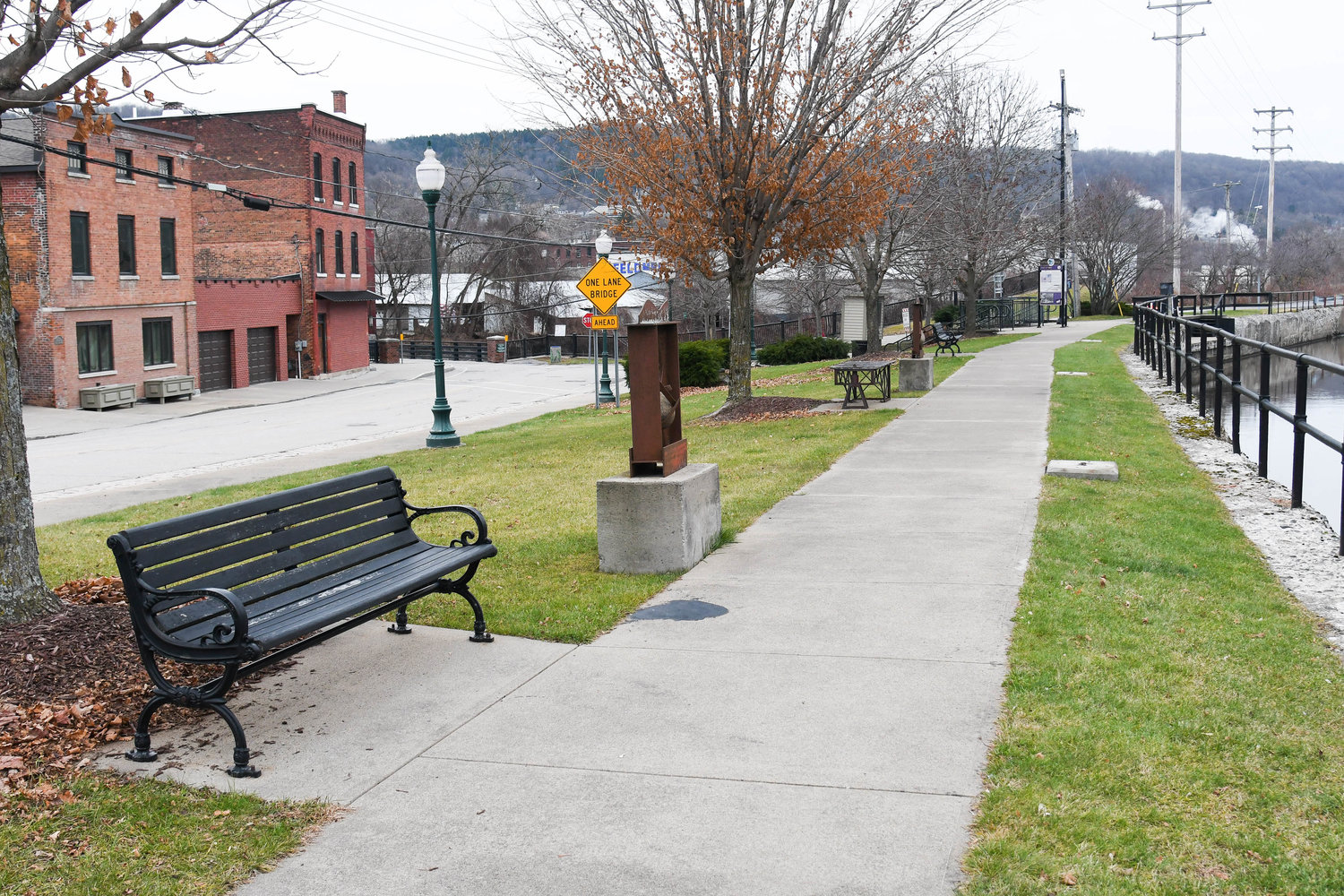 Benton’s Landing in Little Falls, on the corner of Seeley Street and Canal Place, is shown on Tuesday. Seeley Street will be transformed into a bicycle and pedestrian waterfront walkway by repaving the existing roadway and installing lighting and guide rails. This will connect Canal Place to Moss Island and the historic Lock 17.
(Sentinel photo by Alex Cooper) 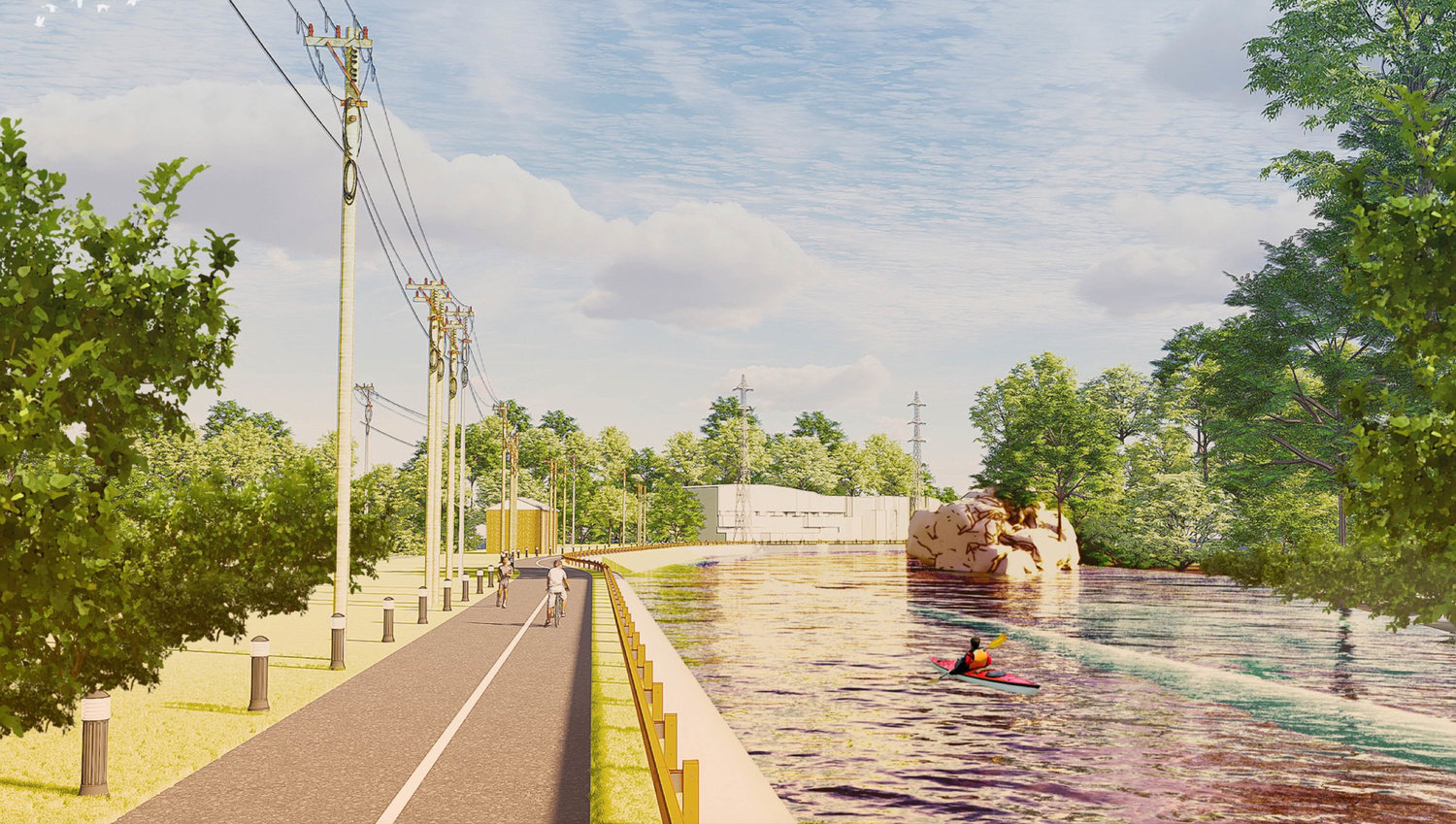 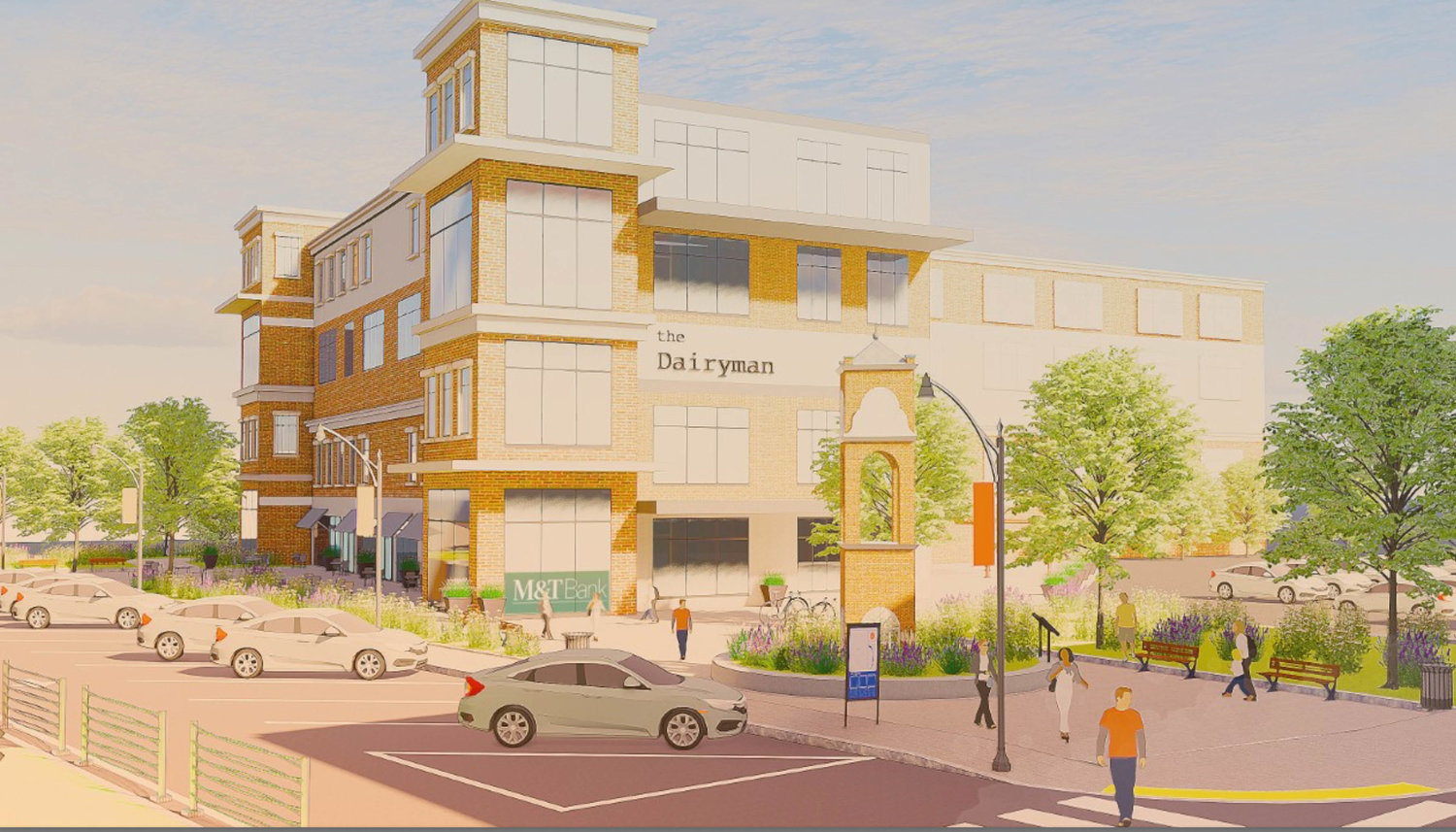 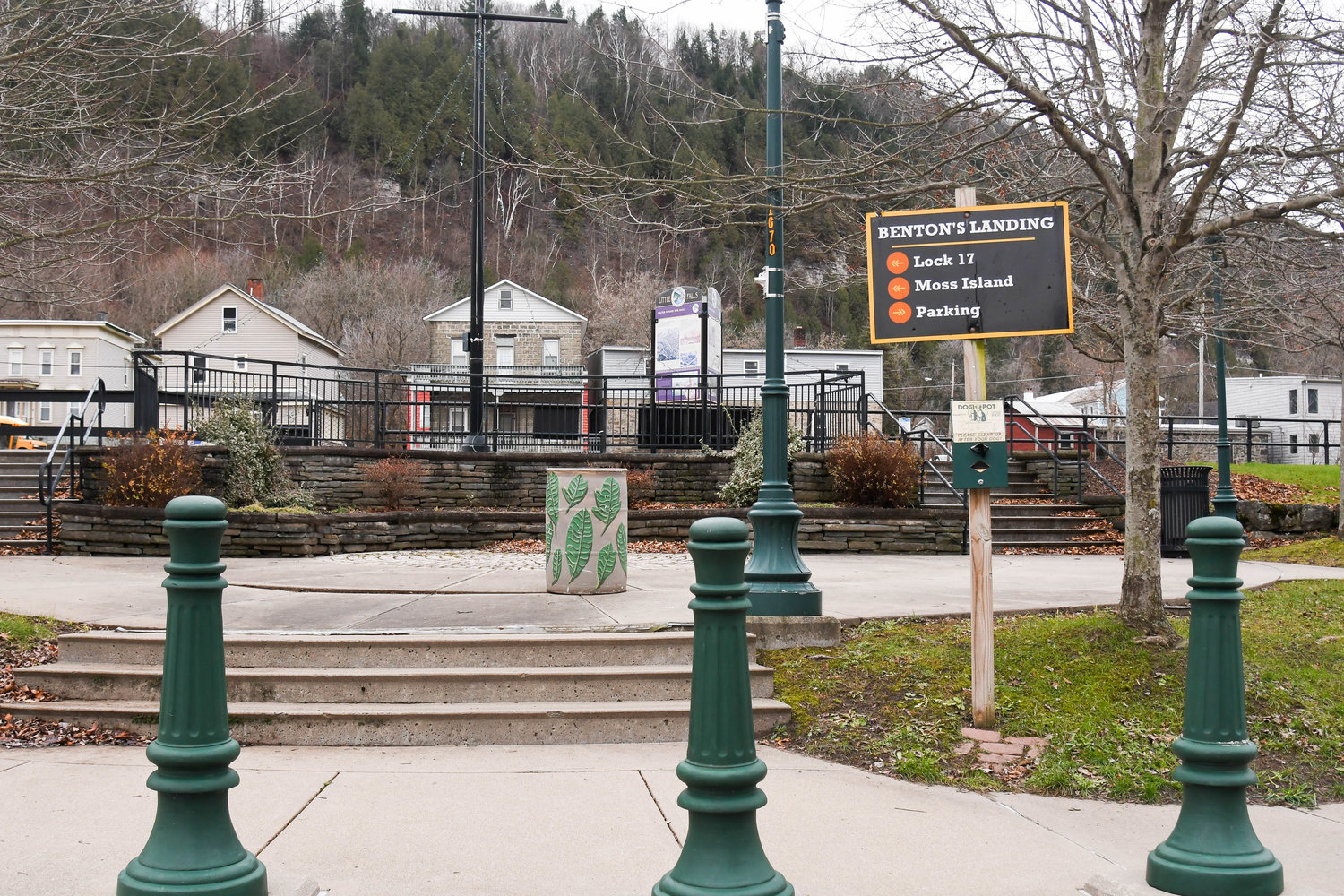 Benton's Landing located in Little Falls on the corner of Seeley Street and Canal Place. Seeley Street will be transformed into a bicycle and pedestrian waterfront walkway by repaving the existing roadway and installing lighting and guide rails. This will connect Canal Place to Moss Island and the historic Lock 17.
(Sentinel photo by Alex Cooper)
Previous Next
Posted Wednesday, November 30, 2022 10:20 am

The awards, Hochul said, will leverage the community’s walkability, and rich historic, cultural and natural resources. “The Downtown Revitalization Initiative is all about making our New York communities even better places to live, work and play,” Hochul said. “Little Falls residents have seen the potential of their community as the Gateway to the Adirondacks, and I have been struck by their passion for taking it to the next level. I want to thank every person who has made today’s announcement possible as we turn the page and build a brighter future for this community.”

“Beyond grateful to Governor Hochul and Secretary of State Rodriguez. As the second smallest city in the state we appreciate Governor Hochul always looking out for the smaller communities,” said Little Falls Mayor Mark Blask.”We look forward to improving the downtown district and making Little Falls an even more vibrant area to live and visit.”

The Little Falls Downtown Revitalization Initiative award will help to create a more unified downtown to improve walkability and bikeability for residents and to catalyze additional investment along Main Street and within Canal Place, officials said, adding the DRI will help transform the downtown experience by allowing a more natural flow for vehicular traffic, establishing a small business assistance fund, and replacing the Main Street Canopy to make walking, shopping, and dining downtown more enjoyable year-round.

The specific projects to be funded through the Downtown Revitalization Initiative include:

“The continued revitalization of Little Falls is critical to the economic success of the area. Little Falls has much to offer with unlimited potential to capitalize on its natural waterfront resources and rich cultural heritage,” he added. “The key projects to be completed will unify downtown, spur additional investments business and otherwise on Main Street and Canal Place, as well as improve the quality of life in the city. I commend the City for its continued efforts to revitalize, strengthen and develop a vibrant sustainable downtown community through use of the DRI Award. The city’s exemplary projects are a testament of how DRI Awards can benefit communities and transform neighborhoods.”