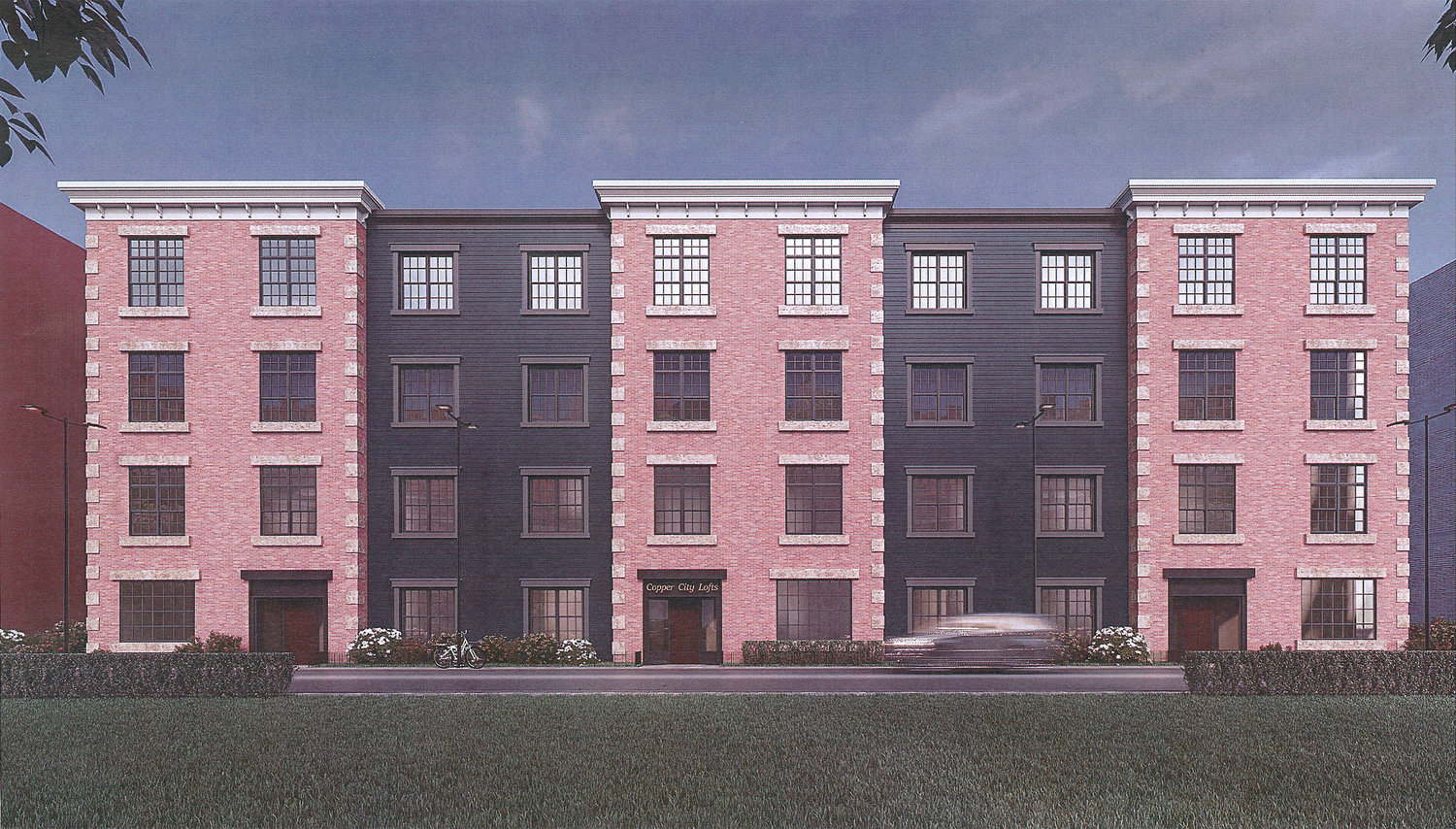 One of the city’s key projects in its Downtown Revitalization Initiative received a significant boost on Wednesday with the state announcing that it has awarded $4.6 million to Rome for construction of the 64-unit Copper City Lofts apartment complex to be built in the arts district of downtown.

The project, announced by Gov. Andrew M. Cuomo, was part of a $98 million effort that includes 20 separate developments, including the Copper City Lofts at 183 W. Dominick St., which is currently a vacant lot across from City Hall’s Griffo Green.

“We are extremely grateful that Gov. Cuomo has awarded Copper City Lofts $4.6 million for a mixed-use 64-unit loft style housing project dedicated to those with artistic talents, which fits perfectly with the city’s vision as another signature product along its arts corridor,” said Mayor Jacqueline M. Izzo shortly after the governor’s announcement.

“Kearney Realty and Development Group, Baldwin Place, N.Y., will be the project developer, and we welcome them to downtown Rome,” Izzo said, adding that there is no exact timetable yet for when construction will begin and be complete. Now that the funding is in place, “We’ll be meeting with them soon. Some work will commence this year,” said Izzo. It’s roughly estimated that the complex will be ready for occupancy between late 2022 to early 2023, she added.

“As we rebuild from the pandemic, these awards are further proof of our unwavering commitment to ensuring all New Yorkers have a safe, stable and affordable place to live,” Cuomo said.  “By continuing to make these important investments in affordable and supportive housing across the state, we can improve the lives of families while building stronger, more diverse, and more equitable communities.”

These projects also advance state objectives to provide affordable internet to low-income households, as well as furthering the goals of the Climate Leadership and Community Protection Act, the announcement said, adding the developments will provide free or low-cost broadband services to tenants and will be developed to high energy efficiency standards, reducing carbon emissions and reliance on fossil fuels.

The awards also included $4.4 million for Johnson Park Apartments in Utica. The scattered-site development in Utica’s Corn Hill neighborhood will offer 62 apartments including 33 for seniors and adults in need of supportive services, the state said.

Funding was also included for projects in Cicero in Onondaga County; Sennett in Cayuga County; and Amsterdam in Montgomery County.