At the Boonville-Oneida County Fair this week, dogs are one of the main attractions. 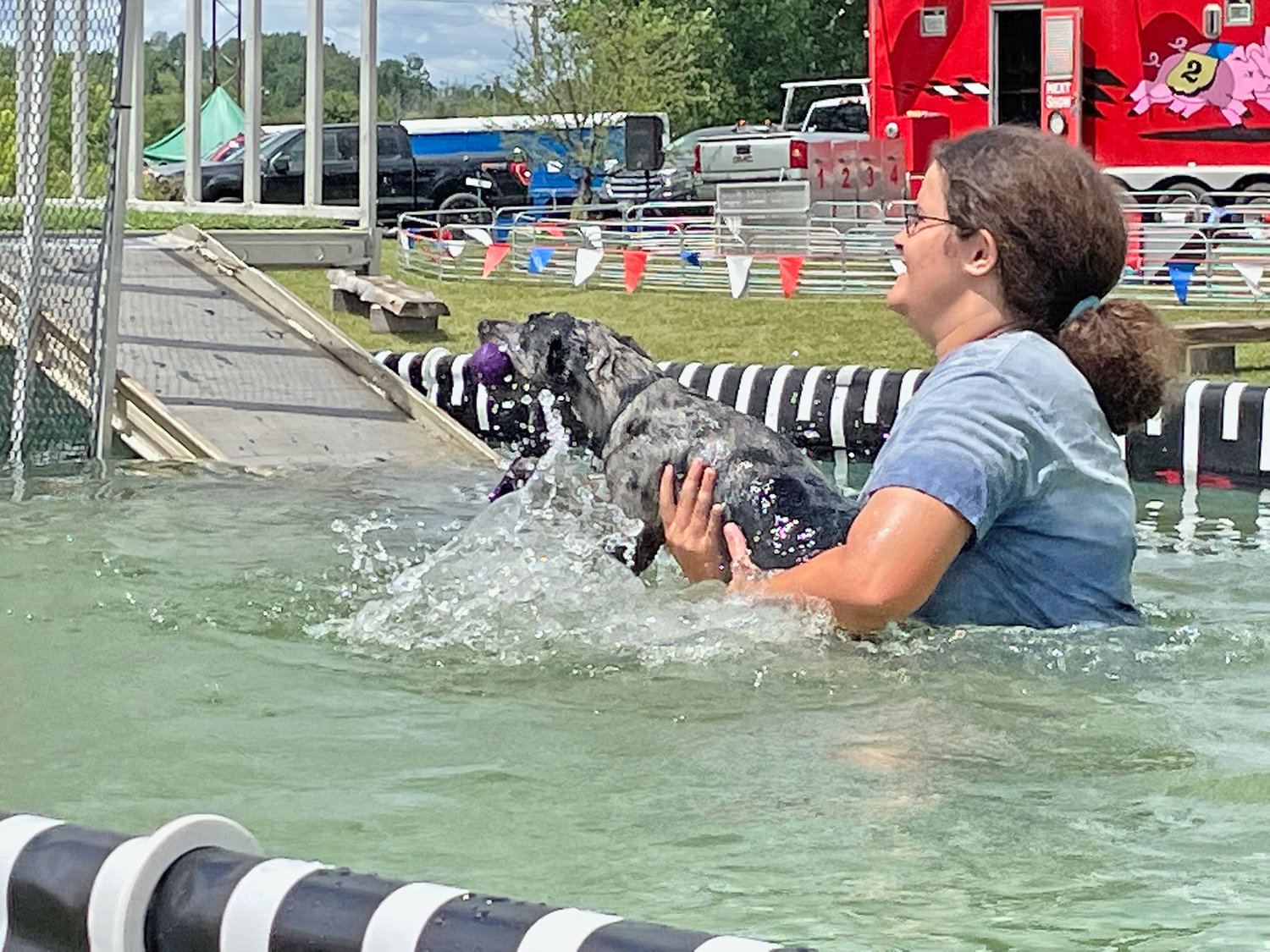 An employee with Central K-9 of Connecticut holds Bubbles after he made his way into the 35-foot pool that’s part of the Dynamo Dogs attraction at Boonville-Oneida County Fair.
(Sentinel photo by Nicole Hawley) 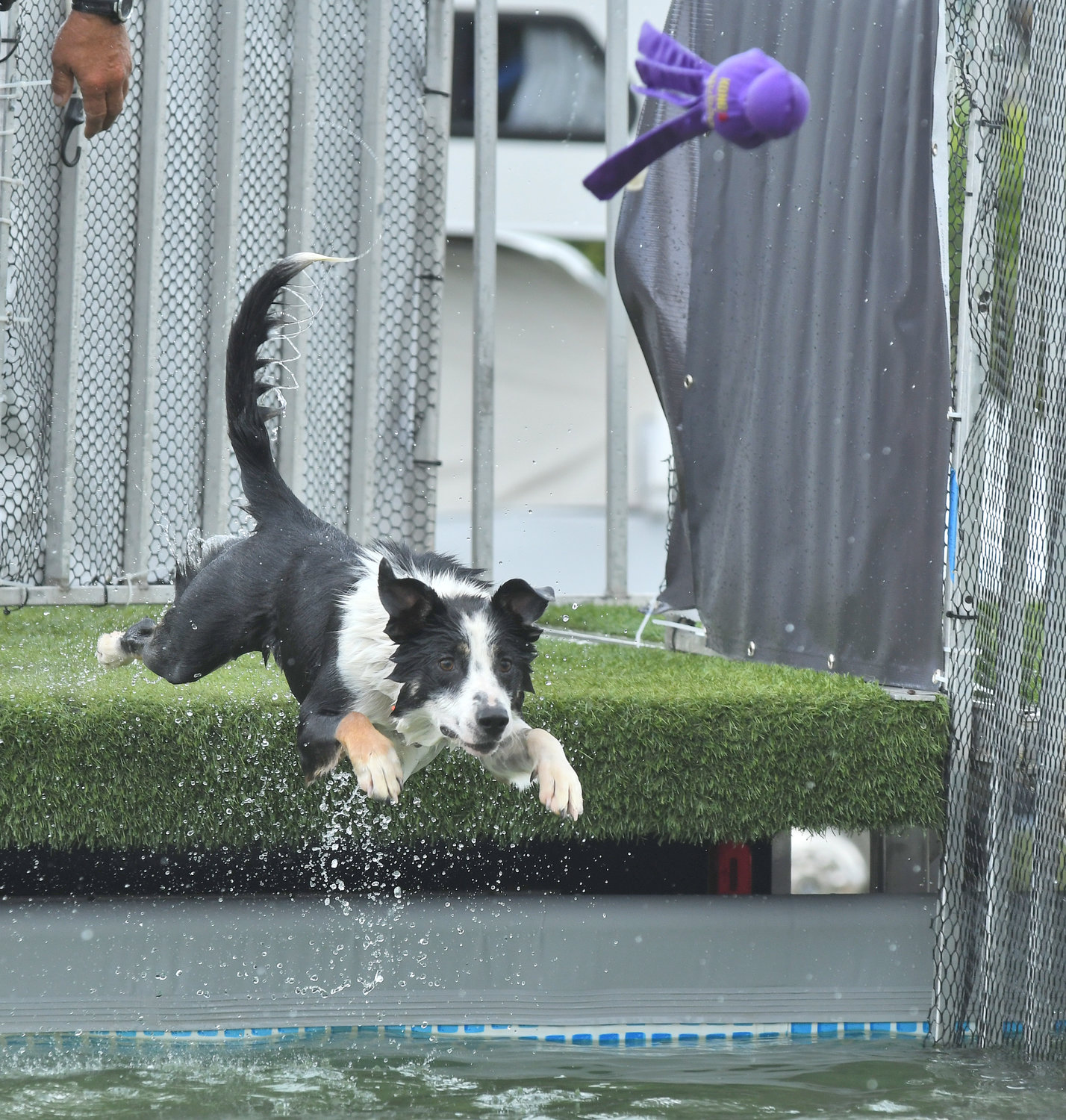 Jim, a border collie with the Central K-9 Performance Dogs, dives into a 35-foot pool to retrieve his toy Tuesday afternoon at the Boonville-Oneida County Fair. Jim was part of the Dynamo Dogs show, which will put on several performances each day at the fair.
(Sentinel photo by John Clifford) 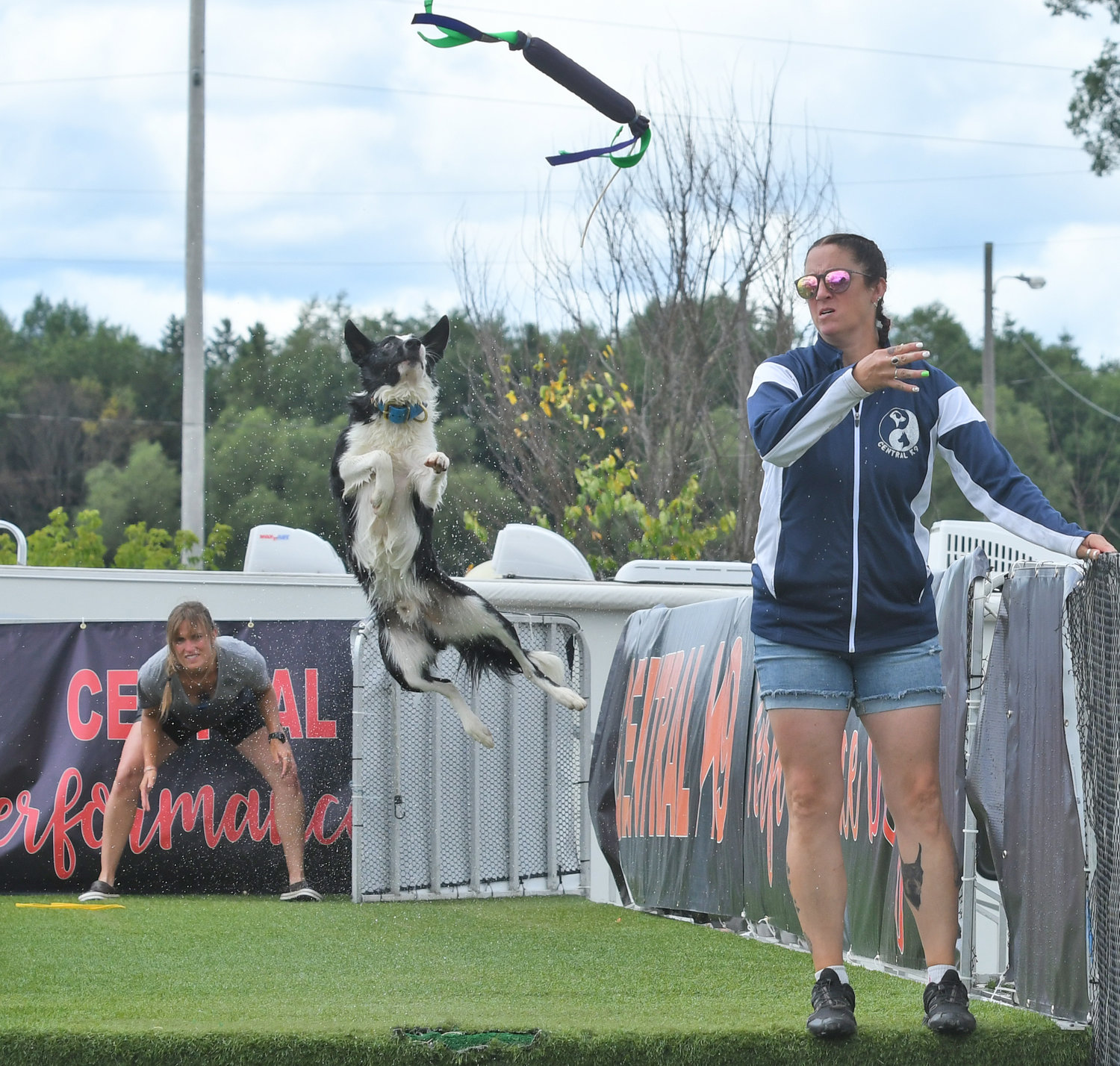 BOONVILLE — At the Boonville-Oneida County Fair this week, dogs are one of the main attractions.

The fair features a 4-H Dog Show as well as exhibits from the Dynamo Dogs “fun-show,” and the Central K-9 dog training facility.

4-H is holding several programs at the fair to highlight youth and agriculture, said Oneida County 4-H Team leader Lisa Farney. Among these is the dog show that took place Tuesday in which local youth displayed their “best friend” for judges.

Farney said that she is pleased with youth participation at the fair this year and said that it stayed steady even through the COVID-19 pandemic. She added that the kids put a lot of effort into events such as the dog show.

“The event showcases how the kids have worked very hard with their dog to achieve a good performance,” said Farney.

Another dog-related attraction at the fair is Dynamo Dogs. It is a dog variety show based in North Carolina that travels the U.S. showing off the talent of its canines. Dynamo Dogs holds several events a day at the fair.

Mirabella’s crew consists of 22 dogs in total, including five acquired in the past five years. She said that most of the dogs are border collie mixes, but there are also some poodles and terriers in the show.

“All of these dogs are rescues, and a lot of them just needed a job to funnel their energy into, so we give them a chance to show off at our events,” said Mirabella.

It is the first time that Dynamo Dogs will perform at the Boonville-Oneida County Fair, but Mirabella said that she does a bulk of her shows in the region.

“It’s a fun show for the family, and I enjoy coming up for shows in Pennsylvania and New York, where it’s cooler during the summer months,” she stated.

Along with the ground act that the dogs are performing at the fair, they also do stage shows and half-time entertainment. They have done several shows for the NBA, NFL, and MLB games. Dynamo Dogs is USDA licensed and inspected.

Dynamo Dogs is partnering at the fair with the Central K-9 dog training and pool diving center based in Connecticut. Central K-9 provided a diving platform for the dogs that features a 35-foot swimming pool. It is also the first time that Central K-9 has been at the fair.