Dog rescued from chilly waters of Snowbird Lake in Forestport

A yellow Labrador Retriever was rescued from the chilly waters of Snowbird Lake Saturday afternoon.

Dog rescued from chilly waters of Snowbird Lake in Forestport 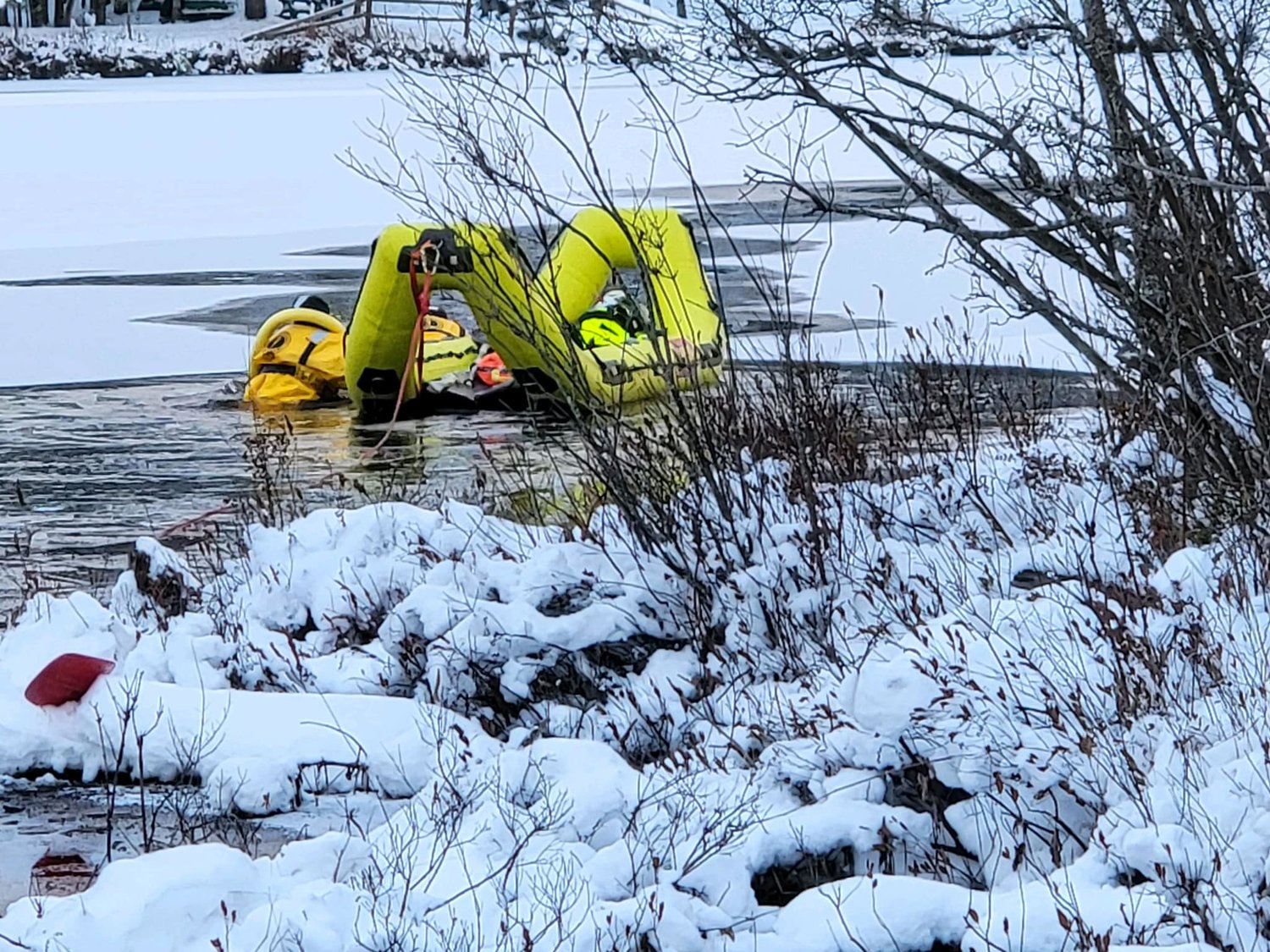 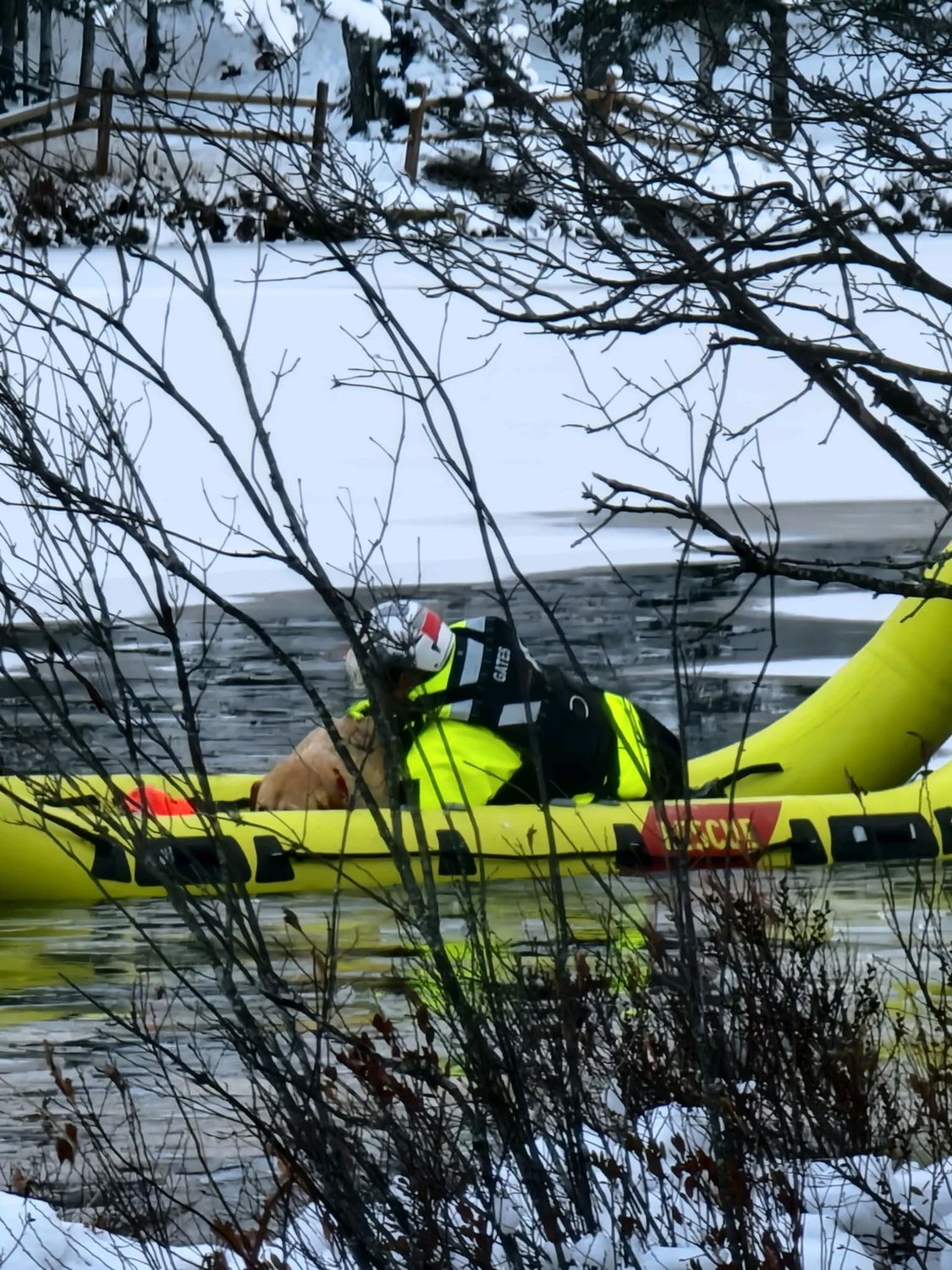 A yellow Labrador Retriever rescued out of icy Snowbird Lake on Saturday rests in the safety of the Trenton ice water rescue team's inflatable raft. Fire department officials said the dog got a clean bill of health from a local veterinarian following the rescue.
(Photo courtesy Trenton Joint Fire Department)

FORESTPORT — A yellow Labrador Retriever was rescued from the chilly waters of Snowbird Lake Saturday afternoon, marking the first ice water rescue by the new volunteer squad with the Trenton Joint Fire Department, according to Chief Kevin Kalk.

"He's going to be fine," Kalk said of the yellow lab, who was treated for any health concerns by a local veterinarian.

The chief said the dog was out with its owners shortly before 3 p.m. Saturday when he "wandered out on the ice and the ice wasn't thick enough to support him, and he fell in." The dog's owners saw their pet in distress and called 911.

The Forestport Fire Department responded and requested ice water rescue help from the Trenton department, whose rescue team is comprised of volunteers from the Barneveld and Holland Patent Fire Departments.

Utilizing an inflatable raft and cold water dry suits, Kalk said six volunteers went out into the lake and grabbed the panicked pooch.

"They had to break some ice to get to him, and then they pulled him into the boat and brought him back to shore," Kalk stated.

The dog was placed in a waiting ambulance to warm him up and then he was taken to the local vet, who gave him a clean bill of health, the chief said.

The rescue was especially noteworthy because "this is the first rescue that the team was called for," Kalk stated. "They did very well."

The Trenton Joint Fire Department's ice water rescue team was formed and trained in January of this year, and officially went into service in the spring. Among the team of six who helped rescue the dog on Saturday were three women who are fully trained for ice water rescue, the chief noted.

The Trenton ice water rescue team was funded by donations from Stewart's Shop and Brookfield Power, as well as the Barneveld Fire Department's Fund Drive.