Local Department of Motor Vehicles offices are likely to get busier in 2019 as stricter identification requirements for boarding domestic flights and crossing a border get closer.

Starting in October 2020 a standard state drivers license will not allow residents to get on a domestic flight. Because of the federal Real ID Act adopted in 2005, all New York residents age 18 and older will need either a Real ID or an Enhanced New York driver’s license to travel with in the U.S. by air or to cross the border into Mexico, Canada and the Caribbean.

Notification of the change is going to New York motorists as their licenses expire, and county clerks in Oneida and Madison counties, who oversee local DMV offices, say they expect more traffic as people go through the more complicated process of getting the new identification.

To get one of these IDs, residents must visit a DMV office to have a new picture taken and provide original documents that prove your full legal name, New York residency and Social Security number. Also, those getting married and changing one’s name must provide a government-
issued marriage certificate.

Documents must be scanned and the images transmitted to the U.S. Department of Homeland Security and verification received by the local cashier, noted Oneida County Clerk Sandra DePerno. The process has been taking up to 45 minutes, she added. DePerno asked the county executive and legislature for an extra DMV staff person, which was approved for the 2019 budget. The county has DMV offices in Rome and Utica.

To help handle the expected influx, Madison County has purchased and installed a second camera and scanning station within the DMV. It is the only county-run DMV in upstate New York to have this option, the county says. “The next two years, 2019 and 2020, will be our biggest volume in the eight-year cycle for license renewals,” said Madison County Clerk Michael Keville. “In addition, we want to be able to provide speedy, friendly service to those who need to upgrade their New York driver’s licenses by the October 2020 deadline.

“Having two cameras will ensure that in Wampsville customers can expect the lines to be shorter and move faster and to be greeted by a smile,” Keville said.

DePerno said she may pursue added equipment for the 2020 budget but has been reluctant to do so yet because so far the state-run system has been plagued with breakdowns on a nearly daily basis. “If they do replace the camera in both DMVs and everything’s running smoothly, fine,” she said. “If they’re going to still have the same issues how can I justify applying for a camera when the other one doesn’t work either.” 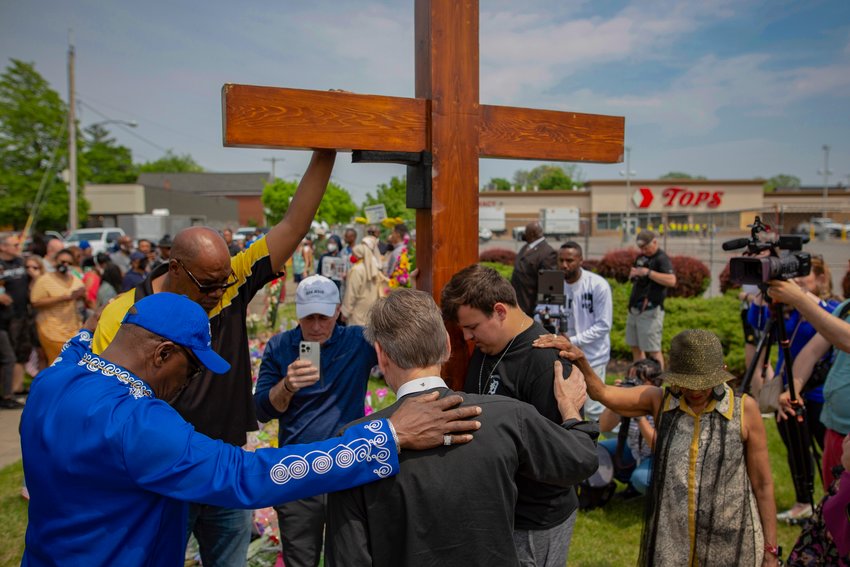 3 more funerals for Buffalo victims in week of goodbyes

BUFFALO (AP) — A mother and sister known for baking decadent pastries. A restaurant worker buying his 3-year-old's birthday cake. A father and die-hard Buffalo Bills fan who worked as a school bus …