Start of school year delayed until Sept. 13 for all students, pre-K to grade 12 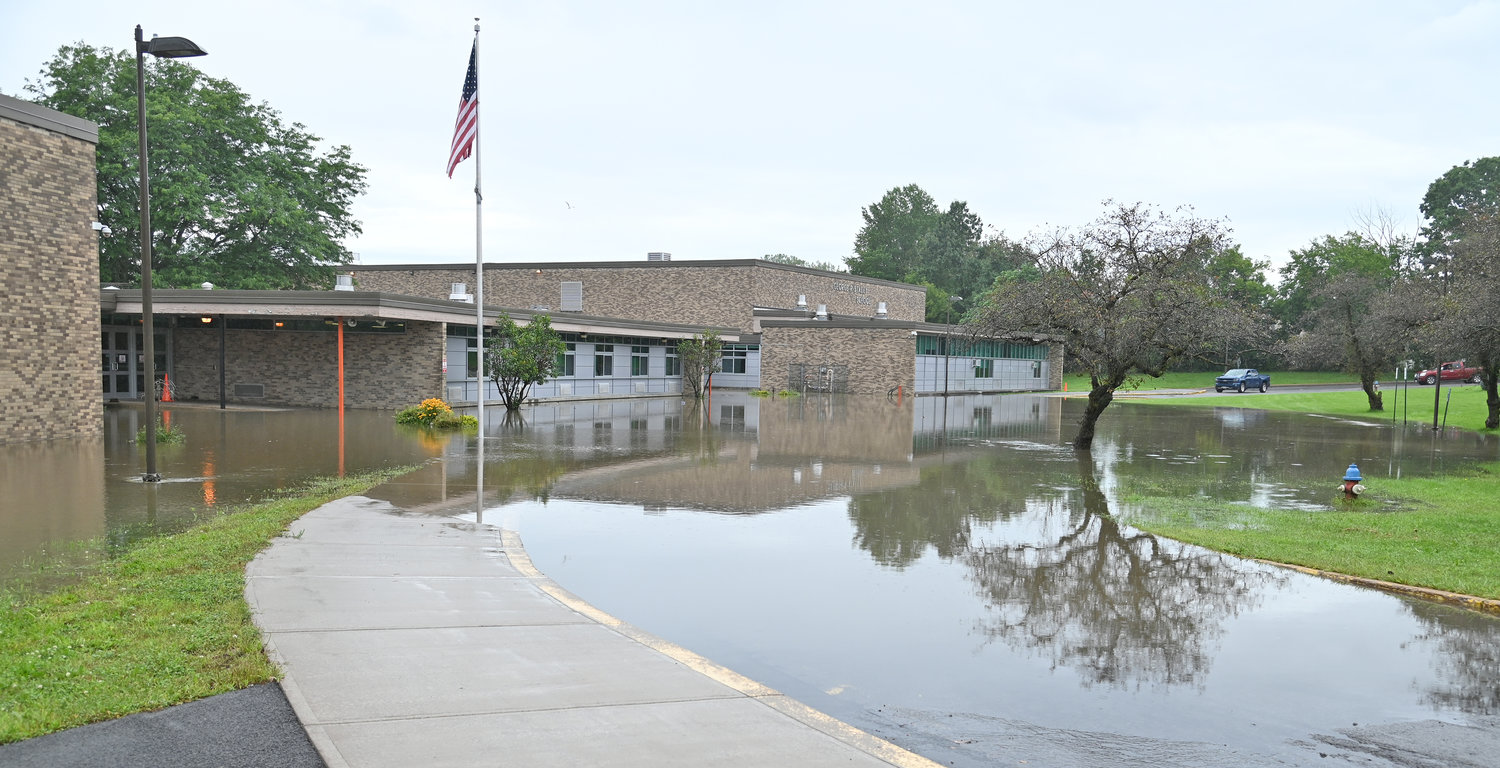 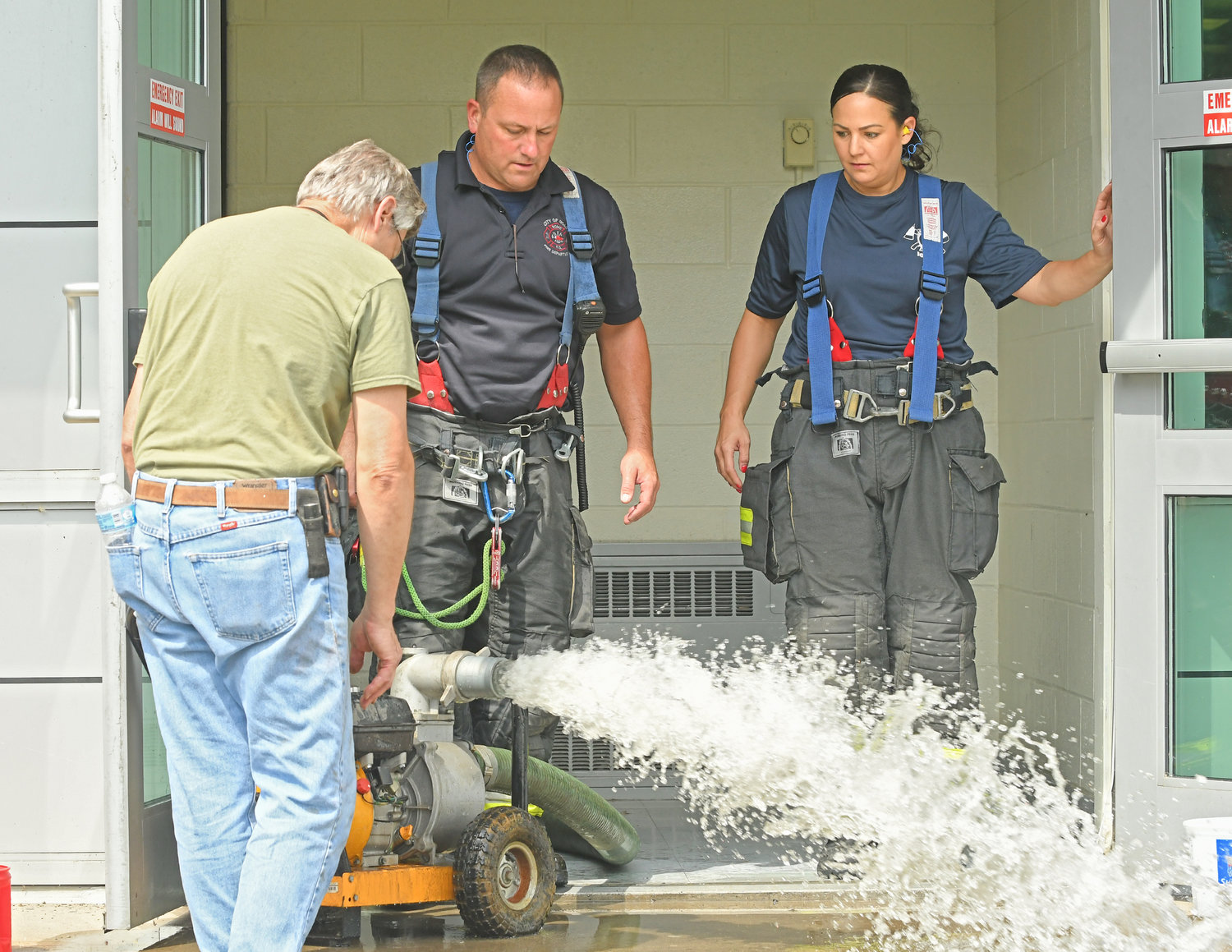 PUMPING IT OUT — Rome firefighters and Rome City School District maintenance staff monitor one of several pumps deployed to remove floodwater from the Mohawk River out of Staley Elementary School, 620 E. Bloomfield St. in this file photo from Friday, Aug. 18. On Monday, district officials announced plans to close the school permanently and redistribute students to other elementary schools in the district.
(Sentinel file photo by John Clifford) 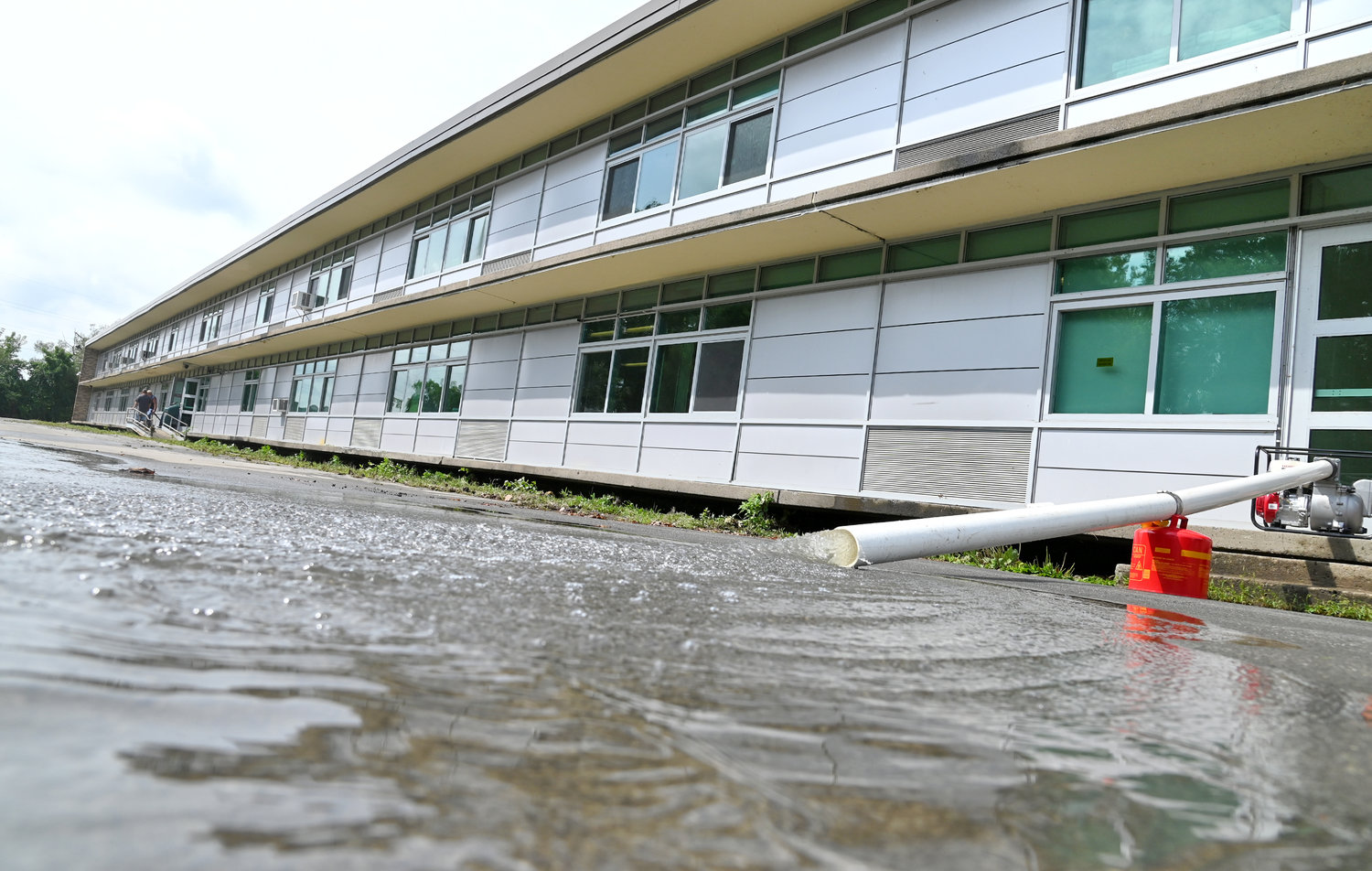 The Rome City School District will no longer utilize Staley Elementary School, closing the facility immediately, according to a letter to parents issued late Monday and posted on the school district website. As a result of the decision to close the nearly 60-year-old building constructed on the Mohawk River floodplain, the school’s students will be redistributed to other buildings and school will be delayed for all Rome students until Monday, Sept. 13.

“As we embark on the opening of schools for 2021-2022, it is with much sadness that I must inform you of a developing situation related to Staley Elementary School. With the flooding of the building last week, we have come to discover several issues within the physical structure that make the utilization of the building as an instructional facility no longer a wise decision,” Superintendent Peter C. Blake wrote.

“We have known that there are ongoing concerns related to dampness in the crawl space, however, the recent flooding of the building has required us to bring in various experts to inspect the space as part of the cleaning process. While we feel that we can prepare the building for student use in the next week, what we cannot do is ensure that a repeat of the current situation will not happen again in the future,” Blake’s letter continues. “Knowing what we know at this time, and the amount of time and funding necessary to return the building to a fully functioning school free from health and safety concerns, we, as a leadership team in conjunction with our Board of Education, have made the difficult decision to permanently close the facility.”

“This means that in short time, the district will redistribute the Staley students and staff into the remaining six elementary schools,” the letter said, adding that “Much of this work is underway and families/staff should know by the end of this week where they will learn/work for the 2021-2022 school year. To provide as much time as possible to complete this task, the Rome City School District will be delaying the official start date for all students, preK-12, until Monday, September 13. I understand that this will create inconvenience for many members of our community, however, the students, families, and staff of Staley need our support in making this transition work as quickly and efficiently as possible.”

“With our goal to ensure that ALL students can learn in-person to start the year, delaying the start of the year for students is the best option, amongst many challenging options. In doing this, Tuesday, September 7 and Wednesday, September 8 will be considered emergency closure days and Thursday, September 9 and Friday, September 10 will be Superintendent’s Conference Days. Previously scheduled open houses for the
elementary schools will be rescheduled for Thursday, September 9. More information, including specifics, related to those events will be forthcoming from the building principals,” Blake’s letter said.

“Unfortunately, the challenges continue to come as we prepare to begin the new school year. The past year has been a challenge for us all as we have adapted to a new world, and I understand that this news will bring with it a new level of stress and anxiety. With everything going on, I can assure you that we will do everything possible to make this transition as seamlessly as we can. More than ever, our students, families, and staff need all of us to continue working together for the betterment of the whole. As always, thank you for your patience, understanding and flexibility,” the letter concludes.

Crews had been working virtually around the clock since floodwaters engulfed portions of the Staley Elementary School, 620 E. Bloomfield St., on Thursday, Aug. 17, trying to get the 60-year-old structure ready for the start of the new school year on Tuesday, Sept. 7, district officials said late last week.

While floodwaters have periodically crept across school grounds for as long as the school has existed, this year’s flooding was among the worst it has ever seen, surrounding the structure and damaging the two boilers and a hot water heater that supports the school’s cafeteria kitchen.

“The equipment was essentially flooded out, causing the mechanical systems of each unit not to function properly,” said Blake last week.

A pop-up alert on the district website last week advised the parents of incoming Staley kindergartners that, while dates and times remain the same, kindergarten screenings have been relocated to Clough as work progresses at Staley.

At Thursday’s Board of Education meeting, the superintendent said it appeared that both boilers could be repaired but that the water heater likely needs to be replaced. Outside the building, Blake said the playground area was “washed away” and would need to be replaced.

“Due to the nature of the structure (most of the building is concrete), the building is susceptible to easy mold growth when damp and high humidity is present,” he told the board at its meeting. “We have already begun daily air quality sampling.” Blake noted Thursday.

“Thank you to that whole team of people,” said Blake, “who have been working so hard on that.”

Blake shared that he had already had significant discussions with the Superintendent for Operations and Management, Rob Mezza, and that there were issues in regard to Staley to be discussed with the board during an executive session that was held on Sunday. “We need to make sure we’re not pumping money into something that is continually flooding, being shut down, then reopened,” said Blake.

During the Public Comment portion of Thursday’s board meeting, which devolved quickly into a heated exchange between approximately one dozen parents and members regarding the required universal mask mandate from the state, one father – who had not filled out a card to register to speak — pivoted from the mask discussion to press Blake about the status of Staley.

“And how ‘bout Staley? You guys get rid of that school yet,” the man asked Blake. “That school’s been failing for years!”

“Isn’t it full of asbestos and black mold,” retorted the man?

“The building has been certified asbestos-free,” replied Blake, “and there is no black mold that I’m aware of.”

“That you’re aware of,” the man pressed, “so that makes it safe?”

As Blake had previously assured, the air quality inside the Staley School Building was being tested daily to assure it was safe. He added that any contingency plans regarding Staley would be shared should they become necessary, but anticipates no delays in addressing any deficiencies in the building.