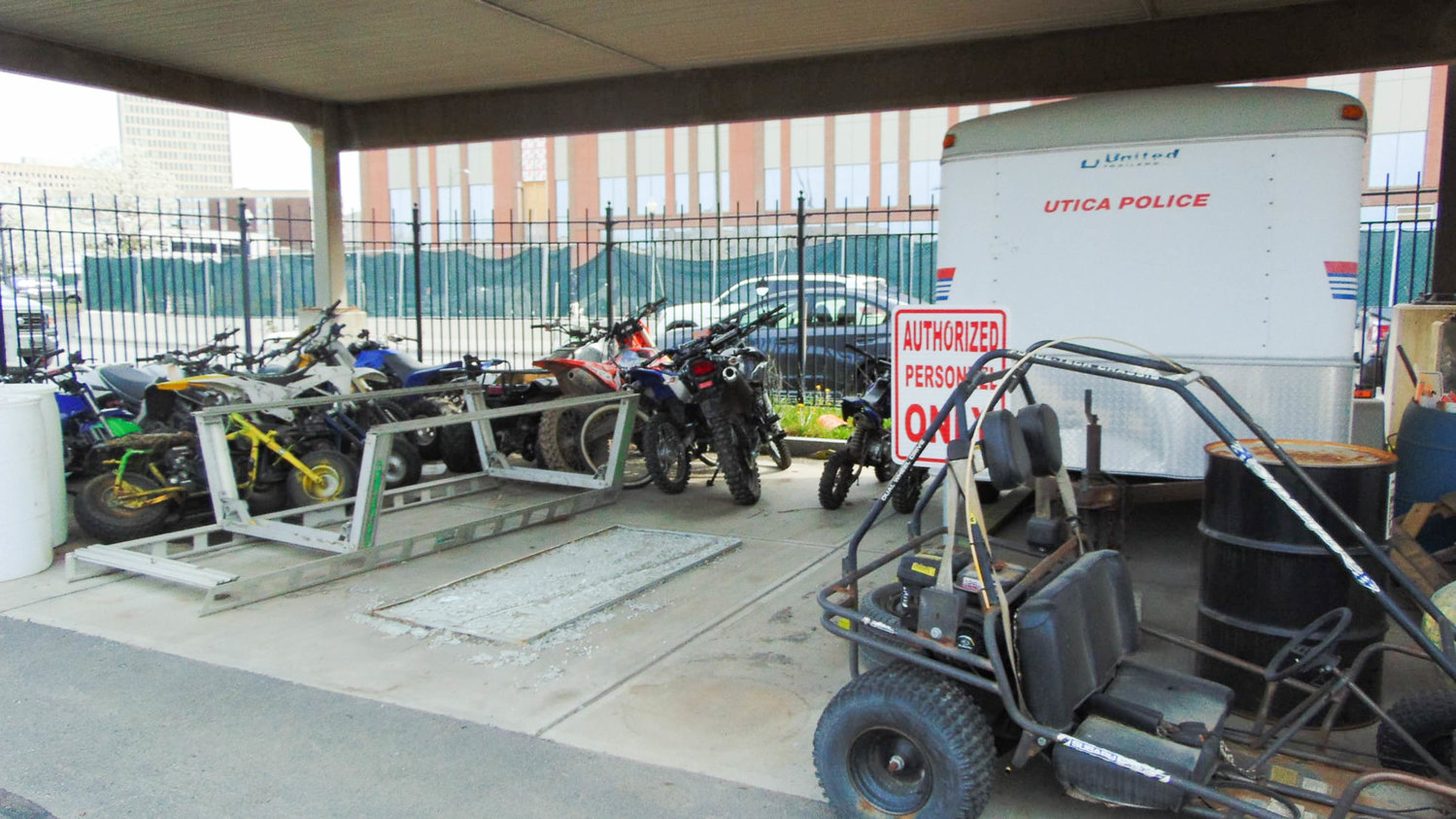 A total of five dirt bikes were seized and impounded by the Utica Police Department during a crackdown on motorized vehicles in north and east Utica on Thursday.
(Photo courtesy Utica Police)
Posted Friday, May 6, 2022 2:58 pm

UTICA — A total of five dirt bikes were impounded and multiple people were ticketed during a motorized vehicle crackdown in Utica on Thursday, according to the Utica Police Department.

Police officials said they have received numerous complaints from the community of an increase in motorized vehicles in the city. So police officers conducted an enforcement detail focused on north and east Utica neighborhoods.

Five dirt bikes were impounded, 12 traffic tickets were issued and two additional misdemeanor charges were filed during the crackdown, police stated. Three juveniles were stopped and spoken with, though police said they were ultimately not charged due to their young ages.

These vehicles also cannot be used in city parks and playgrounds. Using such vehicles in prohibited locations can result in criminal charges.