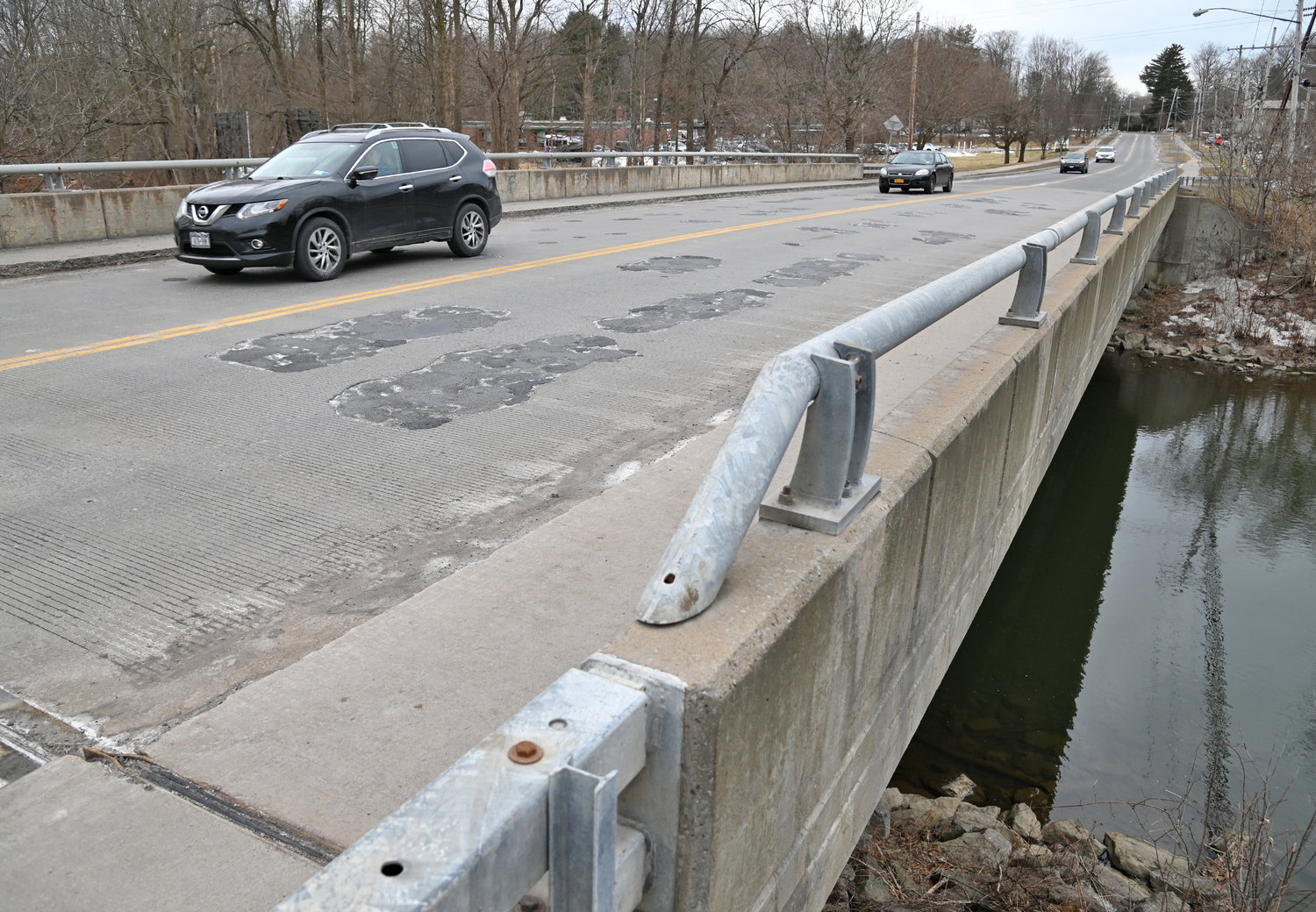 WORK TO BEGIN — Work on the Floyd Avenue bridge over the Mohawk River, near the Mohawk Valley Community College campus, will begin March 29. Motorists can expect detours around the site starting April 1. The project is expected to be complete by Oct. 29.
(Sentinel photo by John Clifford) 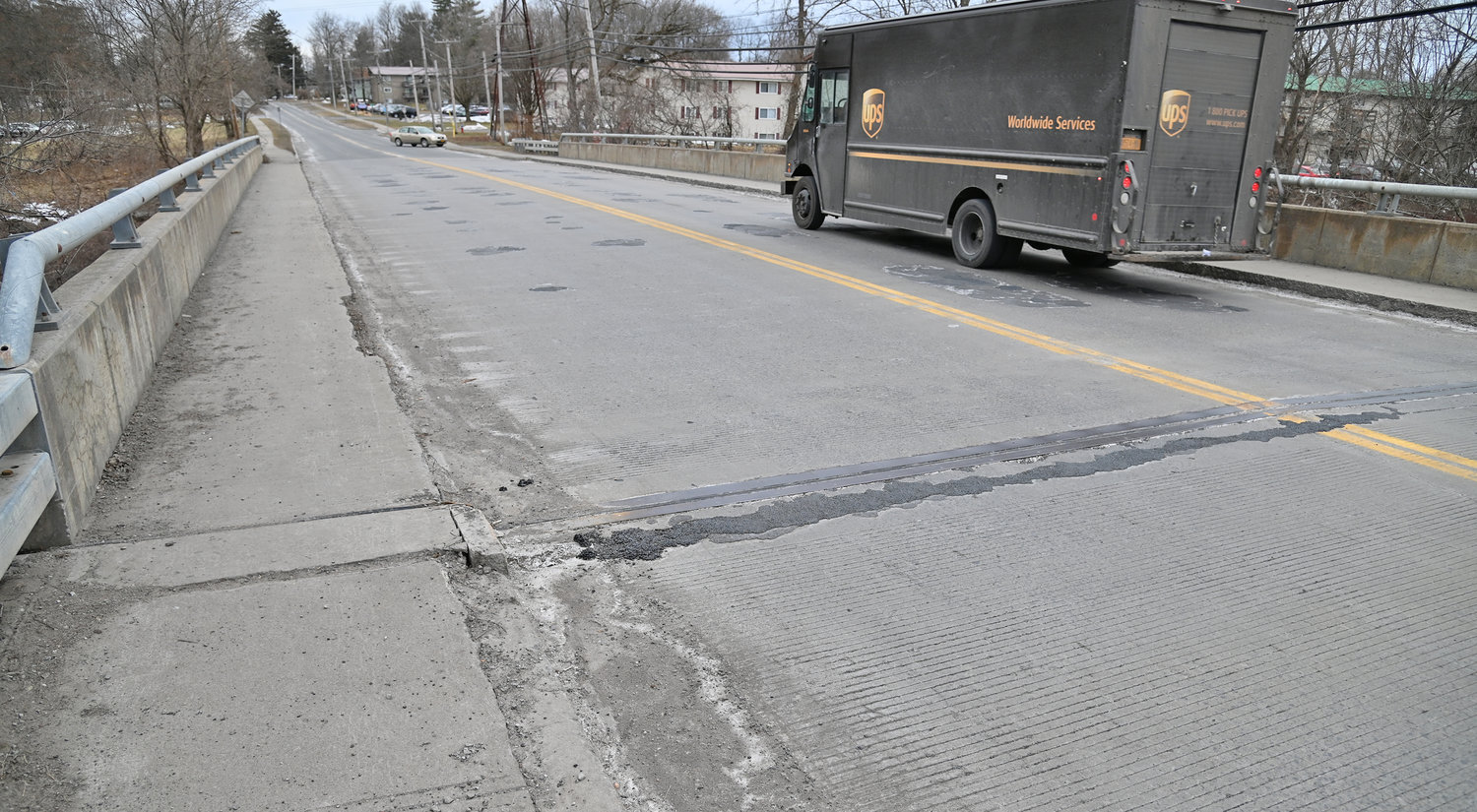 BRIDGE MAINTENANCE — This is a southbound view of the Floyd Avenue bridge that will be refurbished starting March 29. Repairs are being made using $1.47 million in funding from the state BRIDGENY program. The city was approved for the funding back in 2018.
(Sentinel photo by John Clifford) 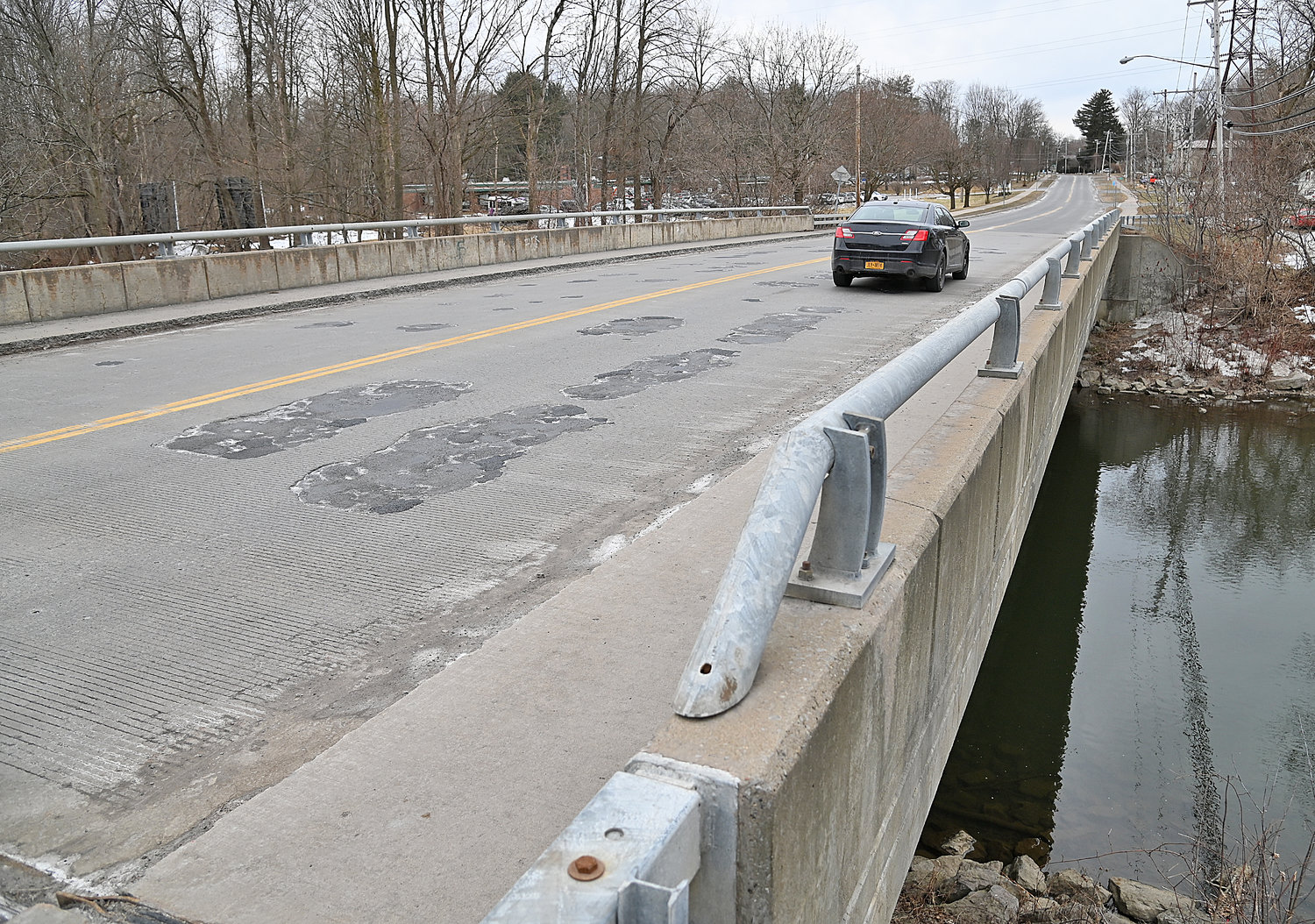 NEEDED REPAIRS — Tioga Construction Company, of Herkimer, is at charge of the deck replacement and bearing rehabilitation project of the Floyd Avenue bridge. Starting April 1, traffic will be detoured around the construction site. The projected completion for the work is Oct. 29.
(Sentinel photo by John Clifford)
Previous Next
Posted Wednesday, March 17, 2021 4:00 pm
Nicole A. Hawley
Staff writer
email

Robins aren’t the only signs of spring popping up in central New York; for, as surely as our feathered friends arrive it means not only warmer temperatures but also the start of the construction season.

For those who work on, or travel through, the Griffiss Business and Technology Park, the morning and evening commute may be a little bit longer starting on Monday, March 29, as work to re-deck the Floyd Avenue bridge over the Mohawk River is slated to begin.

On Tuesday, city officials outlined detours around the construction project, which has a completion date of October 29. The current two-lane bridge that spans the Mohawk River – near Mohawk Valley Community College’s Rome campus and the adjacent Mohawk River Trail — was constructed in 1987. Over the better part of the past two decades, city crews have been patching potholes on the structure, trying to keep the nearly 150-foot long, 44-foot wide span serviceable.

When work begins, it will take the bridge off-line, city officials said, necessitating detours for those who live or travel on the busy street. The detour around the construction area is to be set by Thursday, April 1. According to Joseph G. Giuliano, Engineer II for the City of Rome:

The truck route detour around the project for northbound rigs will be approximately 3.9 miles and run from Floyd Avenue to Black River Boulevard, to East Chestnut Street, to Mohawk Drive and then back onto Floyd Avenue.

If northbound, the 2.25 mile commuter detour will take motorists onto local streets, from Oakwood to Harding Boulevard, then around to Sixth Street,
Culverton Road and then onto Park Drive before re-entering Floyd Avenue.

Repairs are included in the state’s BRIDGENY 2018 project, with the city being approved for $1.47 million in funding. The Floyd Avenue bridge was one of three in Rome slated to receive nearly $4 million in state funding through a program to renew and modernize bridges across New York, Gov. Andrew Cuomo announced back in November 2018.

In addition the Floyd Avenue bridge, a bridge over Wood Creek on Seifert Road in the city’s outside district will get $1.868 million and the overpass on Dewey Road atop a Wheeler Creek tributary will get $594,000. The mayor noted then that three out of four bridge projects in the city had been approved for BRIDGENY funding, while a fourth on Merrick Road crossing Wood Creek was not. The projects in Rome were the only bridges in Oneida County to get the funding.

The 165 projects, which includes 86 bridges and 79 culverts, were selected following a competitive process that considered, among other factors, the structural condition of a bridge or culvert and its resiliency and significance, based upon traffic volumes and detour considerations, according to the governor’s office.

On Feb. 25, the Board of Estimate and Contract adopted Resolution No. 38, authorizing Mayor Jacqueline M. Izzo to award Tioga Construction Company, Inc., of Herkimer, a contract in the amount of $854,394 for the bridge deck replacement and bearing rehabilitation project.