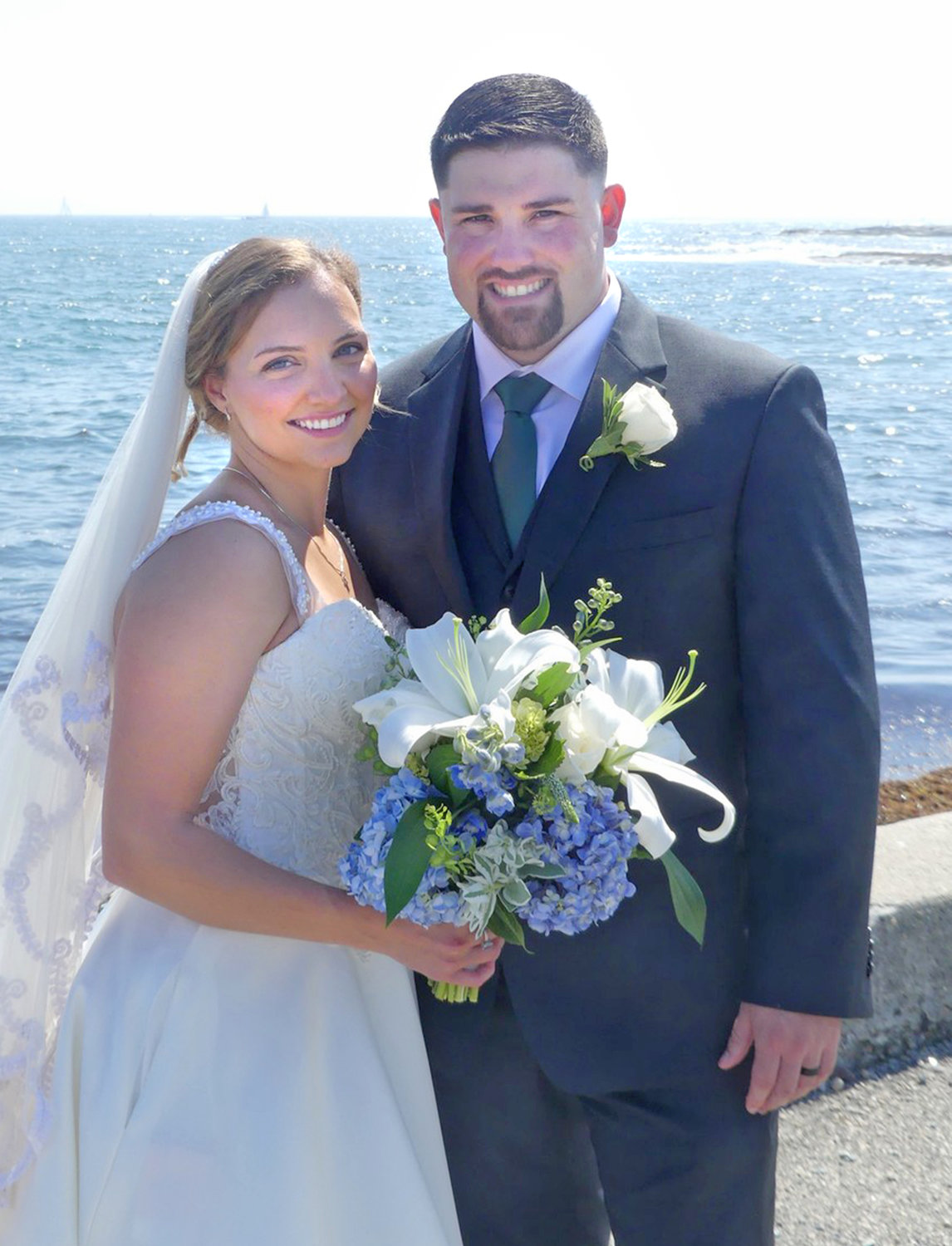 The Very Rev. Francis O’Loughlin officiated the ceremony. The bride was escorted by her father.

Following the ceremony, a reception was held at Food Works, Portsmouth, R.I. Due to COVID-19 restrictions, the couple has postponed a larger reception until December and will depart on a honeymoon trip to Jamaica.

The couple resides in Chula Vista, Calif. Mrs. Coia, a graduate of Virginia Tech, is employed as a U.S. Navy ship’s navigator on the USS Savannah. Her husband, a graduate of the University of Tampa, is in the U.S. Naval Reserve, San Diego, and is project engineer at Pacific Rim, San Diego.