Bikers pedaled along some of Oneida’s deepest history on Tuesday during “Tuesday on the Towpath,” conducted in part by the Oneida Improvement Committee, Oneida Community Mansion House, … 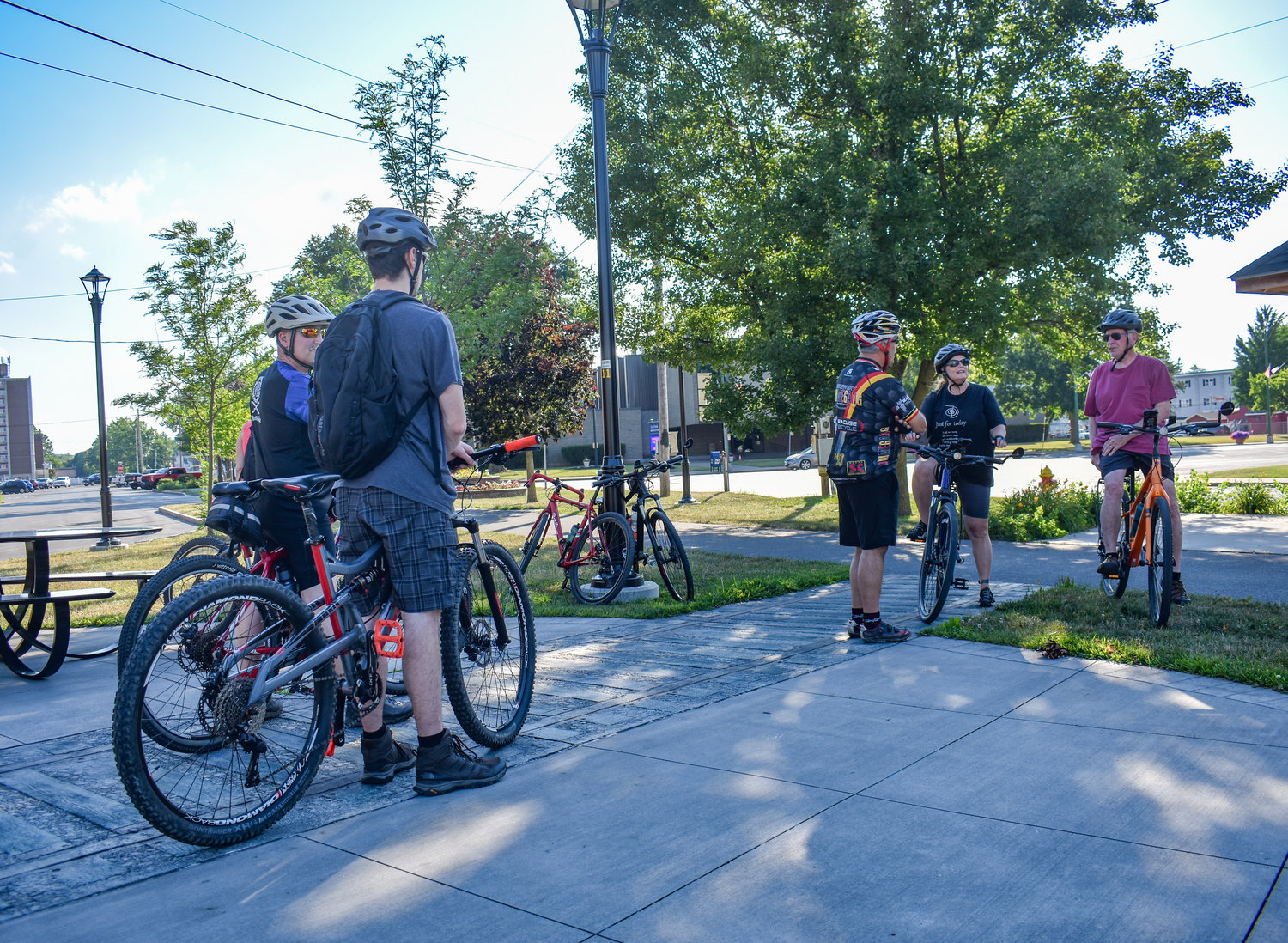 Bikers gather at the Oneida Rail Trail Pedestrian Plaza on Tuesday, July 12, 2022. Some are joining "Tuesday on the Towpath," a historic tour of the Oneida Rail Trail and Erie Canalway Trail. Others are part of a mountain biking group about to embark on their own trek.
(Sentinel photo by Carly Stone) 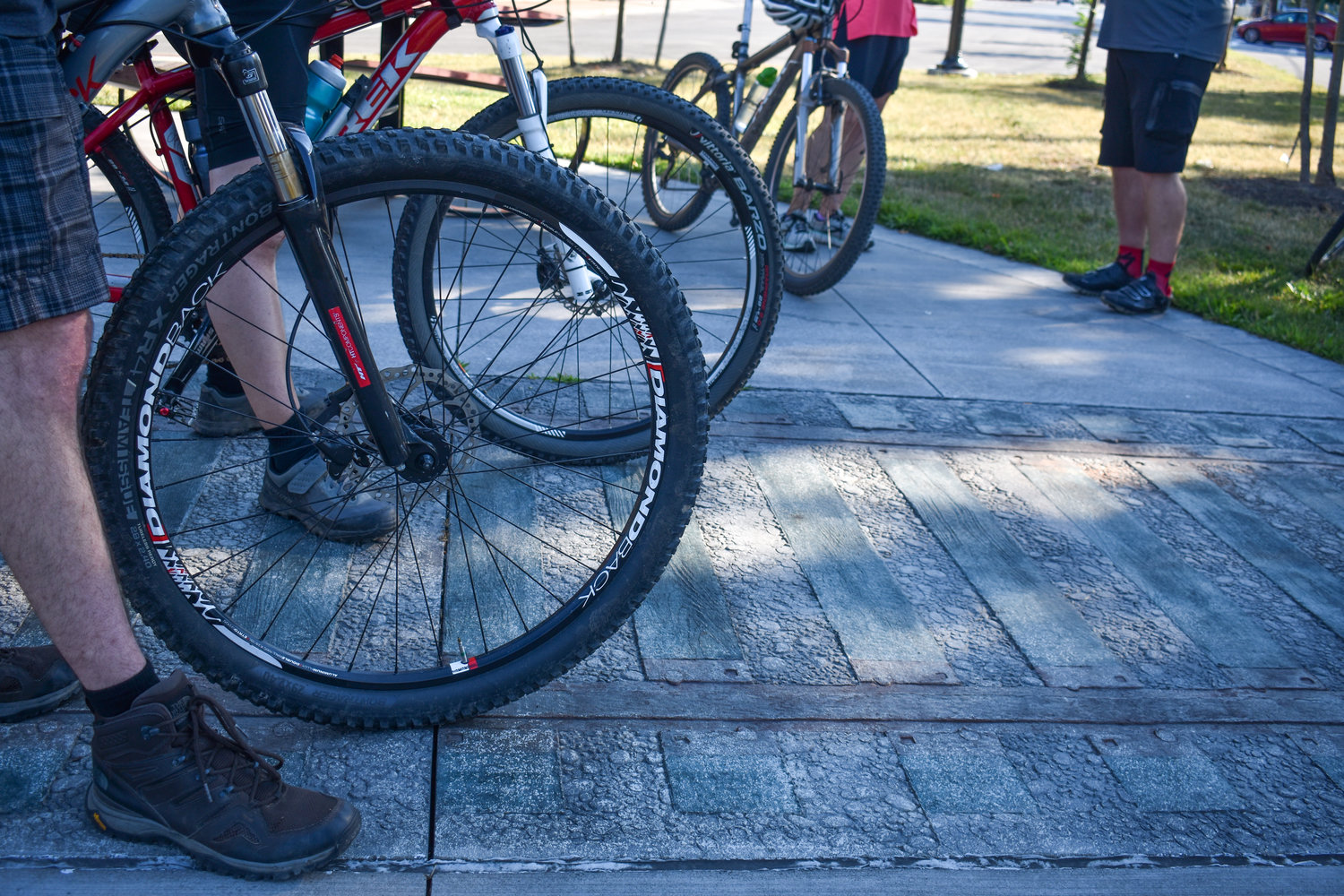 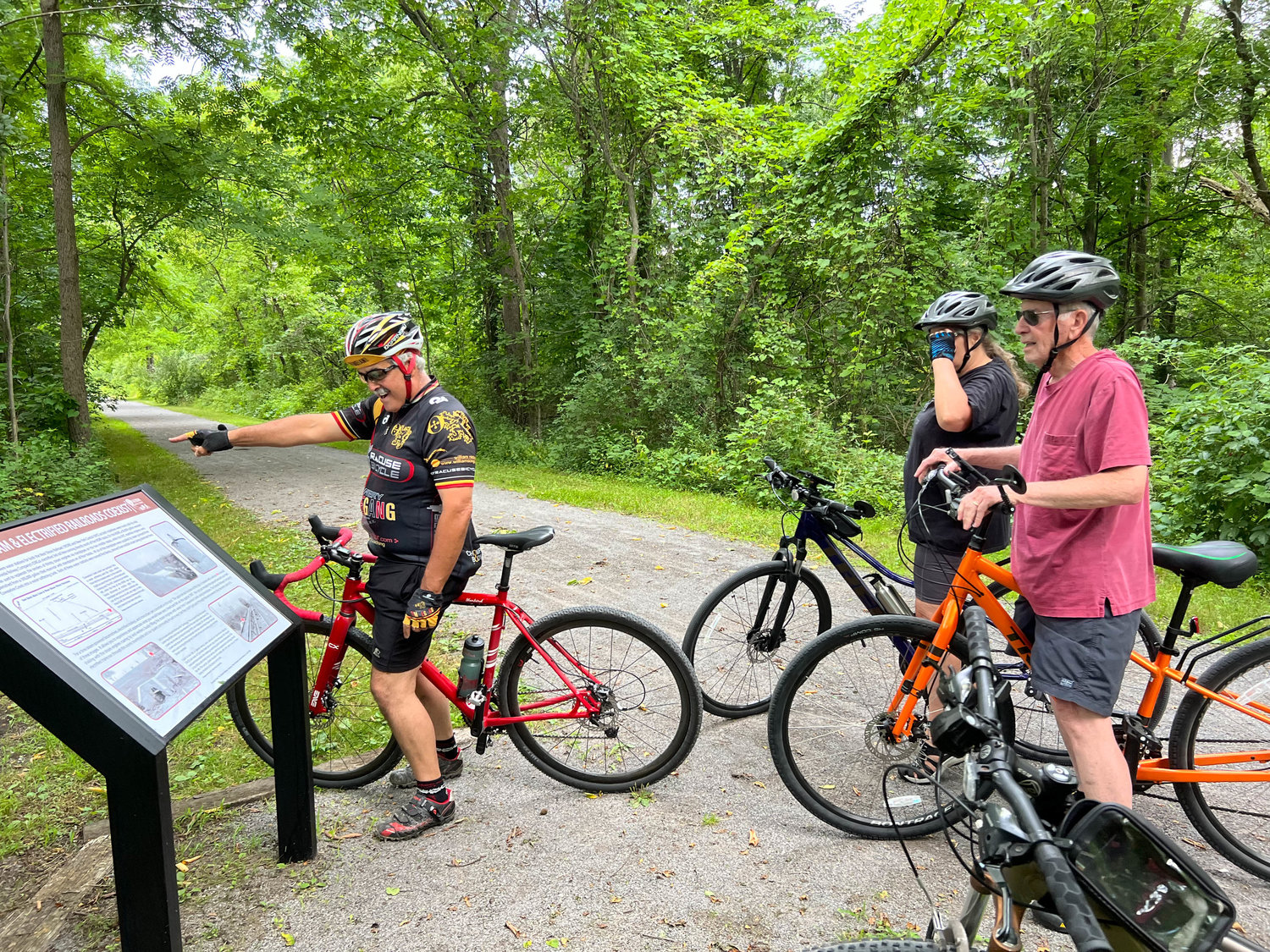 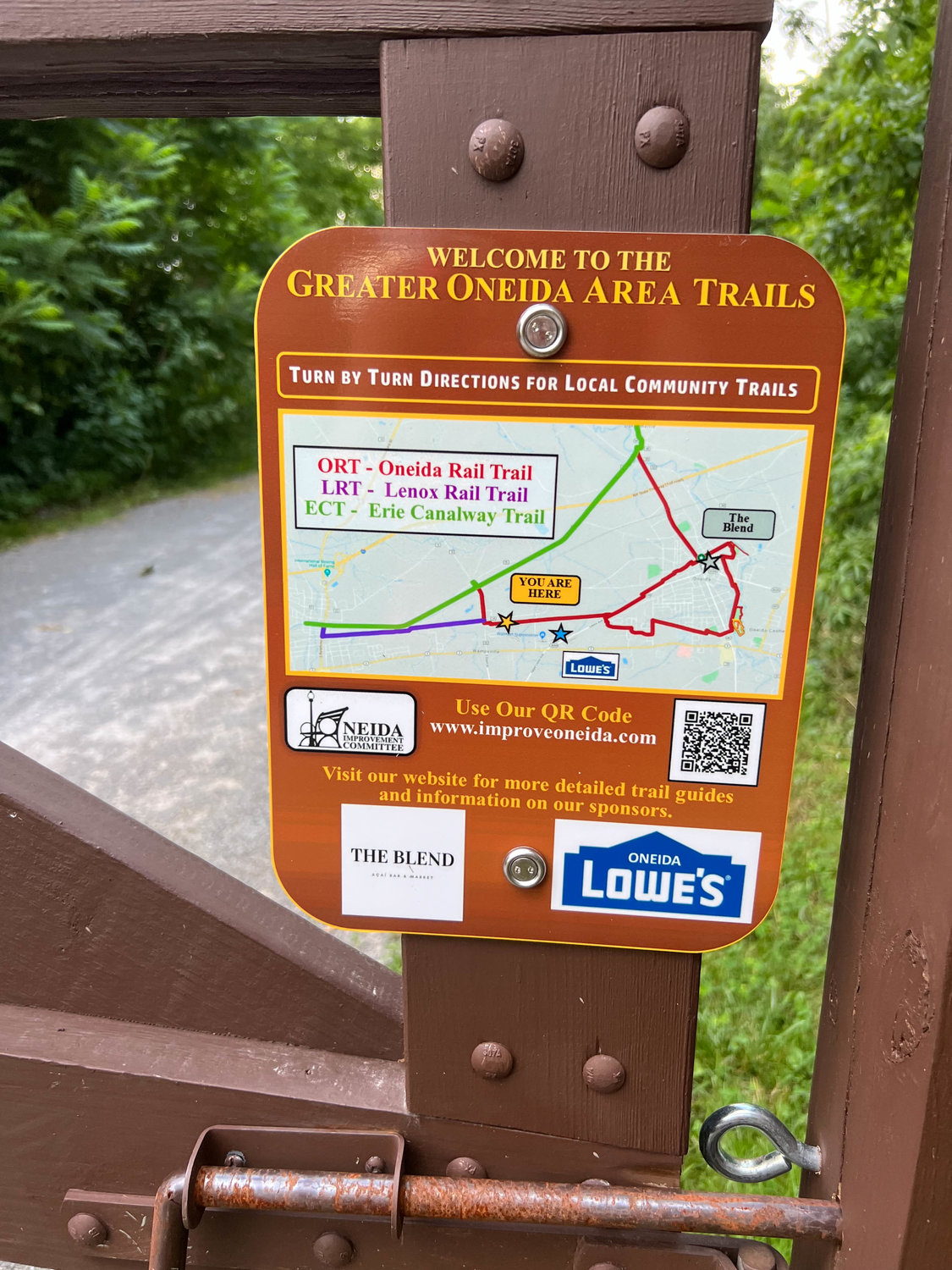 ONEIDA — Bikers pedaled along some of Oneida’s deepest history on Tuesday during “Tuesday on the Towpath,” conducted in part by the Oneida Improvement Committee, Oneida Community Mansion House, and the Chittenango Landing Canal Boat Museum. The approximately eight and a half mile tour encompassed parts of the Erie Canal and the Oneida Rail Trail, with lessons in history provided by Joe Magliocca, of the Oneida Improvement Committee, and Christine O’Neil, of the Oneida Community Mansion House.

“Tuesdays on the Towpath has been around for more than a decade,” explained Jamie Kowalczk, assistant director of the Madison County Planning Department who has ties to the event. “It’s a bike-ride series along the canal in Central New York, and different communities pick a different Tuesday throughout the summer to host the ride so that people get to see a variety of sections and have different speakers.” Oneida has been a host a handful of times, she said.

While exploring the Erie Canalway/Empire State Trail and its connection with the Oneida Rail Trail, cyclists learned about the Oneida Creek Aqueduct, the site of the former Durhamville boatyard, and Oneida’s new historic signs, which share Oneida’s history of industry and transportation.

This wasn’t Marion and Glenn Gaslian’s first time on the trails, but it was the avid bikers and married long-time Oneida resident’s first time taking part in Tuesday on the Towpath. The couple was seeking a fun communal ride while learning something new along the way. “This was a spur of the moment thing. We were scrolling through Facebook, and I found the event,” Marion said. “We’ve been looking for other people to ride with, get out in the community a little bit more, and that’s why we’re here tonight.”

That history is intertwined with the Oneida Community Mansion House, and its impacts continue to this day, O’Neil said. “We’d like to highlight the fact that the Erie Canalway Trail and the Oneida Rail Trail are routes that tourists and visitors to the Mansion House use,” she remarked. Touring cyclists arrive at the National Historic Landmark and museum weekly, she explained – just recently, three doctors flew themselves and their bikes over from Germany to take part in the Empire State Trail and make a pit stop at the Mansion House.

The Oneida Rail Trail is a great local asset that diverts riders “looking for local, authentic amenities” into the city, O’Neil said. How the European guests made it to the Mansion House – which is not formally connected to either trail – is unknown, but that’s why advocating for these trails and drawing those connection for tourists is important, she said. “This is just better connecting us to the city of Oneida,” O’Neil said of the Mansion House’s involvement in the tour. “By doing this we’re talking about the industrial, social history of Oneida with Joe and we’re also learning more about the trail and ways visitors can connect to [it].”

In the 1800s, tourists were making use of the trails, too, but by locomotive, she explained. The New York Ontario and Western rail line – which is one of three lines comprising the Oneida Rail Trail – used to take Mansion House visitors to Kenwood Station, she and Magliocca explained. “[The railroad] ran right through the golf course, right along Sunset Lake. There’s multiple abutments from where the bridges were there. You can see all of it,” Magliocca said.

The Oneida Rail Trail currently ends near the intersection of the Oneida Railway Company and New York Ontario and Western lines, where centuries ago, the Oneida Castle Station used to be. In its place is Walgreens located at the corner of Main and Genesee Streets. “The bridge that’s back there is remarkable,” Magliocca explained of the area. “There was an Elizabethan-type structure there because it was the intersection of all the railroads. The electric trolley, steam engines in every direction – it was three stories tall. We have a model of it at the Rec Department.”