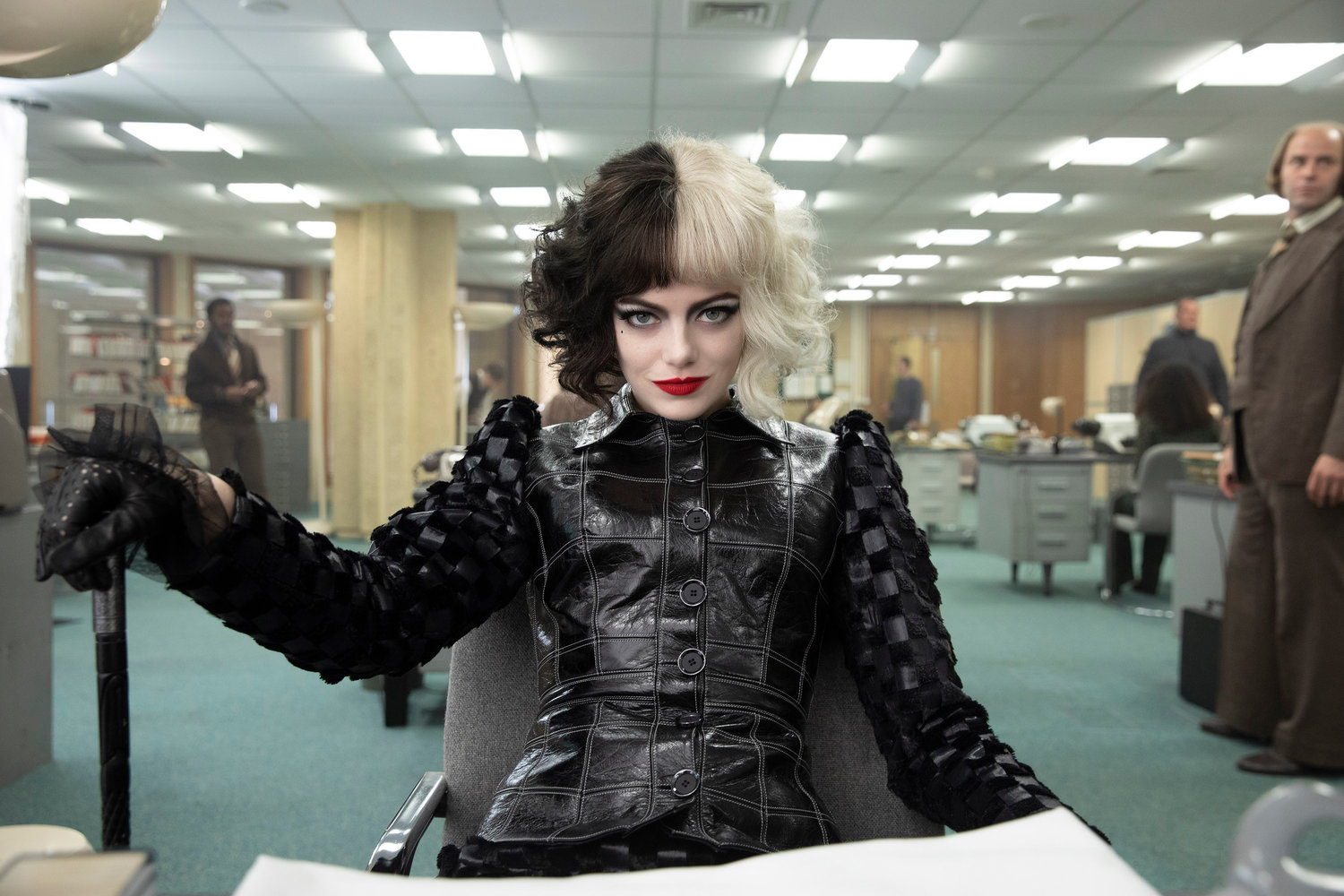 origin story — Emma Stone in a scene from “Cruella.”
(Laurie Sparham/Disney via AP) 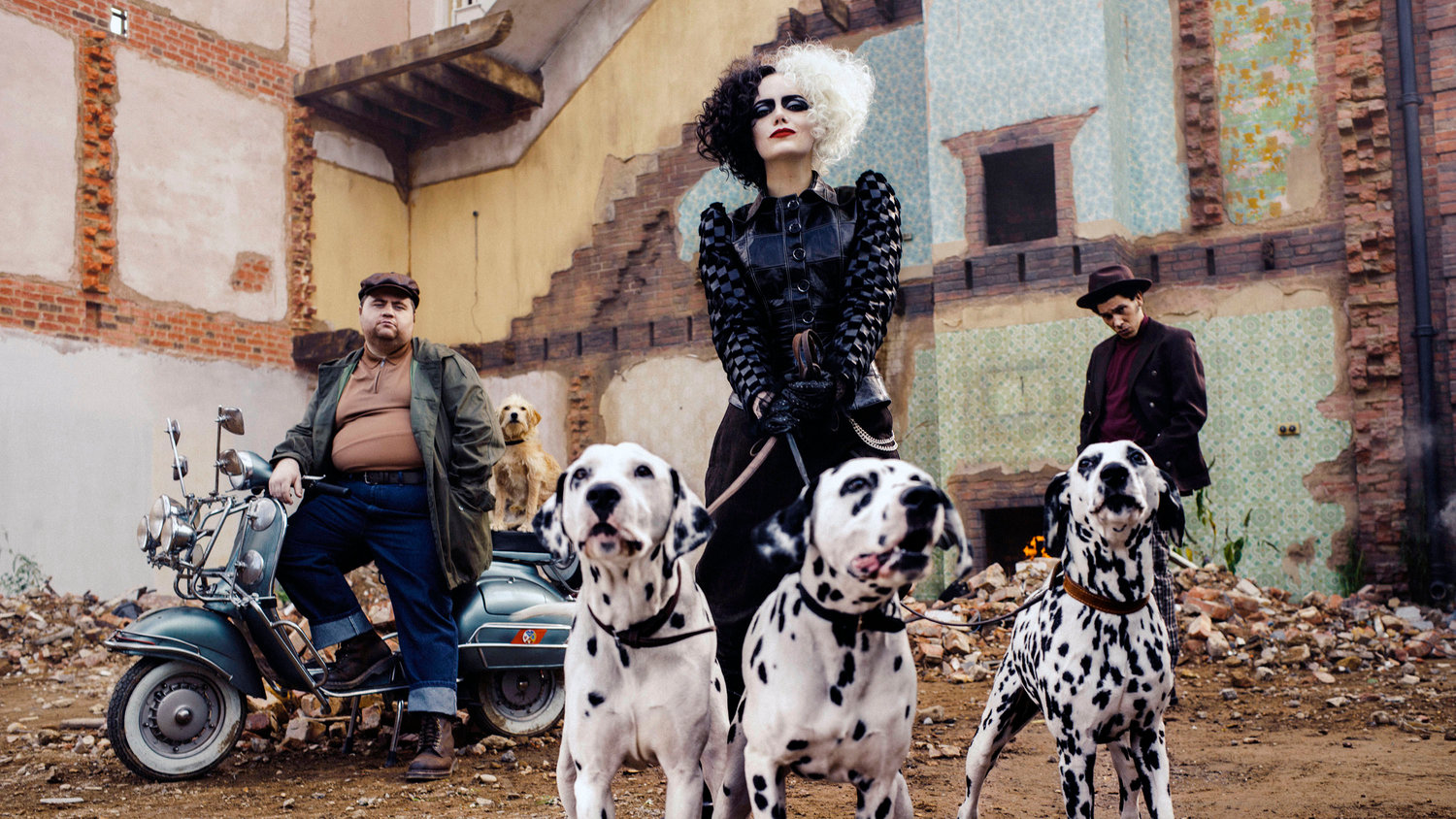 VILLAIN — Paul Walter Hauser, from left, Emma Stone and Joel Fry in a scene from "Cruella."
(Disney via AP) 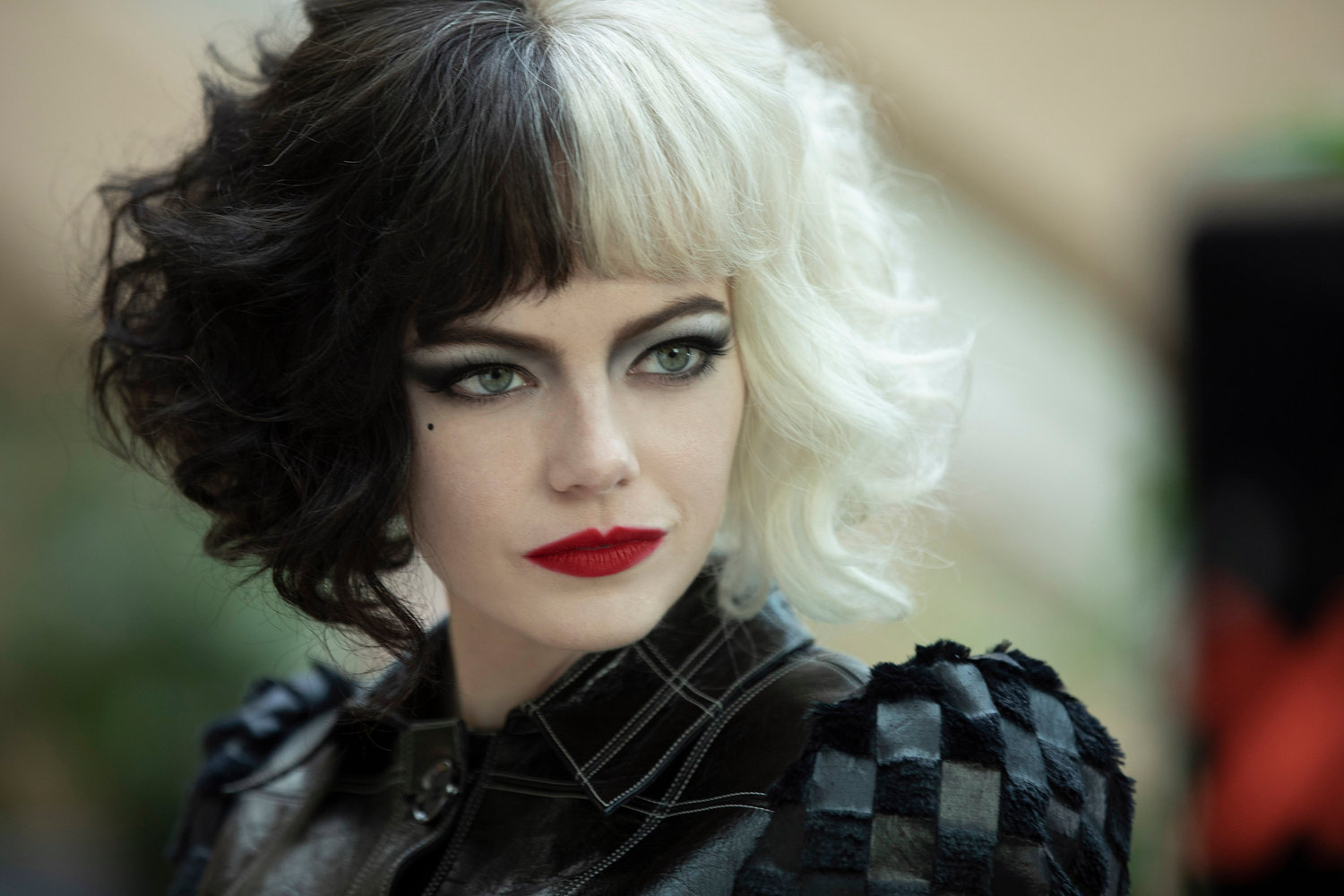 Disney decided to go in a different direction with “Cruella,” its latest live action cartoon adaptation. It has made a long, lightweight film with just enough style and energy to be enjoyable.

Disney already made a live action “101 Dalmatians” movie all the way back in 1996, starring Glenn Close as the famous villainess Cruella de Vil. So rather than remake that remake, Disney has cast Emma Stone to tell Cruella’s slightly altered origin story. Was anybody clamoring for such a thing? No.

Is it worth a watch anyway? Sure. “Cruella” is playing in theaters and available on Disney+ for a premium price.

Stone plays a young orphan named Estella who is known for her shocking half-black, half-white hair and her punk rock fashion sense. “Cruella” is the name she gives her rebellious, mischief-making side, and it’s the name she uses when she bursts onto the scene of London’s famous West End fashion world.

But she’s not just there to sell dresses. Cruella is also out for revenge.

“Cruella” the movie is a bit long with not a whole lot to say. Everything entertaining in this movie rests entirely on its sense of style. And, for the most part, that sense of style carries the film. It’s fun to watch, especially when it’s trying really hard to be stylish. Whoever designed this movie put a ton of work into the look, feel and personality of the main character, and it’s a treat.

Emma Stone does an especially fun job embodying the punk rock aesthetic given to her character. She carries a diabolical energy throughout the film, aided immensely by the makeup and costuming departments. This version of Cruella de Vil is a fun character to watch on screen.

The only real issue is that there’s a heck of a lot of movie around her. “Cruella” starts with her birth and goes over all of the finer details of her childhood and young adulthood. It’s a full 30 minutes before the actual plot kicks in, and there’s a lot of that to get through. And even then, all of that plot boils down to a couple of fashion designers sniping at each other.

Fortunately, there are just enough fun fashion designs and fiendish heists to make it all worthwhile in the end.

And they changed Cruella de Vil’s story so that it doesn’t have anything to do with killing and skinning puppies. That would have been a gnarly holdover from the “101 Dalmatians” version of the character.