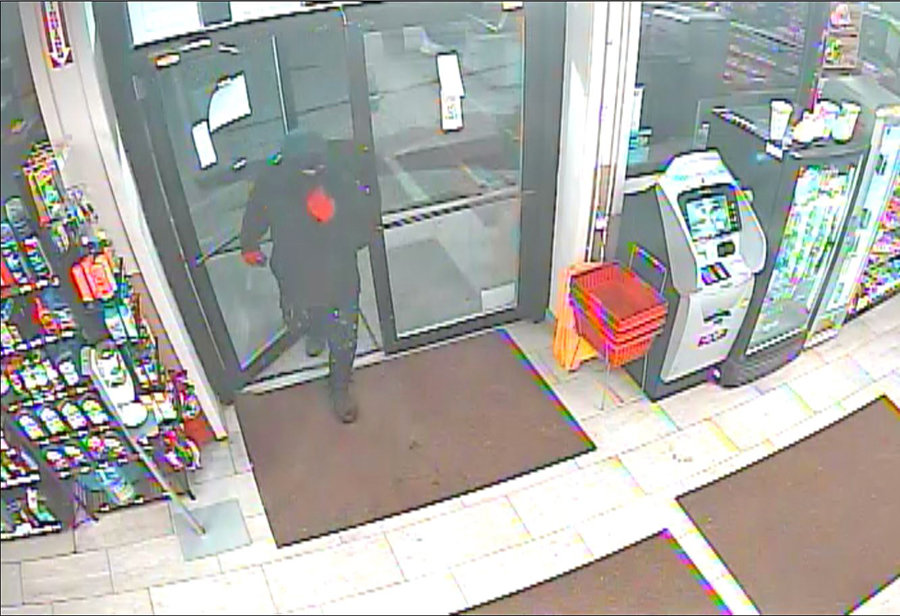 ROBBERY SUSPECT — Dressed all in black with bright red gloves, this man is wanted for robbing the Stewart's Shop in Bridgewater at gunpoint early Friday morning. Anyone who recognizes the suspect is asked to call the Sheriff's Office at 315-765-2226.
(Photo submitted)
Posted Friday, April 15, 2022 3:07 pm

BRIDGEWATER — The Stewart’s Shop on Route 8 in Bridgewater was robbed at gunpoint early Friday morning and the search is ongoing for the suspect, according to the Oneida County Sheriff’s Office.

Sheriff’s deputies said a man dressed in all black and wearing a ski mask entered the convenience store at about 5:16 a.m. and displayed what appeared to be a handgun. The thief stole an undisclosed amount of cash and then fled the store on foot.

No one was injured.

Investigators are asking that anyone in the area at the time of the robbery who may have seen the suspect or seen something suspicious to call the Sheriff’s Criminal Investigation Unit at 315-765-2226 or Inv. Ryan Matt at 315-765-2784.