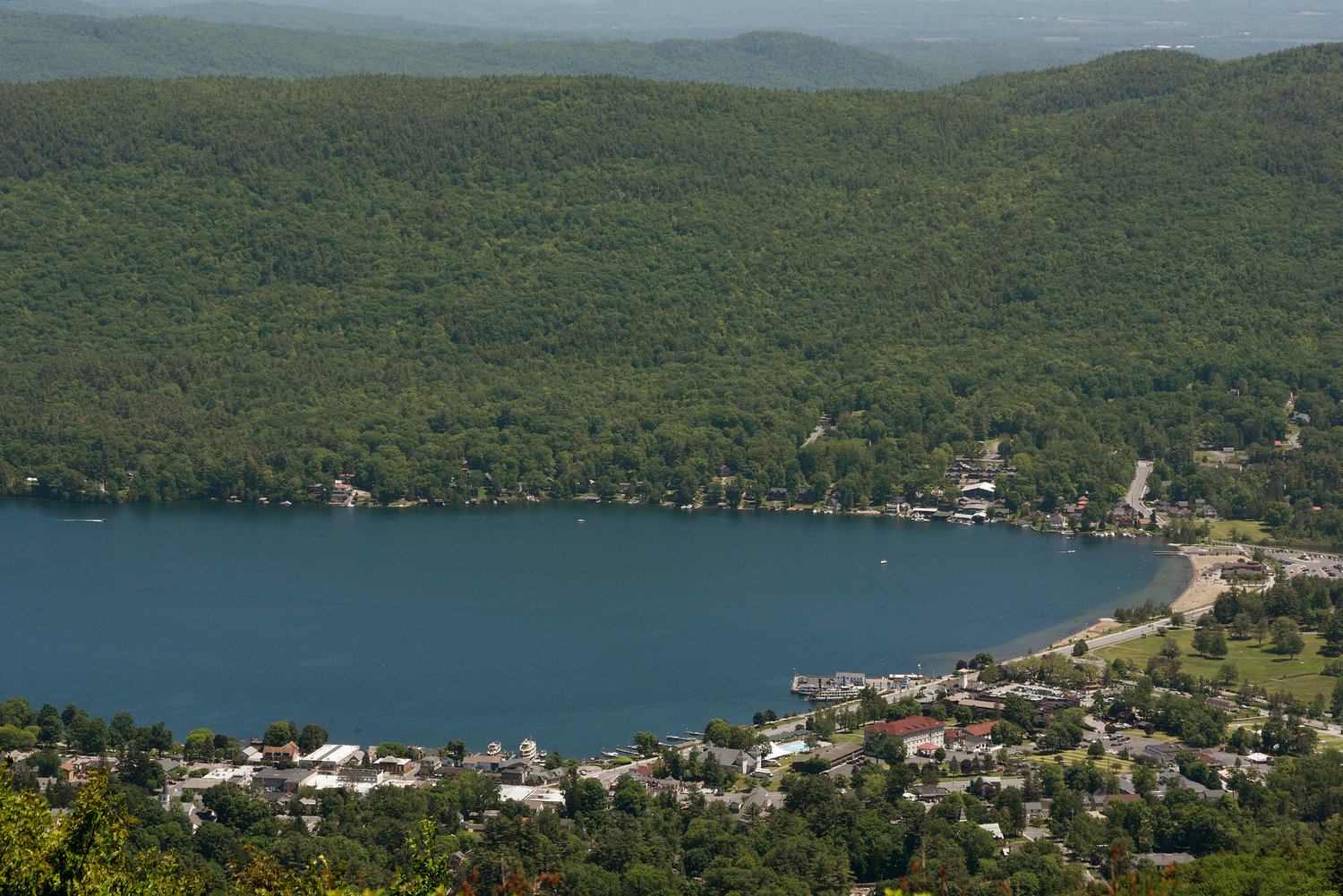 LAKE GEORGE — A plan to kill invasive milfoil with herbicide in two Lake George bays faces what may be its biggest hurdle Thursday.

The Adirondack Park Agency is scheduled to vote at its monthly meeting on the Lake George Park Commission’s request for permission to undertake the test project.

The other state agency with regulatory oversight of the plan, the state Department of Environmental Conservation, has already granted approval.

The project has become controversial: The Lake George Association and Lake George Waterkeeper are urging the APA to deny the request on grounds that there are too many unknowns and therefore too much potential negative impact on the lake, which is a source of drinking water and a major tourism draw.

During the public comment period, the APA received numerous letters of opposition from individuals, many of them identically worded and urging that hand-harvesting of underwater weeds continue instead without help from chemicals.

The Lake George Park
Commission wants to treat
7.6 acres of the 28,000-acre lake with ProcellaCOR, a next-
generation aquatic herbicide that mimics Eurasian water milfoil’s own growth hormone and
causes it to grow so quickly that the plant essentially
disintegrates.

ProcellaCOR has approval from multiple state and federal regulatory agencies.

There is a body of data that shows it to have no impact on the health of humans, marine life, drinking water and the ecosystem in which it is used.

The Lake George Park Commission cites these data and adds that ProcellaCOR is used worldwide in cultivation of rice eaten by humans.

But ProcellaCor has been on the market for only a few years — and opponents of the commission’s plan are saying, essentially, that there haven’t been enough studies over a long-enough period of time to show it would be safe in Lake George in the long term.

“Do we really want to risk using a toxic chemical in our Lake when the current practice of removing milfoil plants by hand is safe and effective?” the Lake George Association asks in an open letter on its website.

A downstate couple with a house on one of the small islands in the Narrows northeast of Bolton Landing commented: “What I don’t understand is why the LGPC is thoughtlessly rushing to dump ProcellaCOR into the lake knowing that the water current will quickly spread the herbicide throughout the entire basin.”

Comments like these vex David Wick, executive director of the Lake George Park Commission, who said he’s been doing little else but responding to people riled up by the Lake George Association’s stance.

He said the chemical isn’t toxic, LGPC is neither thoughtless nor rushing, the chemical will be spread (not dumped) at a rate of 7 parts per billion and the current won’t disperse it. It was chosen because it has been shown to be safe and effective, he said.

Eurasian water milfoil can grow 20 feet tall, and there are thousands of acres in the Queen of American Lakes that are less than 20 feet deep.

To keep the weed from spreading, the commission uses lake-bottom mats and hires divers to rip out weeds by hand. Both have their own drawbacks: Mats also block beneficial native water plants while hand-harvesting costs $9,000 a week and roils sediment up into the lake’s famously clear water.

The previous three years of milfoil control cost a combined $1.2 million, an unsustainable sum, the commission said. So it’s seeking to test ProcellaCOR in Glenburnie Bay in the town of Putnam and Sheep Meadow Bay in the town of Dresden, both in the northeast corner of the lake.

ProcellaCOR is shown to be effective and safe worldwide, Wick said, and breaks down into its components within 24 to 48 hours.

One of the longer and more measured comments submitted to the APA about the plan was from a regional advocacy group, the Adirondack Council.

The council said while it appreciates the ecological and economic harm of milfoil, it supports waiting to see if there are any unexpected impacts of using ProcellaCOR in other Northeast lakes, including Lake Minerva in the Adirondacks, where it was applied two years ago.

Proposed use of ProcellaCOR has proved controversial elsewhere, including Chautauqua lake in southwest New York and Lake Bomoseen, just over the Vermont border.

But Wick is satisfied it’s the best solution available.

If the APA rejects the project at its meeting Thursday, Wick said, that will probably be the end of the proposal.

If the APA approves the plan, the 10-member Lake George Park Commission will vote at its April 26 meeting whether to go forward with the project, and if so, whether to accept what is likely to be the lone bid to spread the herbicide.

If the commission accepts the bid it will sign the contract April 27 and the project will be carried out on a single day in June.

The commission has scheduled a virtual public information session from 3 to 4:30 p.m. Friday. Signup details will be posted on the commission website earlier that day.