Community turns out for Fourth of July

As the United States of America celebrates 246 years of independence from Great Britain, cities from all over the nation held parades and events in recognition of Independence Day.

Community turns out for Fourth of July 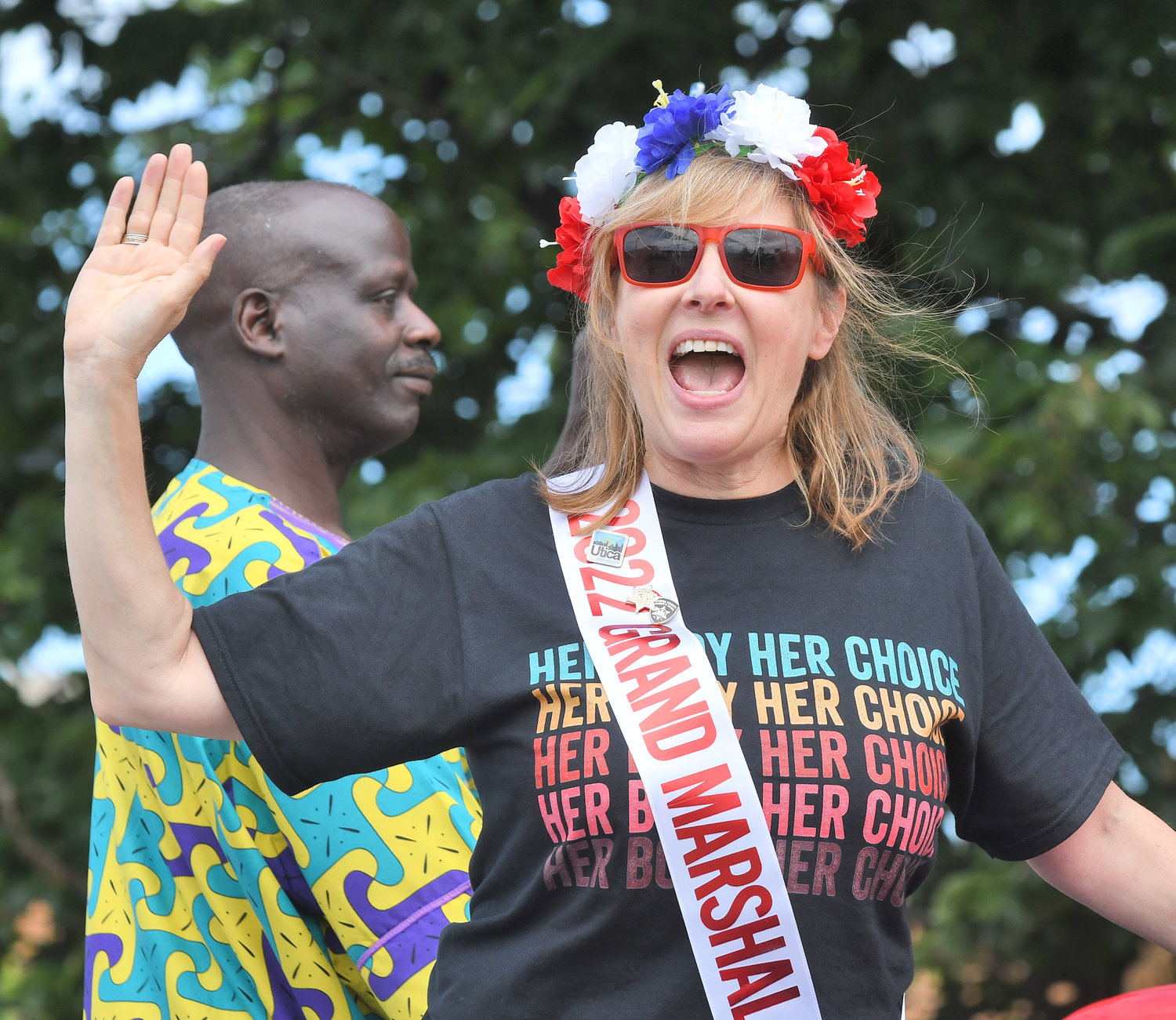 Pictured is the 2022 Grand Marshal of the Utica Fourth of July parade, Shelly Callahan, executive director of The Center in Utica.
(Sentinel photo by John Clifford) 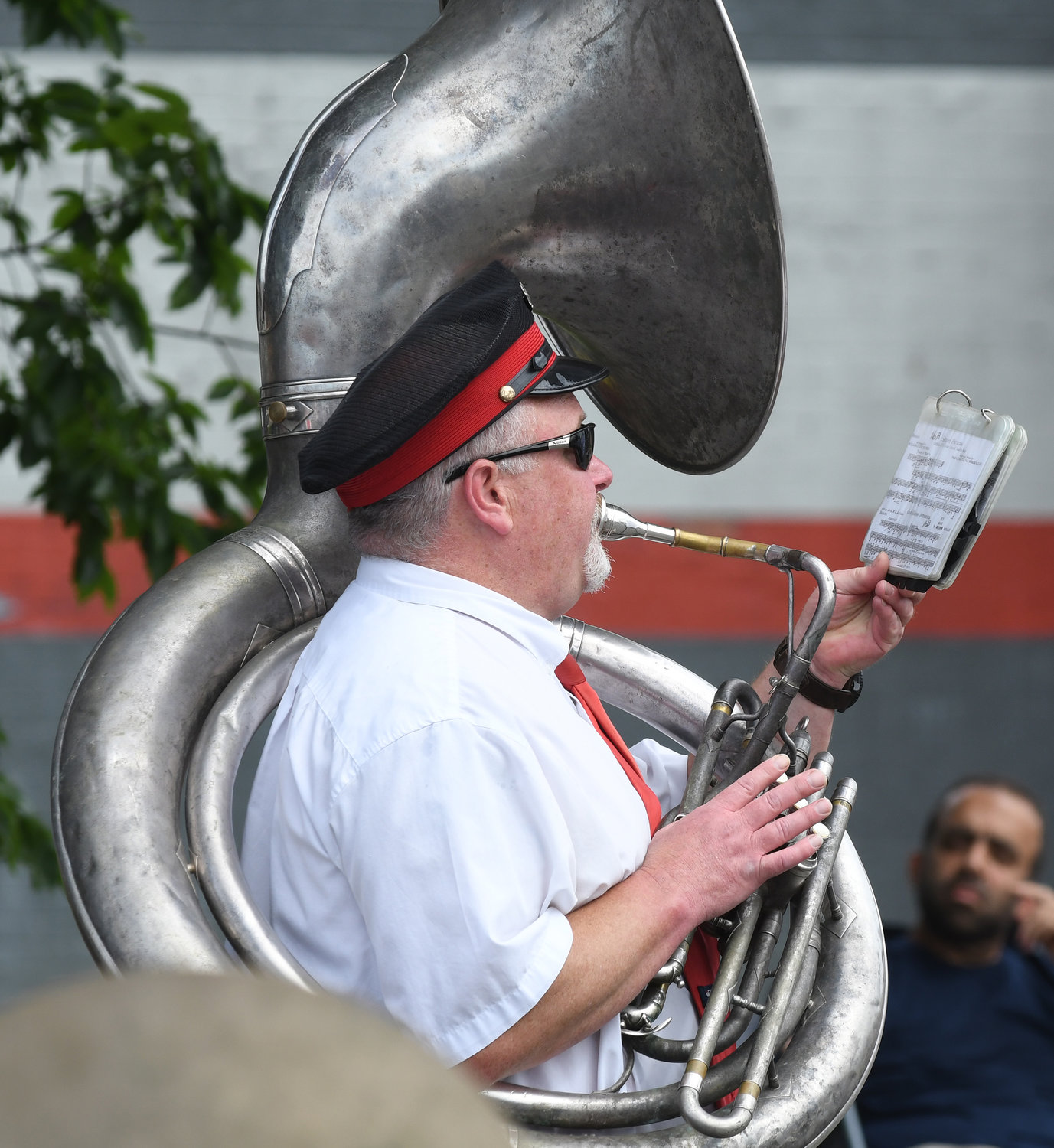 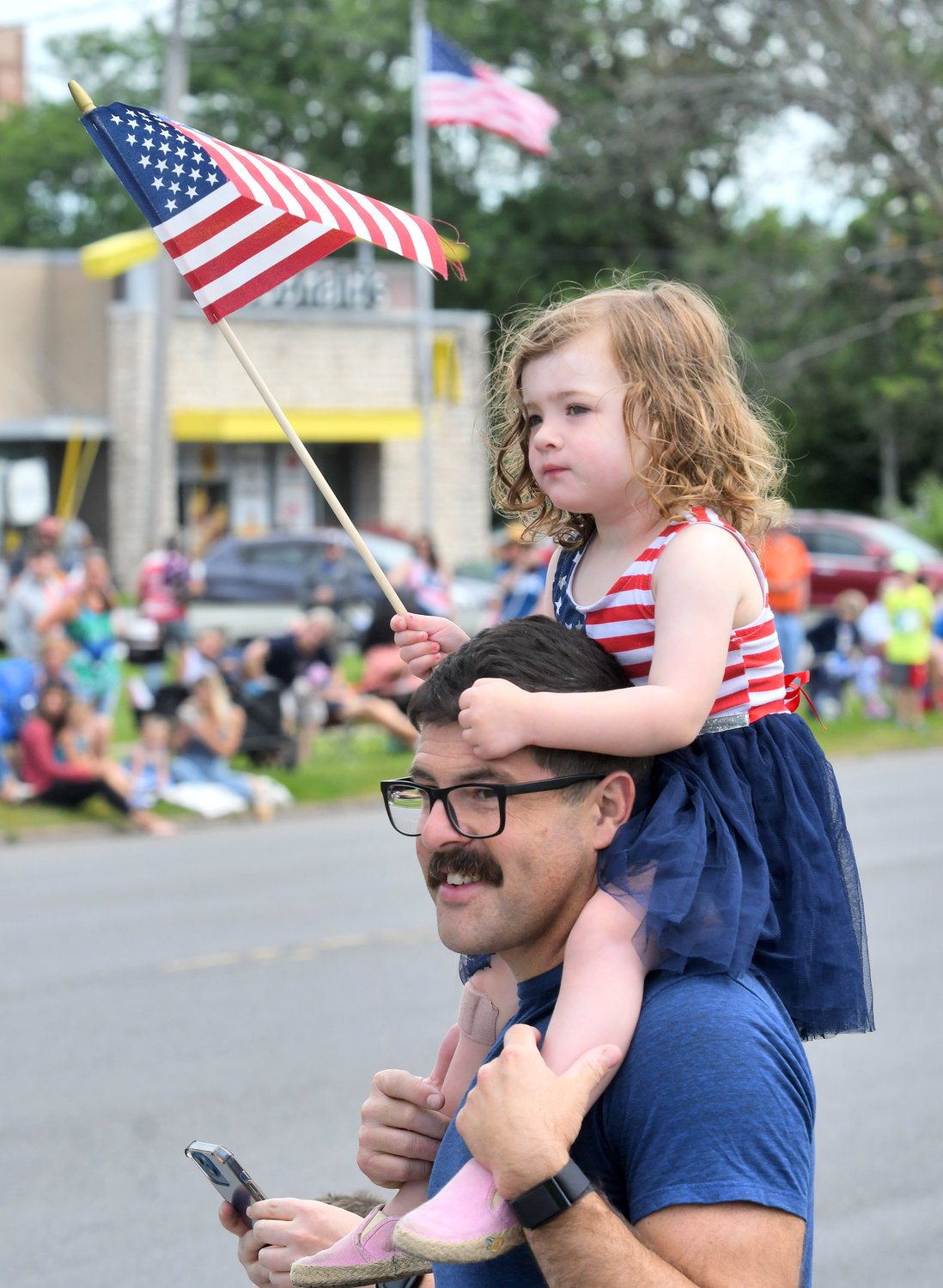 Lilia McMyler, 2, sits on the shoulders of her dad, William McMyler, as the Fourth of July parade — featuring dozens of local groups and organizations — approaches them on Genesee Street in Utica.
(Sentinel photos by John Clifford) 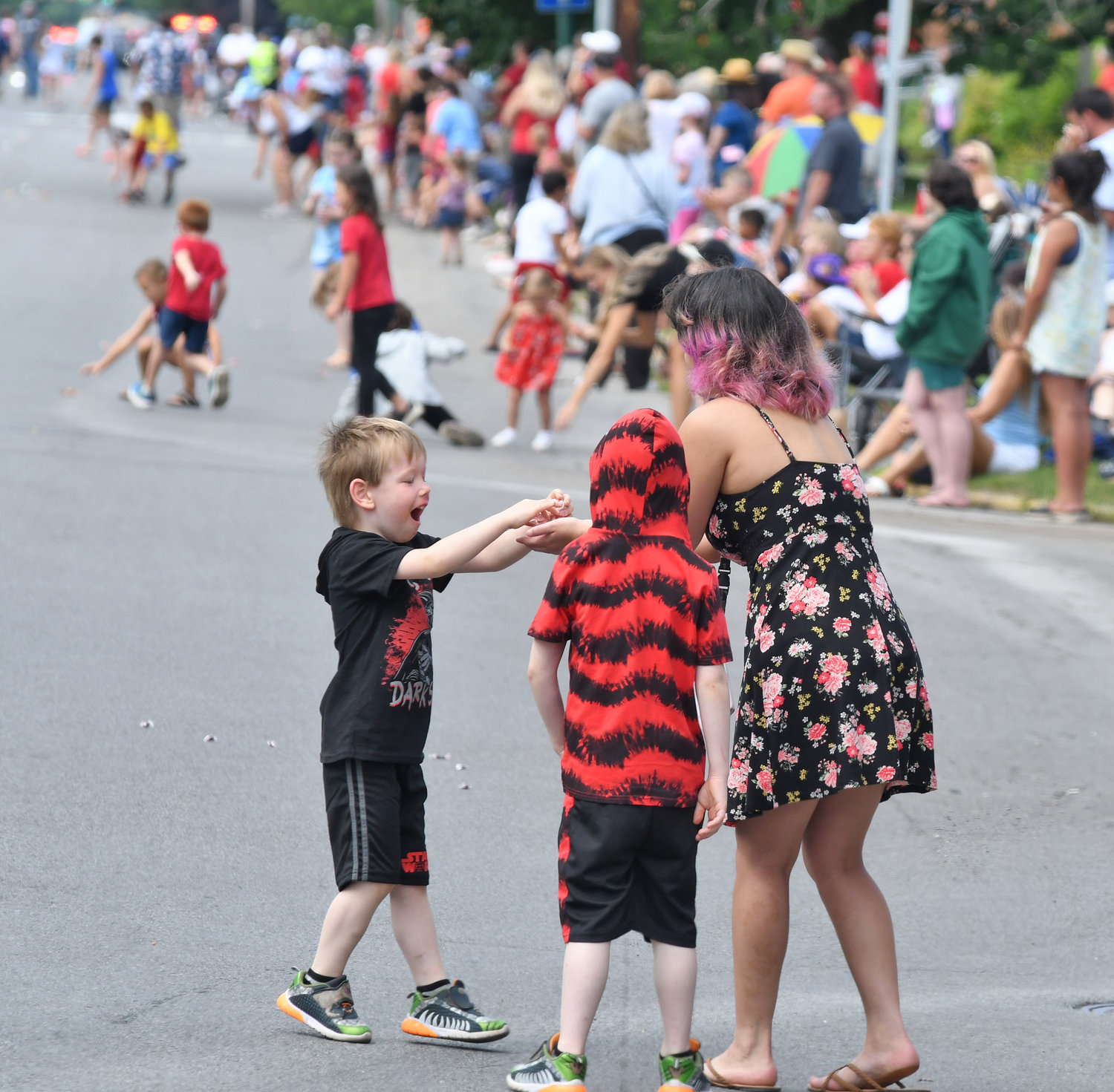 Fourth of July parade watchers collect the candy that was thrown out for them along the Genesee Street route.
(Sentinel photo by John Clifford)
Previous Next
Posted Monday, July 4, 2022 9:50 pm
Thomas Caputo
Staff writer
email

UTICA — As the United States of America celebrates 246 years of independence from Great Britain, cities from all over the nation held parades and events in recognition of Independence Day.

People, businesses and organizations across the Mohawk Valley lined up behind the Church of Our Lady of Lourdes across the hospital to participate in the parade. Once the parade began, sirens and horns could be heard echoing down Genesee St. as participants began following the parade route.

Utica resident Tazz Hanna was one of the many people who gathered along Genesee Street to watch the parade pass by.

“I love coming out to community things,” Hanna said. “I like to see all this stuff.”

Assemblywoman Marianne Buttenschon, D-119, Marcy, was one of the many people featured in the parade’s lineup, celebrating the holiday with her constituents.

“This is the most exciting day, the Fourth of July,” said Buttenschon.

“Family and friends are here with me. We enjoy seeing everyone along the parade line and passing out some candy and making sure that smiles are everywhere,” she added.

The celebrations continued later in the evening with the city’s Party in the Park, where people enjoyed live music, food trucks and the annual fireworks show at F.T. Proctor Park.

Utica’s annual Independence Day events, originally organized by the Genesis Group for the past 21 years, is now organized by Vincent Scalise and the Utica Center for Development.

Scalise is the founder and executive director of the Utica Center for Development. With 2022 being his first year of organizing the events, Scalise took on the responsibility to continue the tradition of celebrating the Fourth of July in Utica and to establish local pride.

“It gives me a renewed sense of patriotism,” said Scalise. “With everything that’s been going on, I’m glad to see people who can just get together and celebrate the birth of our nation.”

To view a gallery of photos taken at the parade, visit: romesentinel.com/stories/gallery-utica-independence-day-parade-monday-july-4-2022,137393