CLINTON — Clinton Symphony Orchestra of the Mohawk Valley has announced the appointment of its new music director, Octavio Más-Arocas. An award-winner conductor, Más-Arocas is also Director of … 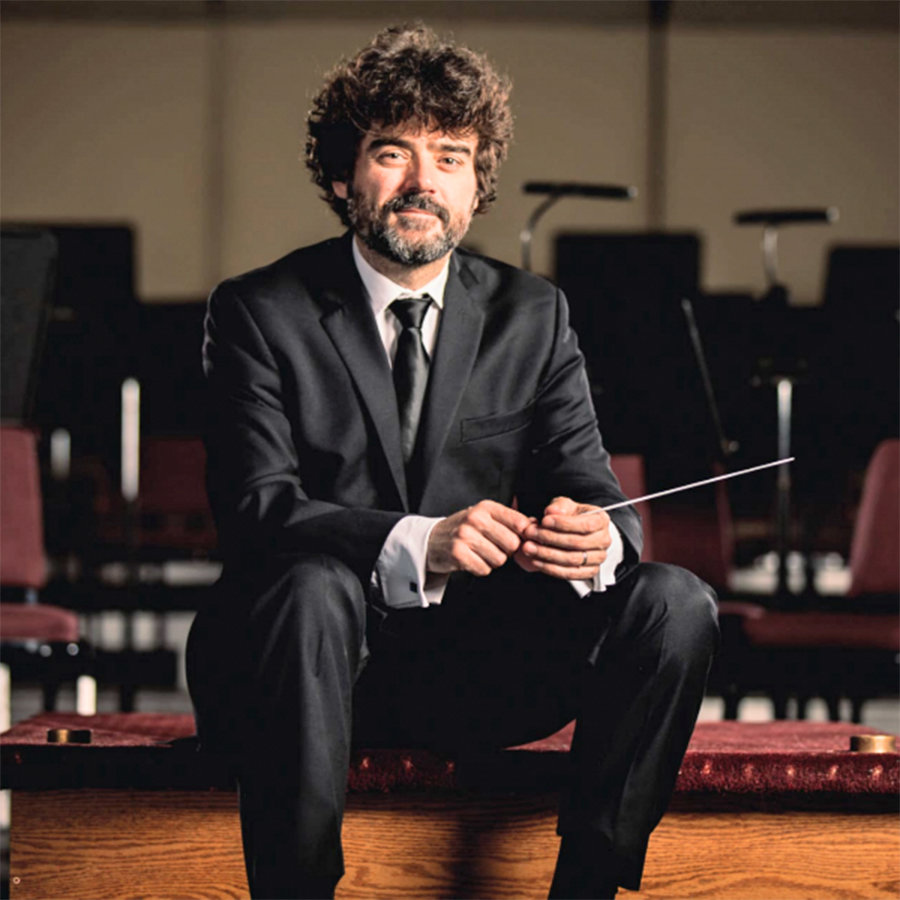 FEATURE PERFORMANCE — Award-winning conductor Octavio Más-Arocas leads his orchestra. He will be featured conductor for Clinton Symphony Orchestra of the Mohawk Valley's feature concert of 2021, A Celebration of Strings, to be held at the Clinton Schools Performing Arts Complex at 2:30 p.m. Sunday, Oct. 3.
Picasa
Previous Next
Posted Wednesday, August 25, 2021 4:00 pm

CLINTON — Clinton Symphony Orchestra of the Mohawk Valley has announced the appointment of its new music director, Octavio Más-Arocas.

An award-winner conductor, Más-Arocas is also Director of Orchestras and Professor of Orchestral Conducting at Michigan State University College of Music, serves as Music Director and Conductor of the Mansfield Symphony Orchestra in Ohio, is Principal Conductor of the Marquette Symphony Orchestra in Michigan, and is Conductor-in-Residence at the Cabrillo Festival of Contemporary Music in California.

In 2013, Más-Arocas was the Resident Conductor of the Unicamp Symphony Orchestra in Campinas, Brazil, where he was also a Visiting Professor of Conducting at the Universidade Estadual de Campinas.

After winning the Felix Mendelssohn-Bartholdy Scholarship, Más-Arocas worked as Maestro Kurt Masur’s assistant with the Leipzig Gewandhaus Orchestra and the Helsinki Radio Orchestra, and made his German conducting debut with the Leipziger Symphonieorchester.

Más-Arocas has conducted orchestras across North and South America and Europe and has taught workshops and masterclasses in the U.S., Portugal, Brazil, and Spain. He is currently on the faculty of the Cabrillo Festival Conducting Workshop and the Ithaca International Conducting Masterclass.

Maestro Más-Arocas was guest conductor for the Clinton Symphony Orchestra’s last concert in October 2019. He returns to conduct the Orchestra’s Sunday, Oct. 3, concert for the first time as the CSO music director.