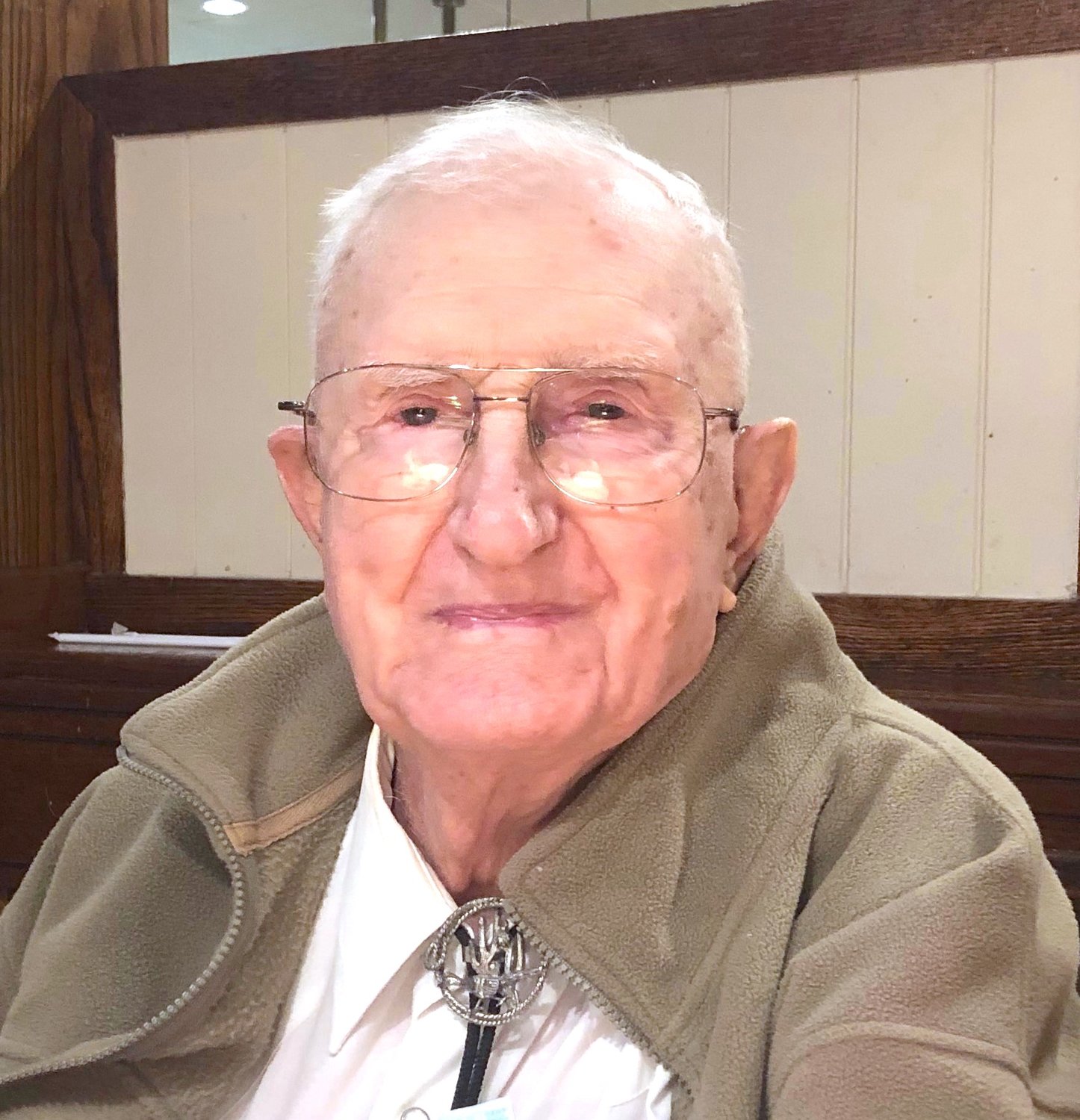 BOONVILLE — Clarence R. Gallaway, 95, of Echo Lake Road, went home to be with the Lord on Thursday, October 7, 2021, while under the loving care of his family and Hospice.

Clarence was born on September 29, 1926, a son of Clarence and Delma Hutchanson Gallaway. He grew up in Rome, graduating from Rome Free Academy with the Class of 1947. While attending a local square dance, Clarence met his lifelong dance partner, Nellie May Williamson; the couple were united in marriage on October 30, 1948, at the First Presbyterian Church of Rome, and have been dancing ever since. For several years the couple resided on Smith Road in Floyd.

Mr. Gallaway was employed as a union carpenter with the Carpenters Union Local #125, Utica. His work took him all over Central NY, and he was proud of being a supervisor on power dam projects at Hinckley and Lyons Falls, as well as an expansion project at Rome Hospital. Following the couple’s retirement, they moved to their current home on the Echo Lake Road, Boonville. Several winters were enjoyed in Arizona and Florida, where Clarence was a champion horse shoe player and enjoyed lawn bowling.

Time spent with his family was cherished by Clarence. He was a Boy Scout leader for his sons, and made many memories on local waterways with his family water skiing and camping. First and foremost, Clarence loved his Lord and Savior Jesus Christ. His steadfast faith was an inspiration to his family. Clarence and Nellie May attended the Redeeming Love Fellowship Church in Stittville for many years, where Clarence also oversaw the building of the new church.

His family would like to thank Hospice & Palliative Care, Drs. SeKula and Corey, Dr. Dimarco, Dr. Sikder, and Dr. Linda Schicker, for their wonderful care and compassion with Clarence.

A Memorial service will be held on Tuesday, October 12, at 12 noon at Trainor Funeral Home, Inc. 143 Schuyler St., Boonville, followed by interment in Boonville Cemetery. There will be a calling hour on Tuesday from 11 a.m. until the service. Memorial Contributions may be made to Hospice & Palliative Care, Inc. 4277 Middle Settlement Road, New Hartford, NY 13413.

For an online message of sympathy, please go to www.trainorfuneralhome.com.